Kids in the woods

creekgeek Posts: 1,042 Officer
October 17 in General Hunting #1
My oldest daughter turned 16 this year so it was time for licenses and quota permits and the whole nine yards. Both my girls have been in the woods a fair bit and been along to harvest deer and hogs and lots of squirrels but the big animals only came on family hunts (to rare) and small game seasons. But this year Marina got a good muzz perm in the redraws and I started thinking about setting up the big double leaner and being locked into one location or packing along the ground blind.  I hunt from a climber and have several so after a few days of stewing over it I told her we would try climbers. It's always a bit of a trick to teach people the foot control on the bottom part of a climber soi knew we need some repetition. The first go was rough and the big pine tree we were practicing on grabbed the cable a lot so you really had to tilt forward then pull back and lift. She started to get about the same time that we were both getting heat stroke so we quit and headed to the house. Day two was better. She was eager to try again. Big pine bark was still a challenge but definitely went more smoothly. I felt we were on the right track and was confident the leaner was going to stay in the garage. Today we tried a neighbor's palm tree. Not the deadly queen palm that's like rock on the outside but a Washingtonian with some grip.  I've attached a couple of images of her efforts.  Kids learn dang fast.  I wasn't sure about height concerns for her but originally thought, heck, if she'll go 8 feet we are not dragging that leaner around. She was up about 15 today and I said that's enough. I put my climber on and got up just beside but below her as I think that's how we'll do it if there are not two trees within a few feet of each other. The first thing she asked was, "can I go higher?" 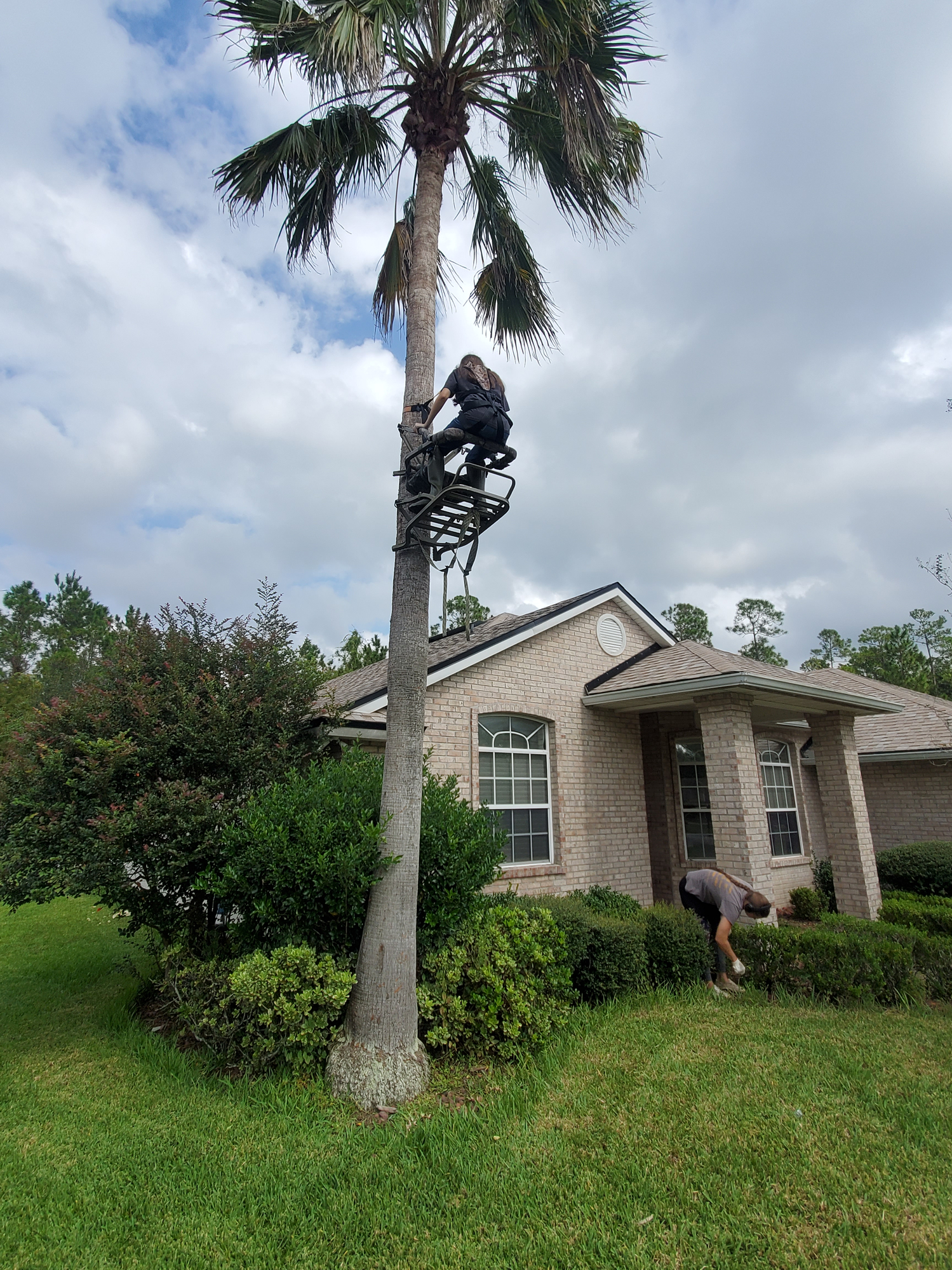