Remo Posts: 72 Deckhand
September 17 in East Central General Fishing & The Outdoors #1
15 Sept 2020...Wabasso/Vero...Another wonderful day.  Early Mullet run is in full swing.  Saw a large school of Jacks tearing up one flat and several smaller schools on other flats.  Seeing schools of Mullet, all sizes cruising.  Caught the strangest looking Red, gray back, white belly, big fins and a mouthful of teeth.  Pitching the Baby Vudu Shrimp to a seawall for Sheepshead, got a strange thump.  Turned out to be a 33 “ Bull Shark, first thought was that it was a big Red.  The sad part for me was that it did not fight as hard and long as the 30 plus inch Tarpon that I caught 30 minutes earlier.  Tarpon was another wonder.  Getting used to the double bump, getting a solid hook set.  Would have to really screw up to lose it.  Baby Vudu Shrimp was buried in the top jaw and the TA Clip was positioned so that there was no chance of chew through, had a hard time getting the hookout.  Saw a couple more Sharks cruising and more Tarpon rolling, was more interested in Sheepshead.  Managed to get a pair of Sheepshead.  First one followed out of the Mangroves.  Saw it early enough and let the Baby Vudu fall.  Super light tap, good hookset.  Just over 14 “.  Next one came while I was skipping back under a dock.  Skipped all the way to the seawall.  Solid hit, just barely legal.  Snapper were the predominant species for the day.  They were everywhere.  Actually had three legal size.  Biggest surprise of the day.  Working a point.  Jacks tearing up the neighborhood.  Spotted a school of Greenies.  Half hearted cast, solid hit, thinking another Snook.  Wrong guess, a 16 plus inch Trout.  Would call it a fairly successful day, a Tarpon and Trout CCA entry.  All players released for future encounters. 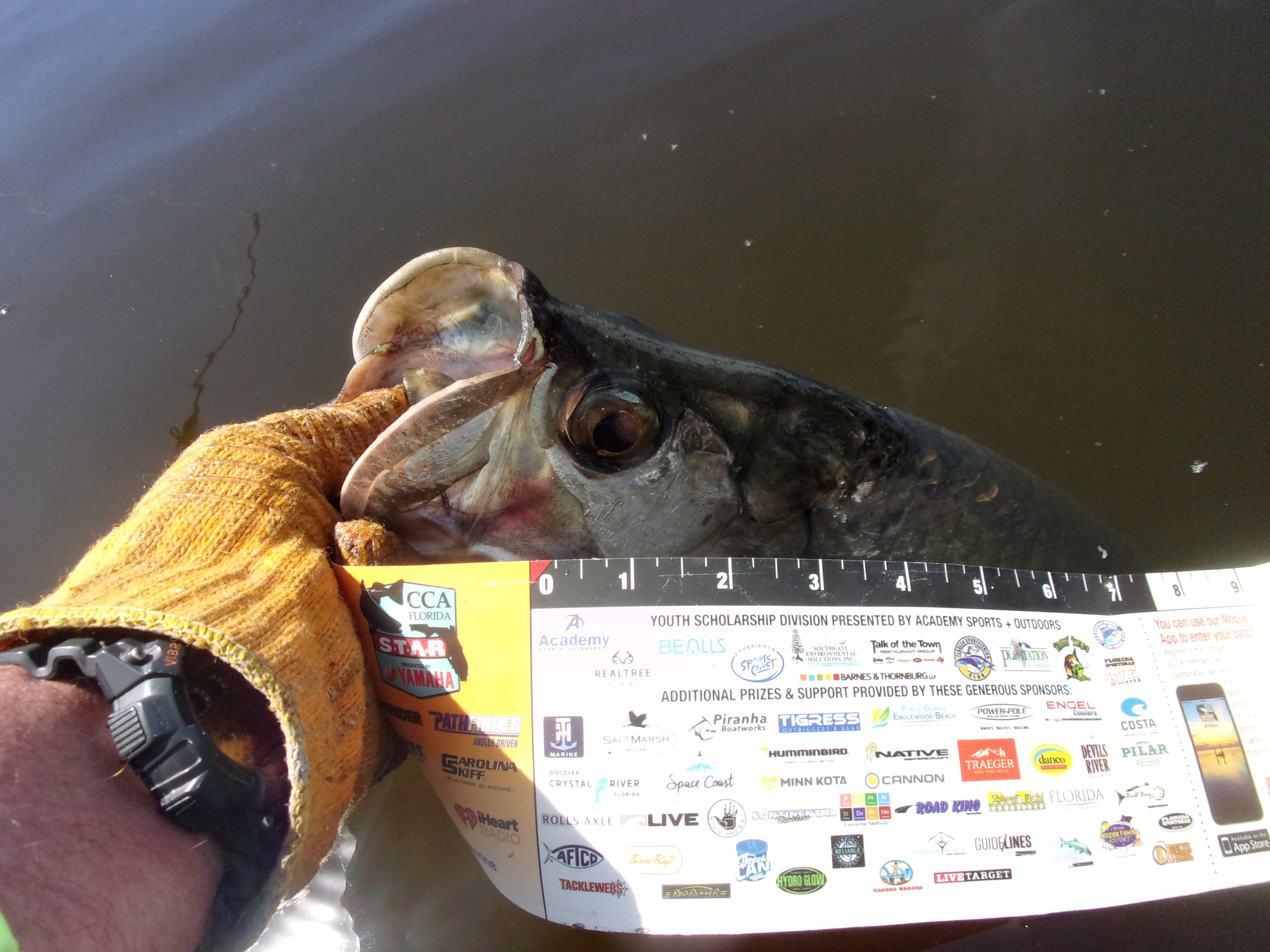 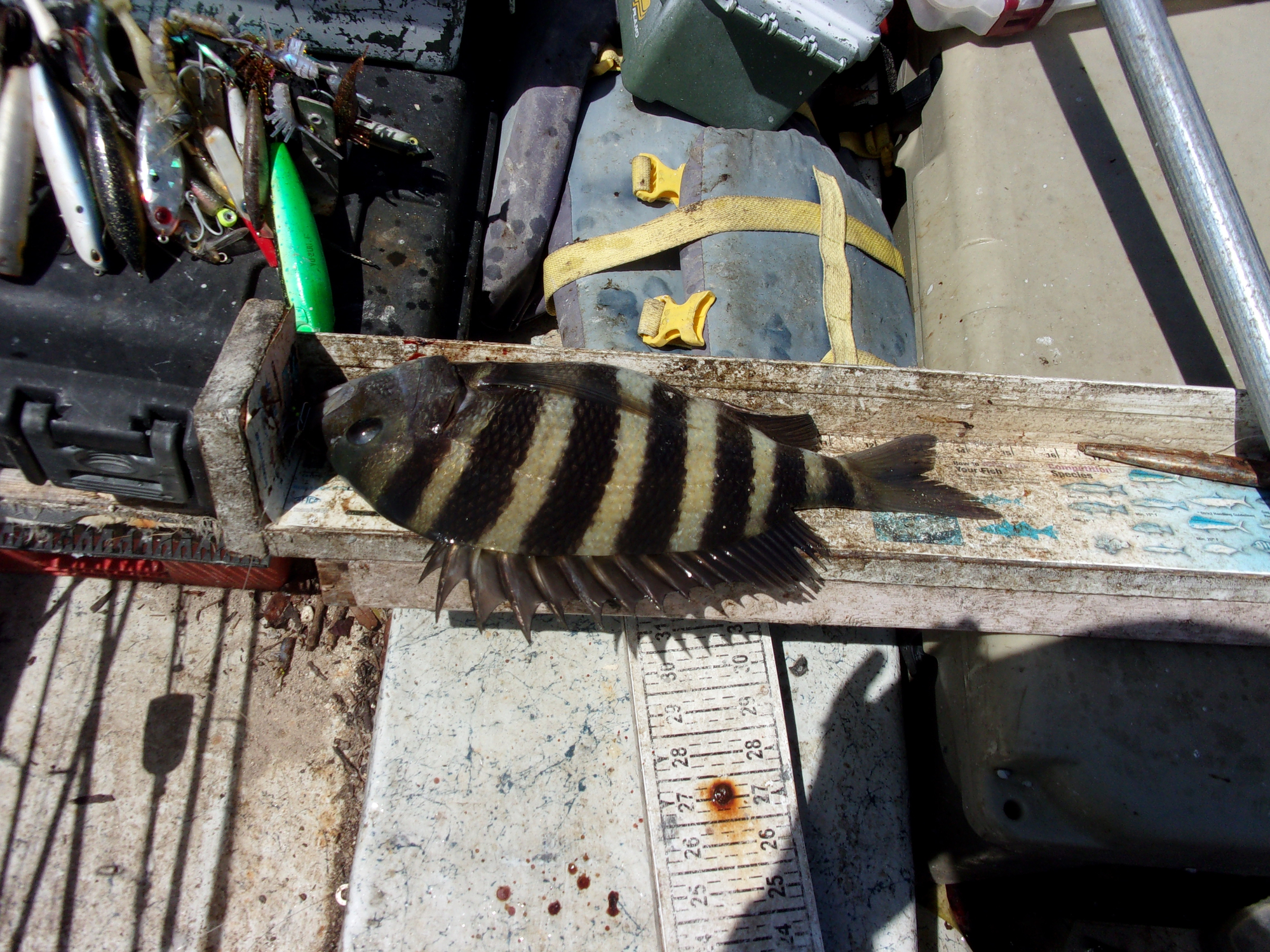 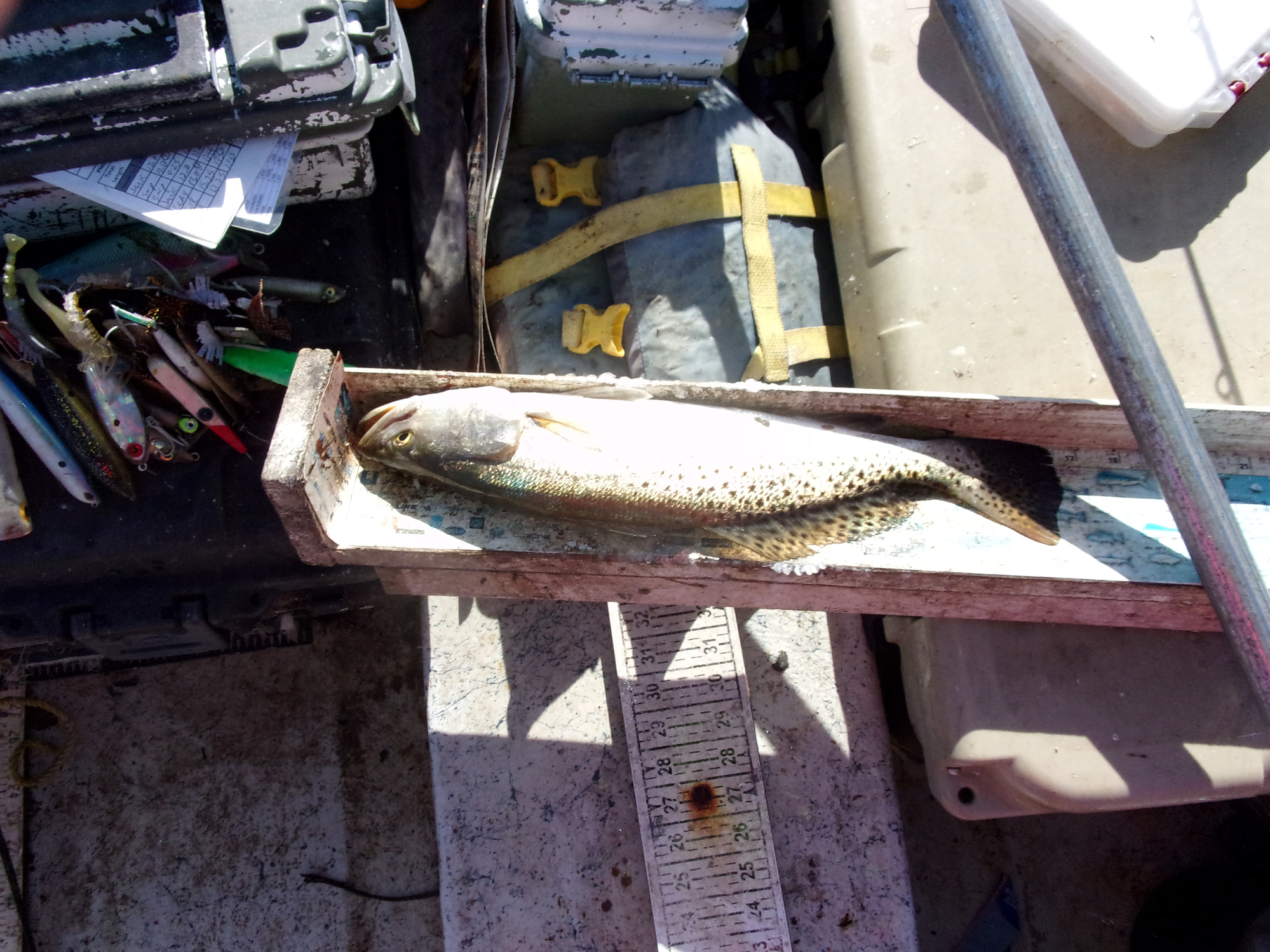 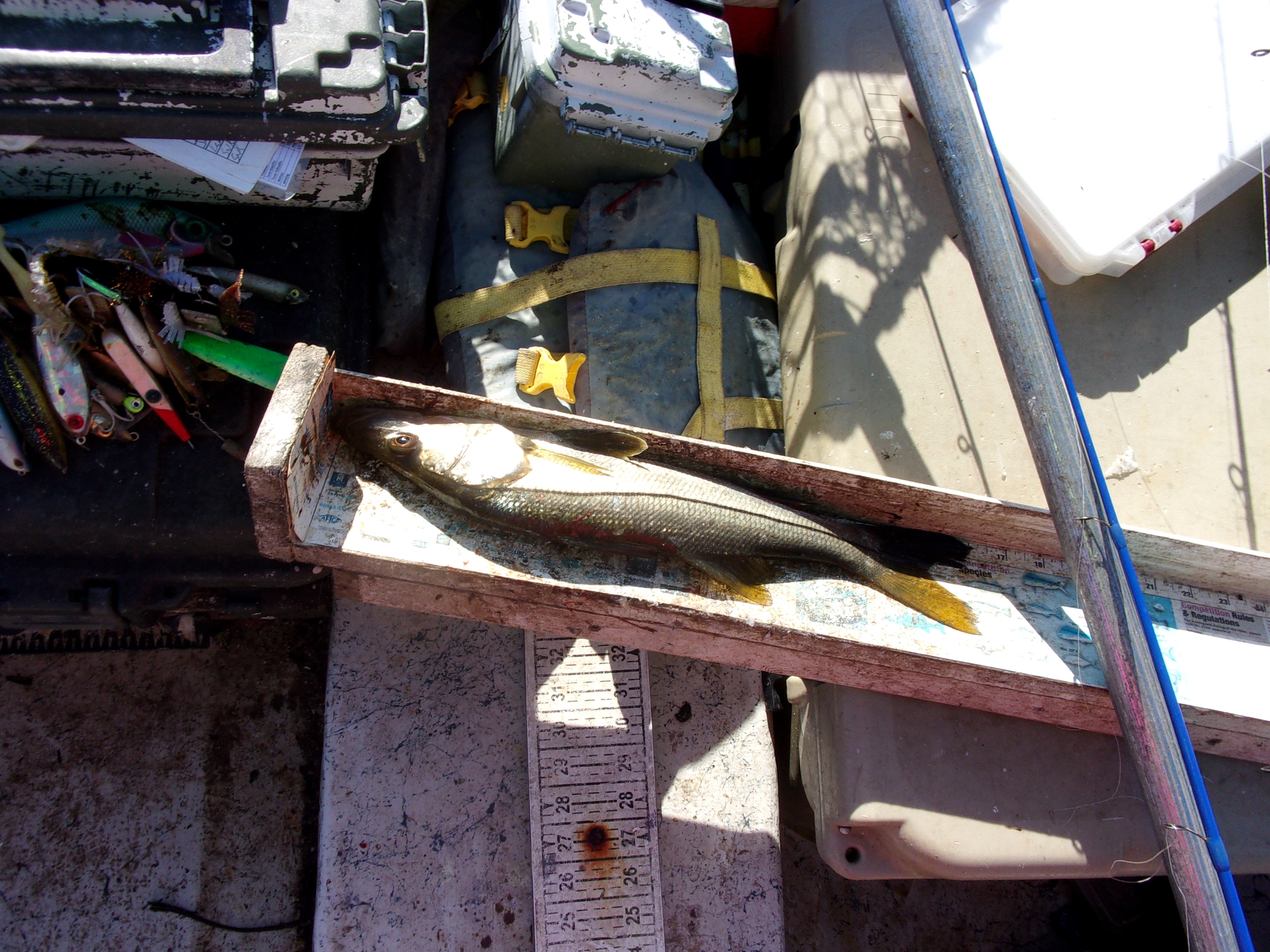 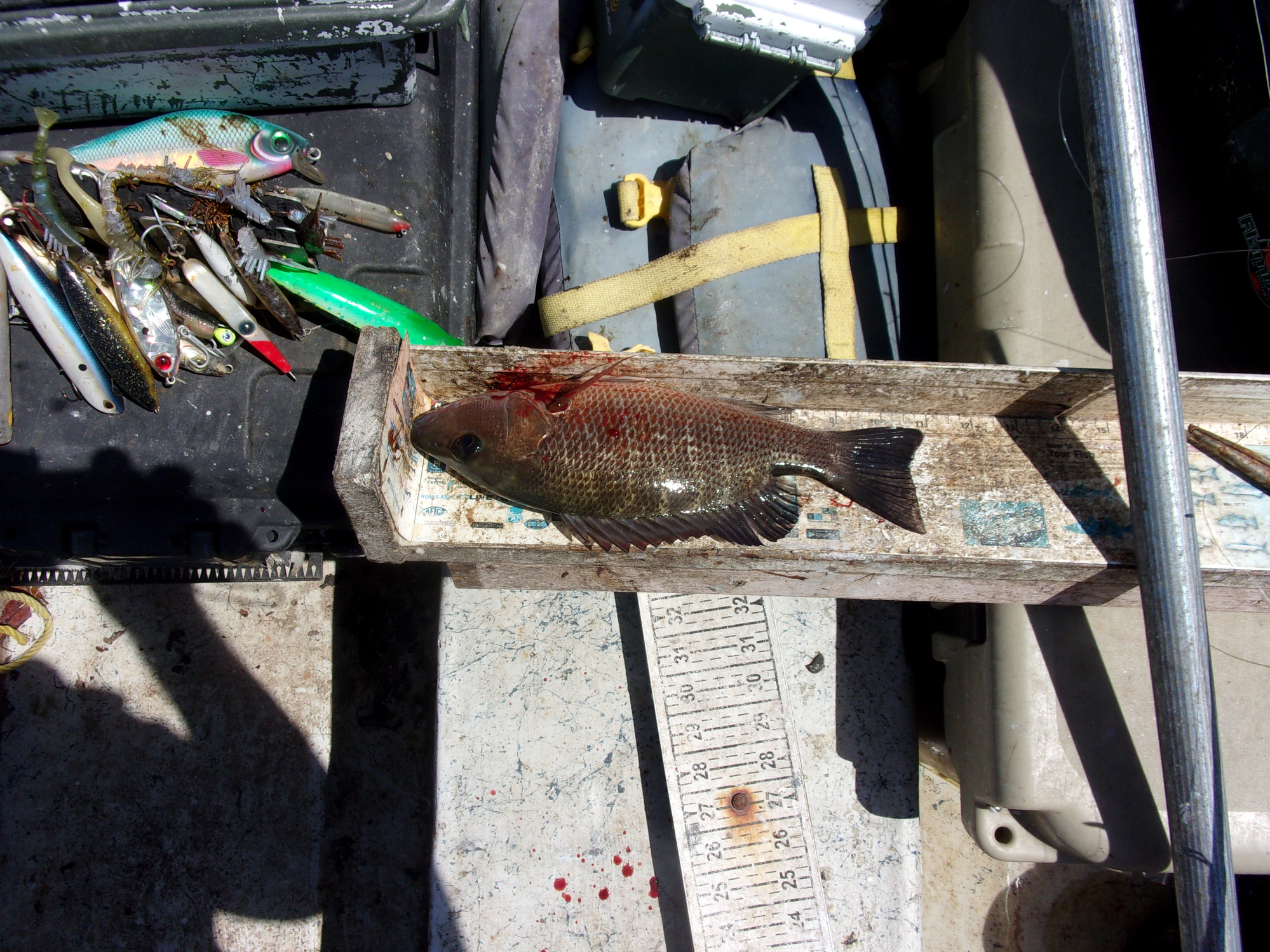 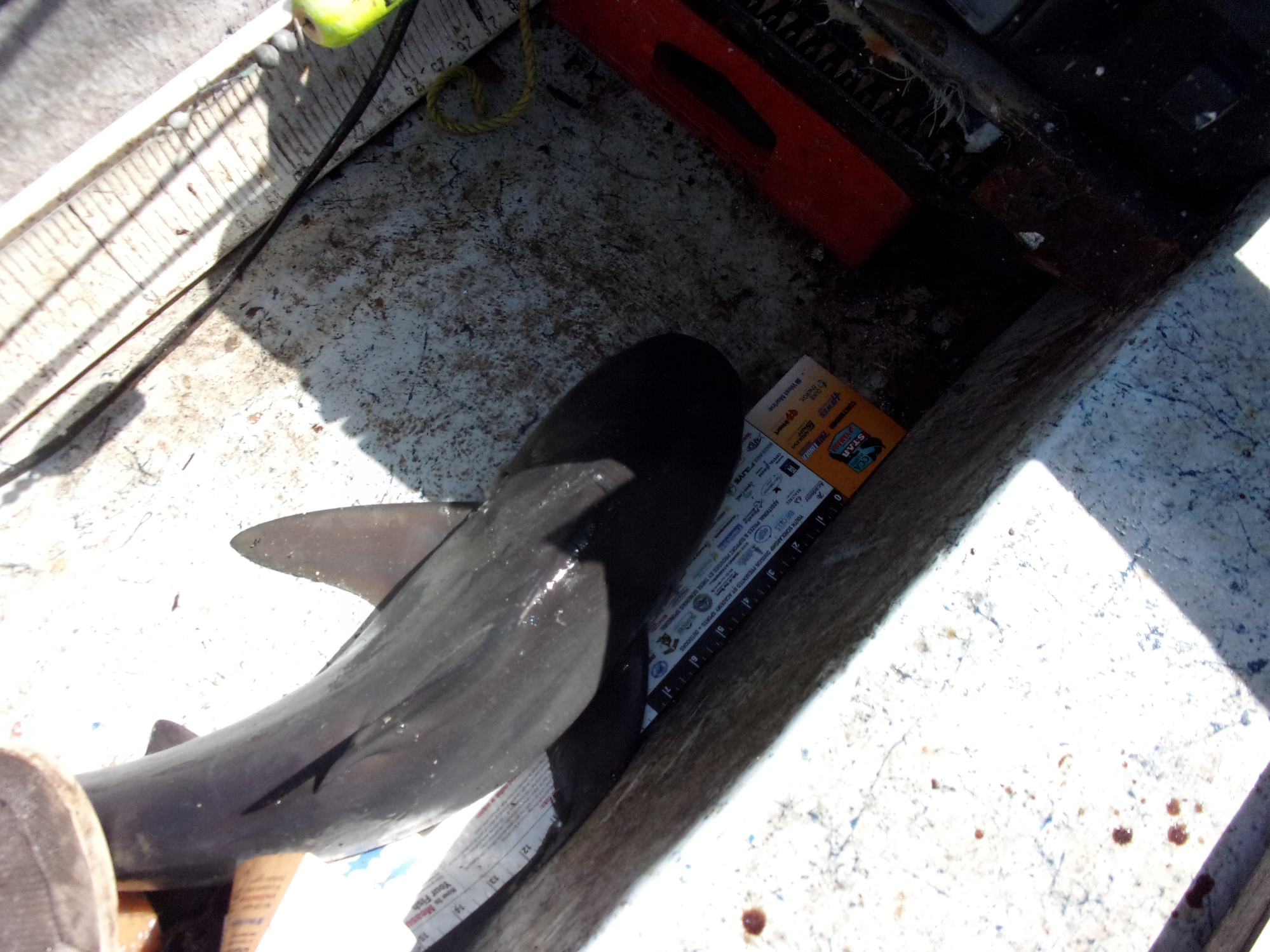