To stay active on this forum, I try to post at least once a month with a good trip report.  The last two months my catches have been relatively mediocre.  There have been too many just missed trophies to recount, but that’s what keeps us going out for more.  There was nothing very noteworthy for July.  To resume once a month trip reports, This was my last trip from July.

I Launched off Boynton Beach at 4:45 am in search of bait.  Bait was very scarce, so much so that I could not even find an alternative bait (such as a grunt or runner) to replace the targeted Goggle eyes.   I tried to troll a repala type lure on the way out, but the weeds were so thick, it was unsuccessful.  I reached 180ft about 30 minutes before sunrise.  The first three drops of my vertical jig produced a Sea Robin, a Little Tunny, and a Blackfin Tuna. 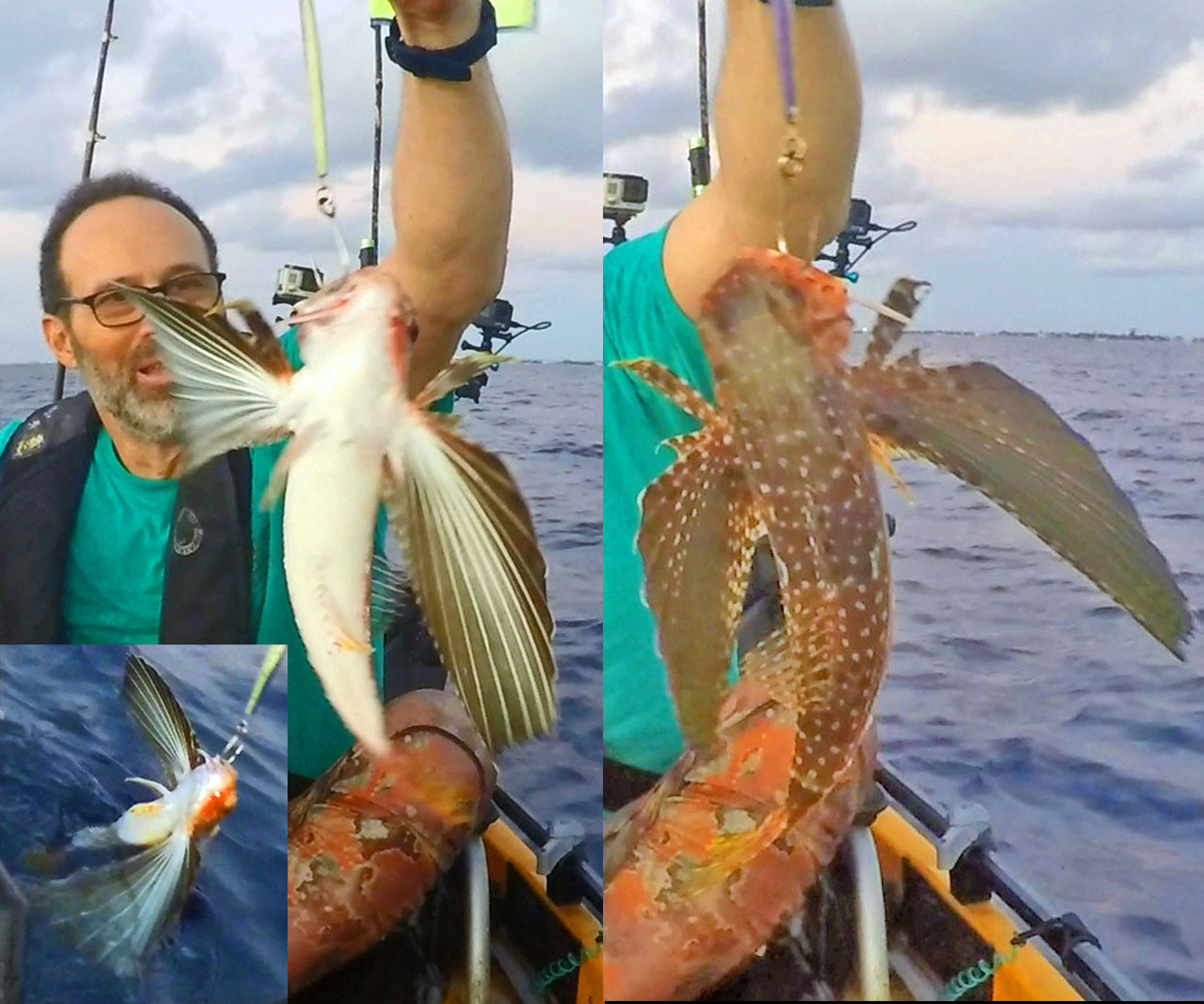 This is the first Sea Robin I have taken in Florida since moving here over a decade ago. 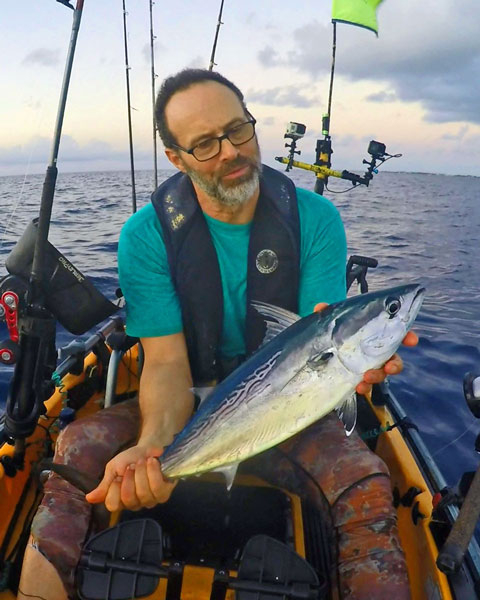 I usually cut up the first Little Tunny of the day for bait, but I decided to release this one instead.  I was pretty stoked to get this Blackfin as my refrigerator was in need of some fresh Tuna! 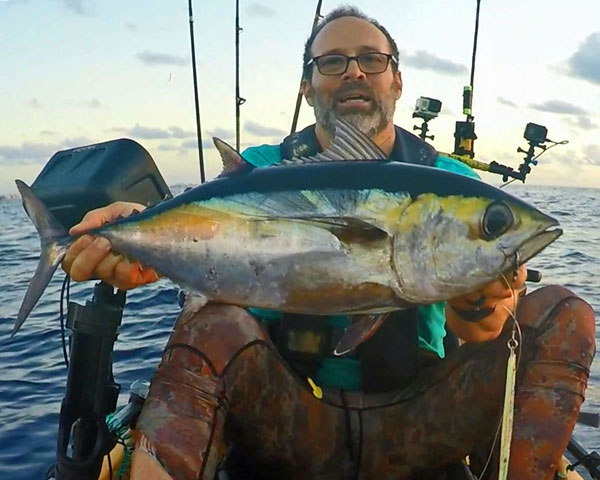 After the third fish, the sun was up and the bite stopped.  I went out a little deeper to hit some structural spots that traditionally produce fish.  Plenty of marks on the meter, but almost no bites.   The next Little Tunny I caught got cut up for bait.  I put out a Little Tunny strip on the surface while I continued to vertical and slow pitch jig.  Before the morning was over one of the Little Tunny strips I put out was eaten by a nice Mahi.  Unfortunately, the hook was thrown during the first jump.  I had one jig bit off by a toothy fish.  I hooked one fish that was fighting like a keeper grouper.  I got excited on the wind up until a shark hit it and bit the line off.

I caught and released one Almaco jack, and that was it. 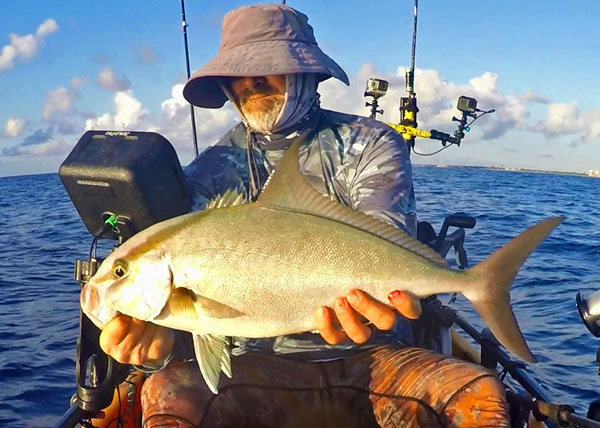 By noon the current was too strong to peddle against.  Without live bait, I opted to call it a day, instead of doing a drift.  Nearly a dozen other kayak anglers had drifted past me during the morning. Boynton Beach typically has stronger currents than further South and is thus a popular area for a bluewater Kayak drift fishing trip.