demersalangeler SE FLORIDA Posts: 424 Deckhand
July 6 edited July 6 in Southeast General Fishing & The Outdoors #1
Looking at the forecast for the next day. I knew fishing would be a grind. 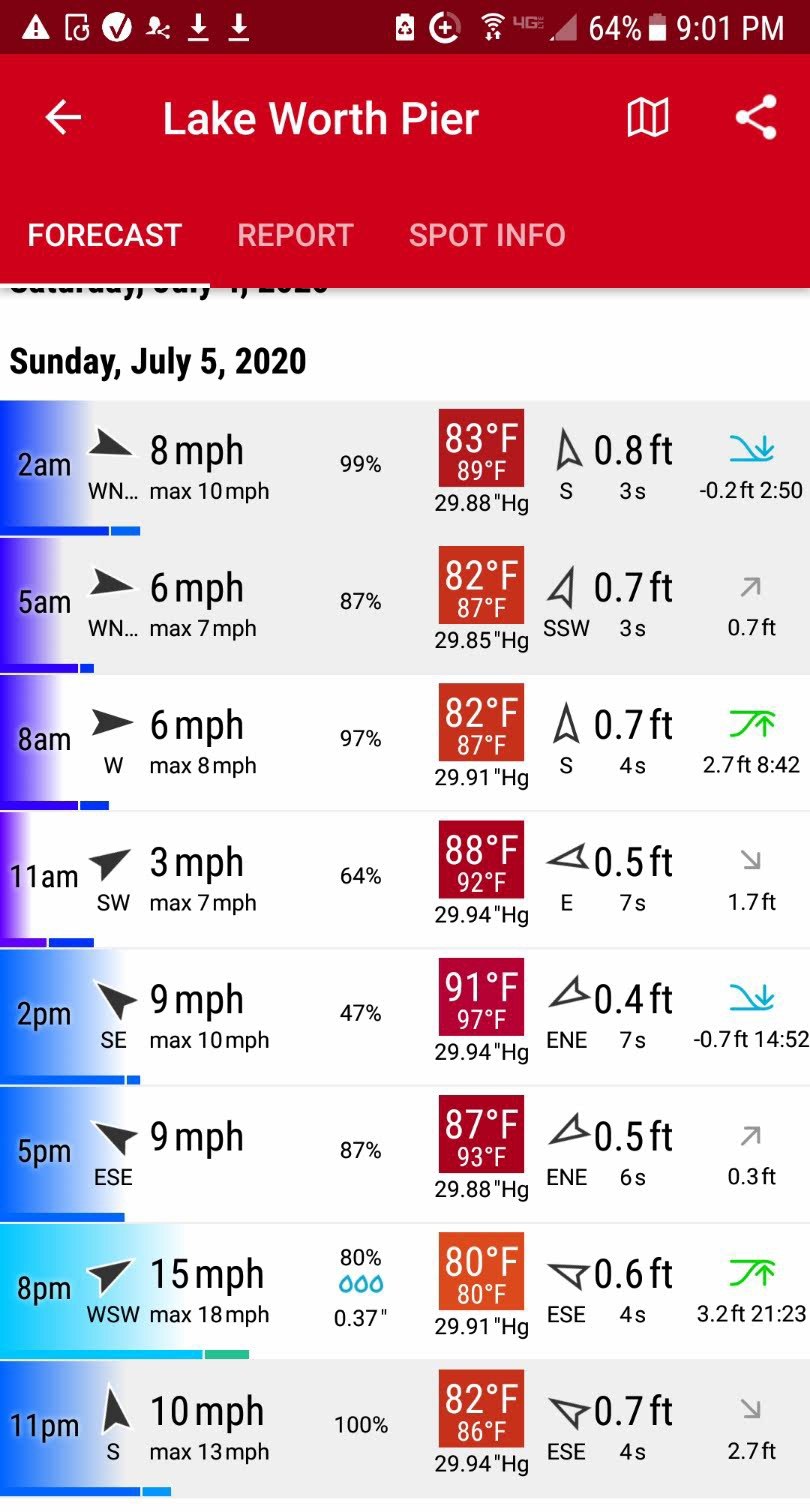 So we loaded up some deep drop gear & pitch rods. With a plan to cover lots of water.
We left the Boynton inlet just after sun up, greeted by a beautiful incoming tide, and calm seas. Exiting the inlet, I emiditaly noticed some nice bait boils, so we stopped & sabikied up some 4" sardines.
We started our trip south. We made one more bait stop. On the inside of the reef off of Delray Looking for some ballyhoo. With none to be found & a few blue runners in the well. We continued south east. Finding some nice live weed patches on the way out.
Upon arrival to the deep drop spot. The wind was light & variable. With no weeds in sight we made our first drop. The rod tip quickly began to make a familiar shake. Up came one rose fish. On the next drift. We spotted two tuna terns working a rip on the outside. The two birds quickly turned into no less than two dozen terns diving over boils. I suspect they were working over some black fin tuna, or skip jack. However all we managed out of the action was one blue runner. Over the next few hours & drifts there was quite a bit of up & down with little to show for our efforts. I knew fishing would be slow, but I cant remember a time when it was that slow at any of our DD spots. One of my long time friends made two drops with his light hand crank set-up. He managed a Rosie double. With the bottom action this slow it was time to ice our four Rosies down & move on.
With a watchful eye on the gray haze developing to the south & north. We moved back in to 600' where we spotted some weed that was live & worth working. We set out a simple 3 line set of lures, and began to work the area. Soon after we had our fist peanut on. Pulling the engines out of gear. We began to drift back to the fish. When it came broad side. I threw some chunks. Only one more peanut was with it. After boating the fish, I  knew it would be about 1" short. Yup 19" on the old law-stick. It was time to move on again.
With the gray haze to the south & north turning darker, and a good sense there may be some flipper's around. We picked up & ran to the next promising patch. By this time. The storm to the south began to make land fall. Mooveing up the coast. Knowing we were in a good position to let the storm to the north pass & with the southern storm beginning to merge with the northern storm. It was best to wait it out. Where we were.
Finding a area of both weed patches & broken weed. We put a three line spread back out. This time with weedless squid. Stopping at each large patch & pitching a few baits. We were quickly back on the peanuts. Most were measuring about 1/8" short. Looking noth we noticed a green hue to the sky. A few minutes later. The wind suddenly changed from feeding into the storm from a southernly direction to blowing strong from the north west. The ocean quickly turned into a steady 4' white capped chop.
Then complete dolphin mayhem broke out. Leaving one hooked fish in the water. We were swarmed by peanuts. Knowing if we could put a hook in all of them we may have a shot a couple decent flipper's. There was easily five fish on one bait at a time. For the next hour & fifteenth minutes we worked the school. Throwing chunks to keep them interested. Eventually I was able to slip a bait by the peanuts & hook our fist nice flipper. With no need to measure him, he was quickly boxed, and iced. When the smoke cleared we had all lost count of how many peanuts we caught. We boxed four flipper's a few inches shy of 30".
With the storms passing, and having drifted well north of boynton. We slid in to a area of hard bottom to use our nice live sardines. Finding we had a NW wind still & a bit of a backup drift. We put out some flats & started to spool bottom. We had a few cut off's on the mutton rods. A good run off on each & surprisingly little action on the flats. We did spot a free jumping peanut inshore of us.
With a day that started out as a grind, peaked with complete dolphin mayhem, and ended with a grind on the reef. We were all glad to end the day & head back in.