They've been cut down, some given away, and because I am not too smart, a few thin boneless half steaks are waiting in the kitchen for Louann to apply seasoned breadcrumbs before searing in olive oil and lemon. Hopefully my taste for catfood has increased over time....but I doubt it.

The rest will be getting the sugar/salt mix applied as directed here in a little while.

In one of the pictures note the old hook. Whether the result of a release or of a escape it's obvious both by how healthy he was and by the condition of the hook that it did him not enough damage to stop him. 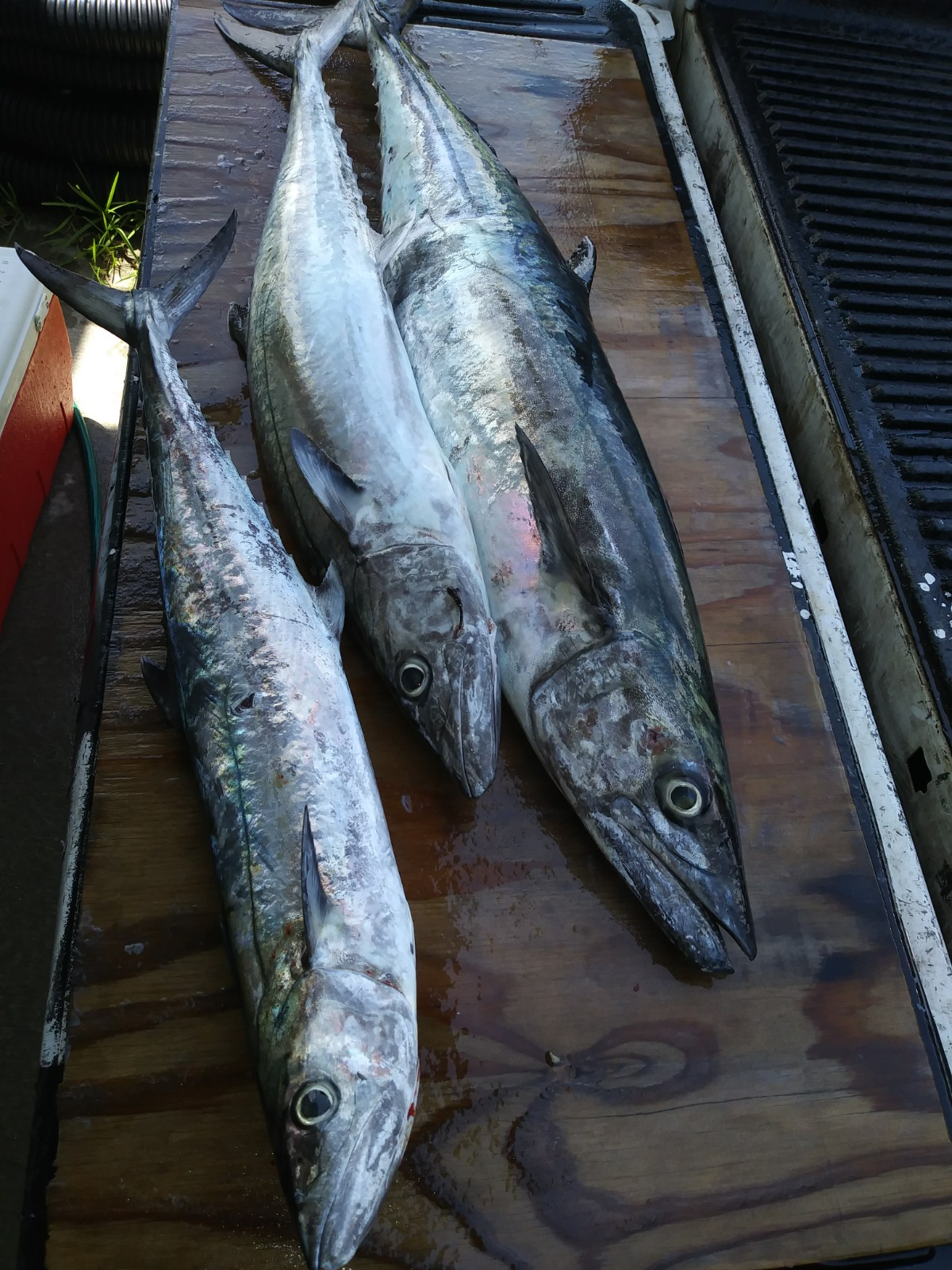