demersalangeler SE FLORIDA Posts: 437 Deckhand
June 2020 in Southeast General Fishing & The Outdoors #1
Went out of BBI around 7:30 am. Ran out front. Found some good sargssum patches & lots scattered between 3 & 10 miles. Didn't see mutch bait, Some flyers, and small Jack's. Turned north in the stream. We had a few knockdown's & released a cuda. The crew voted for heading in for some reef action instead of grinding it out for the fins.
We stopped in around 400'-500' south of PBI looking for some black fin tuna. On the first drop with some slow pitch jigging gear. Hooked up. It didn't have the right black fin wiggle & I was hoping for more Atlantic bonito. Got the fish boat side & it was a bontia about 25 lb. Next drop was another Bonita, so we moved in.
We started again, out on the deep side of the reef edge. More Bonita on the SPJ rod & this time trigger fish. We picked at some small snapper & porgy's. Nothing worth pictures, or keeping. Eventually the sharks showed up & it was time to move off.
We decided to move back out to a deep sand roll I know of & it just happened to be covered up by more bone heads. The Bonita spray's were all over & this picture doesn't quite do it justice. 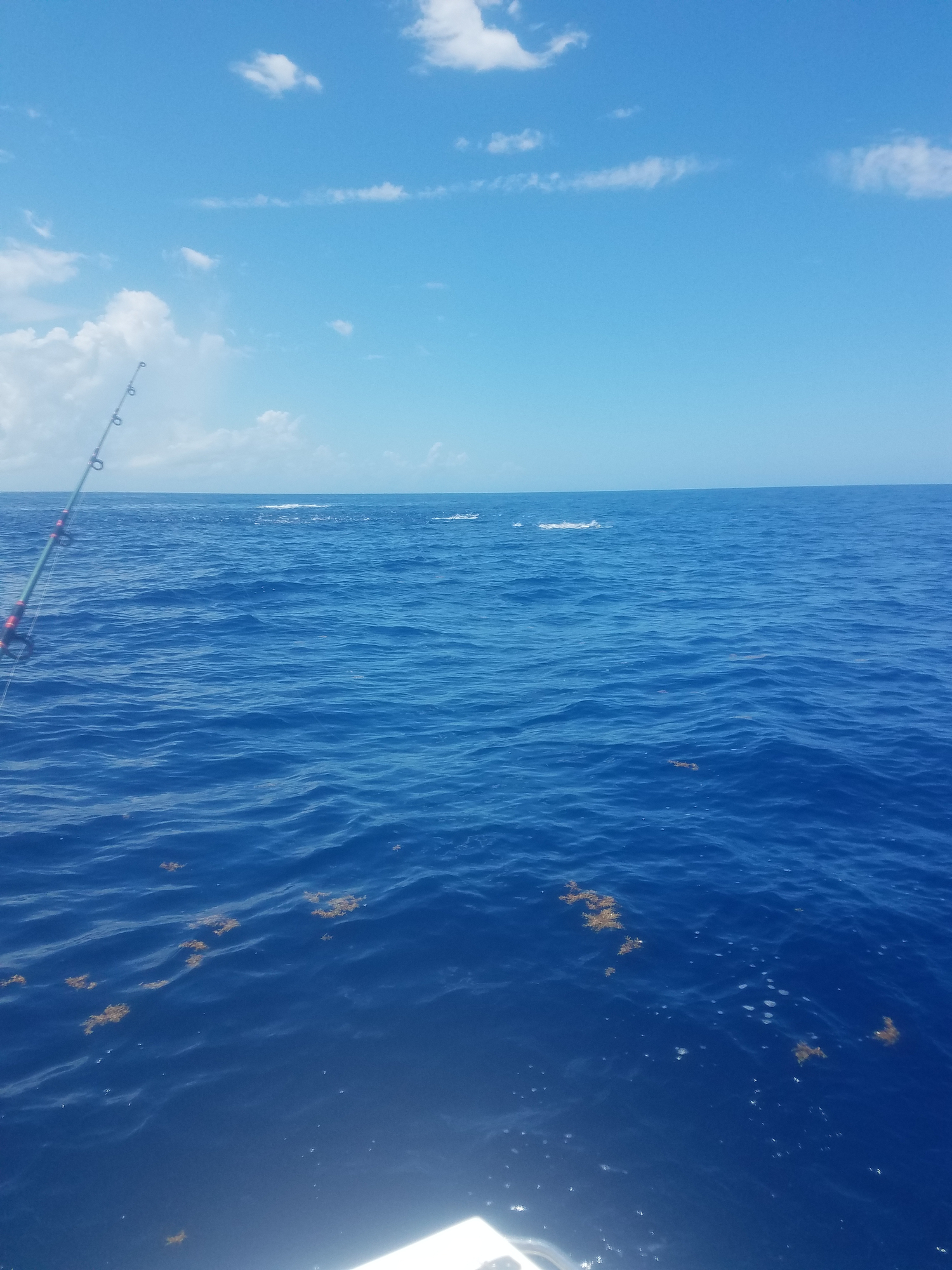 My bait anglers couldn't get away from the Bonita, and there was quite a bit of drag smoking light tackle mayhem.
I keep on the SPJ gear. Knowing it would pay off. My persistence paid of with this nice mutton snapper. Once again this picture doesn't quite do this one justice. 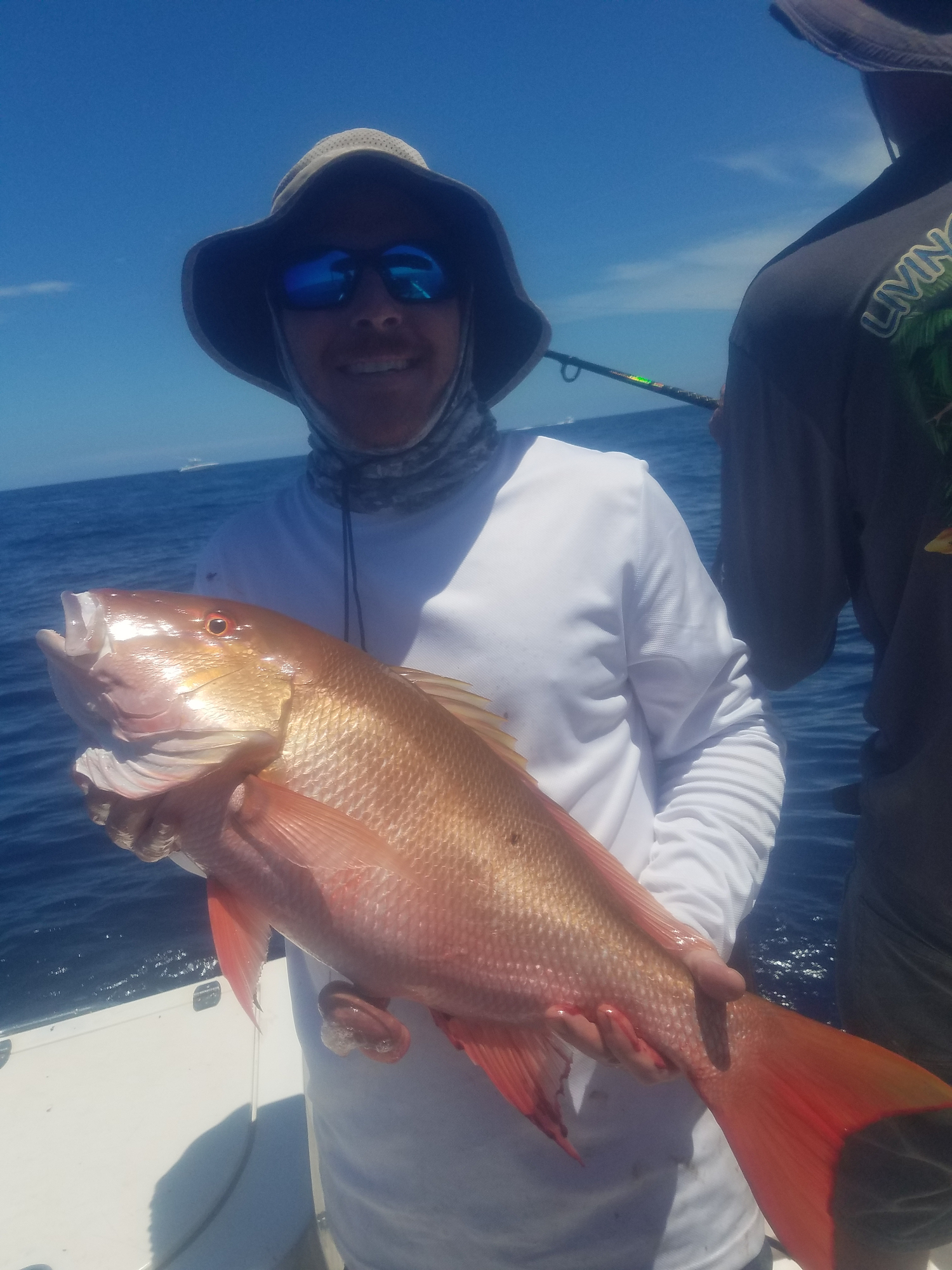 Soon after we had no less than six 5'- 8' sharks circling the boat. With no point in feeding snapper to the sharks. We decided to have some fun with them & maybe see if the "right one" would show up. I quickly got out a bone head that was desten to become strips & attached it to a rope. Soon they were all fired up & I had them almost coming completely out of the water. After some good laughs & the sharks being kind enough to help cool us down a bit we packed it up for the long run back home, and that was another trip in the books.
0 · Share on TwitterShare on Facebook