Remo Posts: 46 Deckhand
May 23 in East Central General Fishing & The Outdoors #1
21 May 2020...Wabasso/Vero...Slow, but a semi productive day.  Along with the fish not being in a super good mood, blew out my left knee.  See the bone whacker next week.  One piece of good news, back to work, bad part, may have to work an extra day or two.  Definitely had a mixed bag today.  Barely legal Snapper to baby Tarpon, would have made a pretty good day for the CCA Tournament.  Hobart Landing, a big zero, same for Grand Harbor.  Grand harbor had a motor yacht occupying four of the dock sections that I fish.  On the way out, I spotted a nice Snook hiding back in a pocket, and I did not  make the cast.  Working the channel edge, Snapper City, lost a big one, boated a couple of barely legals.  Jandrew Cove. Snook and a little Ugly.  I saw a lot of Sheepshead, but no players.Vero/Johns Island.  Couple of Short Snook, a Sheepshead and a derelict, barely legal Trout, Almost missed seeing the Sheepshead, dirty water.  Even with a piling saw a shadow down about 2 feet.  Dropped the Baby Vudu Shrimp next to the piling.  No line twitch or tap, out of instinct, lifted the rod tip up.  Good hook set. Again, a lot of Sheepshead in the area, but I keep missing them.  Big Gar came back out with all the freshwater in the area. Short canal, skipping under a dock, several bumps and a Tarpon roll right next to the boat.  Another cast, solid hit, good sized Snook, cut off in the pilings.  Storms rolling in, head for home.  Quick stop at an ICW cut.  Couple of short Snook and a fun size Tarpon.  Hit right at the boat, 5 jumps and in the net.  Big Snook hiding in the edges of the Mangroves, no players.  All fish released for future encounters. 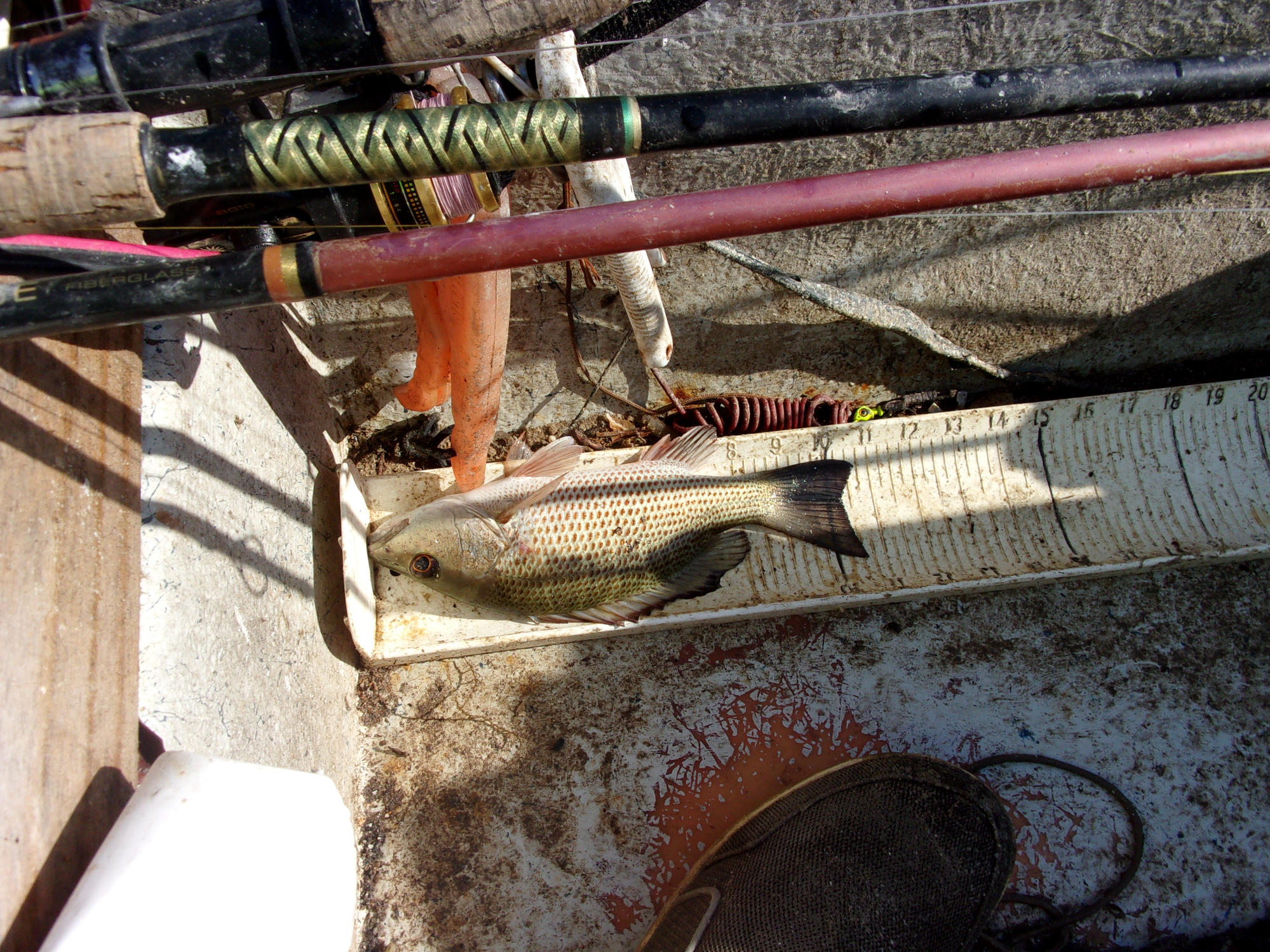 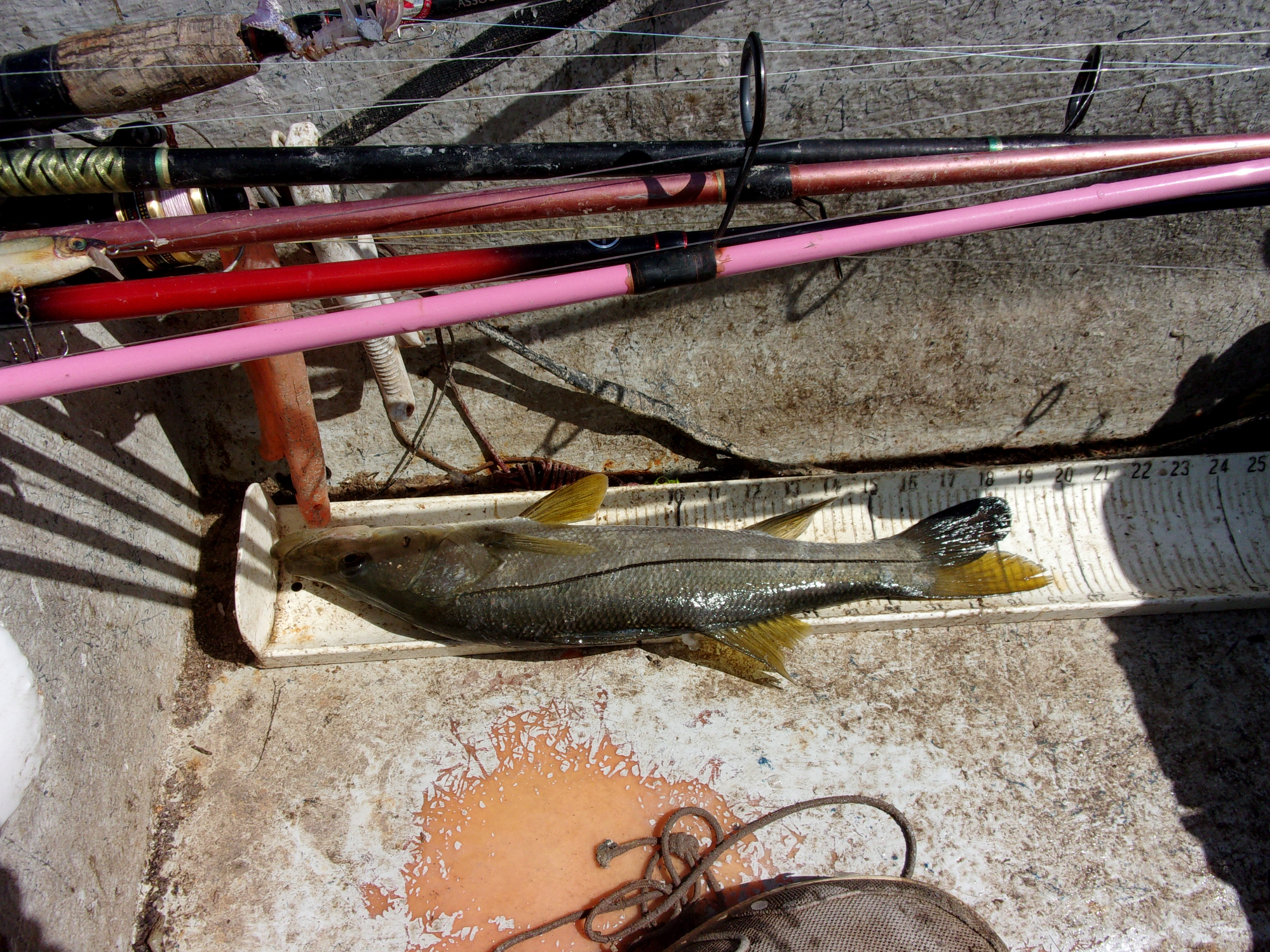 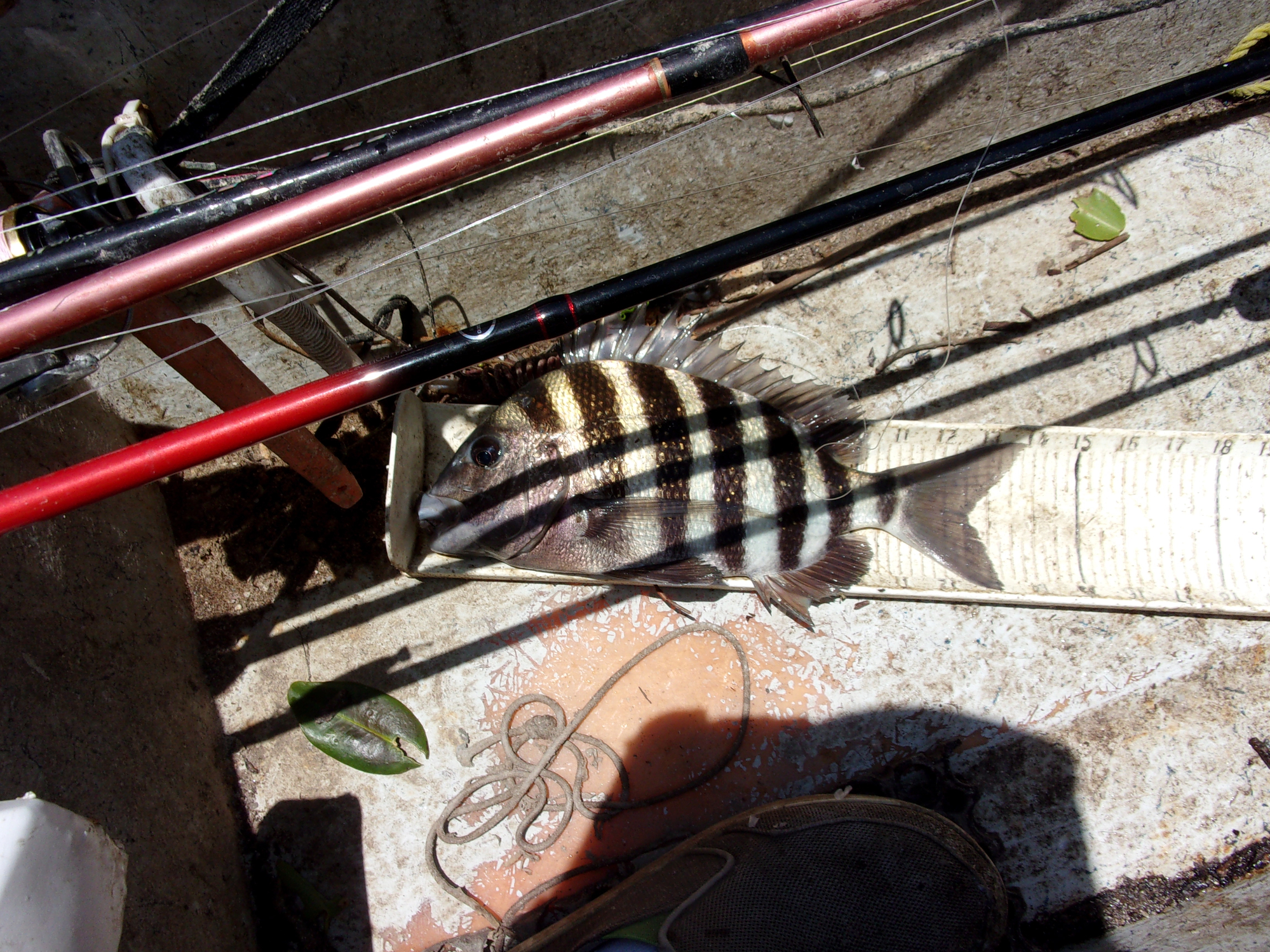 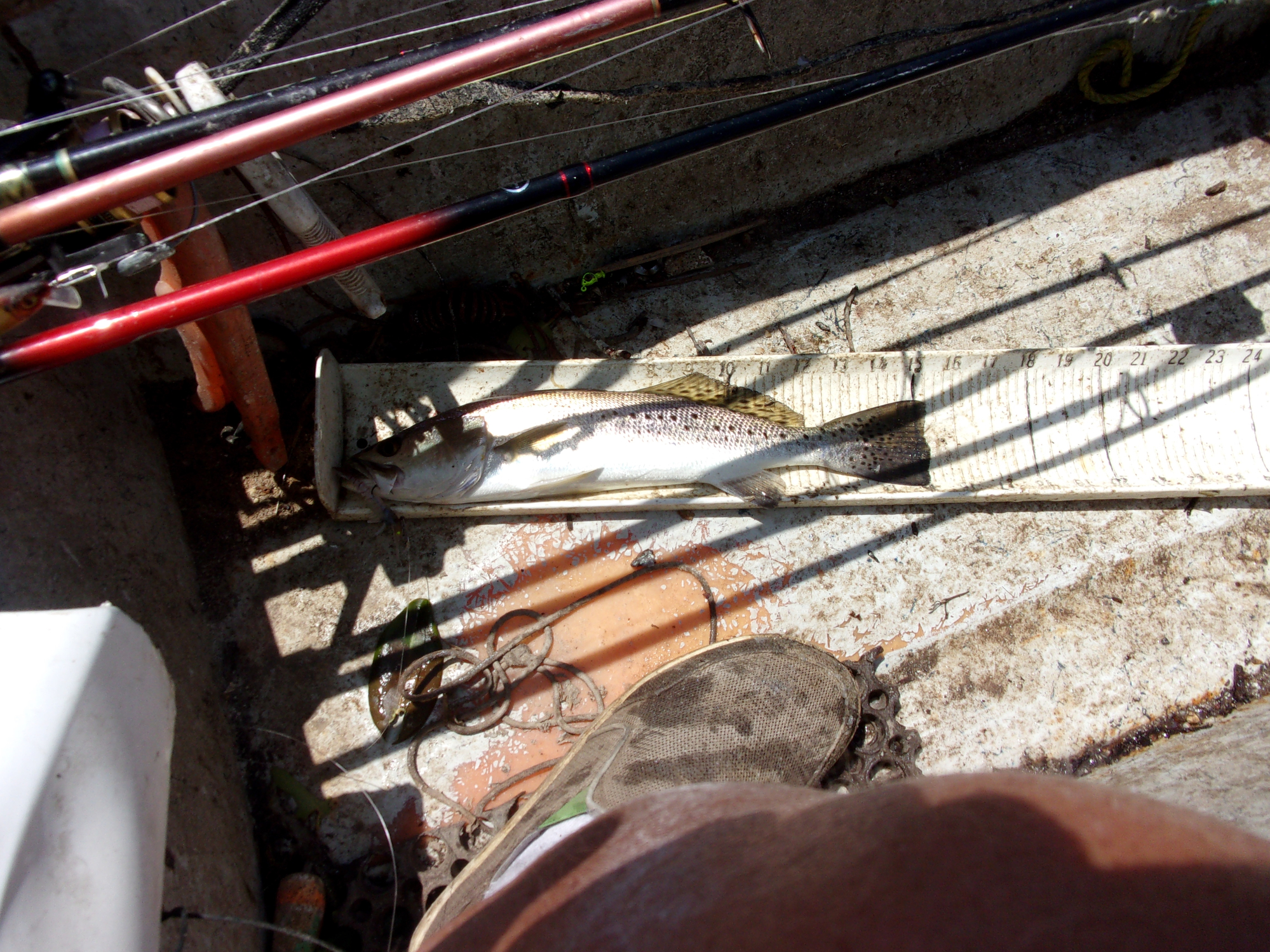 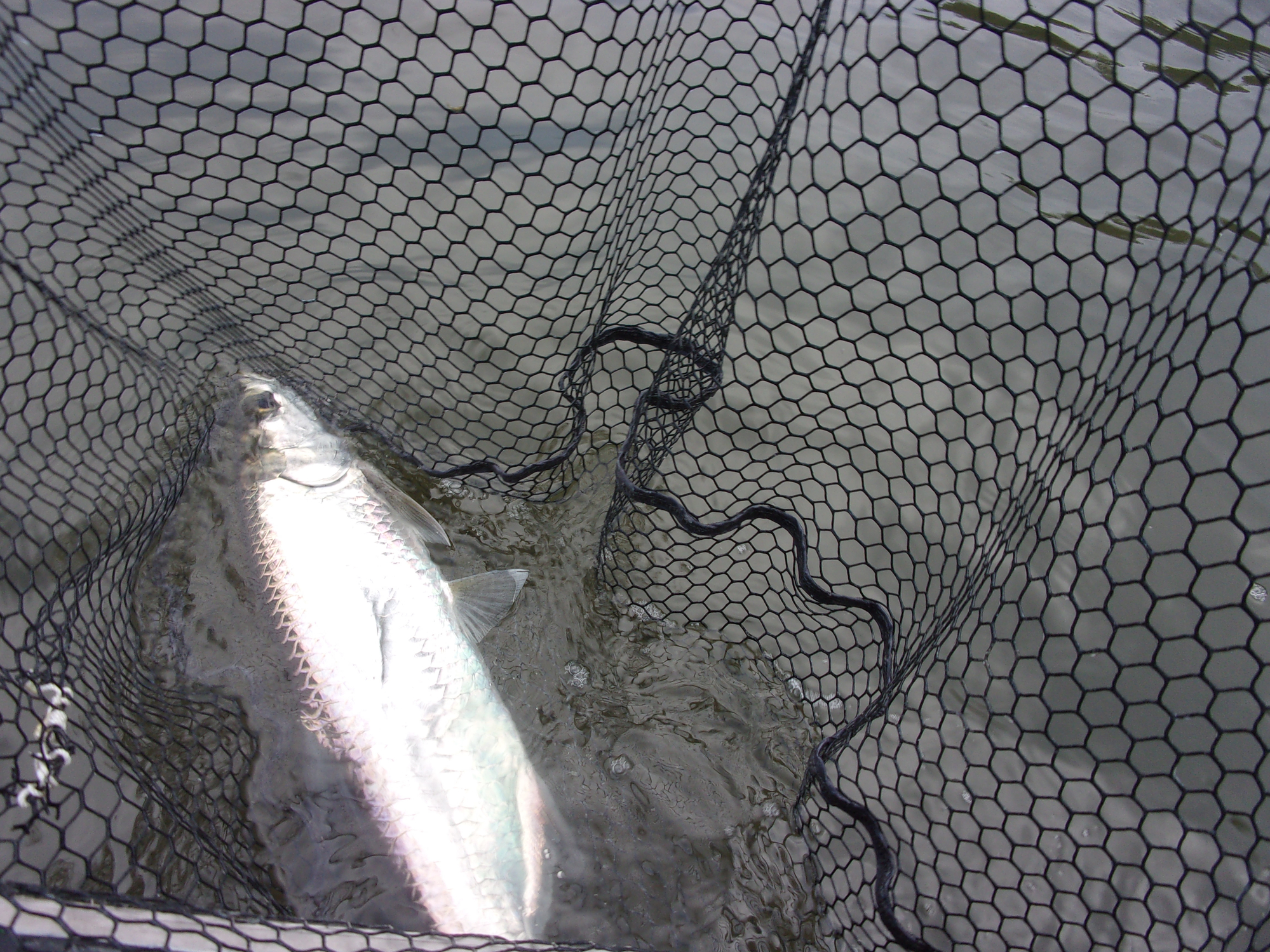