Headed to Sanibel first week of June with fishing updates

Hobbs28midsouth MemberPosts: 120 Deckhand
May 2020 edited May 2020 in Southwest General Fishing & The Outdoors #1
Are the snook on the beaches yet or should I plan on bringing a little heavier tackle for the pier?

Thursday evening after getting all my running for the week done I headed to sanibel at 2am to throw out some cut bait for some snook. Frist fish of the trip on half a ladyfish off the beach. Top eye actually broke off and got lucky to even land it. Based on the measuring the rod its 39 inches half way between the eyelets so I will call it 38 give or take and it was the fattest snook I have ever caught. Hooked 3 more and managed to lose all three. They were pulling extra hard that night for some reason all were similar size and all tried to jump at least two times. At day break I walked the beach with a 3 inch paddletail and managed to lose a small snook and one solid slot fish. 1 for 6 on snook I think that may be my worse percentage ever on hooked fish beside a tarpon trip I had with a certain person on this board. I did not see any snook on the beach but they were there. Called it a day around 10am.  I went to Whitneys bait and tackle to see if I could get the tip replaced and fix a bottom eyelet since the ceramic broke out when I shipped them down there. Every where I called told me 4 to 5 days and the owner of  Whitneys fix them that day. I cant say enough about him he took the time to help a fellow fisherman and helped make my trip more enjoyable. 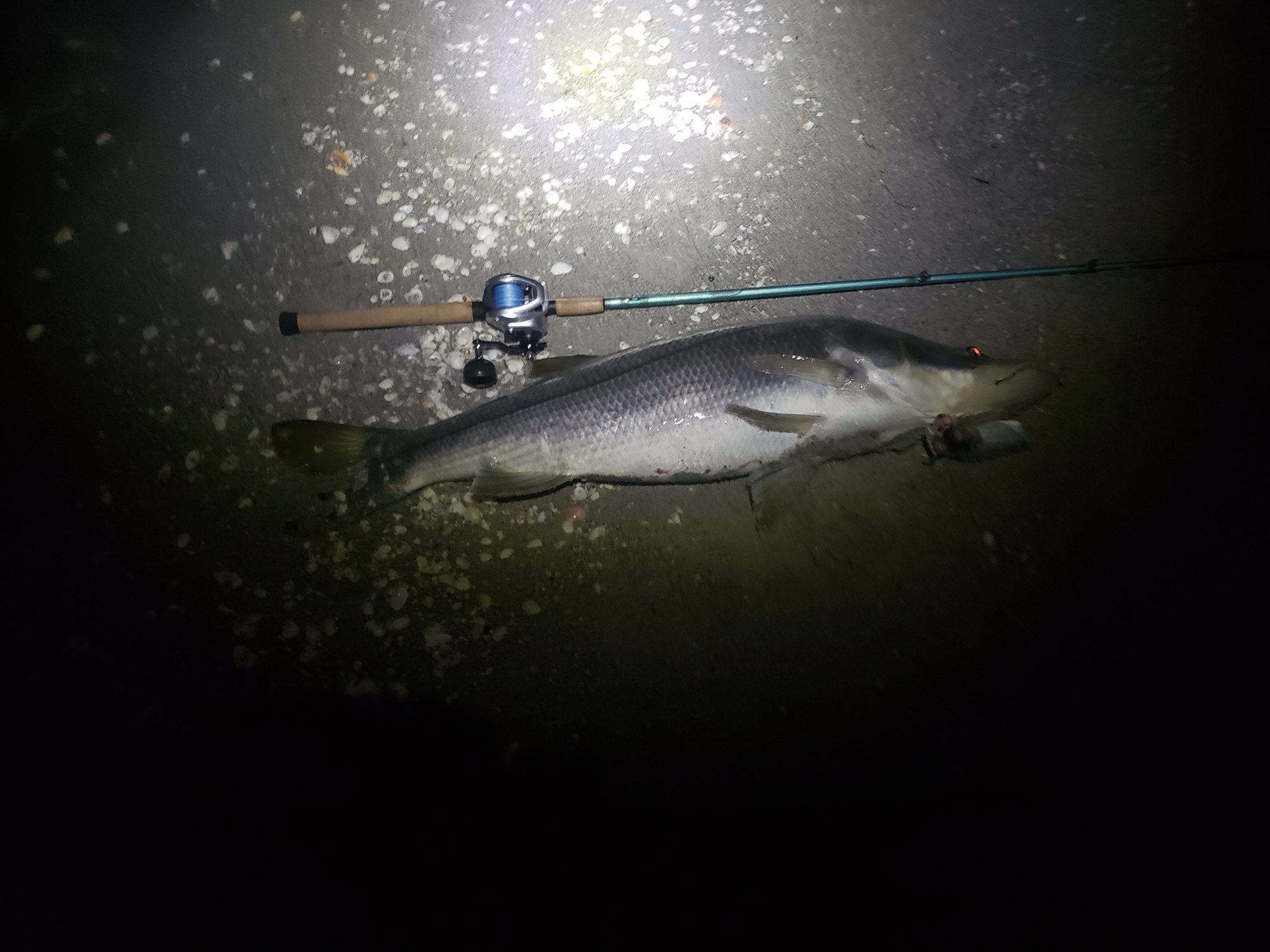 Friday night was a sharkfest. Surrounded by people kayaking baits out and catching only small sharks we hooked 3 or 4 sharks that were absolutely out of our league on 6000 sized reels by casting 30ft from shore. Were talking locked down drag and palming a gosa and loosing 250 yards in about 20 seconds. Never even slowed one of them down.  Walked turners beach this morning looking for snook to sight cast to but saw none. Caught a couple ladies and trout but no signs of snook. Maybe Bowmans is better? I havnt seen any tarpon rolling out from shore. I love to snook fish but those **** tarpon keep calling my name softly and doesnt look good this time around to go after them so maybe I will get lucky tonight. Proably going to try Bowmans tonight due to the **** show turners was last night. 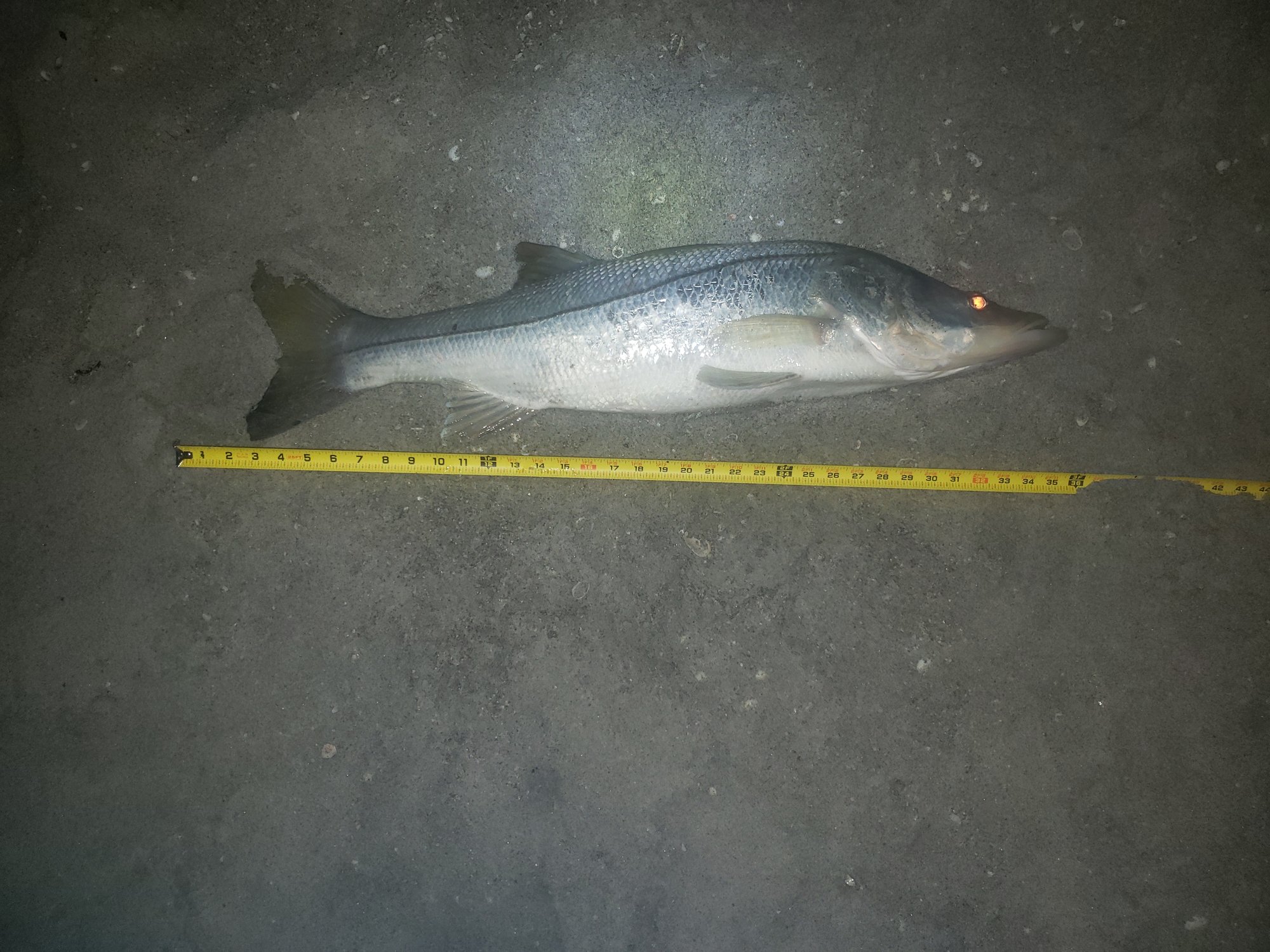 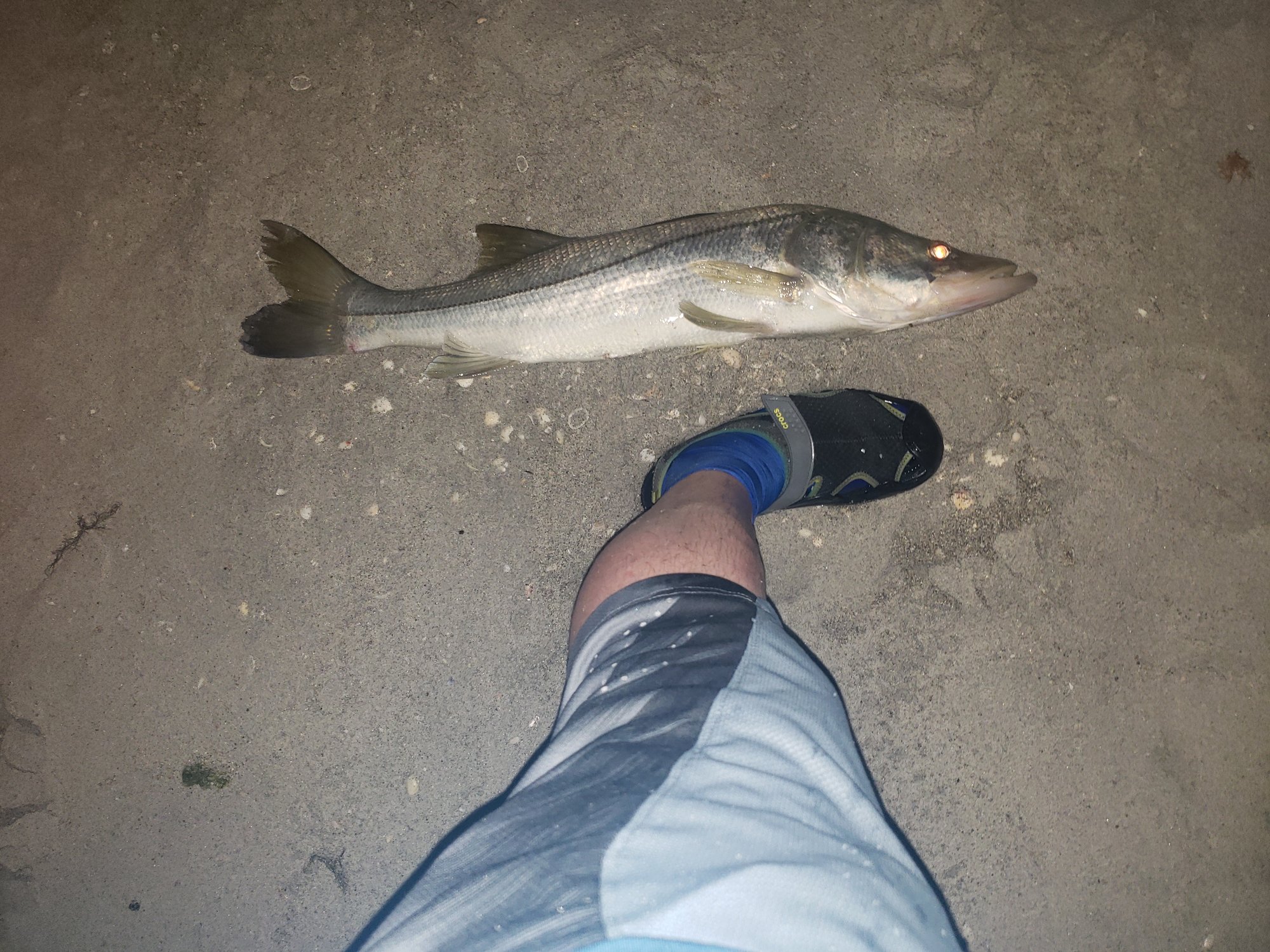 Managed to turn a smaller shark but it finally bit through the floro before I could see it. Lost an unknown due to braid breaking the shark must have damaged it. Walked Bowmans in the morning and caught one small snook blind casting. Did not see any snook besides the one I caught. Saw a pomp and a small jack caught but that was it.  Did see a couple rolling tarpon will bring a different rod and revisit them tomorrow hopefully
0 · Share on TwitterShare on Facebook