xenia Posts: 699 Officer
March 30 in Keys General Fishing & The Outdoors #1
A real fishing report without the fluff.  Fished at night and stayed a while in the morning.  Strong north current north of the Whistle Buoy (where it used to be).  Too strong.  Worked my way south but stayed strong.  Current finally slowed around 11:00 and got about 70 YT by 12:00, and the bite shut off. Not big ones either.  Released a bunch just at 12" or slightly under. Got a bunch of live Goggles and went to sleep.  Up at 6:15 and in the low light I could see the bottom clearly in 60'.  Oh, oh.  So much for the daytime bite.  Started chumming and at daybreak got a bunch of live ballyhoo.  No YT came up.  Water too clear.  Headed to 130'-140' and drifted with a live ballyhoo on the bottom and live goggle eye on top.  Current was slow at this time.  One 26" mutton, and two 18.5" muttons.  Not a bite on top.  Saw a couple of commercial YT boats from Key Largo in the area putting out hundreds of pounds of chum, but they left after trying for about 1/2 hour on each spot.  The water was much clearer than I've seen in years.  Saw small blackfins and some flipper bonito but not much else.  Disappointing not to see big muttons this time of year in the area.  I'm sure there are some around, but I didn't find any despite hitting some goo areas.  Gave the fish away to friends and family.  Only kept two dinners for me. 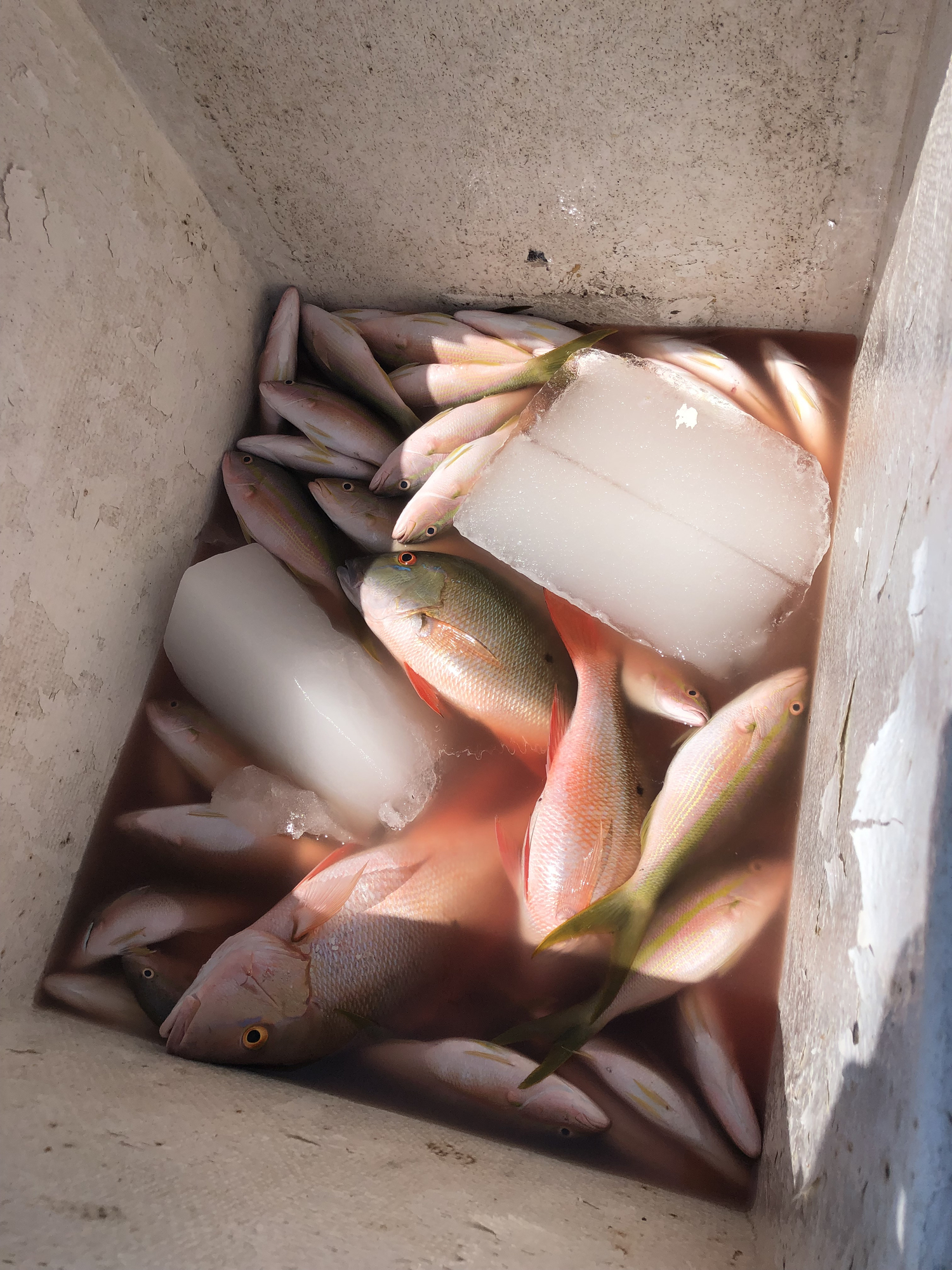