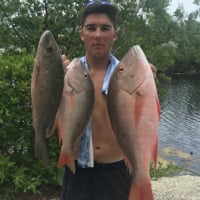 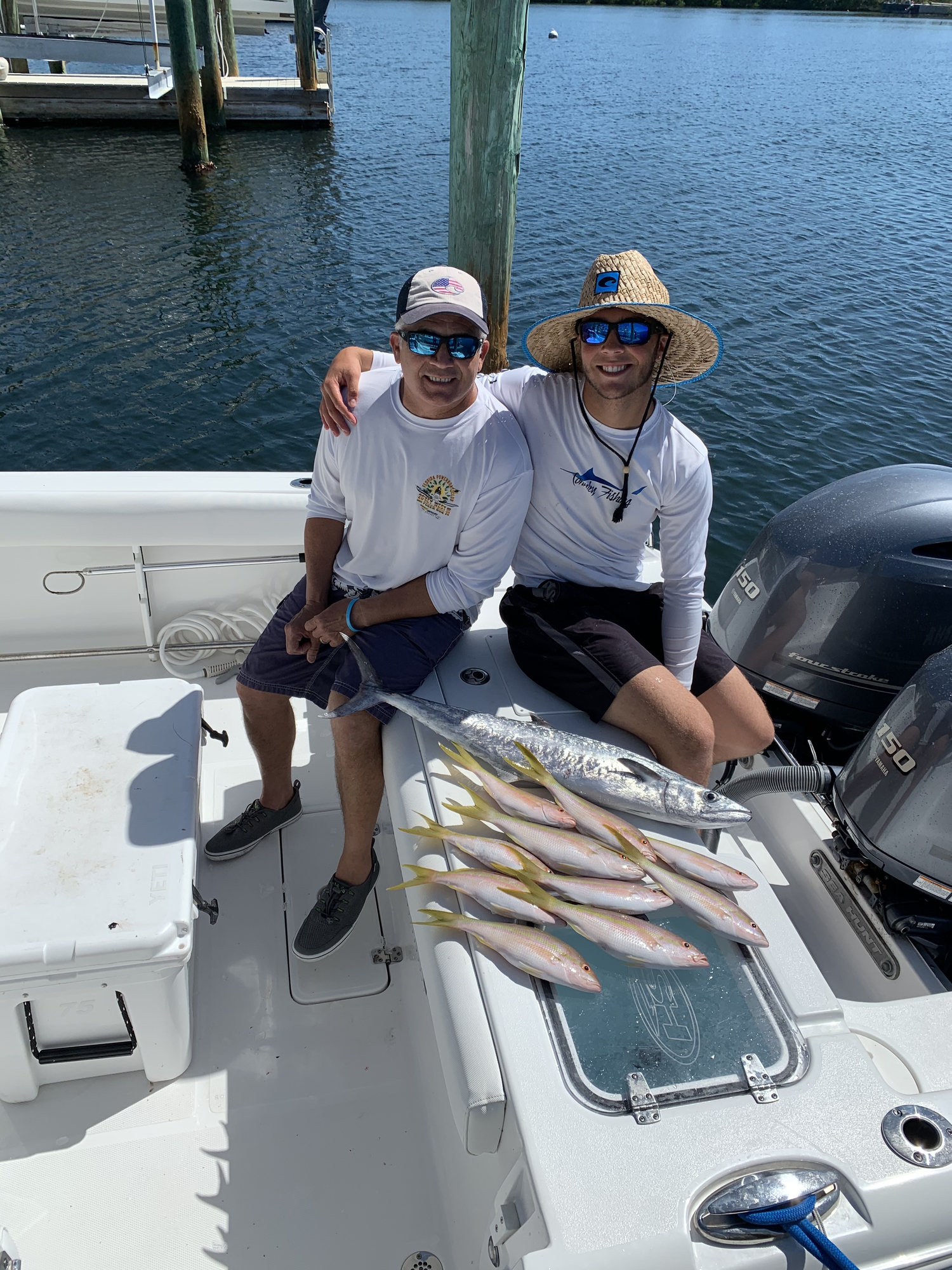 Woke up and saw that it wasn't blowing 20 so my dad and I decided to run out to the reef and get some groceries since all this madness is going on. Was not flat by any means but a steady 2-4, Ran out to the reef edge to some of our numbers in 70 feet and started the usual. Heavy chumming also adding some oats mixed with sand. The current was extremely slow to the south which sucked but we waited a few minutes before we fished and the yellow ball came up behind the boat...NICE!! We let them get happy and started feeding a few baits back. First 3 baits back produced 3 keeper fish and I though it was going to be a quick limit but I was wrong. The filefish were terrible, for 15 minutes straight they would not let a bait past them so it was extremely annoying. But eventually they stopped and we got back to fishing effective.
We were steady picking at the fish until I got a bite that ran off hard and came across the top...immediately I'm thinking Bonita so I was horsing him in as best as I can, he gets boatside an turns into a nice King. My dad grabbed the gaff and he made another run, I'm super worried since im obviously fishing light mono, but I get him boatside again and my dad sticks him!!! Boom solid fish in the boat!!!! We finished up fishing an hour later and we finished with 10 Tails and a solid 10-15 pound King for the smoker. Great day out there with my dad and happy to get away from the craziness for a few hours.