Remo Posts: 37 Deckhand
March 25 in East Central General Fishing & The Outdoors #1
24  March 2020...Wabasso/Vero...Alien invasion...Gave the bridge a shot for Pompano,did not waste a lot of time.  Few casts and gone, no hits.  Hobart Landing, first invader, 12 inch mutton Snapper.  Land bound angler, gave him room.  Loads of bumps, one short Trout followed by its twin.  Island and Flat only Jacks.  Boat passed me and asked if I was catching anything, rod had a pretty hefty bend.  With the amount of Northbound traffic, bypassed the spoil islands and ran straight to Grand Harbor .  Easy day under the bridge.  Short Snook, Snapper and Jacks. Had one barely legal Snapper.   On the way out had a yaker coming in.  He did not yield and let me pass.  Love pigs.  At the basin a 25 foot sporty was almost blocking the exit, eased by.  Head for the secret hole.  Whole lot of nothing, then the second alien attacked, an 11 inch Croaker.   Hit Bethel Creek.  Lady on a SUP, no PFD.  Looking for Sheepheads, saw a couple, but no players.  Third alien of the day.  Snook dock, lost a big Lookdown.  They don’t swing into the boat well, soft jaw.  Few casts later, got baby brother off of the backside of the dock.  Estuary/Vero, Another pair of foolish yakers, no PFD’s.  Had 3 short Snook and spent time chasing Sheepies, big ones are starting to come in.  None of my favorite areas held anything.  Headed for the ICW cuts.  Couple of short Snook.  Last stop of the day, Pine Island ICW cut.  Wind and tide ripping.  One more short Snook.  Head for home, Southbound, straight into the wind and chop.  At the ramp, rollers with white caps.  Pulled in with bow out.  Backed trailer down tight to the dock.  Too much wind and current to turn the boat.  Hopped in,  got turned around and drove the boat onto the trailer, just far enough to hold it.  Success.  All players released for future encounters.  Workers today, Baby Vudu Shrimp and Vudu Vixen. 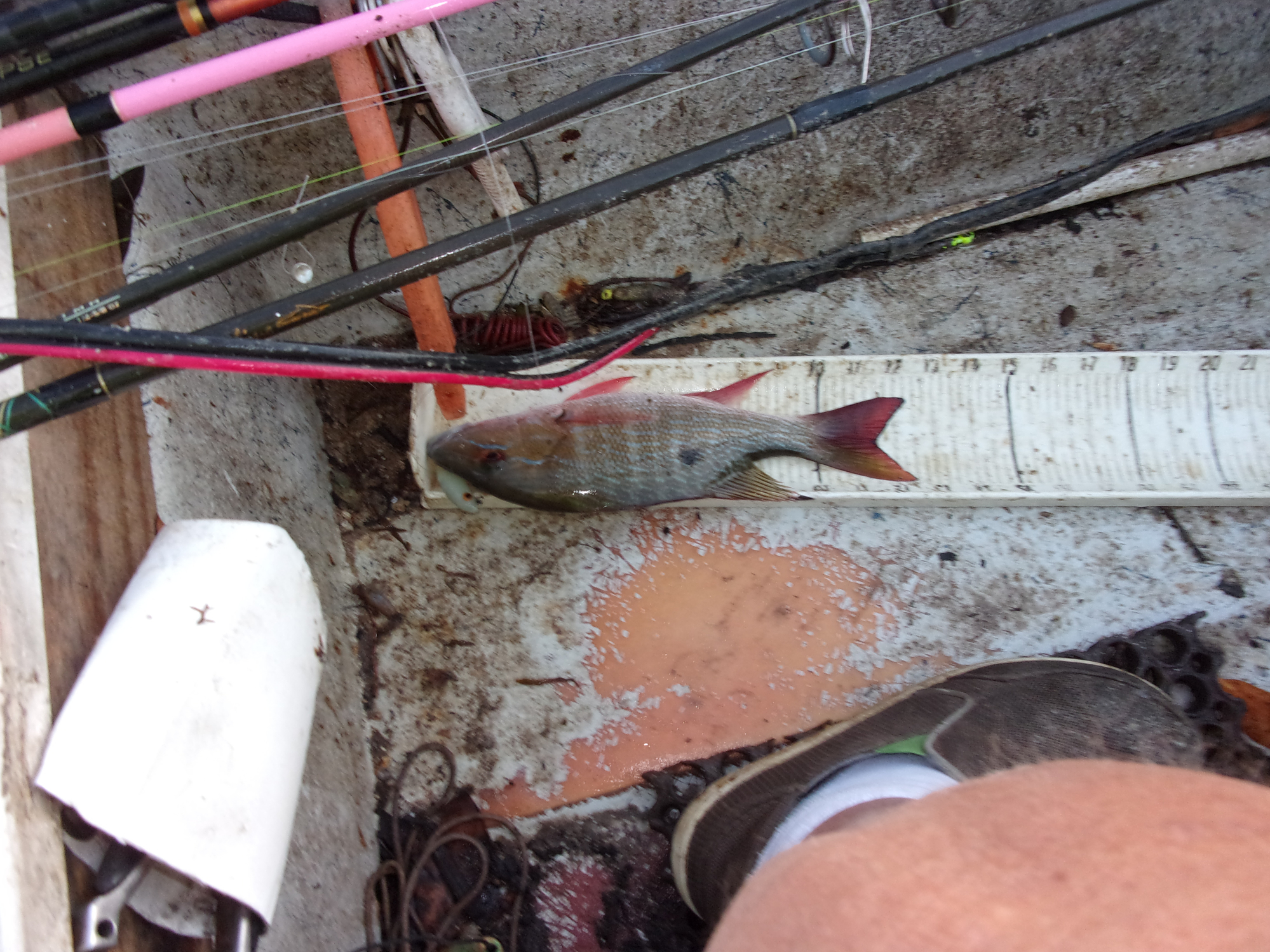 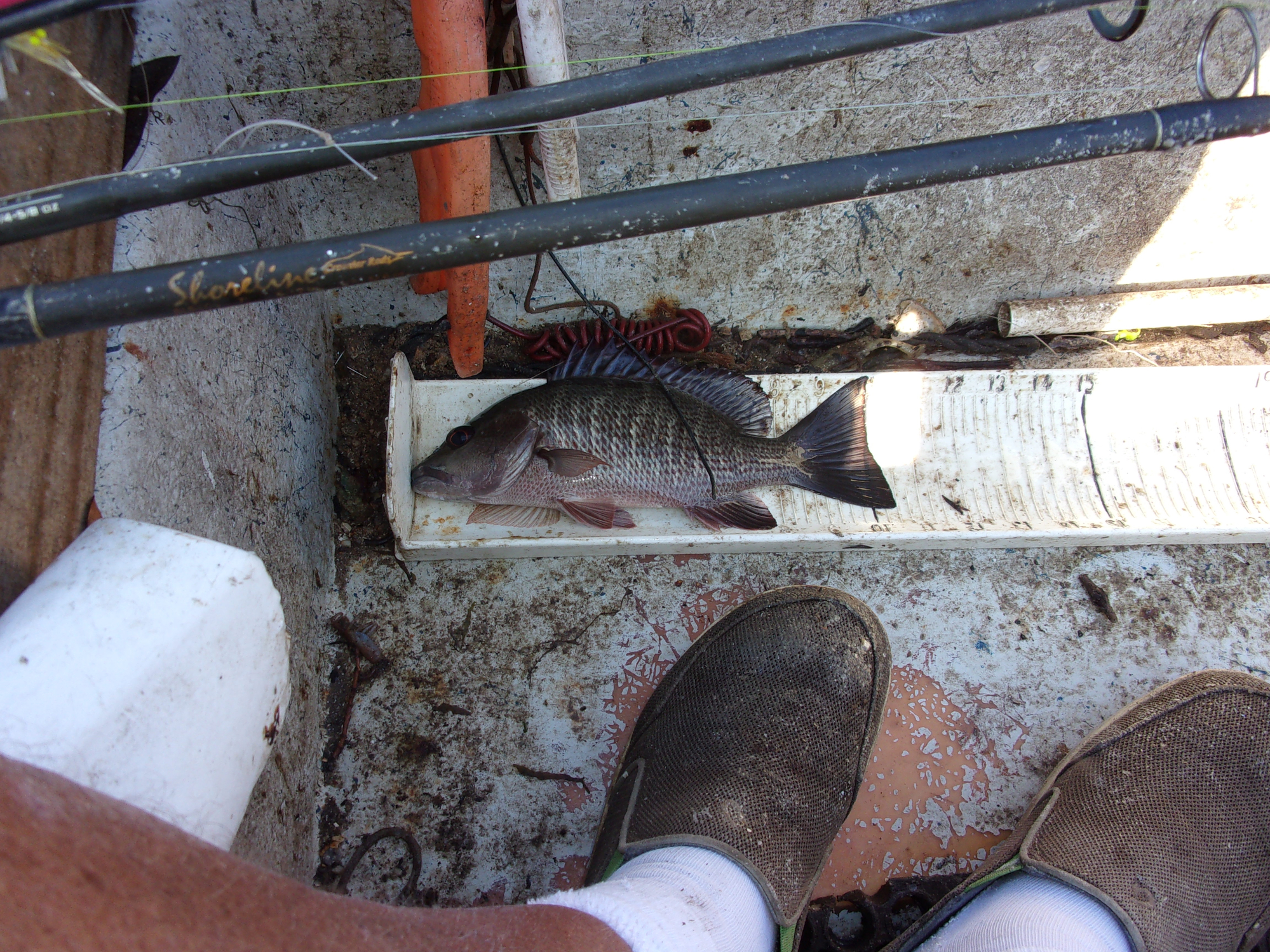 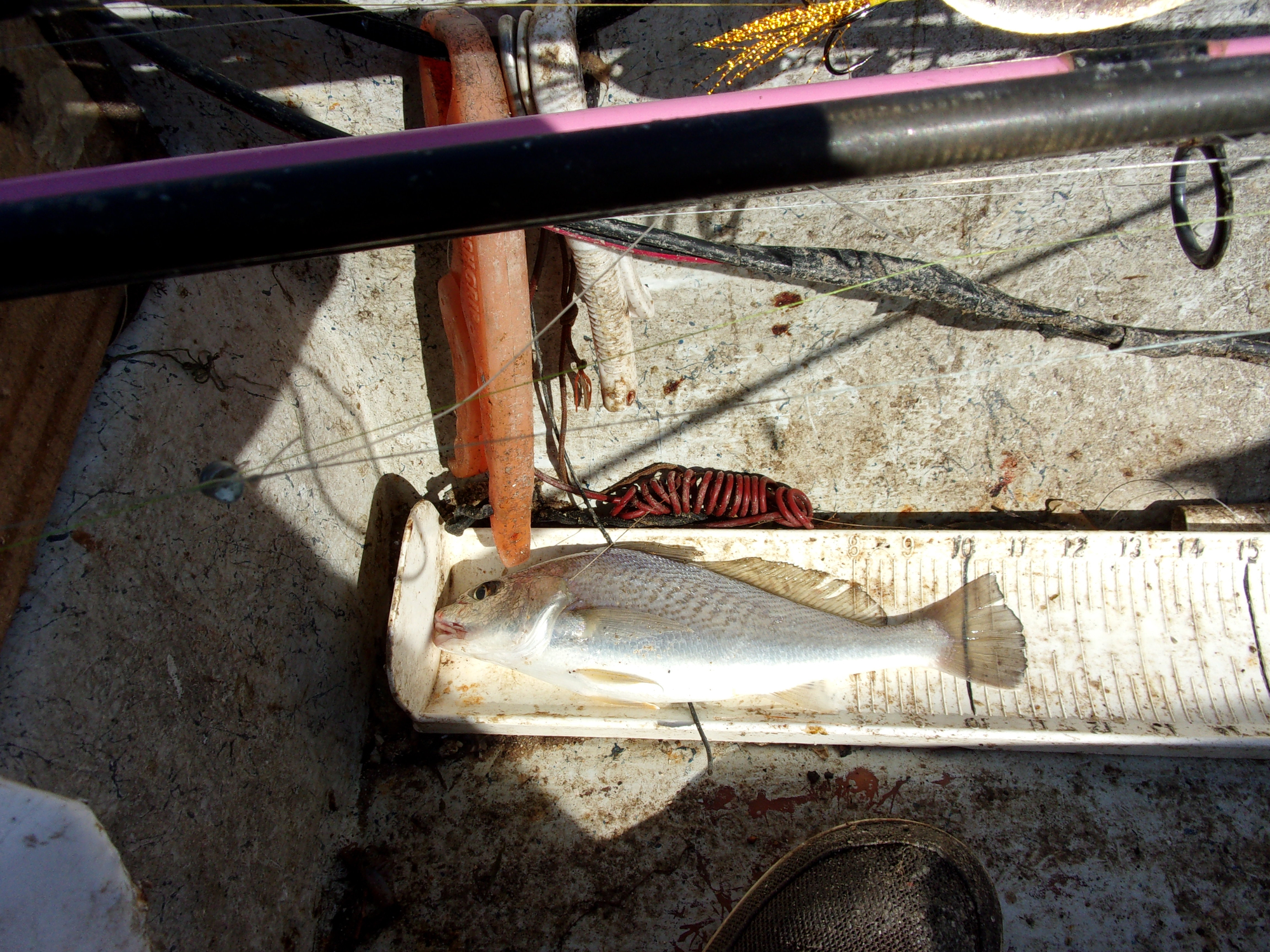 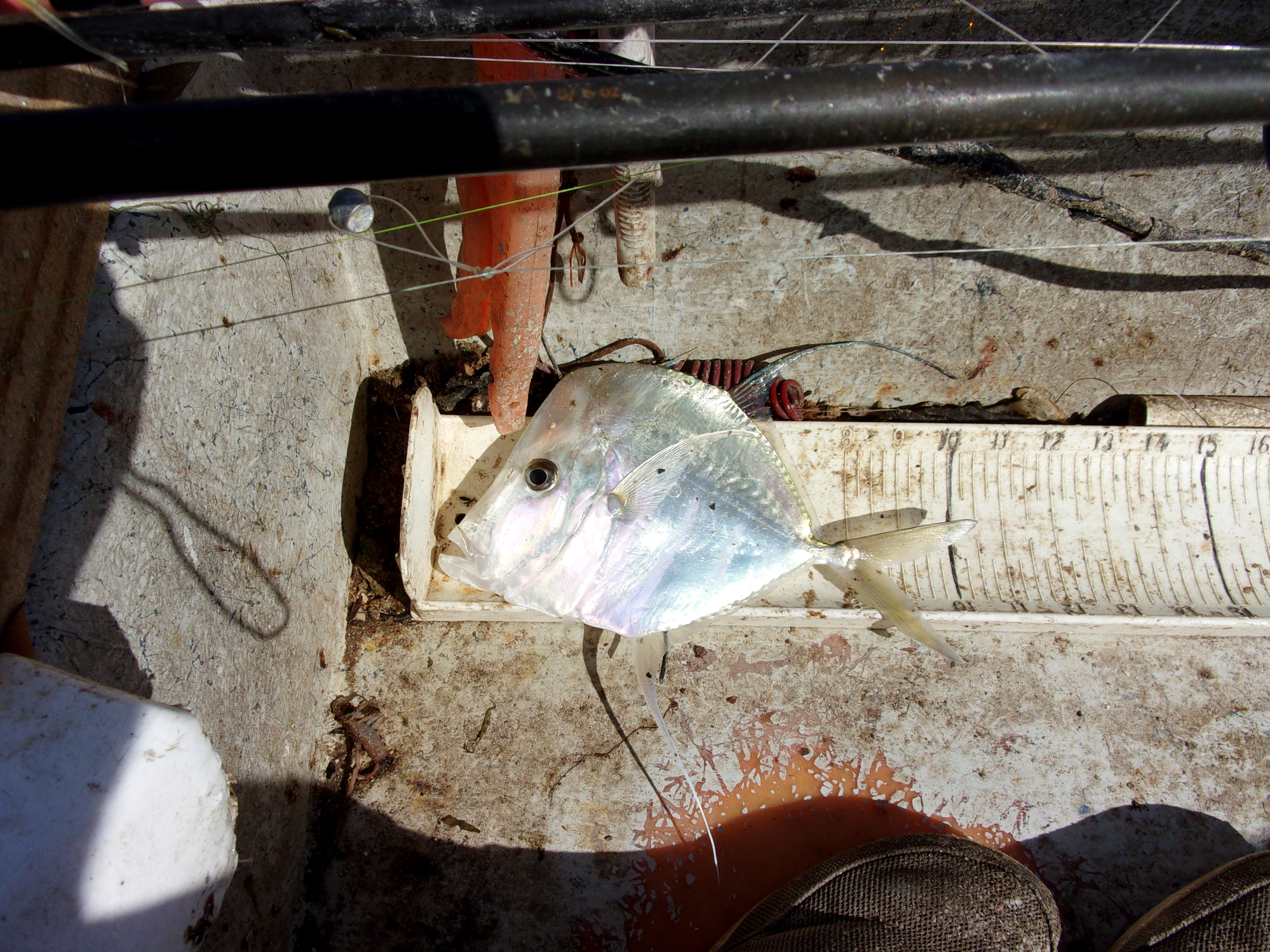 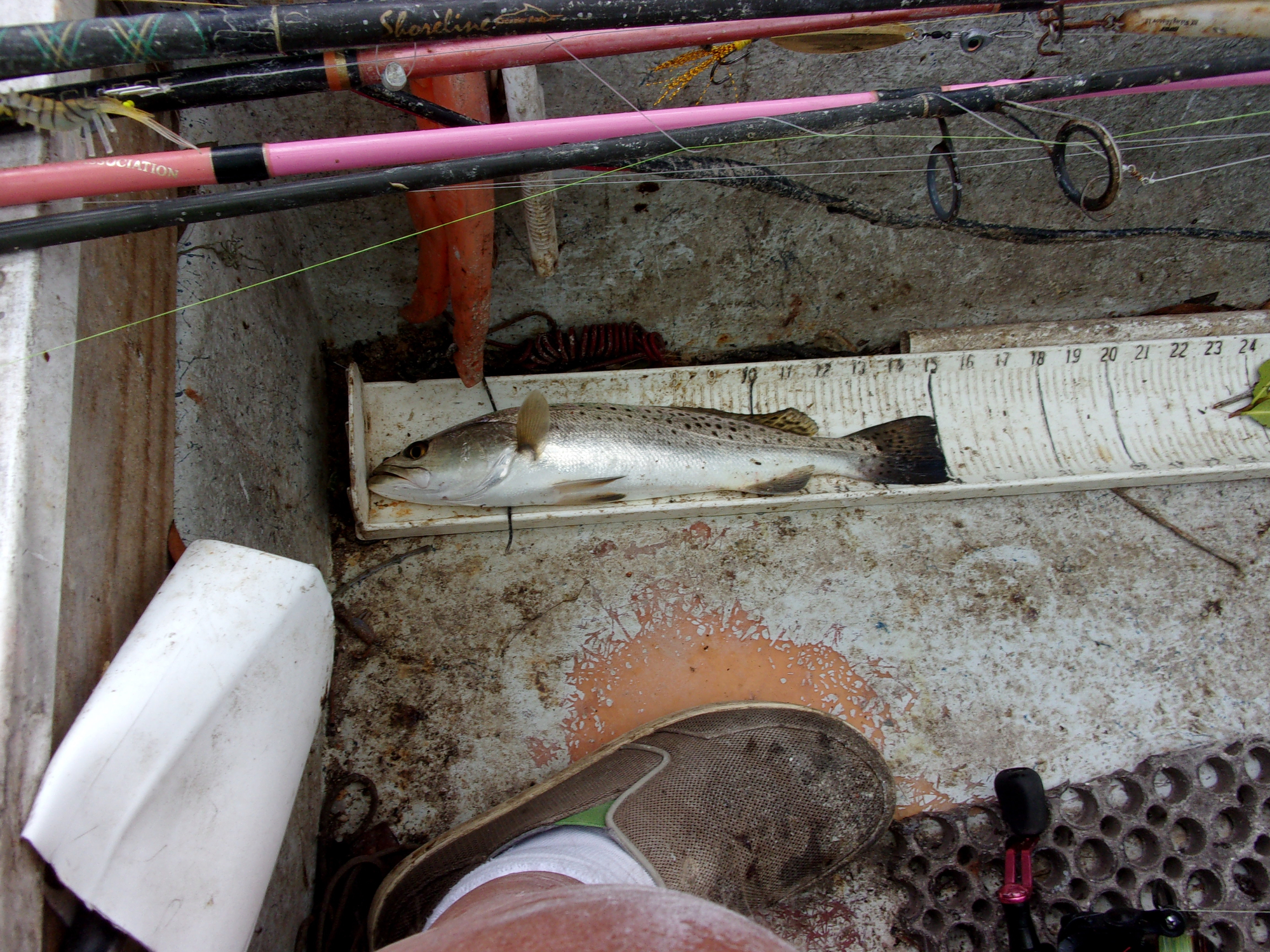 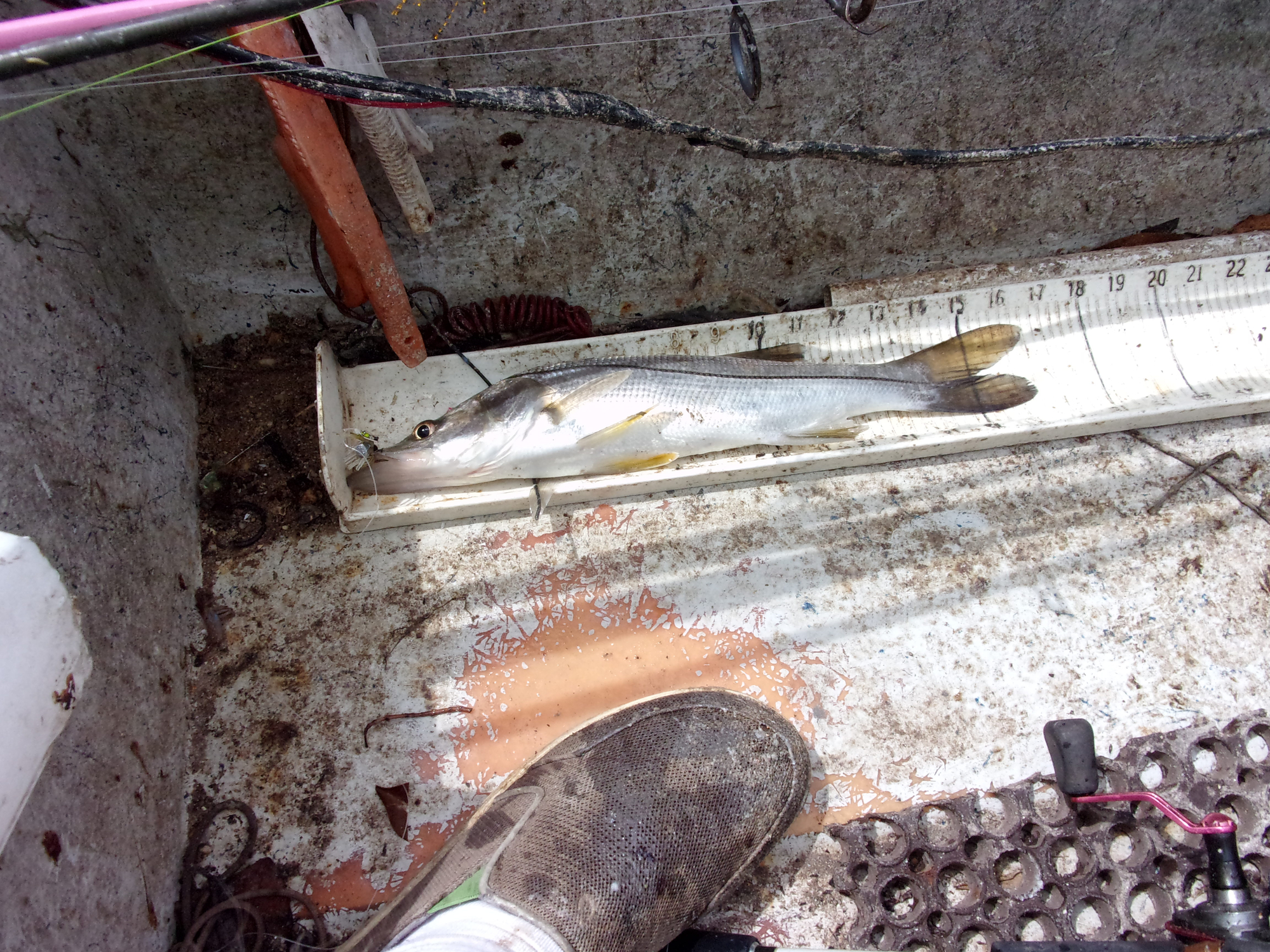