The Dread was the late Cordell Baum's creation. He was a journeyman electrician...immigrated to Miami from Alaska oil and set up "shop" on the west side of Biscayne Bay in Little Havana with Angela.  His nom de plume was Bonefishwhisperer. He fished and guided out of a square back canoe with a pole. However, initially during his salt learning stage he would set up a step ladder on the flat and wait for the passing bonefish.  He could not swim and was always afraid that a manatee would dump us while traversing deeper, Westside channel water. He was also afraid of those huge swamp spiders that would inhabit the overhanging mangroves as we poled out of the various launch sites he used.  He started tying flies that worked on the west side of the Bay...the Dread was his original. It caught Bonefish, Permit and Tarpon and with extra heavy bells Peacocks in the Miami canals...plus anything else in the bay including a huge Sawfish.  All of us who had the pleasure of Cordell have stories of fishing and his world. I always stayed at Angela's detached apartment where Cordell would tie and accumulate various icons...backyard ghost pictures, his Skunk Ape mask, and tackle.   Those who fished with him during certain moon phases and traditional religious holidays would notice floating objects in the canals and in the back water slews on the west side...fruit, vegetables and dead chickens.  Cordell would advise it's Cuban Santeria rituals. Every morning at 5:30am we would stop at a Cuban diner for breakfast and coffee.  This morning I was wearing my all white old Simms Tarponwear with my red Abel nippers on a chain around my neck...as I walked through the door there was a murmured reaction to me...as we sat at the counter ..."Cordell what's up?"  They think I'm taking a Santerian priest fishing.

We would fish until I said uncle...we'd put in at Deering...pole south or north.  The usual day would consist of 15 to 25 miles poling.  I would stand ahead of the bow thwart bracing the back of my calve against it.  Immediately behind the thwart was a wooden stool  flush with the top of the thwart.  He spots a tail in the distance...Ray down and he speed poles to the fish...ok get ready, stand up.

Fly fishing with Cordell and his Dread was never about quantity; it was about remarkable, big fish caught on a flyrod, with his fly, in a poled square back canoe, on the Westside of Biscayne Bay in the shadow of the Miami skyline.  No net, he's in the water tail and cradling the fish...pictures...then walks the fish to revive close to the mangroves...never lost a fish to sharks with Cordell.

The most memorable fish story was not my biggest bonefish but my biggest redfish.  The Biscayne reds were special, reintroduced by U. Miami in the early 90ies.   Cordell knew when and where  they would loop into the mangroves.  I flailed and failed away for two hours sight casting as they went into the mangroves, no joy.  Cordell said let's put a lighter Dread on so it stays up longer so maybe the second or third fish in the chain will bite.  By this time the east wind was up 15-20 kts and Cordell was just barely keeping the canoe fixed about 60-70 feet off the mangroves.  And cast into a cut in the mangroves...first fish nothing second fish was on...and heading back for the mangroves...Cordell says can't keep position with this wind...hang on I'm going in and keep us out...

It was the 8wt Xi3 butt, the Grand Max tippet and palm on the spool...kept the Red out and Cordell kept the canoe out but Cordell was now up to his neck in water ...he walks us south for about 100 feet to a bar ,lands the fish, hands it to me nearly tipping the canoe but he grabs the gunnel while I have the fish before we tip over...what a day flyfishing with the Dread.

The most memorable Cordell story.  Launching at a park, done it many times...signs beware salt water crocodiles ...never have seen one...seen lots of alligators inland.    Early light just before sunrise, Cordell unloads the canoe from the bed of his truck...I'm getting the gear out of his truck and ready to load at waters edge.   "F...," crash and Cordell dropped the canoe  and has jumped back from the water edge to the concrete low wall ...and there she or he was in the dark water just a huge black head , black eyes and narrow snout about three feet from the canal's edge...just patiently waiting for Cordell's feet to get into the water.   Subsequently learned he or she was a recent arrival in the area and had dined on madam's golden retriever a couple days before our encounter .

Bonefishwhisperer  a/k/a Cordell Baum was the genuine article and flats fishing out of a poled square back canoe on the westside of Biscayne Bay with a flyrod and his "Electric Dread" was as good as it gets. 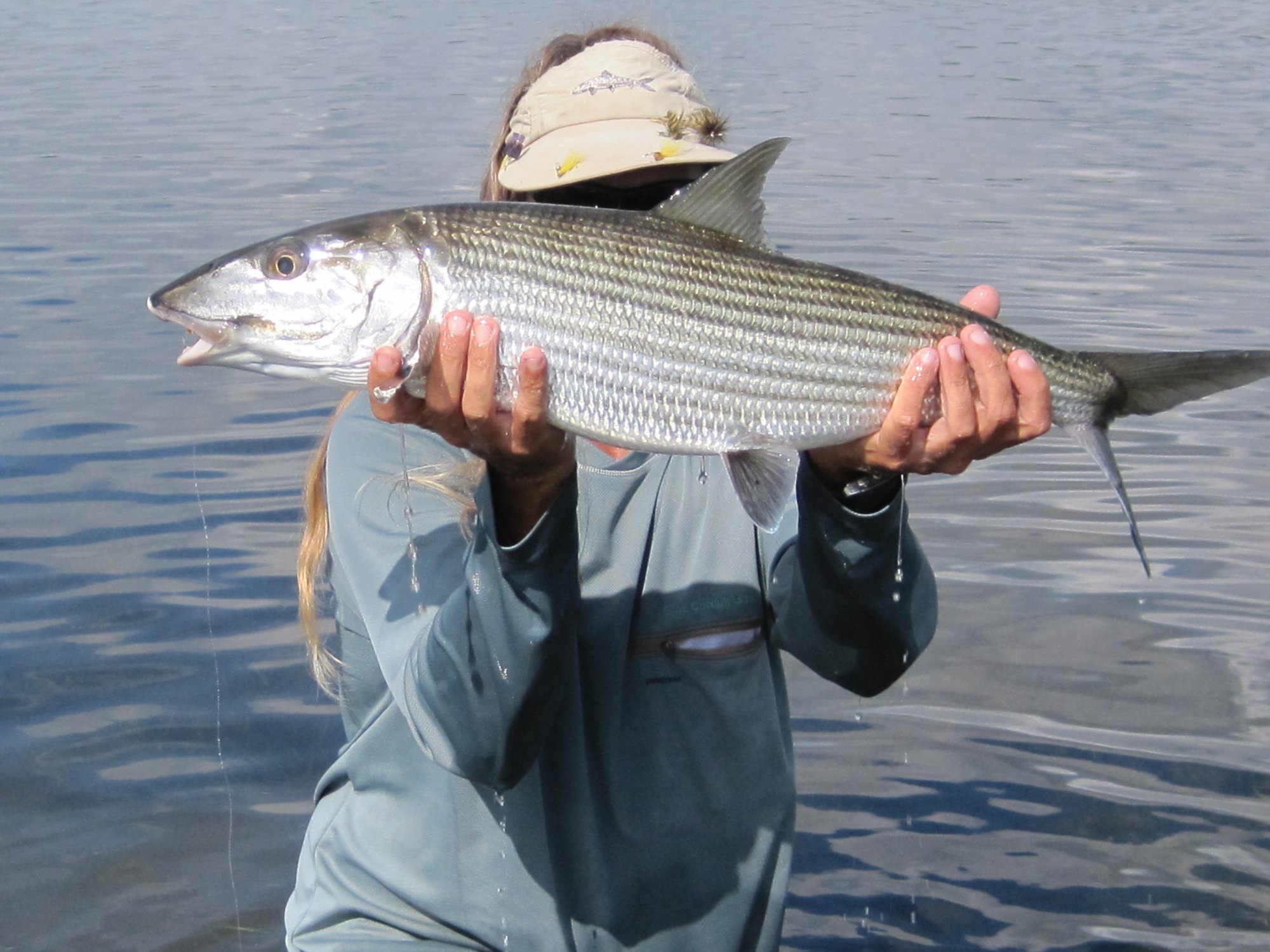 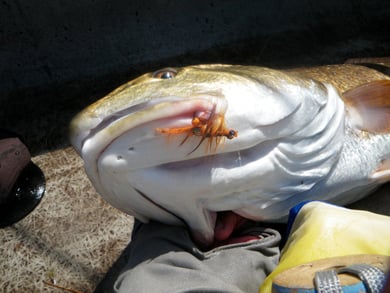 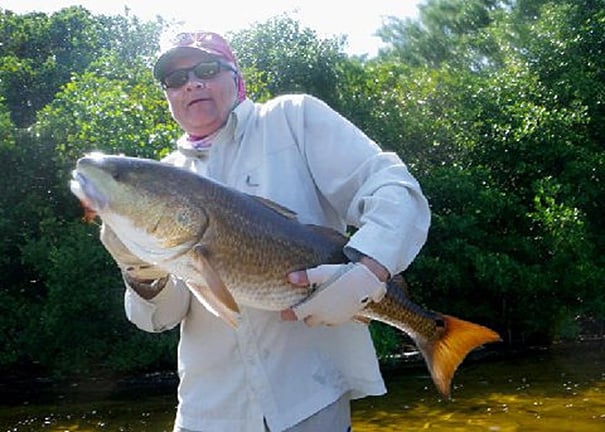