harbison Posts: 3,809 Captain
January 13 in West Central General Fishing & The Outdoors #1
Secret weapon for Hogfish
In 'Targeting Mangrove Snapper' we saw how difficult it can be to fool the elusive Mangrove Snapper. 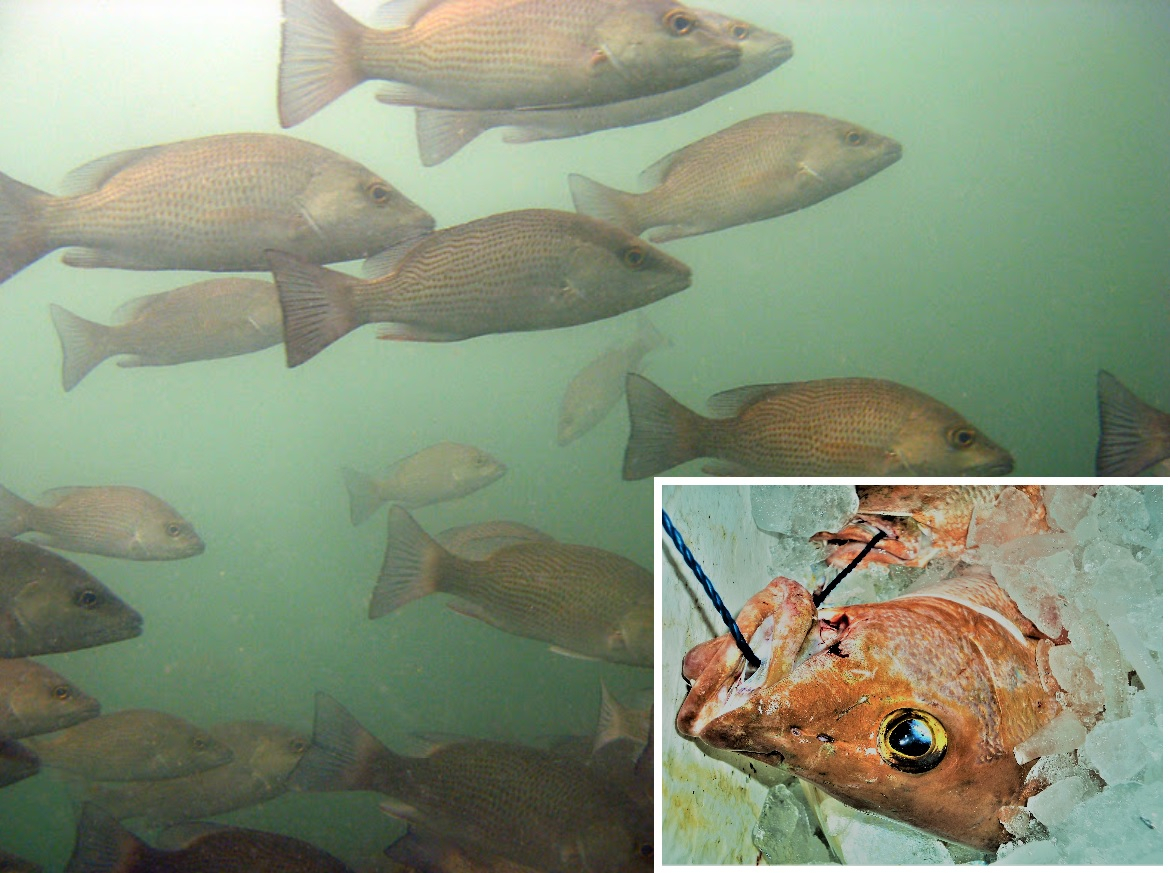 The Hogfish is even harder, much harder.
Let's take a look:
Hogfish belongs to the wrasse family & is the only known member of its genus. The Western Atlantic Ocean is home to the Hogfhish. The 'Hogs' habitat begins from the Bermuda region, goes south towards the Caribbean Sea and the northern part of the Gulf of Mexico, and extends to the South American coastal region. The Hogfish uses its elongated pig-like snout to rummage and graze for crustaceans. Juvenile Hogs start out as female and then become male as they mature. Hogfish have been recorded to live up to eleven years. The current Florida record Hogfish stands at 19.8 pounds caught off Daytona April 28, 1962, by R.E. Data.
Most Hogfish are harvested by spear fisherman. They can be caught on hook-and-line, but, due to the nature of the beast, it's not easy.
Fourth generation owner/operator of Hubbard's Marina, Captain Dylan Hubbard, is a Florida native who has lived his entire life in Central Florida. To say fishing is in his blood would be an understatement: 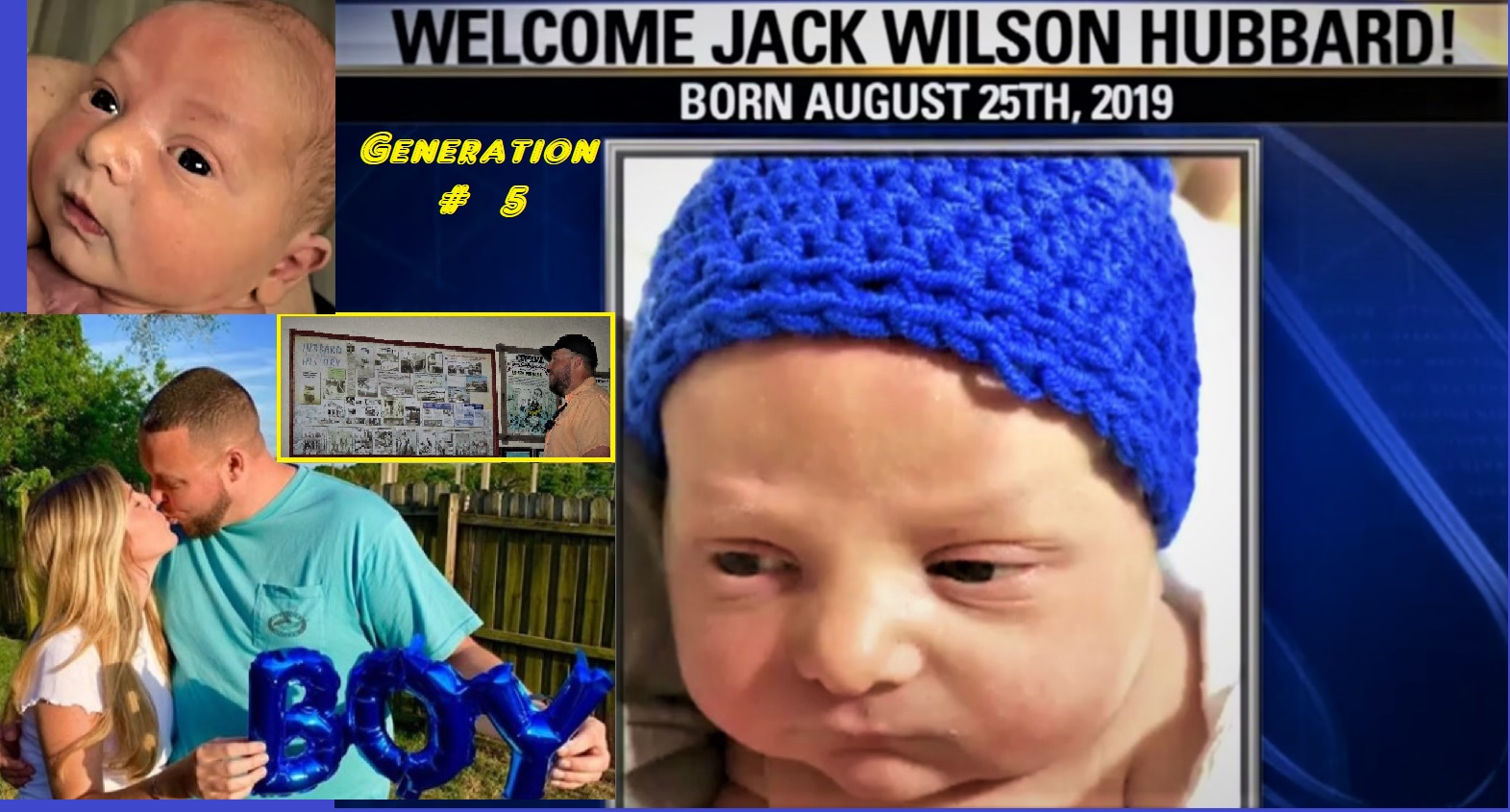 If it swims, and can be caught, Captain Dylan can and will catch it: 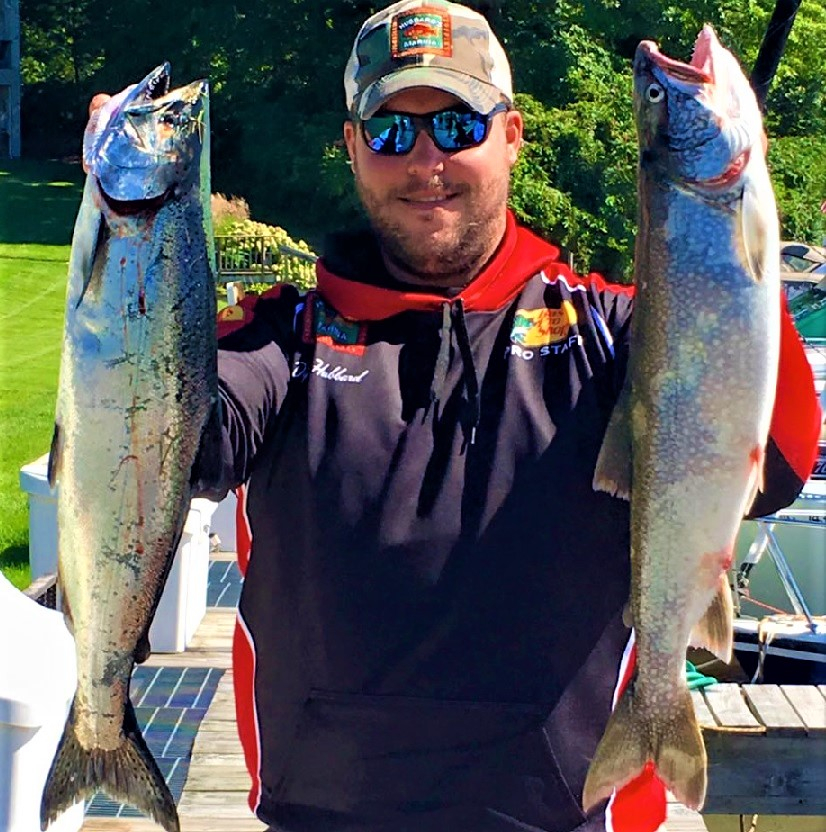 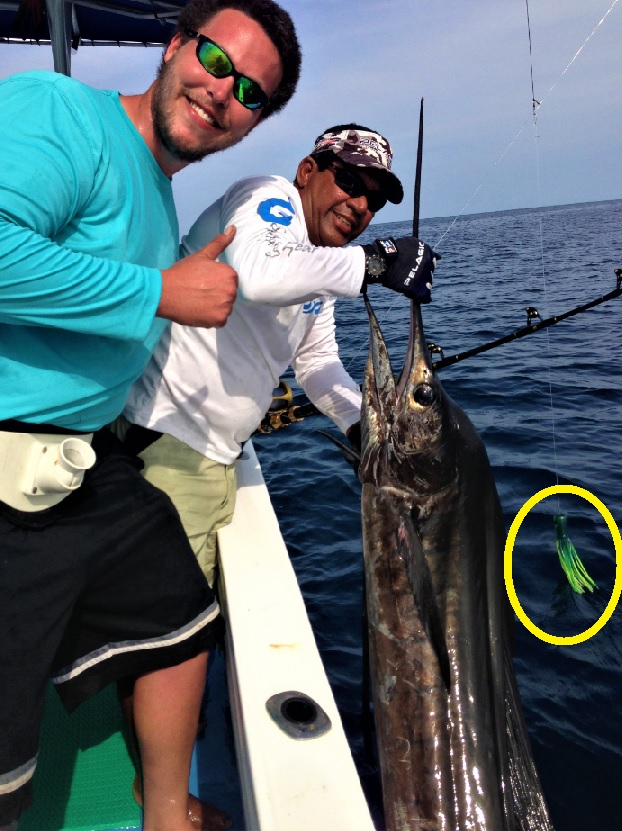 The 'difficult to catch' Mangrove Snapper: 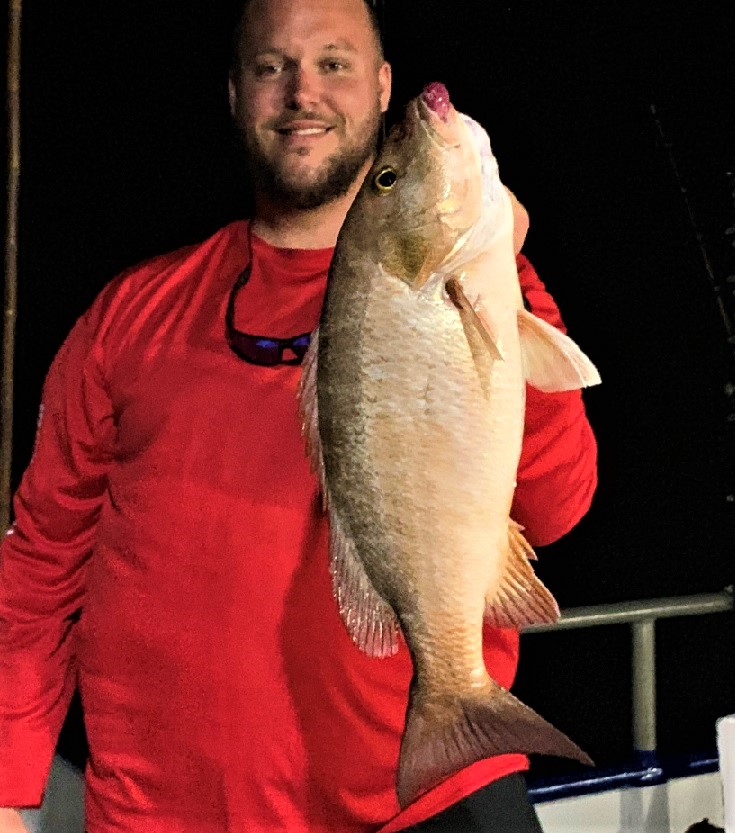 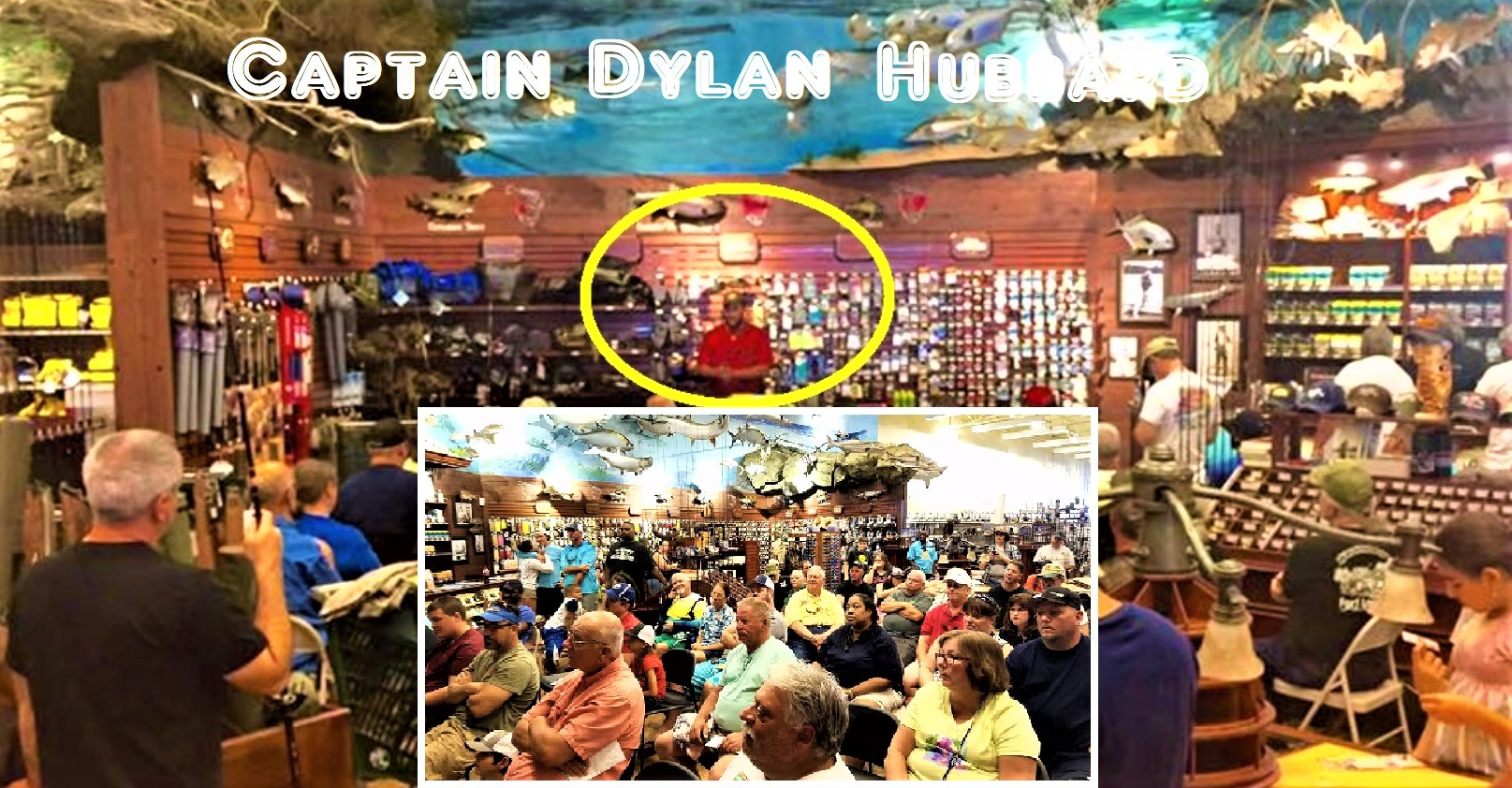 Captain, Sir, we have no time for drugs; we are too busy fishing.
"Too busy to go fishing" NEVER! 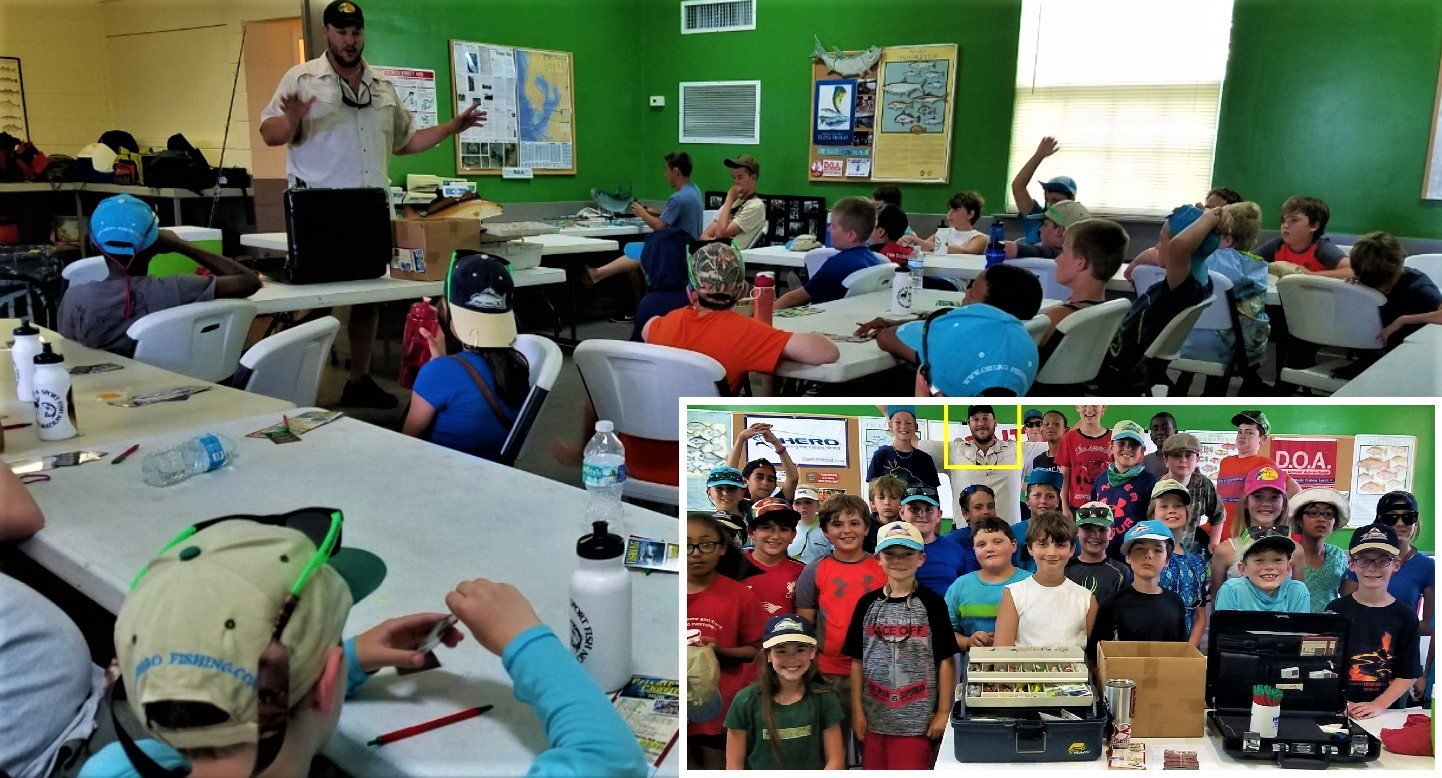 During the cooler months the Hogfish are on fire, but remain extremely hard to catch.
Let's take a look at Captain Dylan Hubbard's...
'Secret weapon for Hogfish
"Hogfish bite is super hot right now, especially around 40-70ft of water we are seeing the hogfish chewing well. They take a bit to get dialed in on but once you find their areas they are really loving the live shrimp! Lighter tackle approaches work well especially with a minimal weight like a ¾-1oz weight and a 3-4ot hook with around 30lb floro leaders. I like to use a spinning rod and reel with around a 4000-5000 series reel and around 20lb braided line with that 30lb leader super long to ensure these guys have no shot at seeing your braid anywhere near your bait. These guys love hanging around adjacent to the harder bottom areas. Small ledges, rock piles, or flat hard bottom with lots of relief seems to work best to keep those hogfish around. Right now the ‘secret’ weapon has been our use of 8mm red beads on our knocker rigs. So we use the methods described above to make a knocker rig style set up but between the weight and hook we ad around 4-5 of these 8mm red beads. Seems pretty silly and goes against my minimalist approach to hog fishing but we cannot deny it’s results as of late."
Captain Dylan Hubbard
Only have a 1/2 day to fish? No Problem: 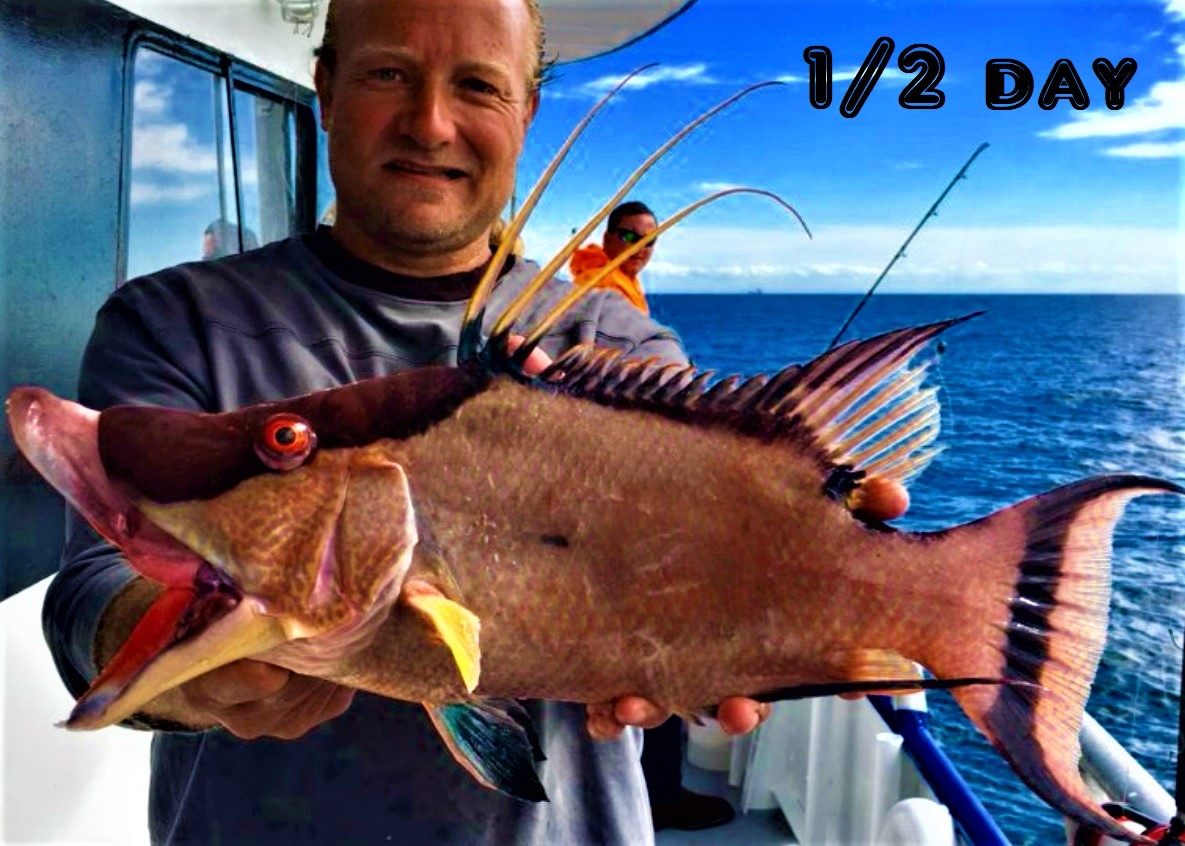 The all-day boats are doing even better.
Captain Frank started as a deck hand who worked his way up to Captain. He and Smokey have been a team for years: 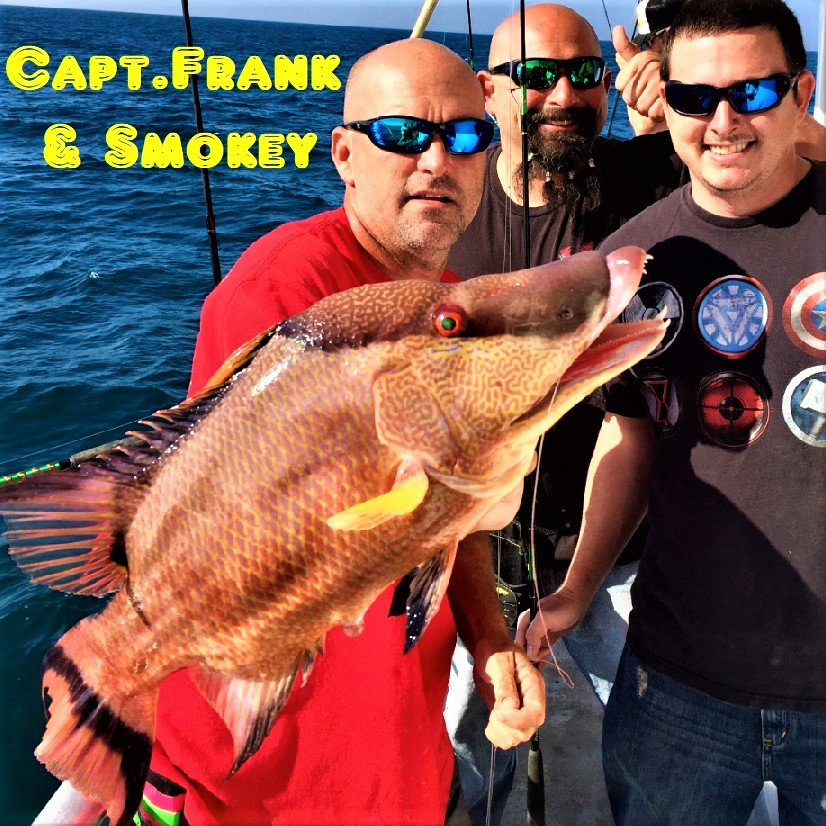 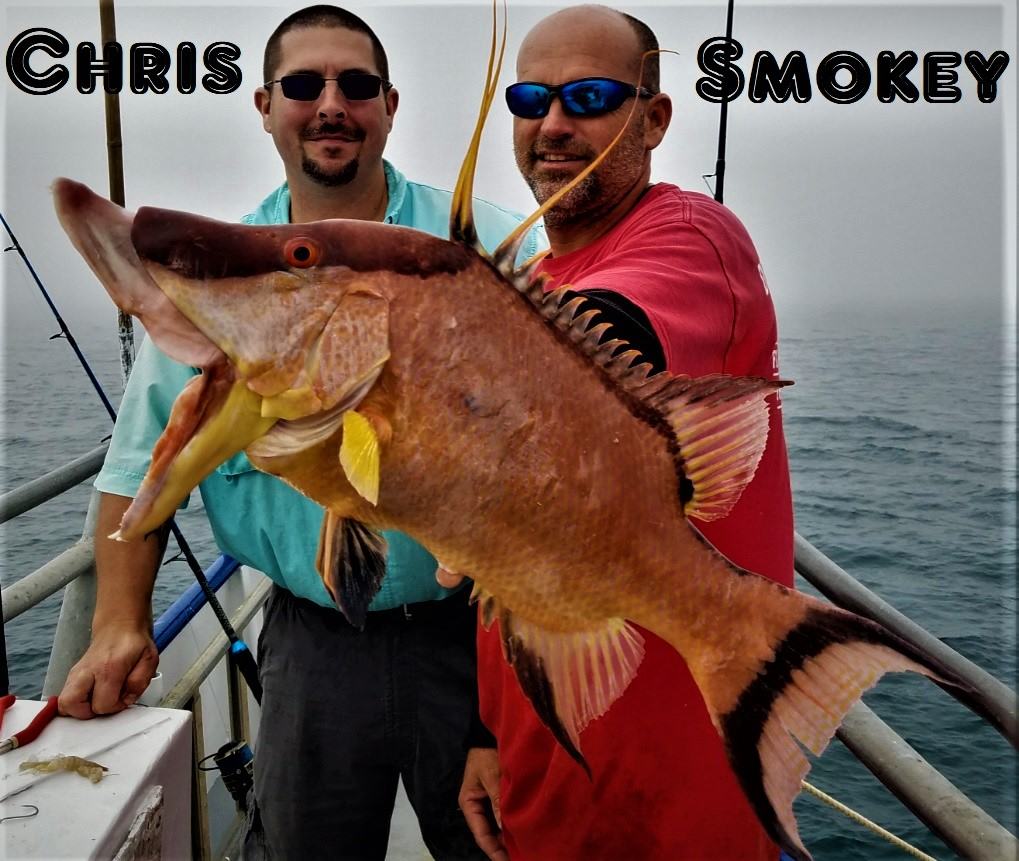 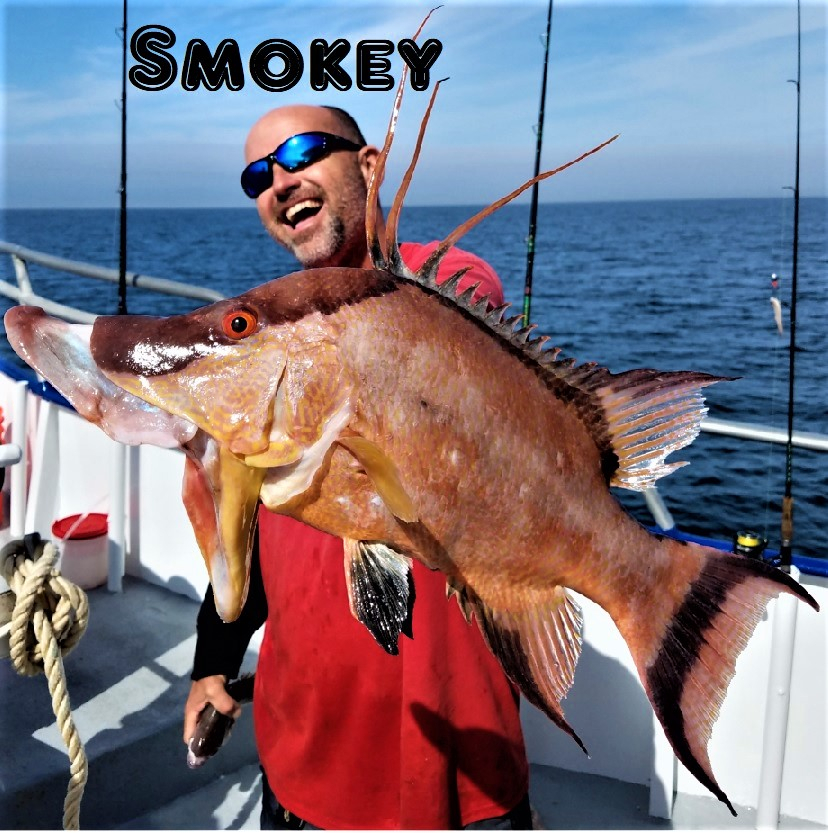 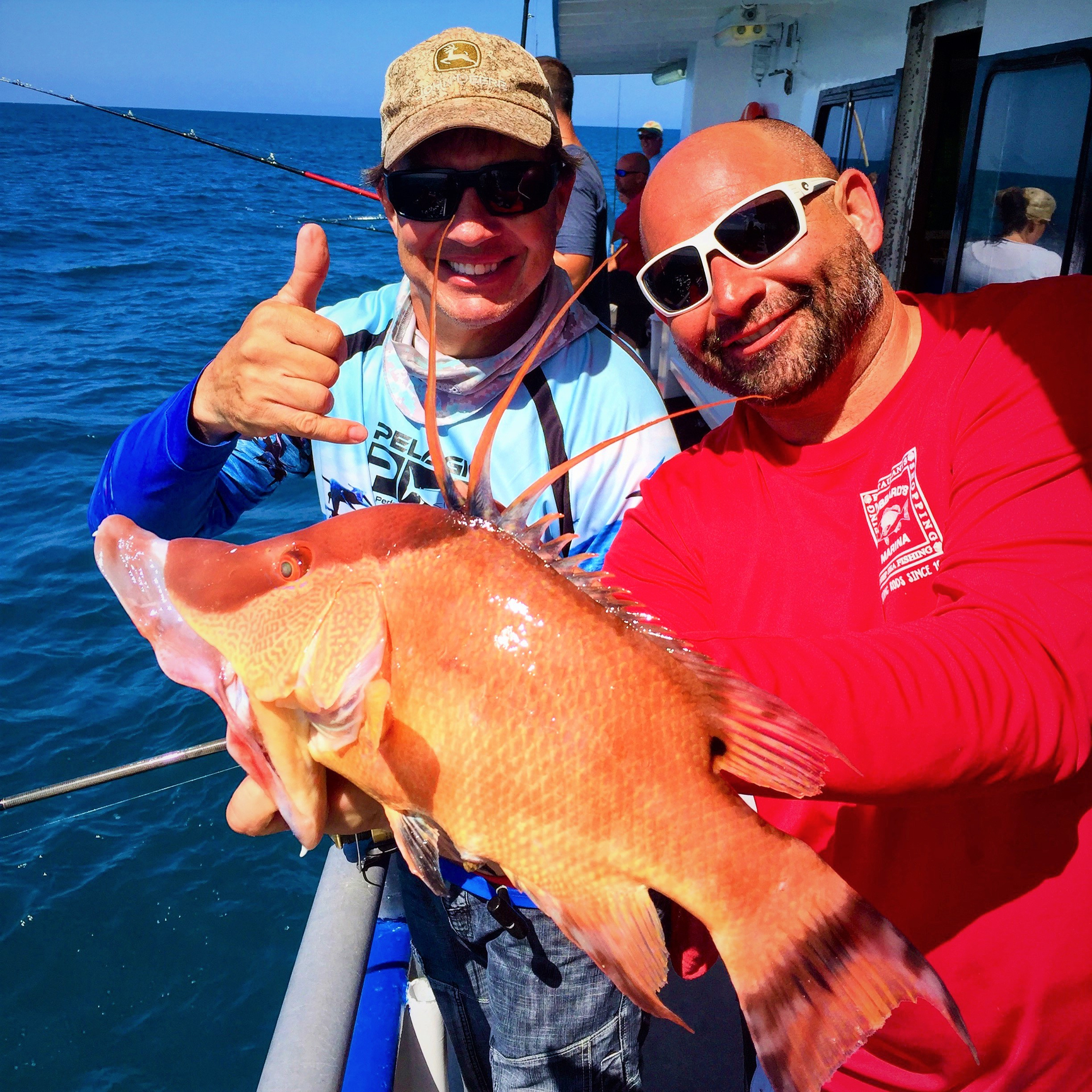 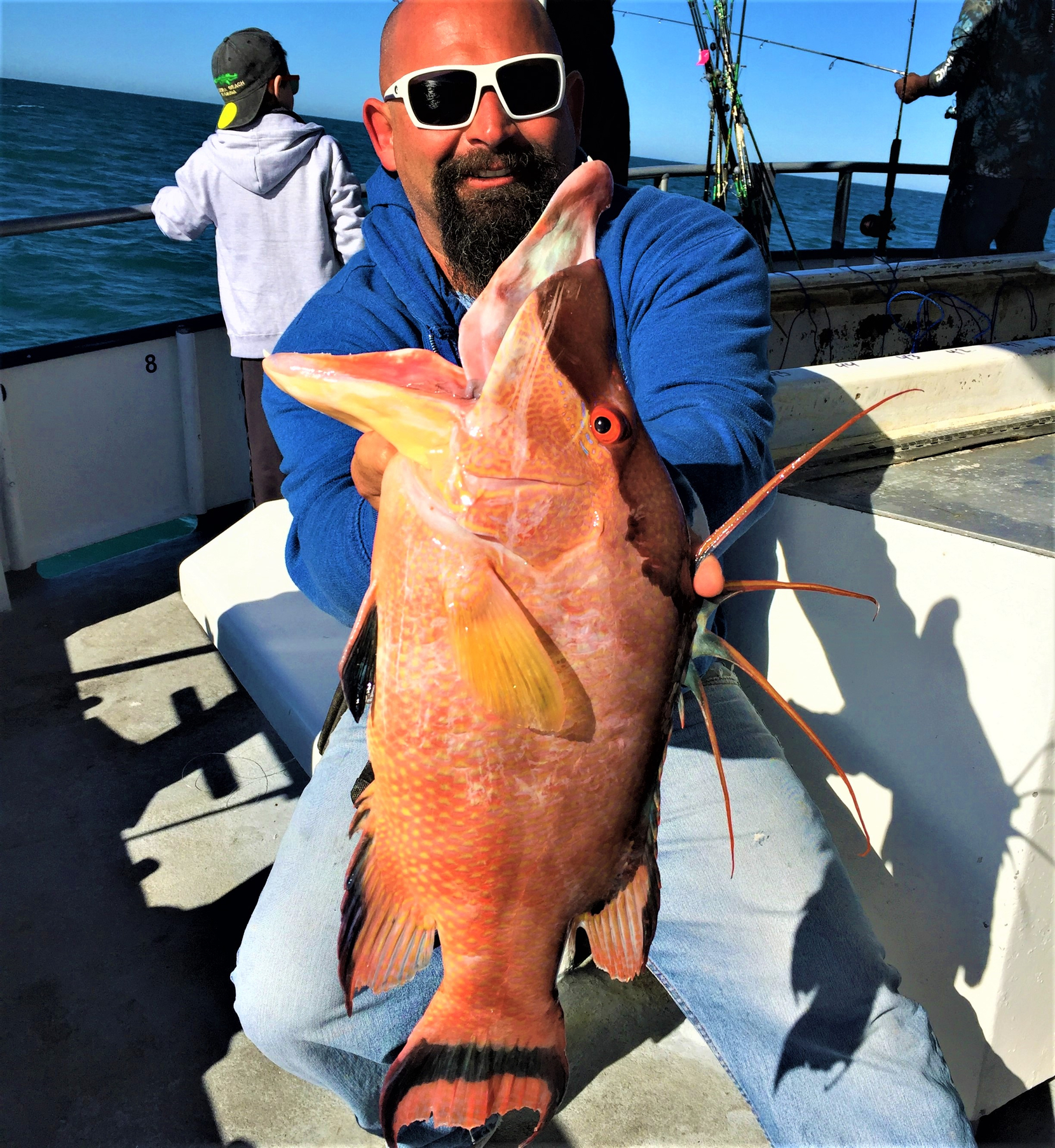 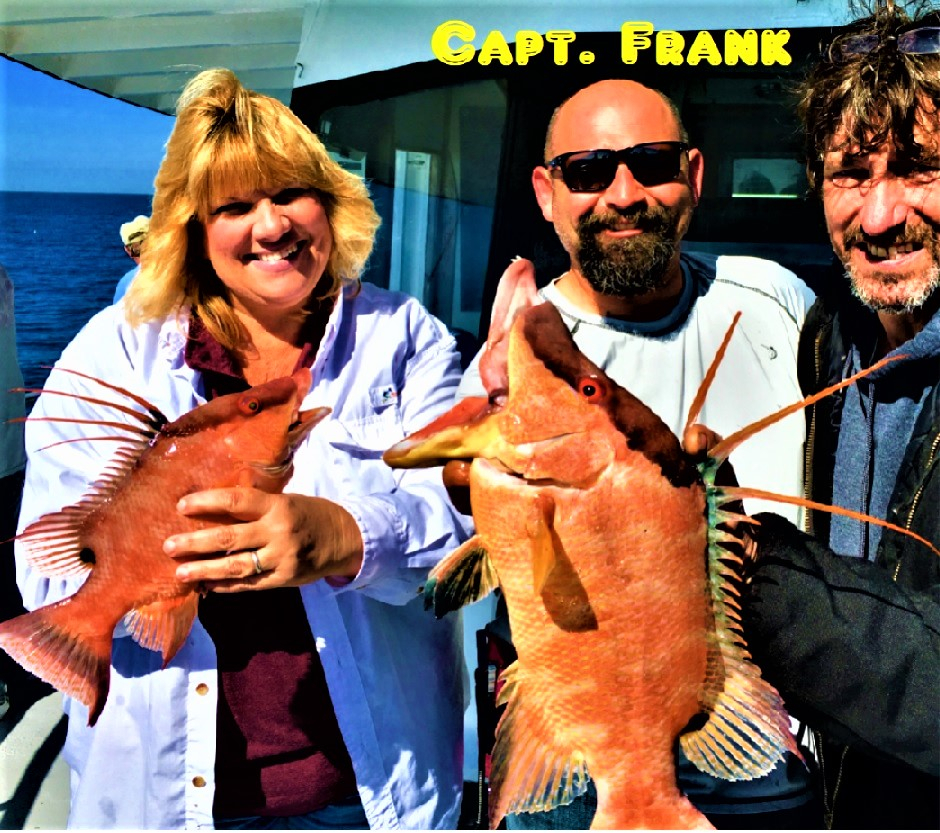 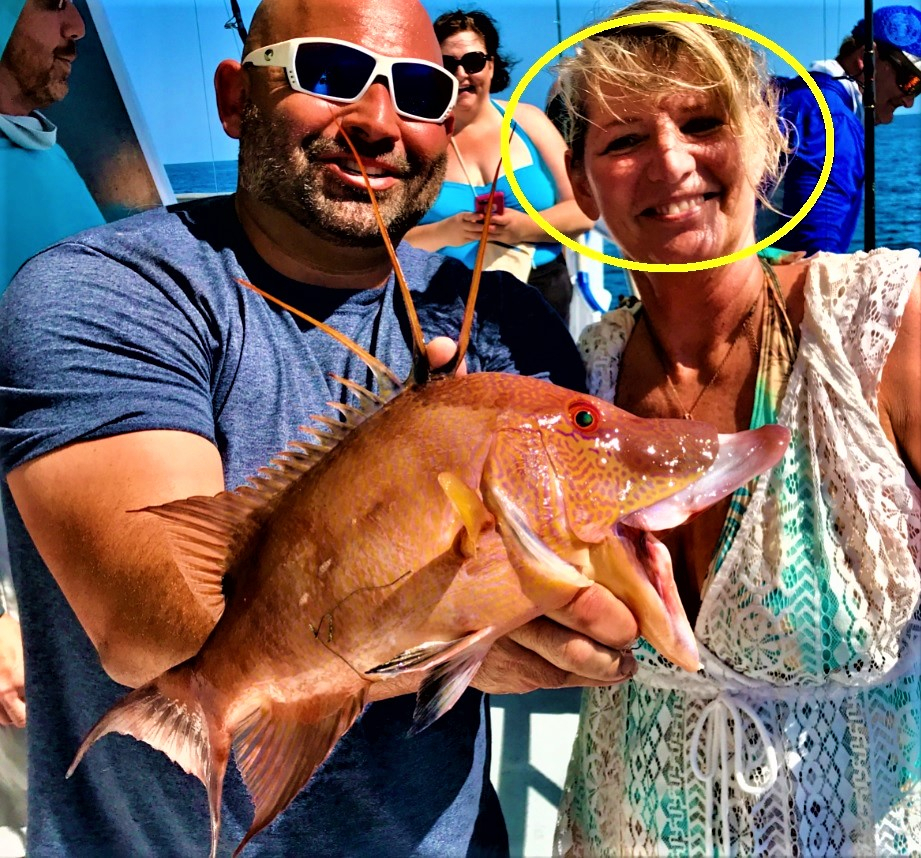 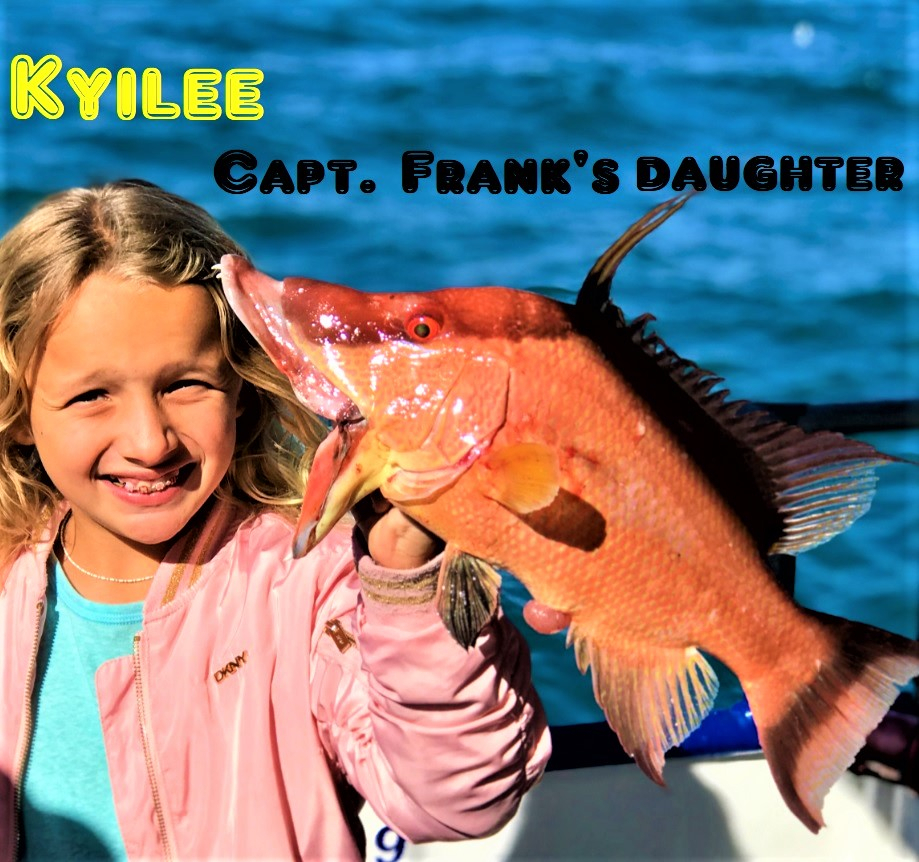