Morocco_madness Posts: 2,930 Captain
January 2 edited January 2 in Northeast Fishing Reports #1
I recently had the opportunity to film an episode of Reel Animals with Captain Mike Anderson. The experience was an absolute blast. Talk about down to earth. Mike is truly the same person as he is on TV. He has a love for the water and an even bigger love for educating his audience through Reel Animals and his Tampa based radio show. When he's not filming or talking fishing on the radio, he's guiding in Tampa Bay. You have to love the sport to be immersed in it that much!
We had 3 days set aside to put together a Red Fish show. Weather was supposed to change for the worse so we planned for the worse. Little did we know that conditions were going to be absolutely perfect for day number one. No wind, 2 to 3 foot seas, and clear blue skies, perfect for filming.
Right out of the gate the fishing was insane. We started off with light tackle targeting smaller Reds. After 4 or 5 fish just over slot, Mike made the decision to go after some bigger ones. We moved to deeper water and again, within 5 minutes, fish on! from that point on we proceeded to catch between 20 to 30 Bulls. I don't even know how many double hookups there were. We had several triple hookups and even a quad at one point. Several times we had to let the rod holders fight fish as our hands were already too tied up fighting fish. The fishing was so easy, the film crew even played around with a drone and messed around shooting some time laps. The shoot was complete by noon. All that remained was to film a rigging segment, an introduction, and a closing cameo. 1 take for each and done.
Needless to say, the show was a breeze. Mike and I definitely plan to shoot more content together in the near future. If nothing else, I definitely got a good friend out of the experience. 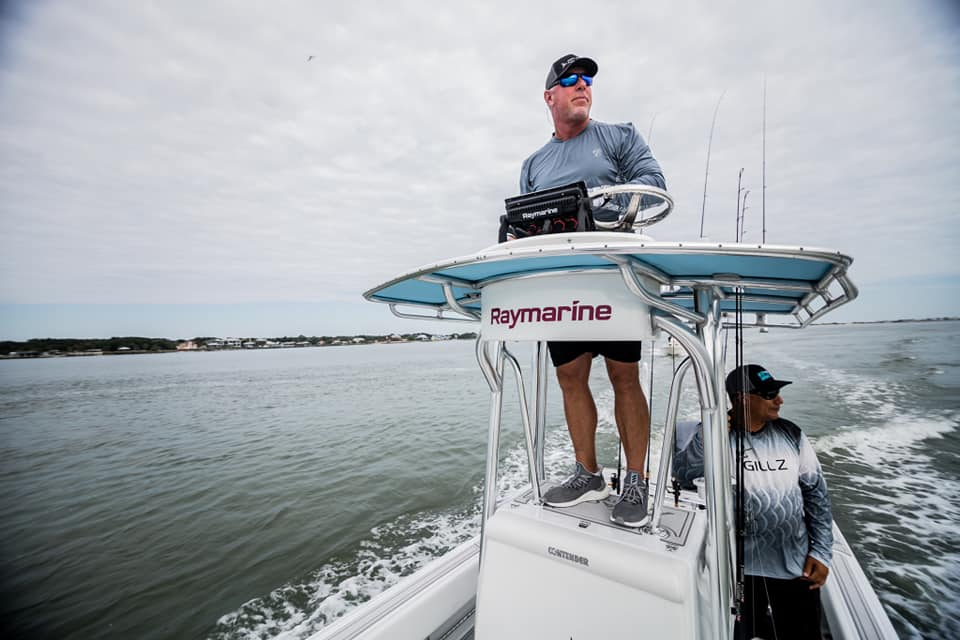 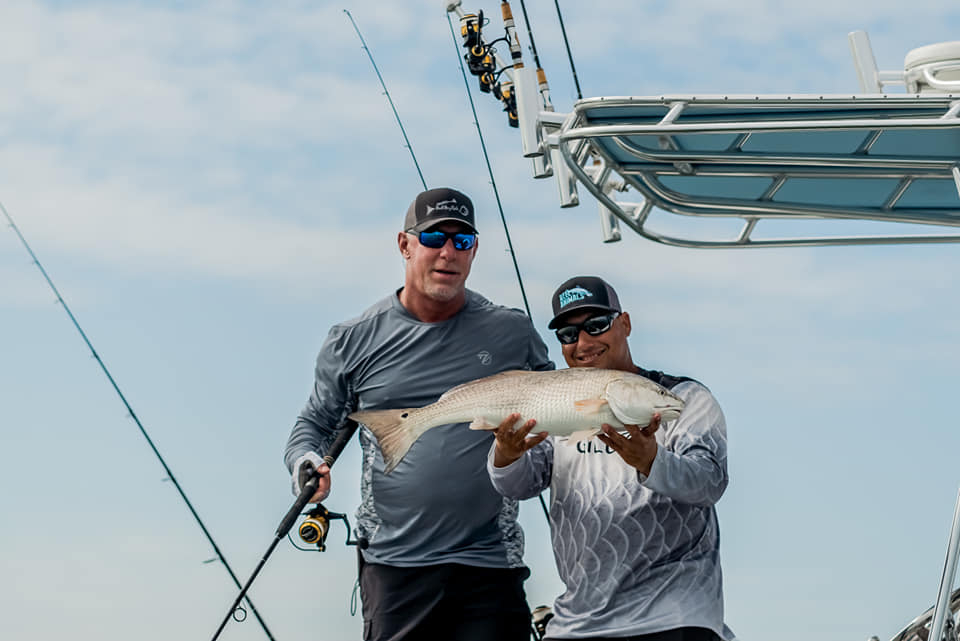 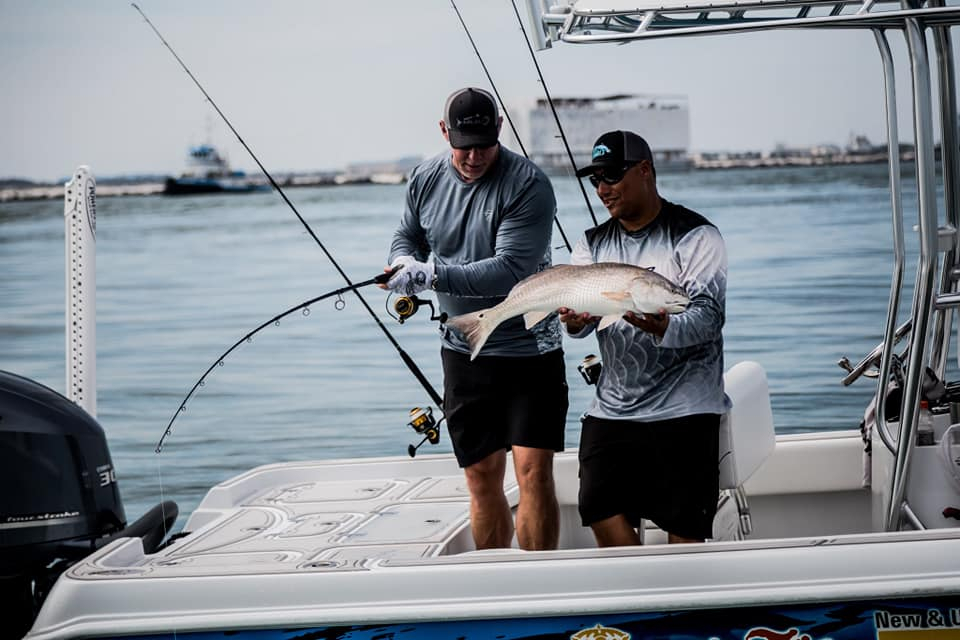 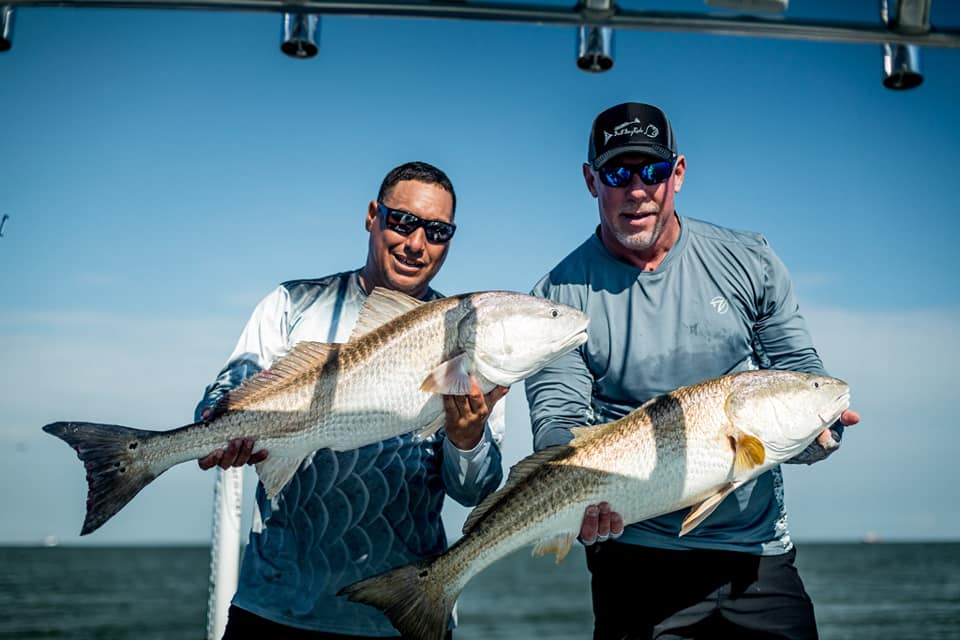 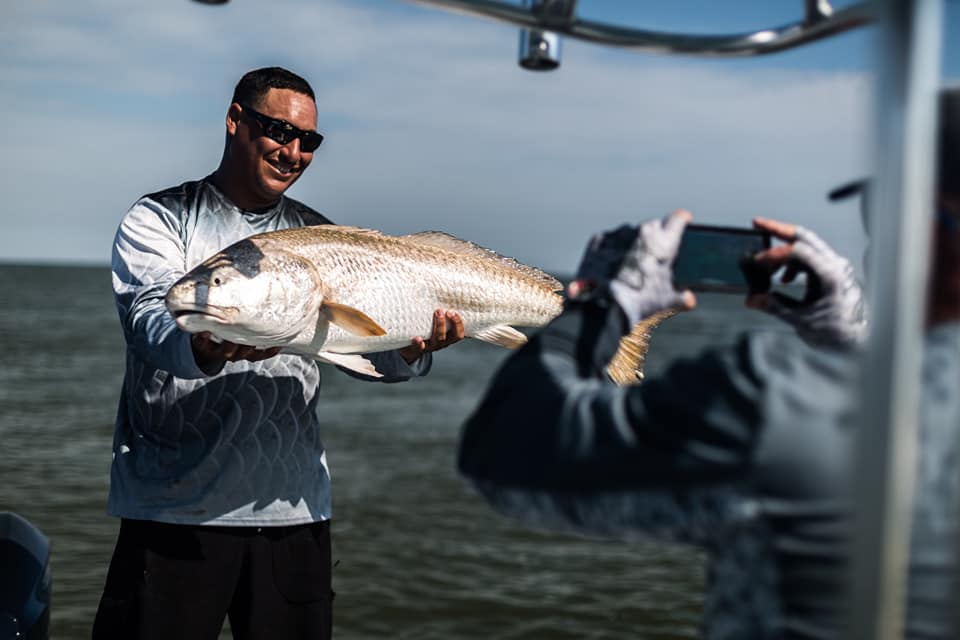 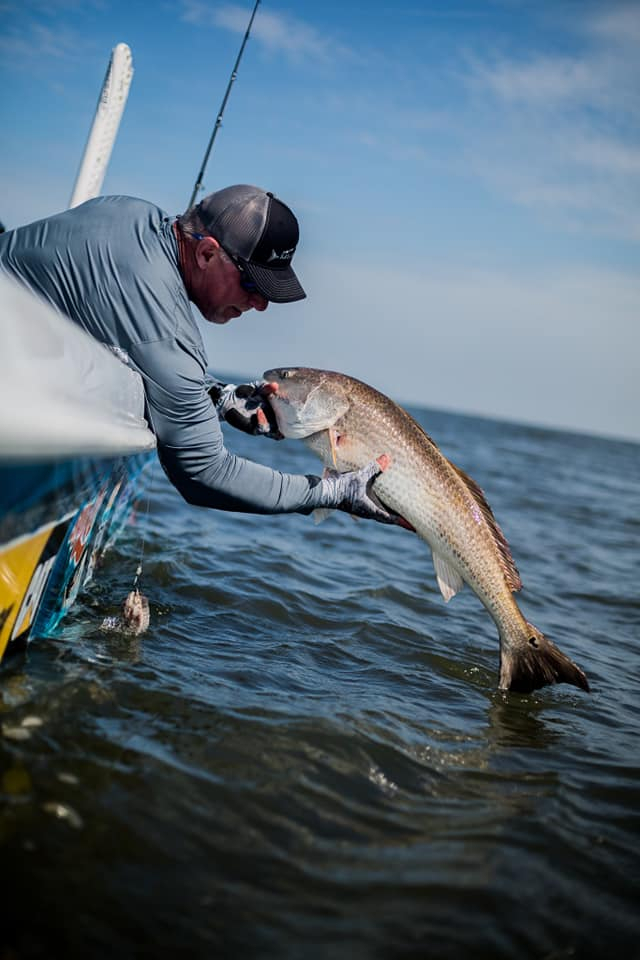 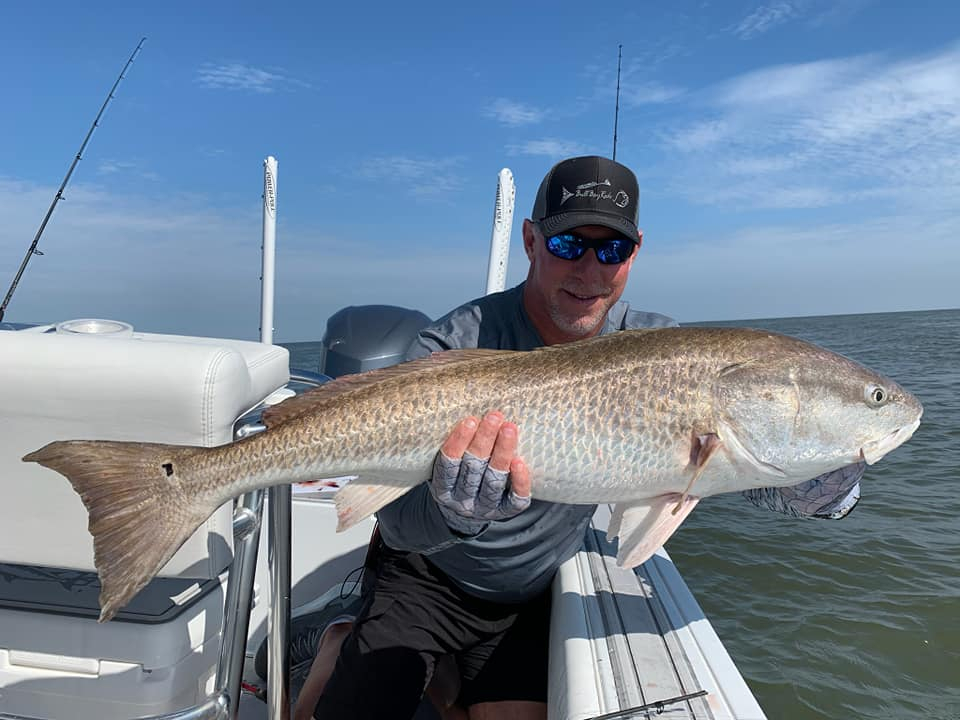 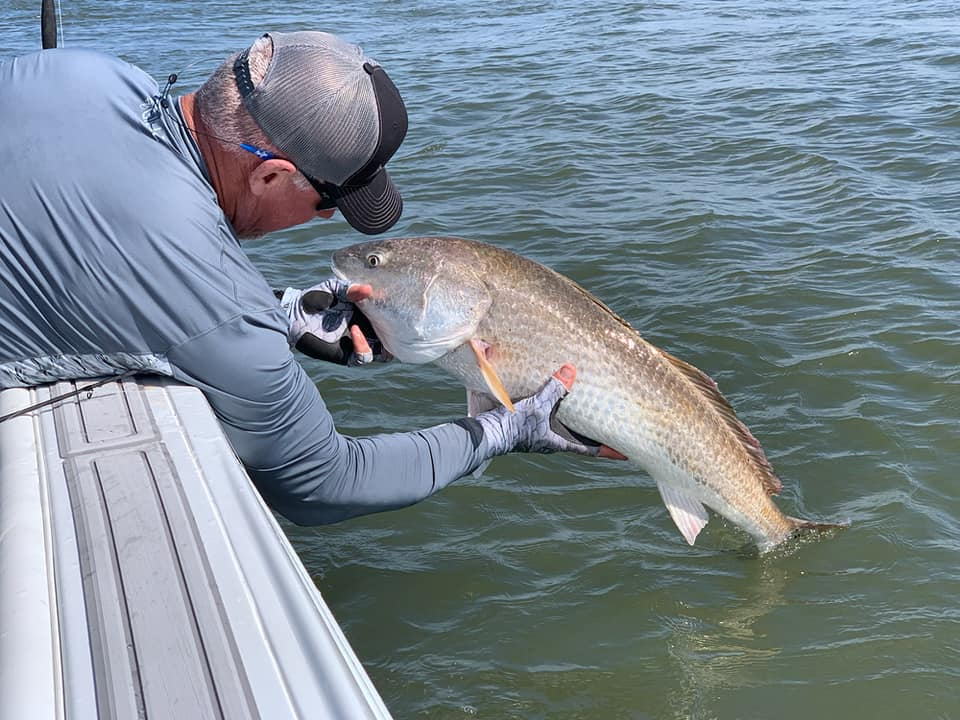 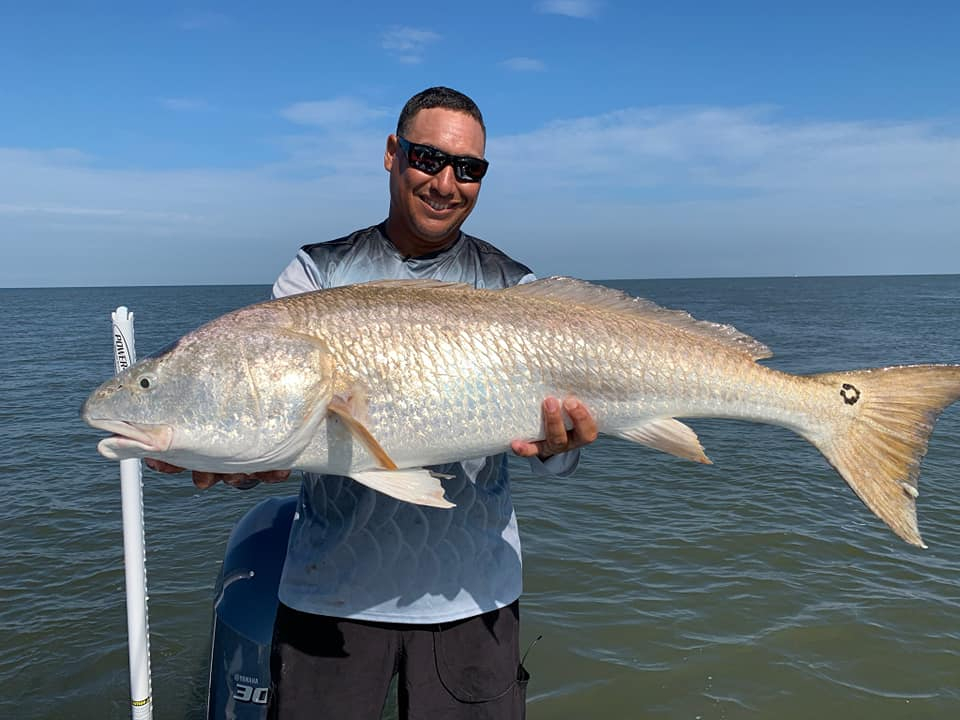 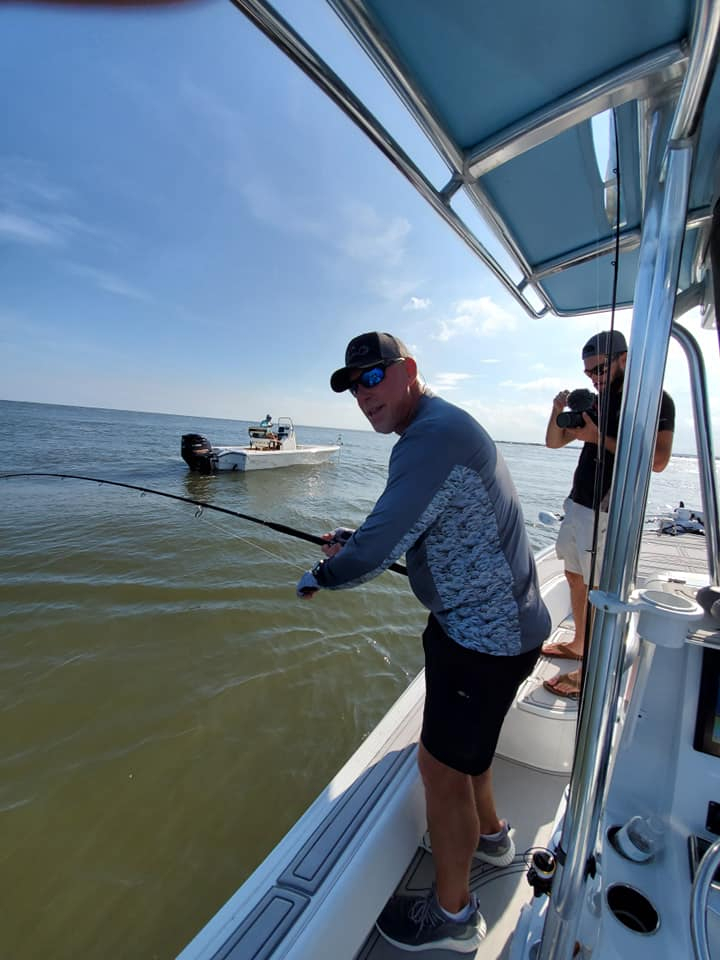 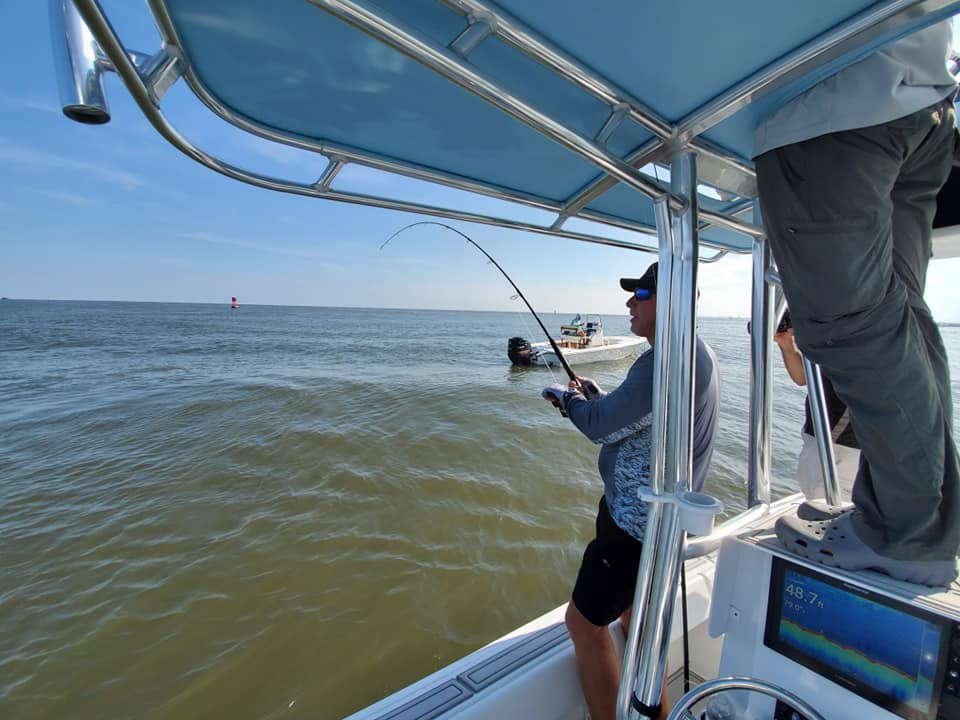 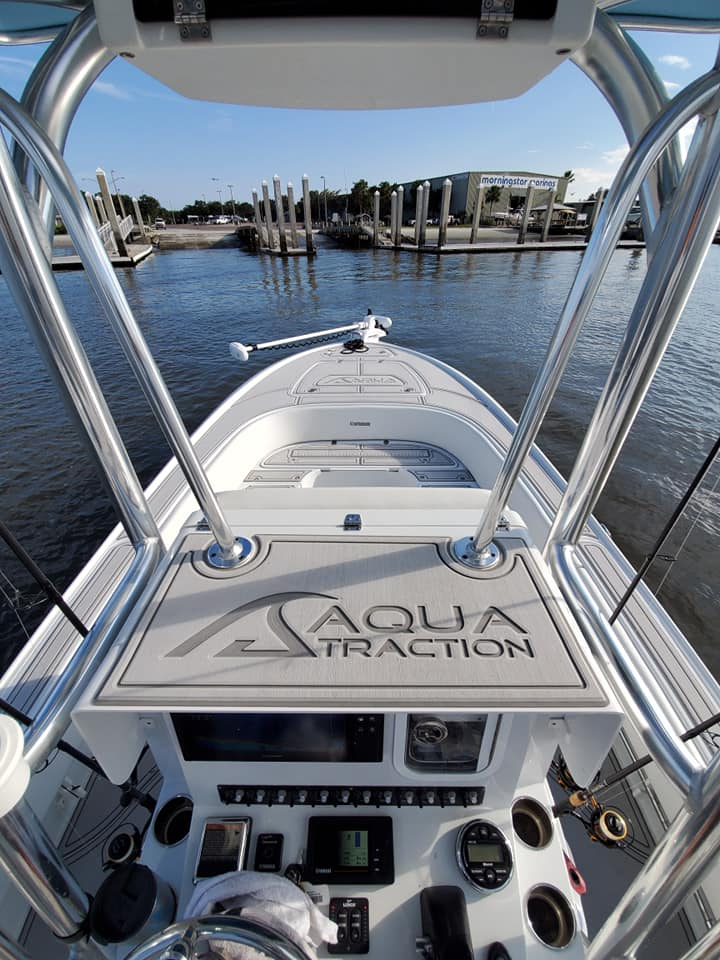 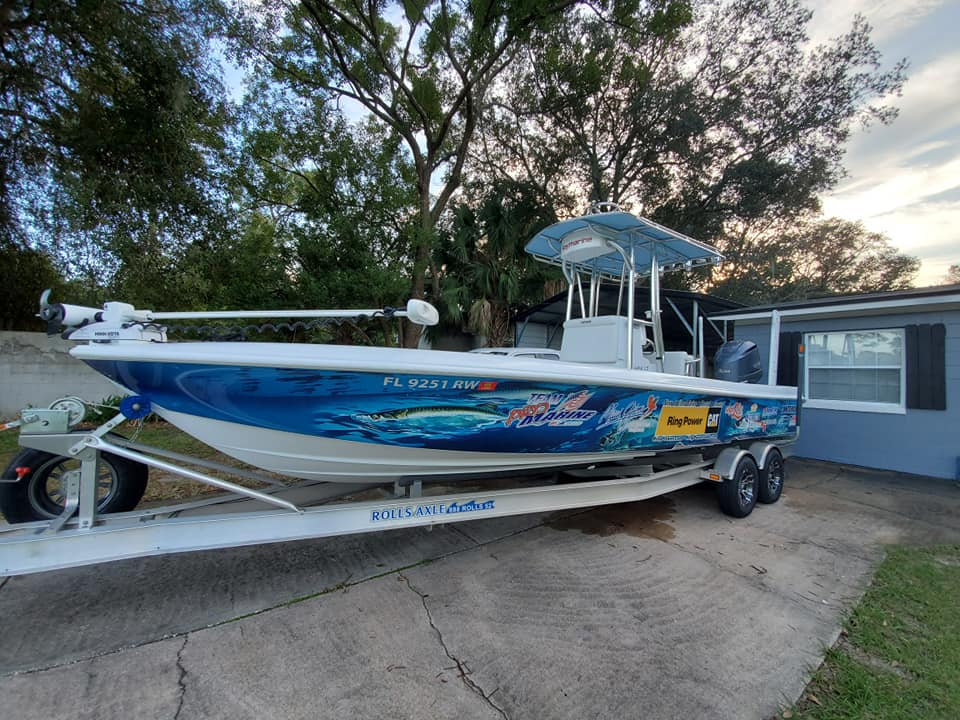