JCameronRSleep marathon flaPosts: 61 Deckhand
November 2019 in Keys General Fishing & The Outdoors #1
I love my first Yankee Capts trip, after a long summer up north. Seven months I spent, anticipating line screaming, gear wrecking sea monsters, a hundred miles from nowhere and that is what I got!
I've lost count of how many times the YC has been my home for three days, probably over 60, but the same excitement always keeps me awake, when the weatherman and Capt Greg agree that it's mutton madness time!
Two new mates, Josh and Tony, both upbeat jokers at the dock, OK, they entertain, but can they make the grade in the real school, for extended hours? Well, after a very pleasant and restful ride to the shelf near Pulley Ridge, we were about to find out!
Two days before, I made a quick trip in my trusty bait boat, to catch ballyhoo, after striking out trying to buy goggs. So with a few dozen fresh frozen hoos and an equal number of frozen speedos, I was once again dropping bait to the deep. Did Greg put us on the fish? Were they biting? Would ballyhoo work? Did I forget all my hard earned lessons? About a minute after hitting bottom, mutton like nibbles and pecks made my hair stand on end, as I played line out to make absolutely sure my 12 oz lead did not drag, or bump the bottom, chasing away the curious and hungry fish. This went on for a couple minutes, fish feeding fore play.
Just as mate Tony was promising a prize of a bottle of water for the first fish caught, my fish finished eating and ran line off. Fish on! Wow! I was most pleased to see Tony deftly gaff my first mutton of the season and as I waited for my bottled water prize, number two inhaled my ballyhoo, then number three and four and a big porgie. Then as I was reeling in to check bait, a 20 pound tuna out swam my bait and succumbed to the gaff. Six in the box and it was barely dawn on the first day. OK, now I not only deserved the water, but I needed it!!! No question the mate can land a fish, but the silver tongued goof ball never did get me my prize.
There were a lot of new faces on the boat. Several of us took time to make sure the ones who really wanted to learn, got schooled on the basics, of catch some quality fish. Gotta say, I almost teared up, when a young lady got emotional, upon landing her first grouper, after I gave her a bit of advice and a fresh bait. She and hubby had full coolers by trips end. Many of us did.
Well, bait ruled the first AM, but jigs dominated a bit later. Mostly the bite was steady enough to keep me at the rail, which is one of Capt Greg's strongest suggestions, if you want to fill your cooler and dinner plate. Even with the back fish coolers full, Greg made another stop and for some, it was the best part of the trip.
Benny put on his usual jigging seminar, schooling others in the art of catching everything that moves on the bottom. Including a pool winning, 52 pound black grouper that looked like a small car floating to the surface as it succumbed to his jig. Well done, Benny! Not long after, I hooked a freight train on a speedo head, that made my nerves grind against my adrenaline, in a way that usually has led to a broken line and bewilderment in past battles.
Well, with Josh, the other new mate, coaxing me, while gaffing several other fish, five, I believe, I tentatively  retrieved my line and was rewarded with a 20 pound cubera snapper. The fangs on that bad boy qualify it as a river monster. Good job Josh!
So upon hearing that I was going to write a fishing report, Josh promptly gave me a home work assignment. A 1000 word essay on my fishing trip, mentioning him several times, with pictures. Well this is it Josh, start counting words and looking for spelling mistakes....
Look at the bait I was using for this mutton. 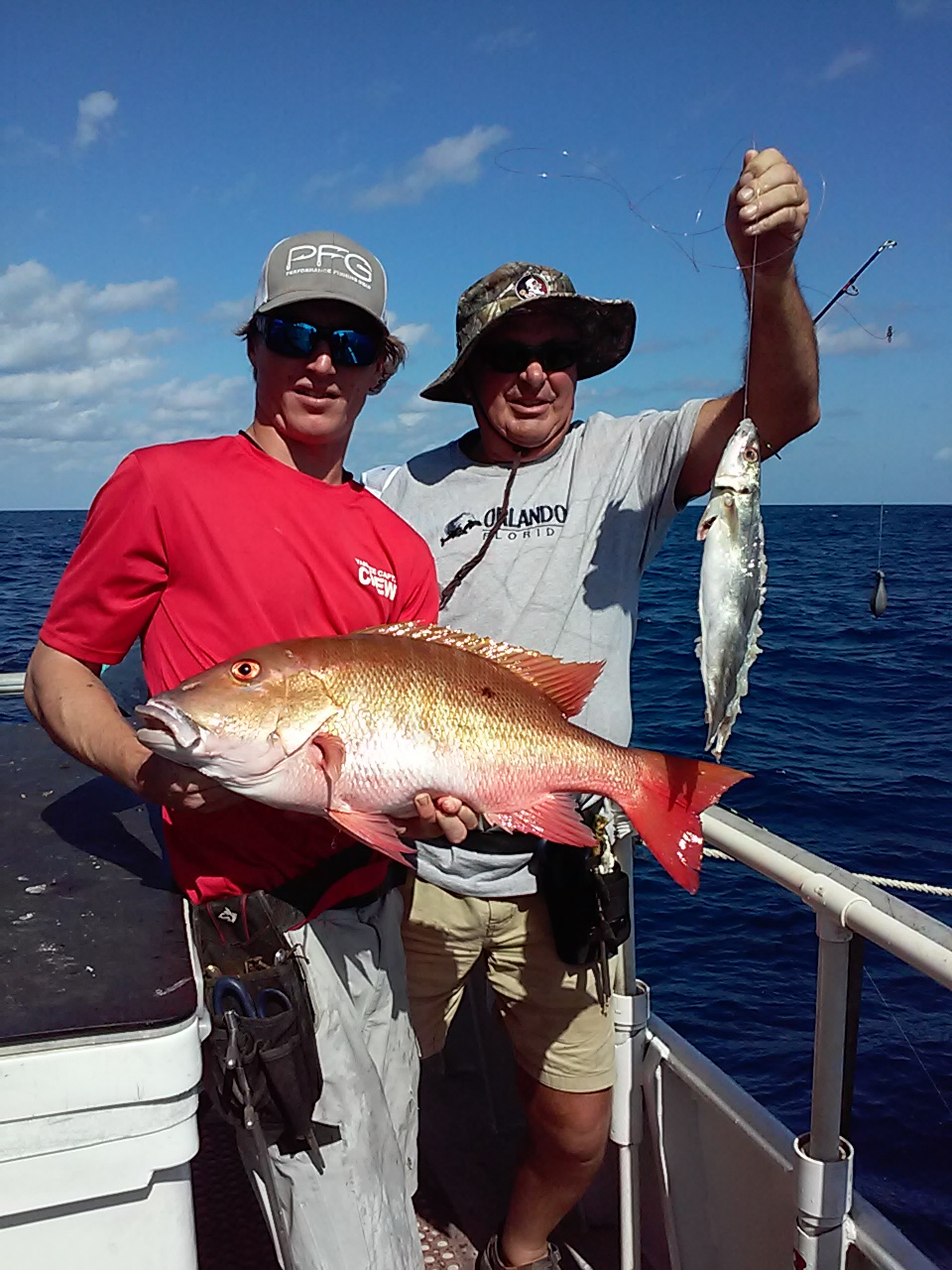 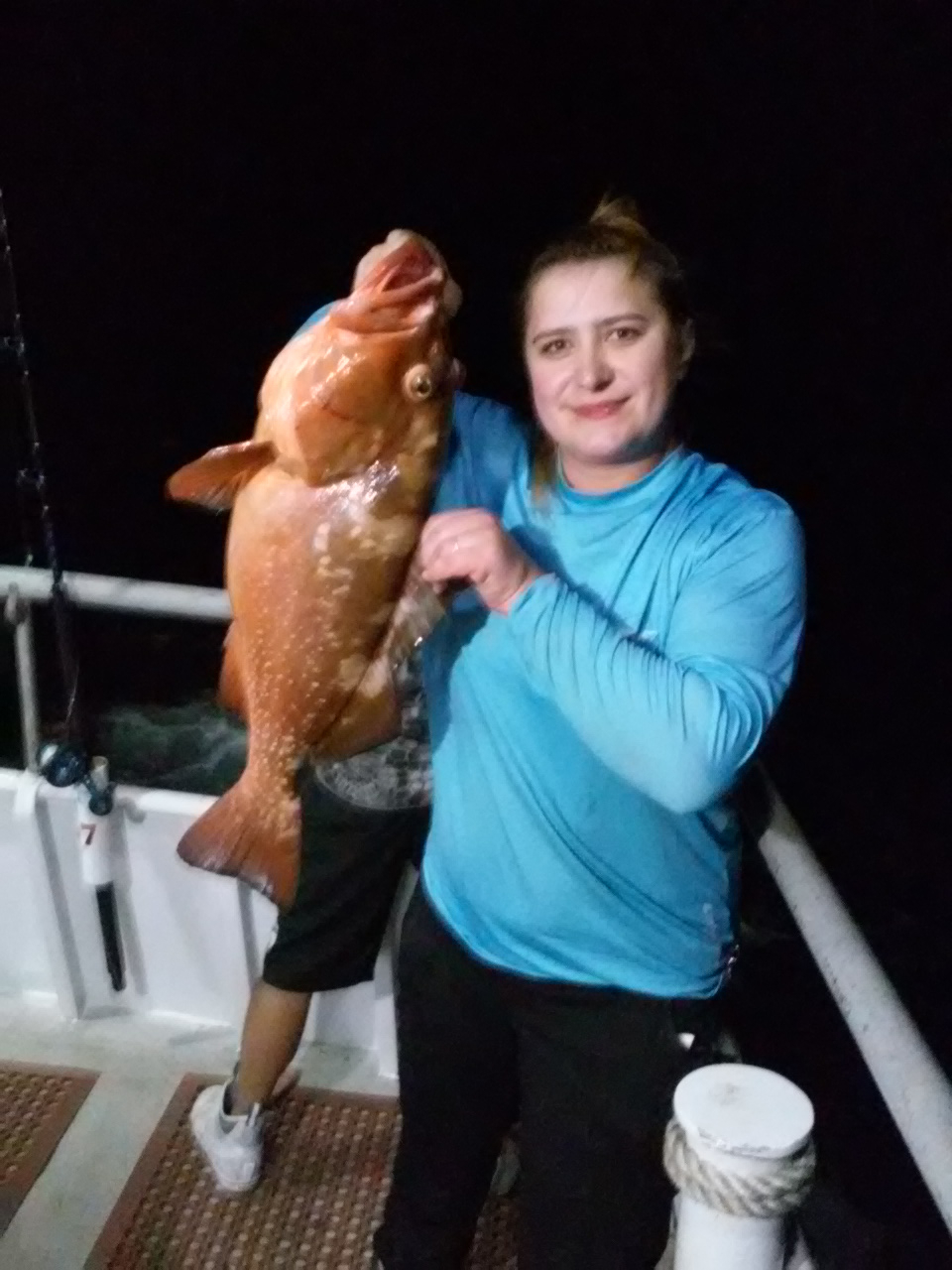 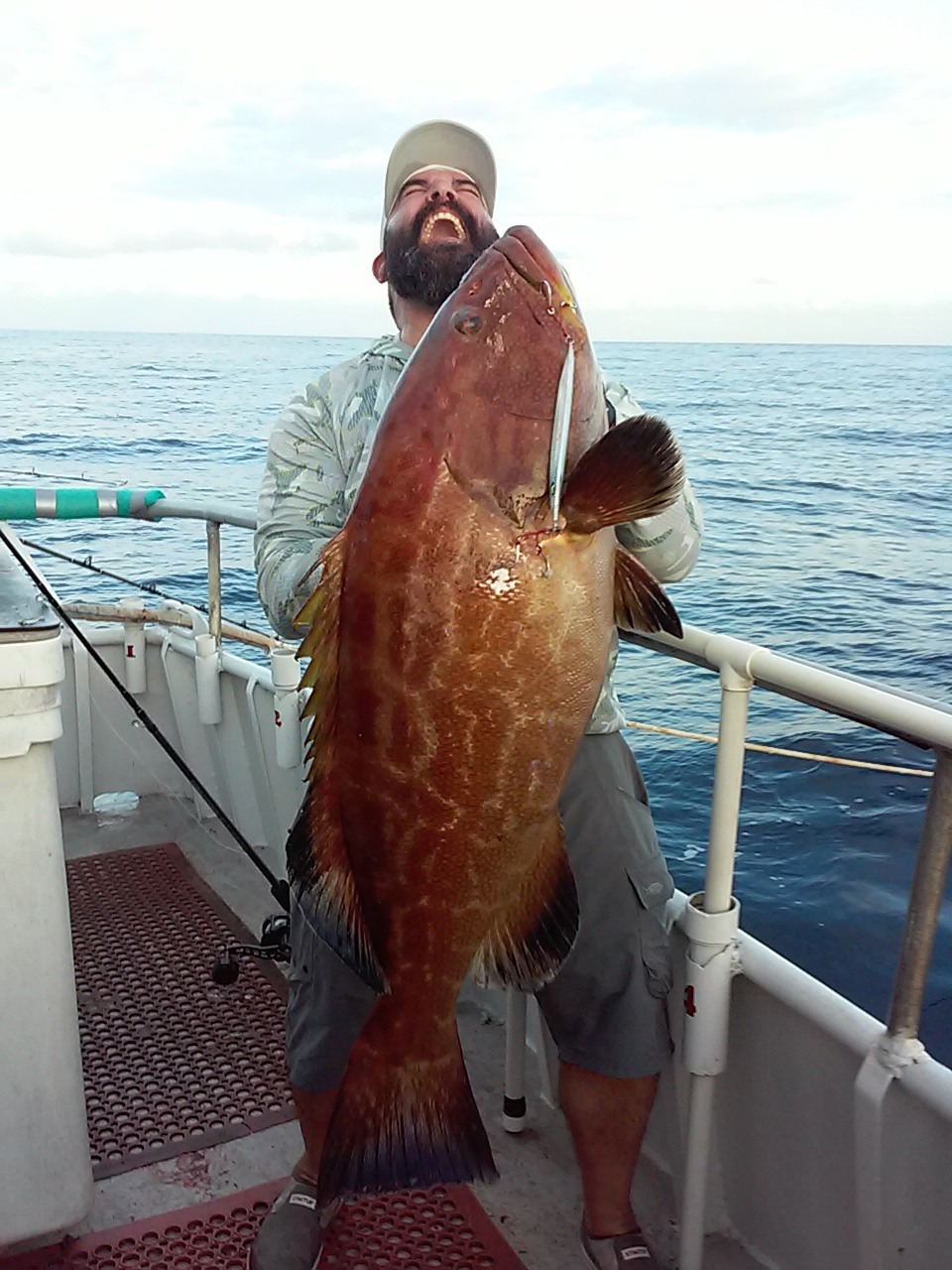 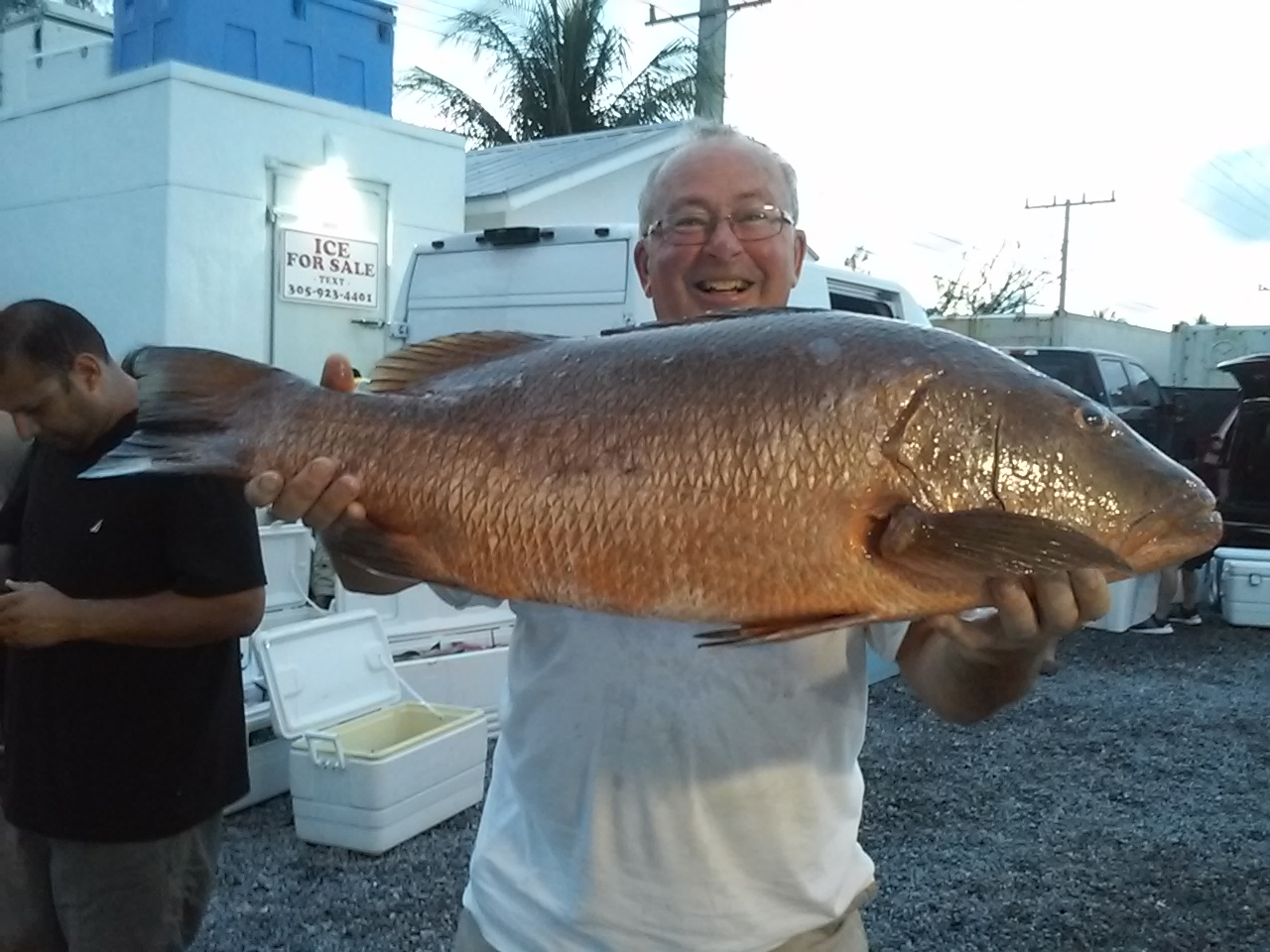