John McKroid Posts: 3,376 Captain
November 2019 edited November 2019 in General Paddle Craft #1
Sorry for the delay in this post.  This was an afternoon trip out of Ft. Lauderdale on 9 October 2019.  I did a similar trip last Tuesday for 1 triggerfish, a short mutton and a Littlle Tunny, which just goes to show the contrast of an area between when the fish want to bite and when they don't.  I metered plenty of fish marks, but last Tuesday they had lockjaw

I launched off the beach around 3pm and peddled out to my spot reaching it about an hour later.   On the transit out I caught a nice keeper Mutton Snapper tolling a yozuri crystal minnow. 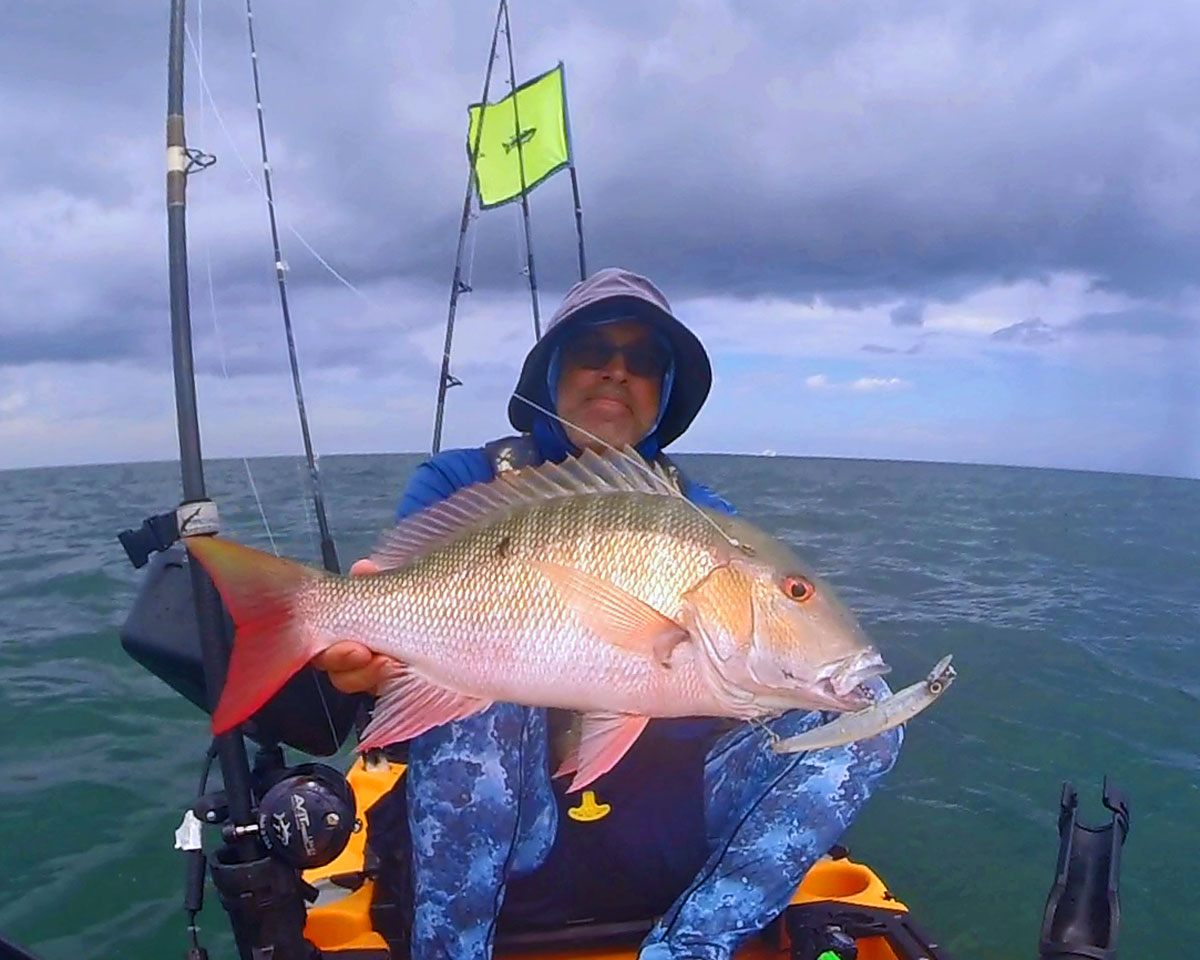 Second drop on at the target destination produced this nice Mutton Snapper on the vertical jig. 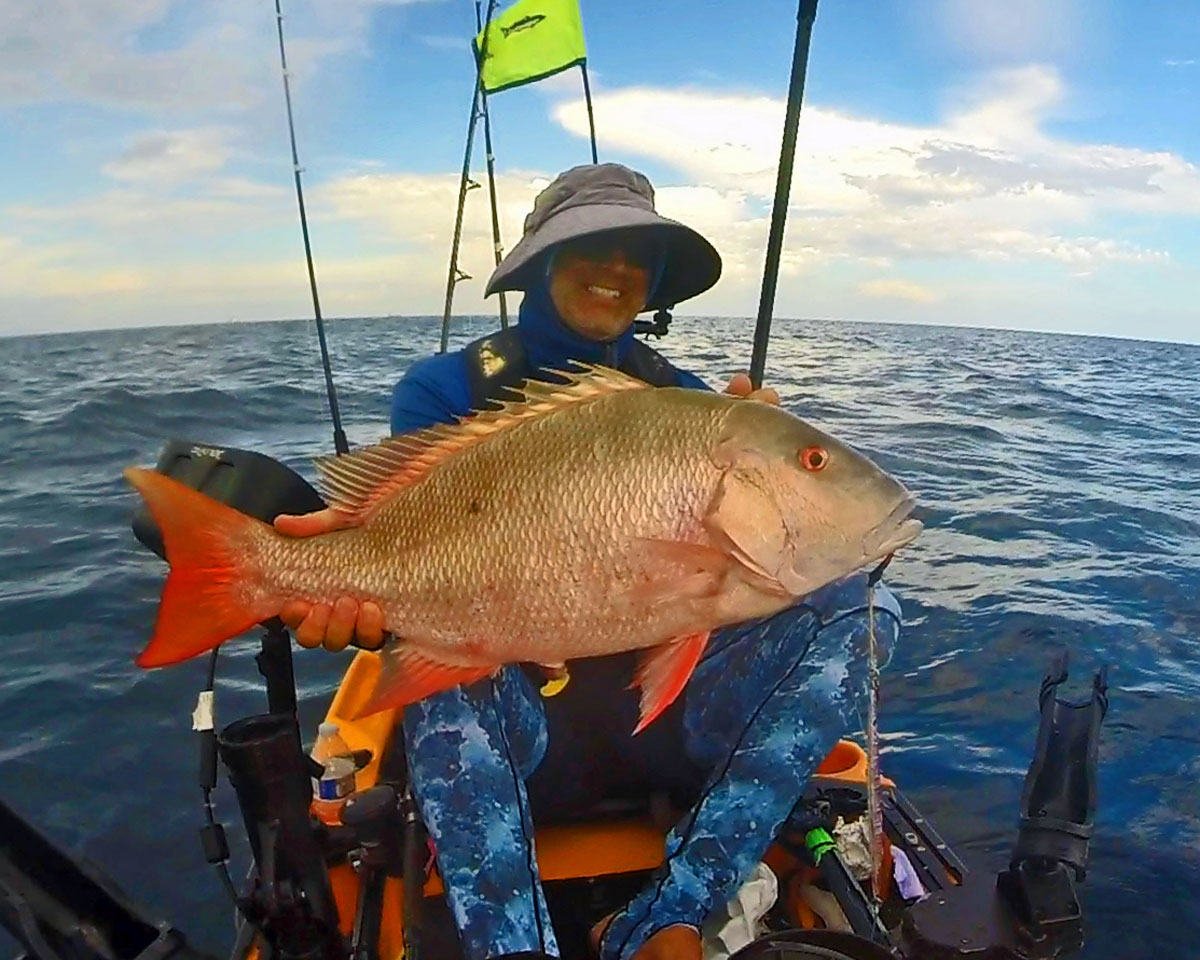 A few drops later produced my first in-season Gag Grouper......finally!   I released 2 big gags out of season earlier this year. 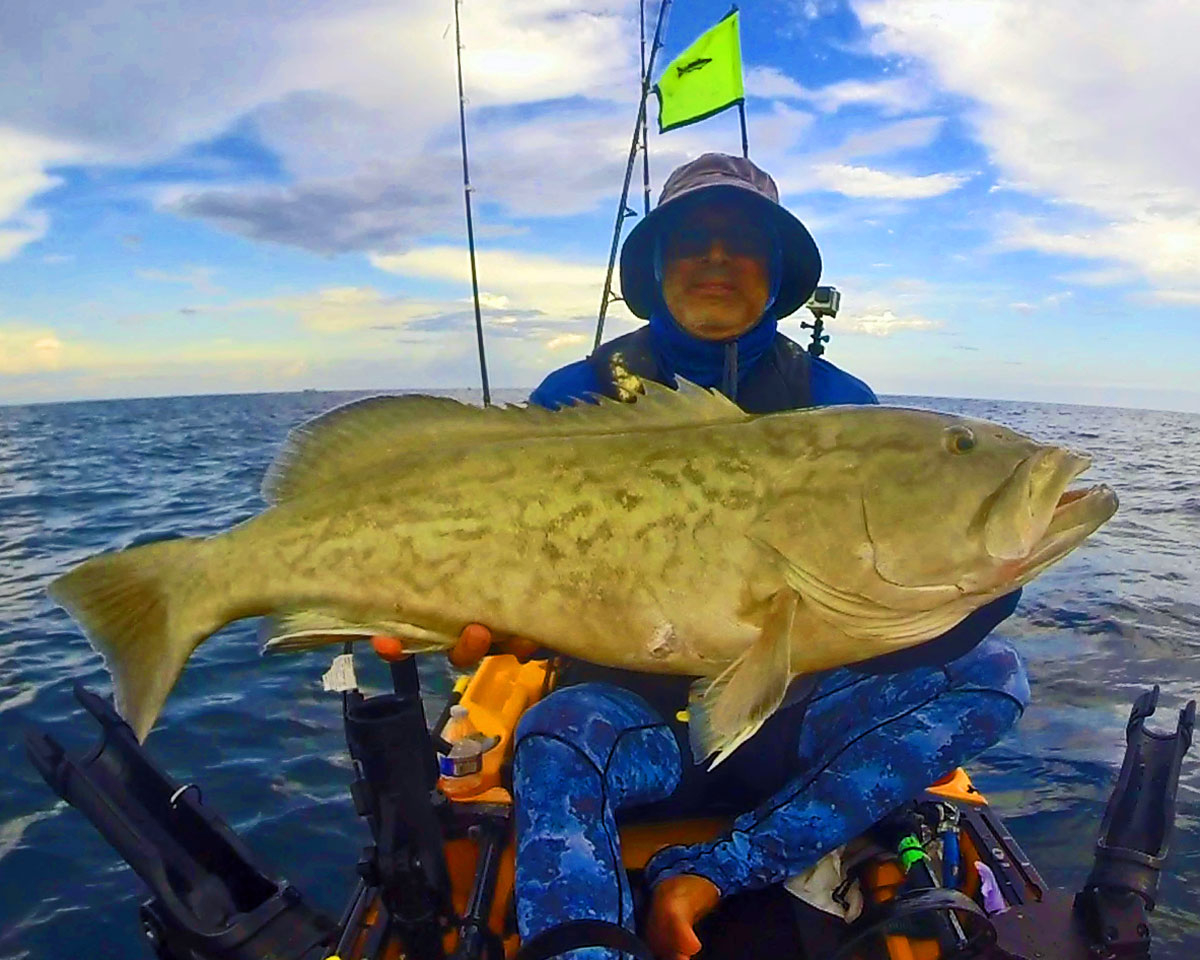 The above was the take home.  Incidental catches included 3 King Mackerel and 4 Almaco Jacks -- all taken on vertical jigs and released.  This was  a random afternoon trip when the fish decided to bite.  Amazing what we can take off the beach with a kayak. 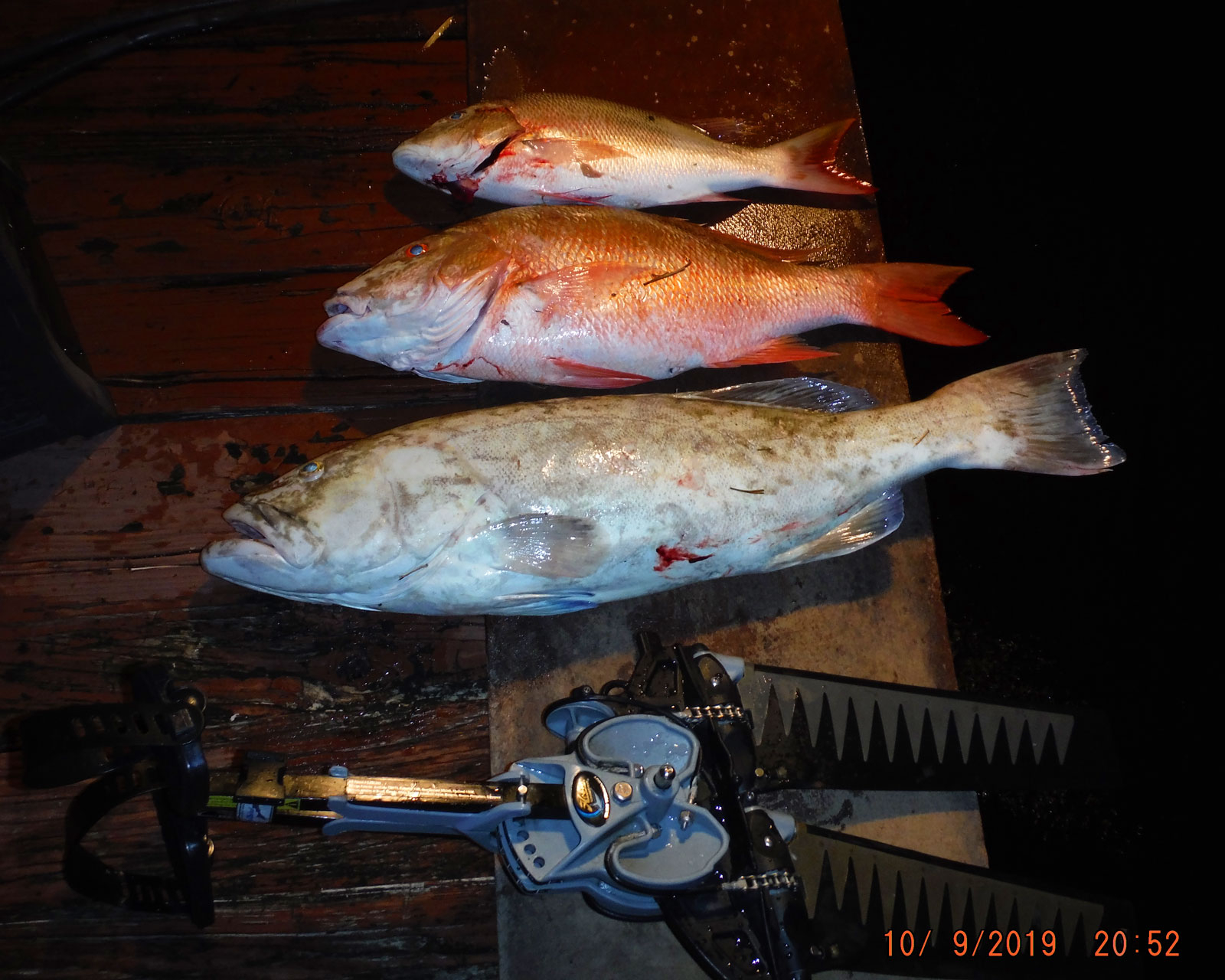