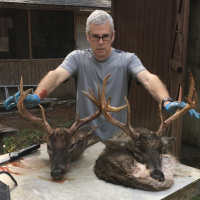 Interesting experience today.  Took my wife to St. Vincent Hospital Jax for minor surgery.  In the waiting room, tried to access the QDMA website on my device, but there was not a signal inside the structure.  So, logged into St Vinnie's public WIFI.  I was surprised to find that they had blocked the site because it involved "Sport Hunting and War Games."  I found that rather insulting as hunting is some how related to war games.  And, insulting that something me, my friends and family have participated in for my entire life is such an abomination that it must be banned from public viewing!

So, lets see what else is too profane for public consumption: 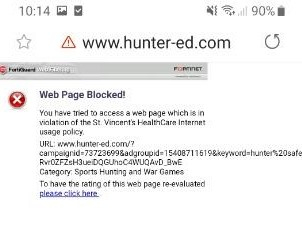 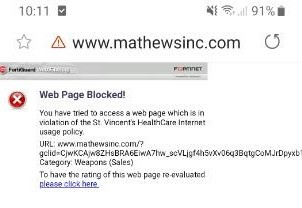 Mathews Bows -- despite the fact that much of their product line is sold to target archers and national archery in schools program -- Banned! "Weapons Sales" 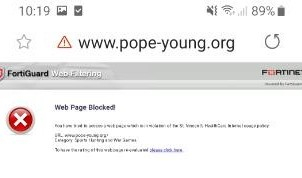 Pope and Young, you guessed it -- Sport Hunting and War Games! 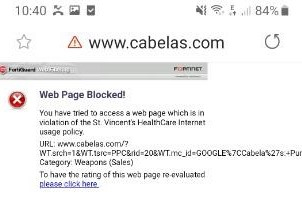 Cabela's?  Hell No!  Weapons sales!  Never mind the fishing and apparel.  But you can get to D I c k's Sporting Goods.

In all fairness, the senior management at St. Vincent's probably has no idea this is happening.  This is the result of a "security" program used and purchased from a third party.  That said, I sent an email to St. Vs asking for  a response.  None.  And the provider of the security program sent me two nonsensical responses that were obviously computer generated.  I don't believe its about anything other than the liberal agenda of the people behind program.

Being much the civil libertarian, I believe it is their right to do what they want, restrict what they want and to be as anti hunting and anti gun as they want.  In turn, I have the right to vote with my feet and tell D i c k's and St. Vincent's and Wal-Mart and all the other antis that my checkbook goes with me.  Thank God I am old enough to see what this country was before we became a nation of pvssies.

PS.  I could get into Netflix and view the Walking Dead.  I guess watching Negan smashing peoples heads in with a baseball bat is good wholesome entertainment for the hole family.  But, "sport hunting,"  God help us. 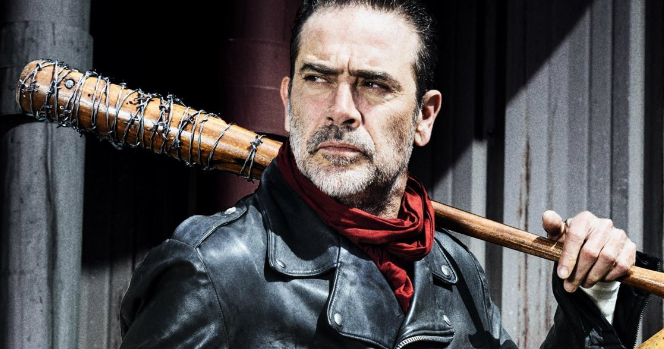