larrywitt ModeratorCape Coral FlPosts: 2,909 Moderator
June 2019 in Southwest General Fishing & The Outdoors #1
It has been way to long between trips. Less than ideal weather, lack of crew, red tide to name a few.  Yesterday that came to an end.
This trip we were on Capt Scott`s crew of 4 Me larrywitt,Craig, Vito a friend from Erie.
The plan was to run out to grouper numbers that had been go producers  before Irma and red tide made a mess of the fishing. We would be in 90 to 115 ft of water. Squid and 8 to  12 oz white jigs were our choice baits as calm as it was you needed a lot of lead to stay near the bottom. There was a grouper bite and we boxed a couple keepers and a number of shorts.
It was so nice and calm we decided to run  out deeper to 130 and deeper to some snapper numbers I had archived. We moved around looking for a show of fish on our sounder.  They were red all right Vermilion and Red snapper shorts it was a lot of catch and release. OK enough of this time to box some grouper ran back towards shore which was 60 plus mile away. Bingo  we found good hard bottom  and did get a three man limit. And boy it was hot,hot, hot. The biggest fish were 28 to just under 29 inches. 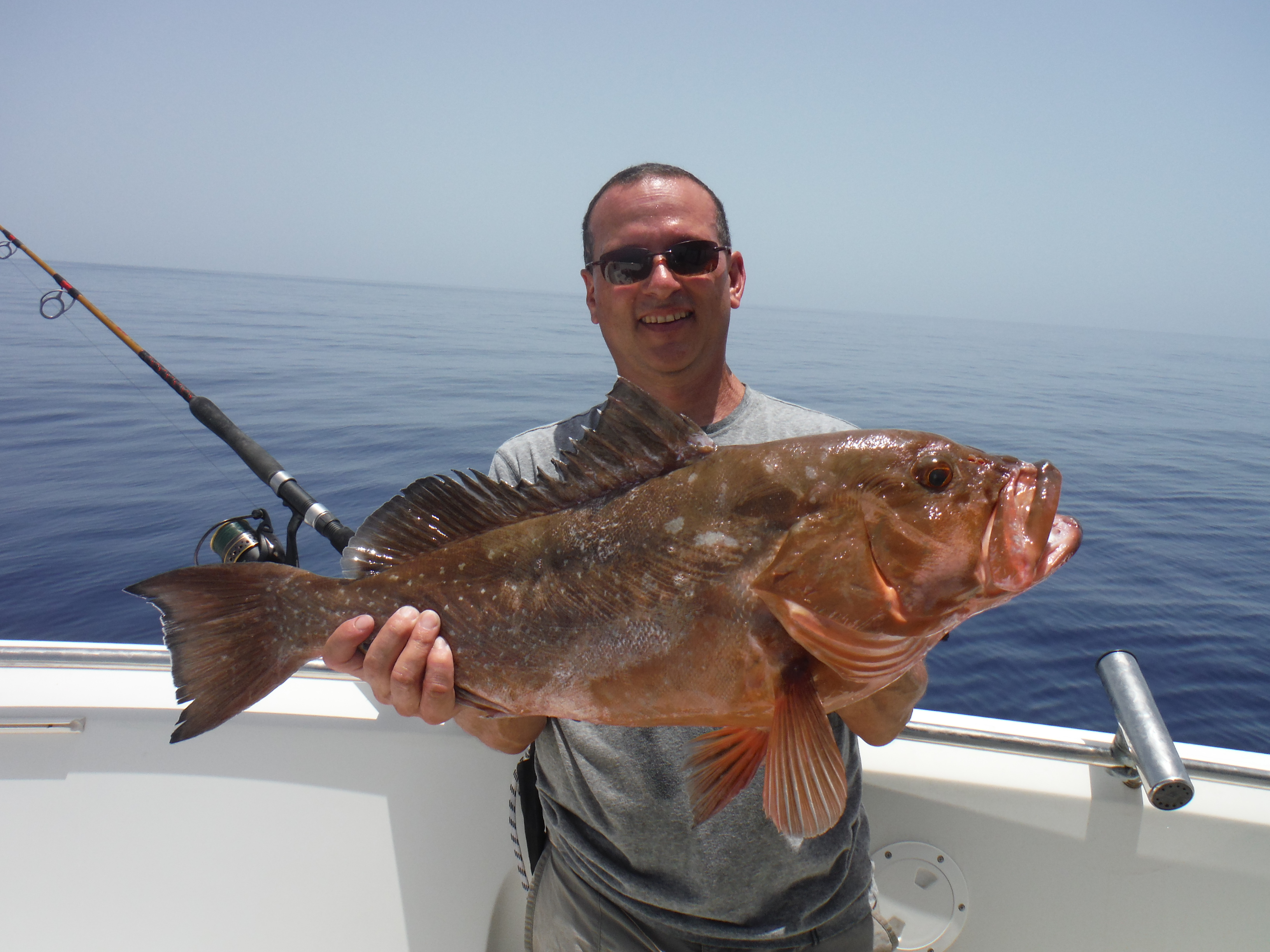 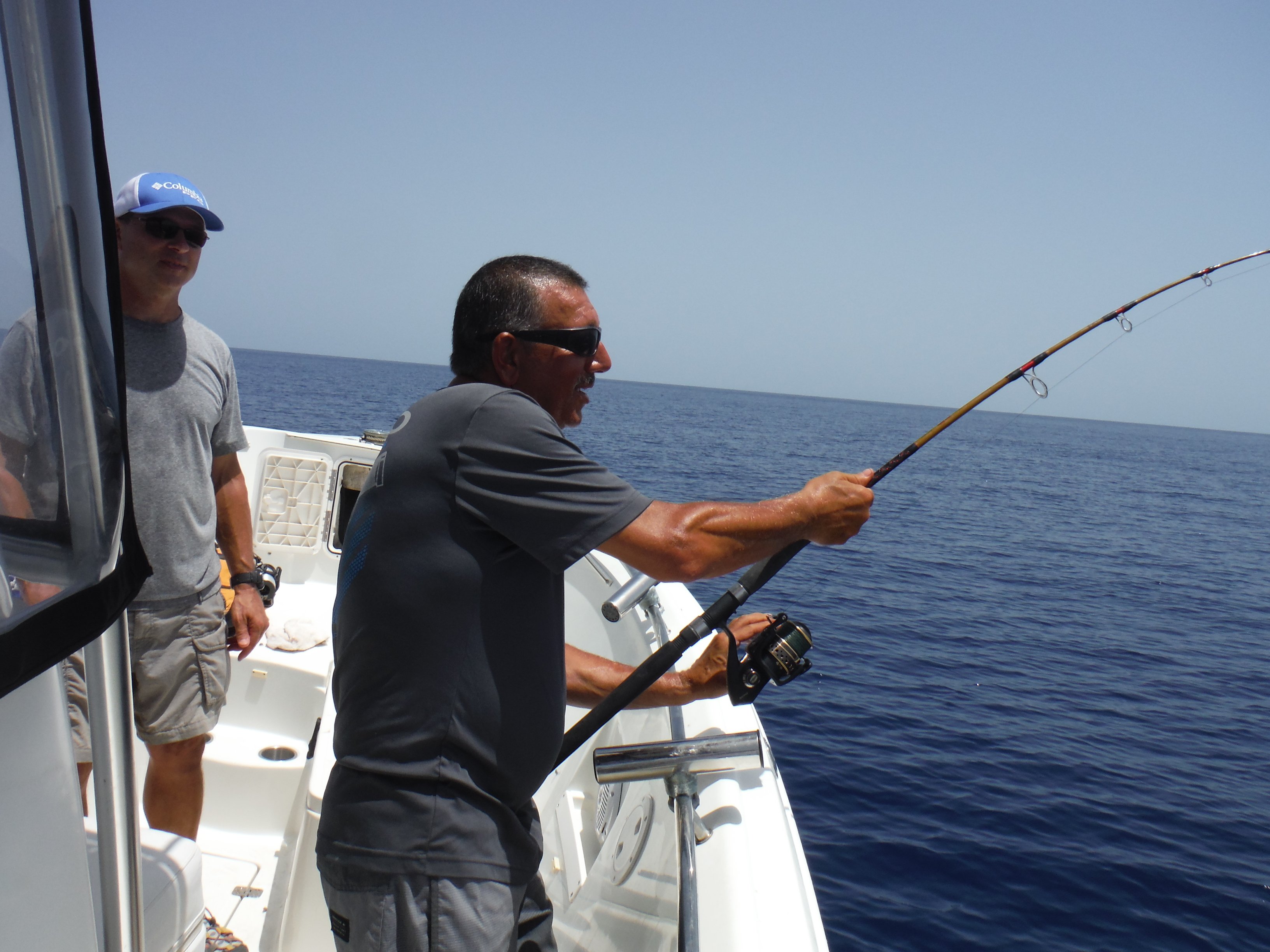