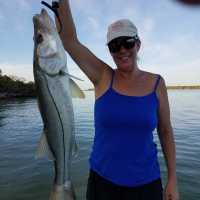 tjensen Posts: 359 Deckhand
March 2019 in Off Topic #1
I would like to know more about the "Big fish ( Snook) kill near Marco in the 60s caused by DDT". The debate between disease elimination and wildlife destruction is interesting. Malaria was prevalent back in the day but fishing was great. Typhus and Typhoid were also killers that were decimated with the use of DDT. The numbers of Bald Eagles, Pelicans, Buzzards etc. have increased greatly in my lifetime (when DDT was banned). I vote for the wildlife but I've never seen the suffering that Malaria et al inflicts.