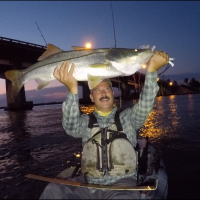 JW_YakAngler NaplesPosts: 300 Deckhand
February 2019 in General Paddle Craft #1
From the end of October thru December we had been getting upper to overslot reds pretty consistently in the primary bays. The cooler temps in January only produced short reds, and not in the numbers we were getting in early winter, so I theorized they were all either pushed up into the deep creeks and remote bays or offshore. I was heading down to launch into a remote creek off Hwy. 41, but decided at the last second to just launch at Isle of Capri paddle park. I had caught a good one there earlier this winter, and it had been warming up for a few days, so I figured maybe they had moved back in. After fishing for two hours with only a jack and a few ladyfish, I was about to admit defeat, but then a little snook gave me some hope, so I pressed on. A few minutes later a redfish just shy of 30" saved the day for me. 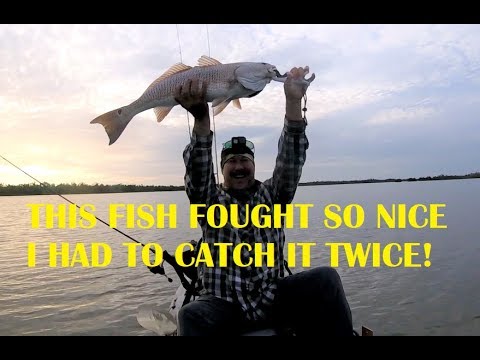