Last week a buddy and I were discussing our next morning’s duck hunting plans while cleaning our ducks from that morning. My son, Wyatt, was hanging out as usual playing with the ducks and decoys in my boat. All of the sudden he asked “Daddy can I go duck hunting tomorrow?” I couldn’t think of a reason why not. I had been waiting on the perfect time to finally take him on a real hunt. My boat was already in the water five minutes from home and ready for the morning’s hunt and we had mild temperatures. I had been saving the following morning’s spot for two weeks and knew that the wood ducks would be thick. I told my friend that he was going to have to make other plans as this hunt was going to be special.

Wyatt has spent his four years on this earth fishing with me on our boat and has been on a bunch of trips to scout for ducks, he’s even thrown decoys from the boat, but never an actual hunt involving a gun. Yet, plenty of time on the boat overall. 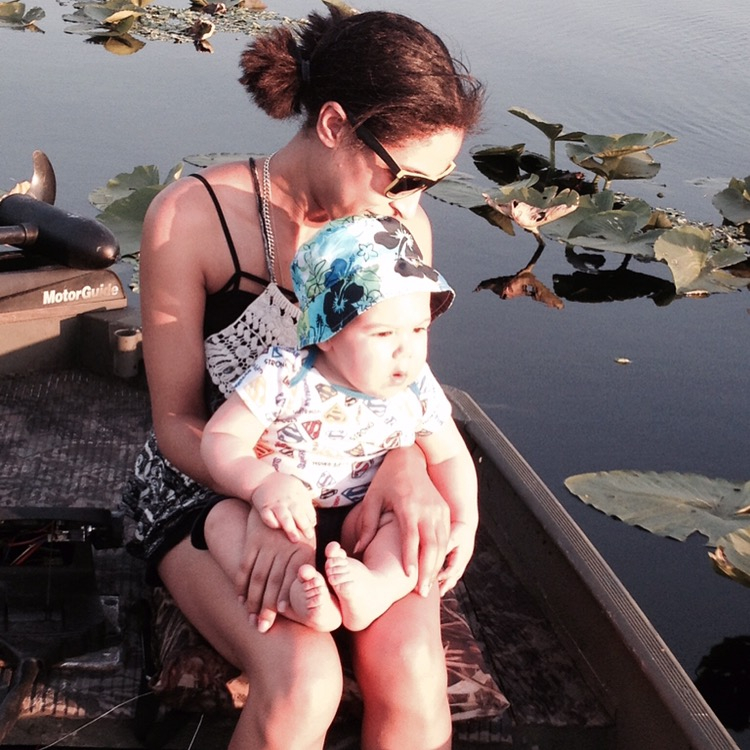 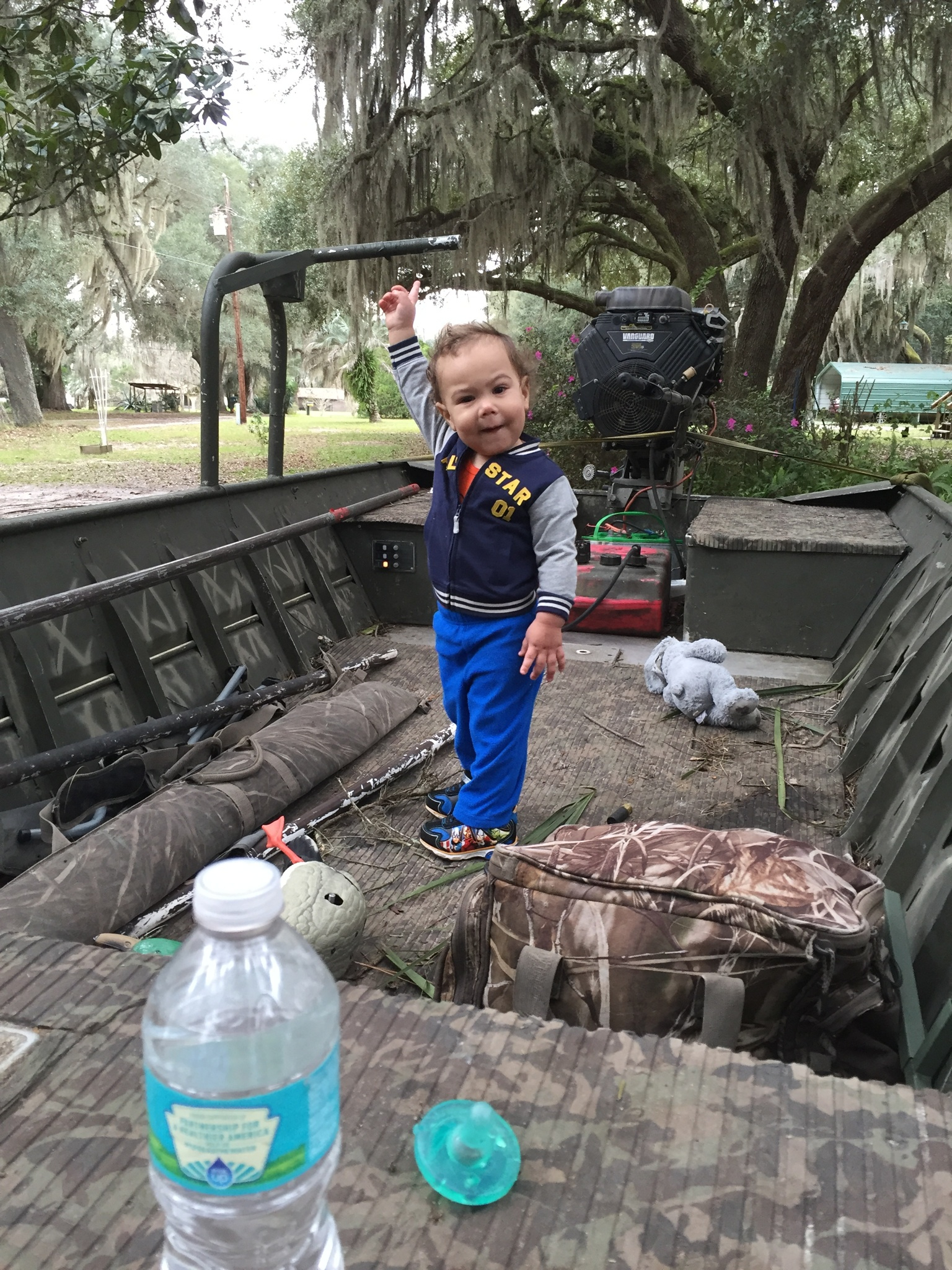 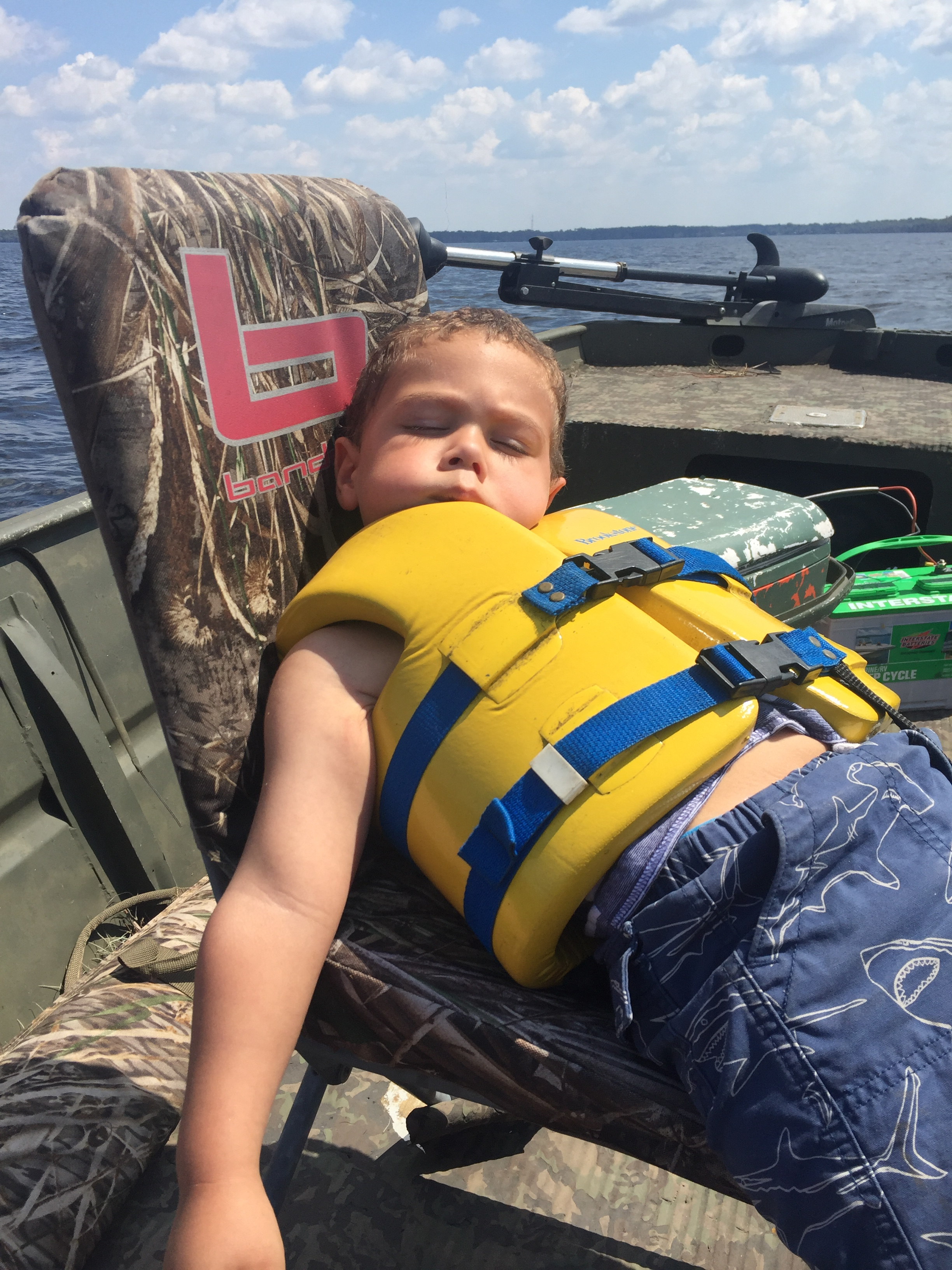 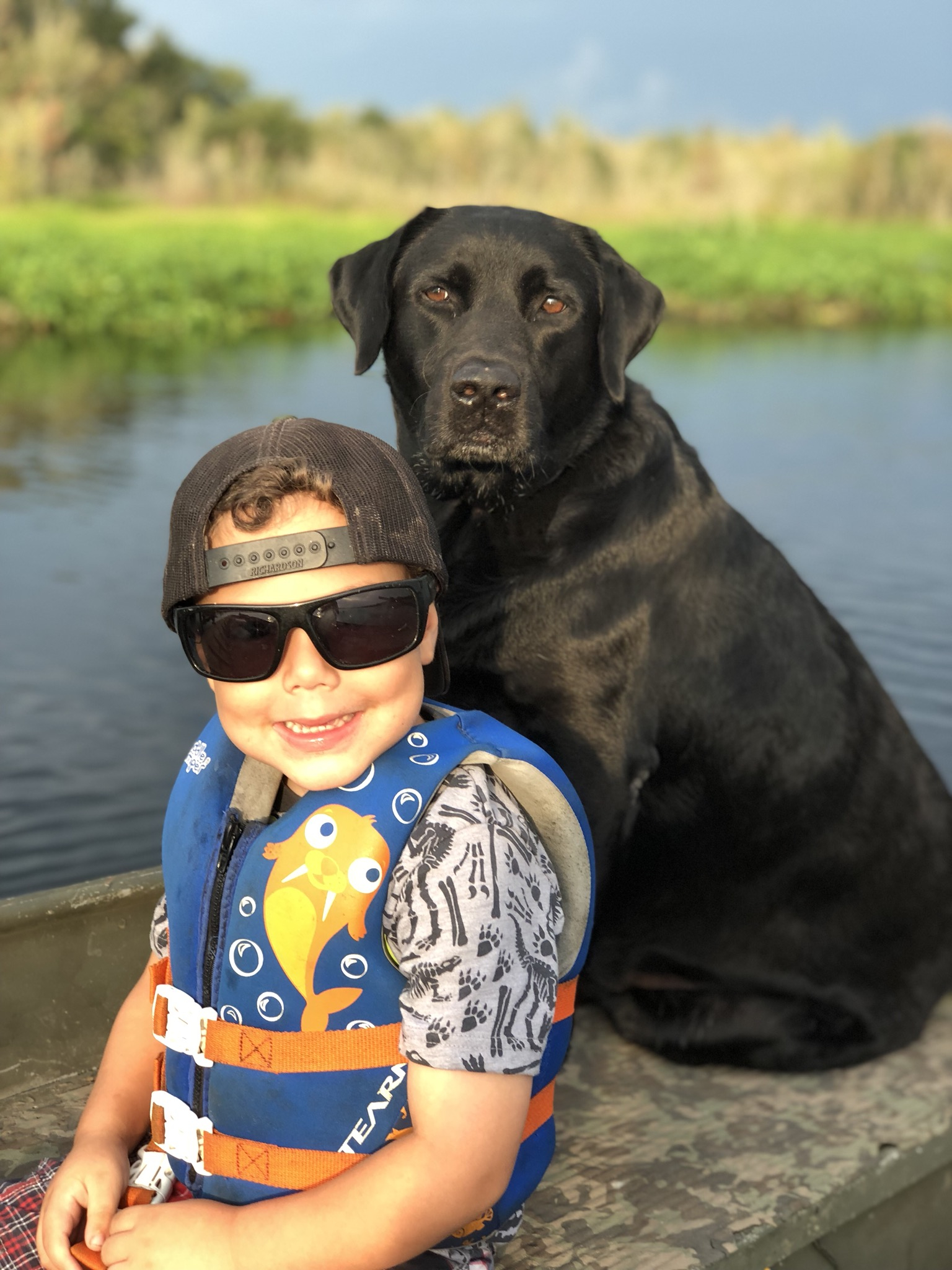 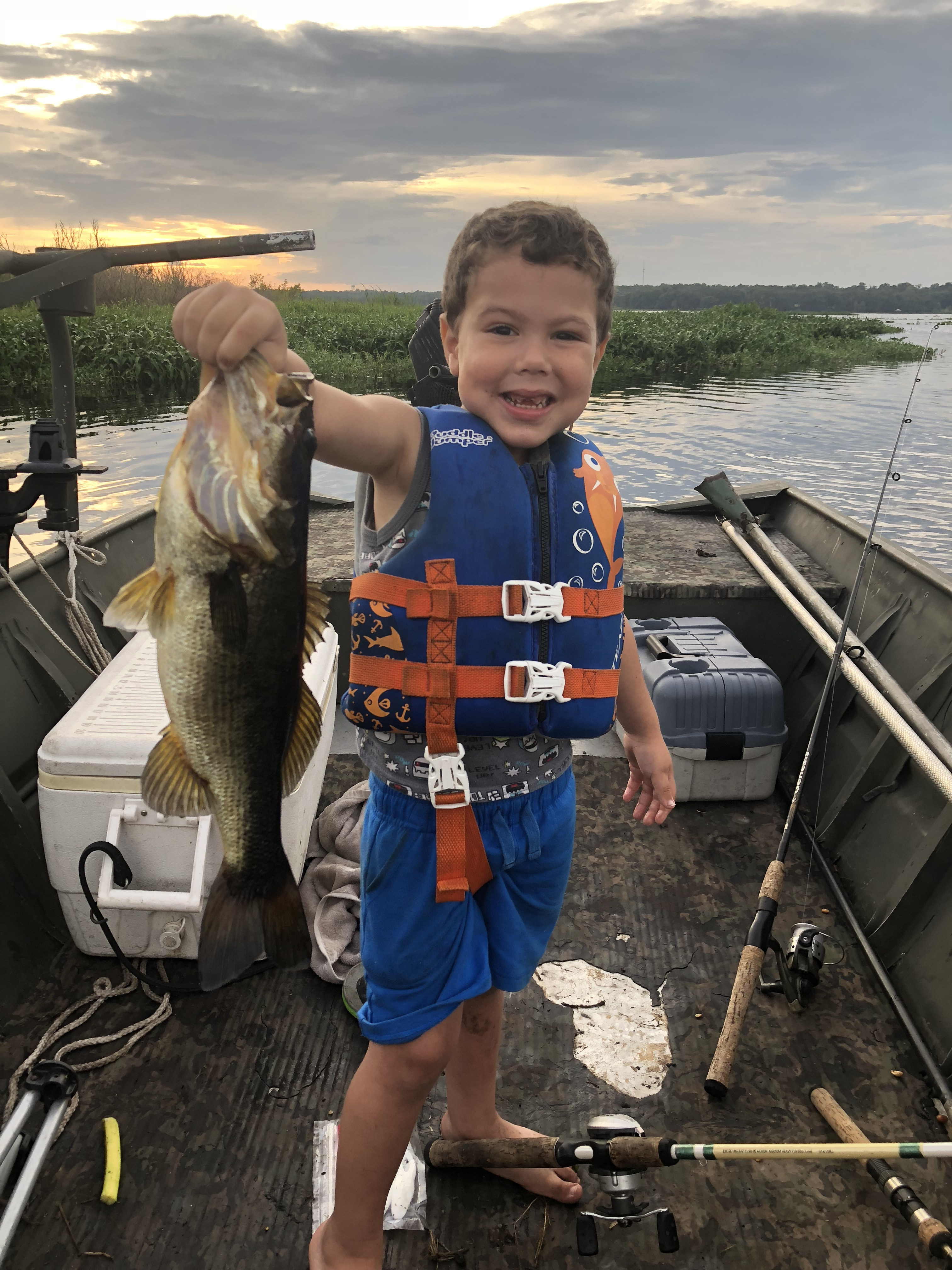 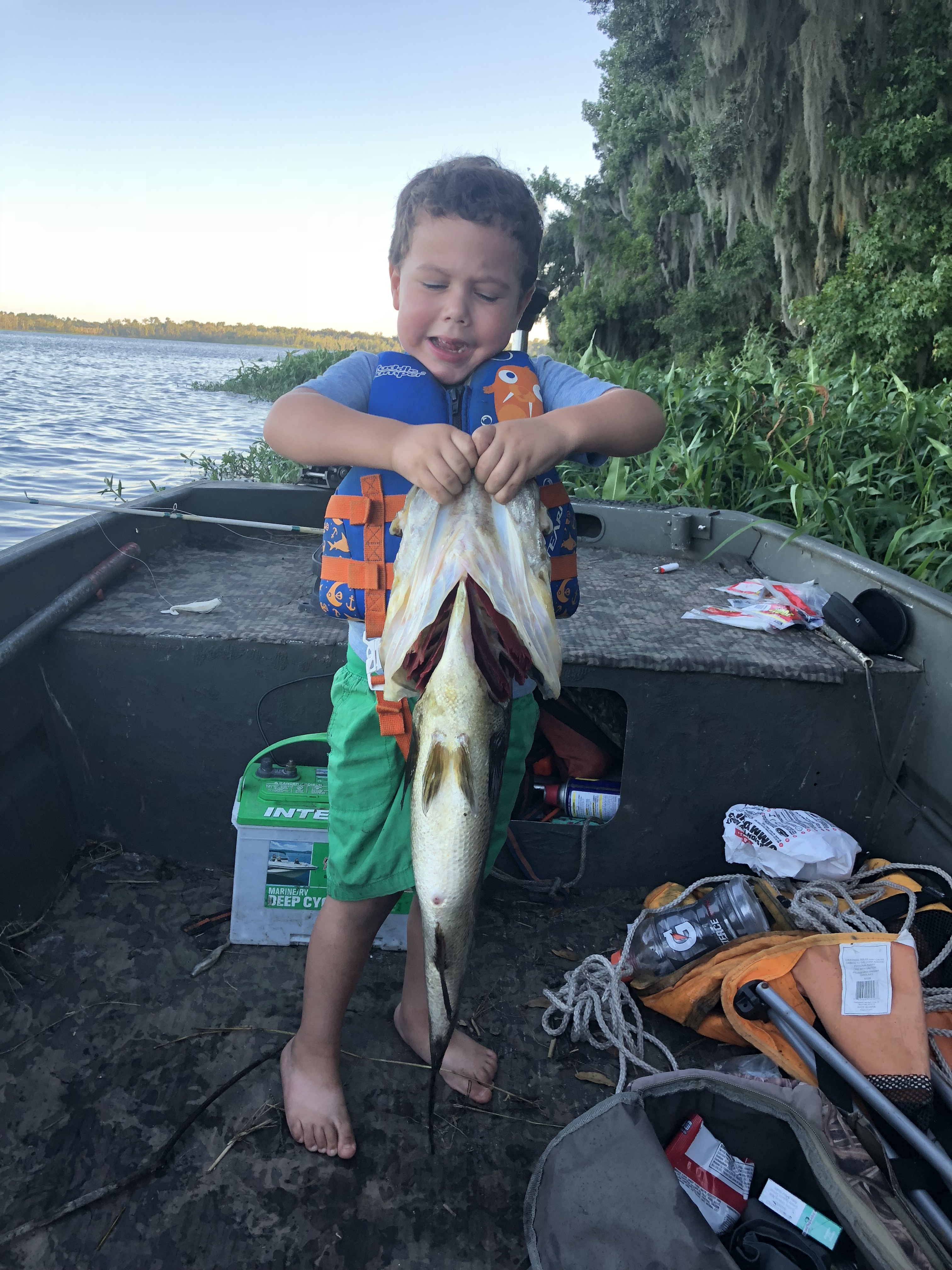 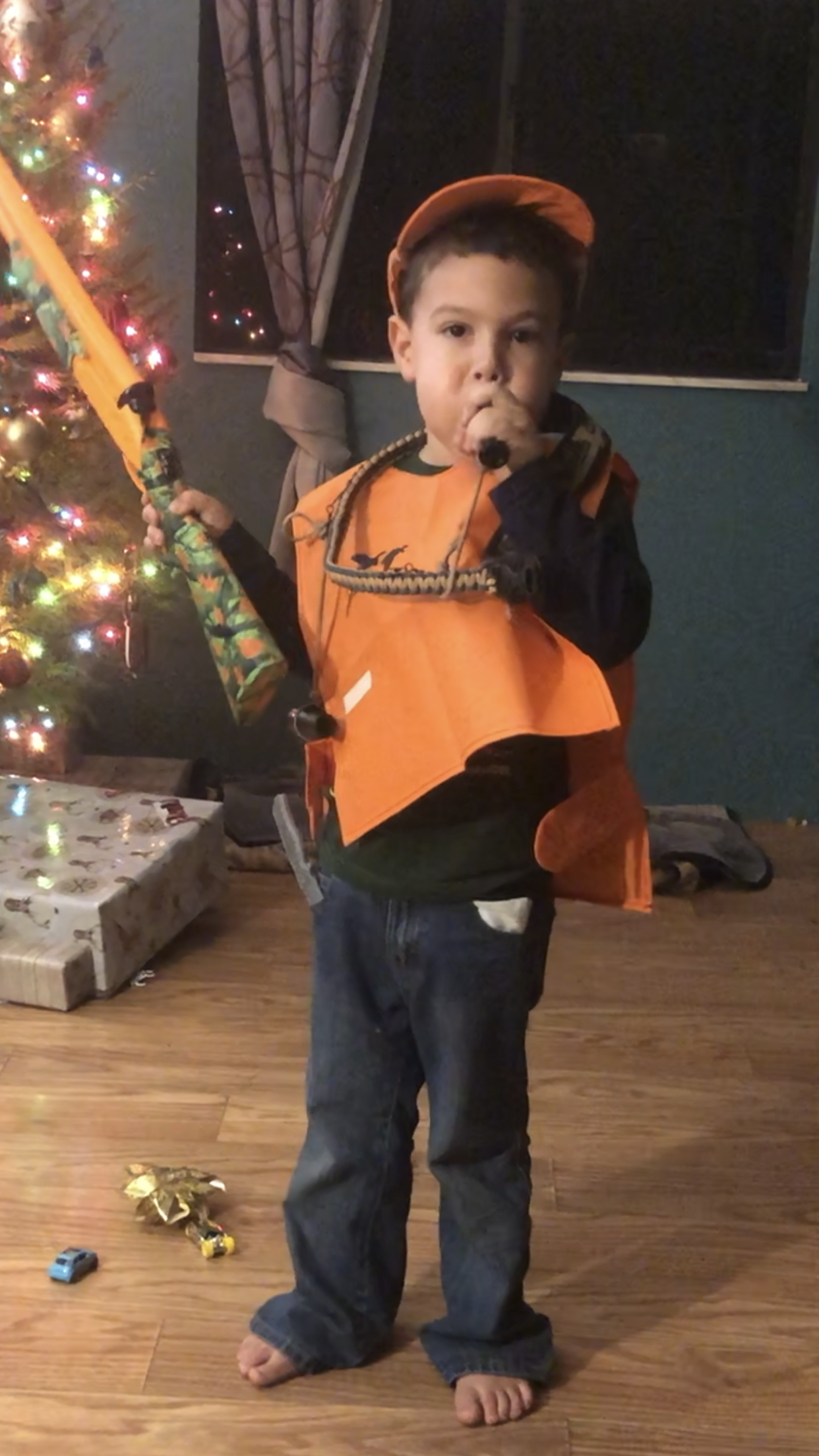 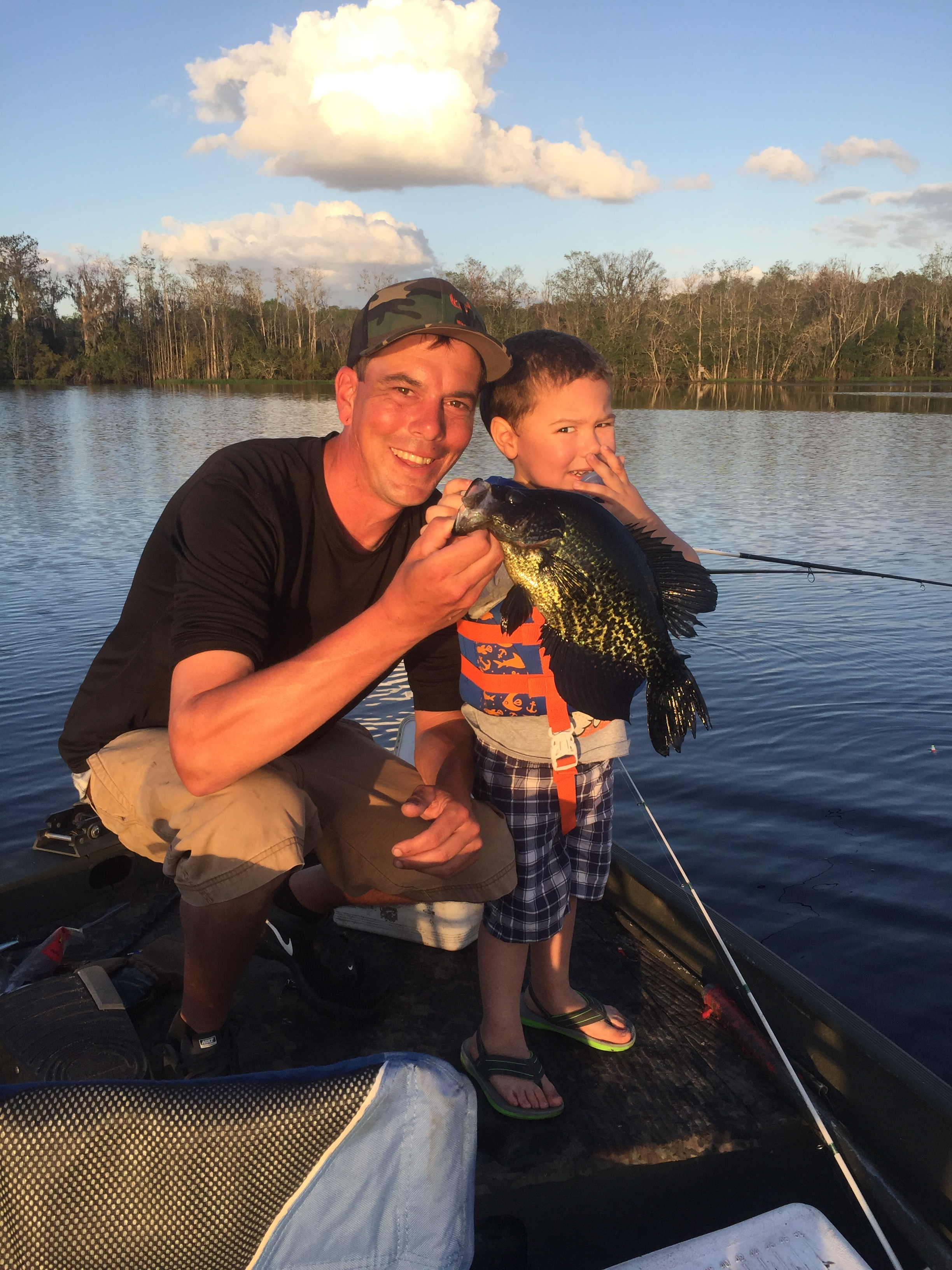 We spent the evening preparing his layers and making sure that he understood that we would be getting up very early. “Yes daddy, I can’t wait!” 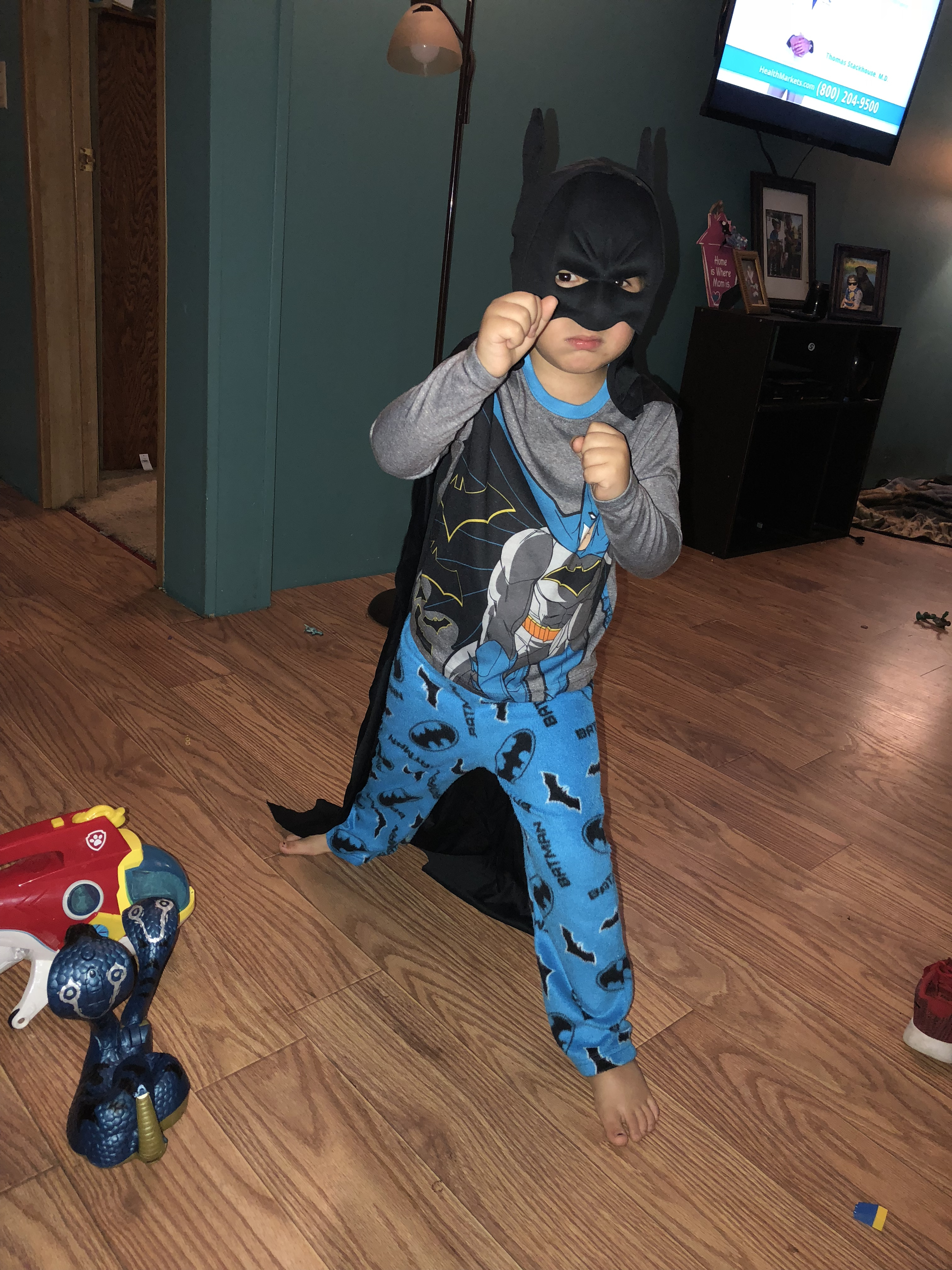 The following morning we awoke at 5:00AM. Wyatt jumped out of bed and asked if I had packed his duck calls. His Momma was already awake getting ready for work and had hot chocolate and snacks ready to go. We had a five minute drive ahead of us to my buddy’s house where my boat was parked on his private lake, so we headed out. As we walked out the door, Wyatt gave his Mom a hug and reassured her that he would be a good boy and would be fine. Momma shed a tear and I could see that she had just realized her lil’ boy was growing up.

On the drive over to the boat I made sure that he knew what to expect. I told him that it will be cold and we’ll have to drive the boat fast through some dead trees and over stumps to get back to the wood duck hole and that the boat will be going over stumps and not to worry. “Okay daddy, I know, I know.”

As we departed from my friend’s backyard on his 400 acre lake in our boat Wyatt sounded off our departure on his wood duck call, I couldn’t help but join in, surely waking up the neighborhood. 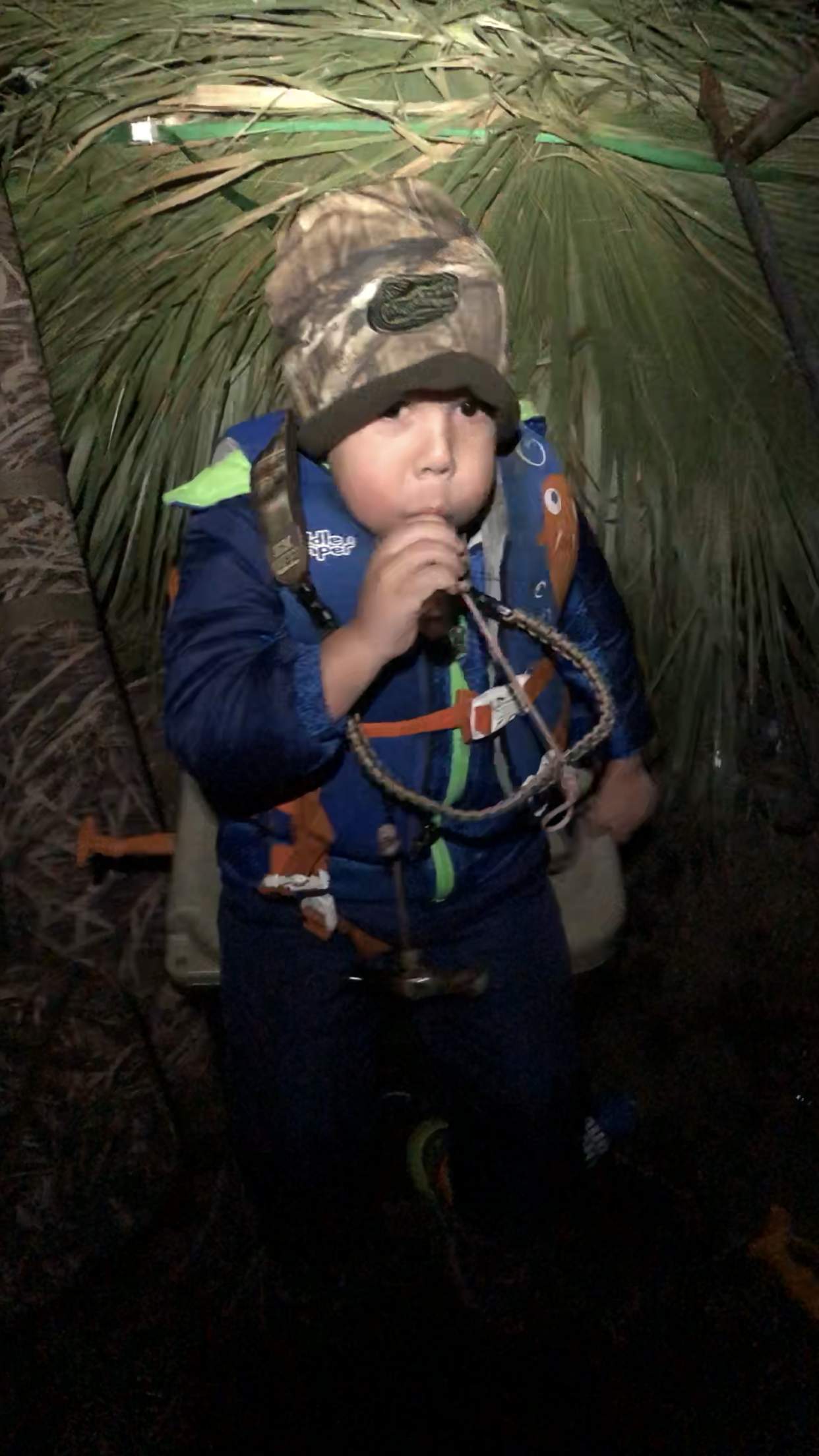 We arrived to the our spot, which was basically the back end of a flooded swamp that the wood ducks use to walk up the hill for acorns. We had five wood duck decoys and Wyatt decided that he had picked the perfect spot for them. He tossed them out in a tight group so that the deeks “could be with their buddy’s in the dark”.

As legal light approached we were surrounded by wood ducks making their morning calls and had several flying over. “Shoot daddy! “Shoot daddy” “not yet”. At legal light we had four singles fly over the boat that I would of killed on any other day. I wanted Wyatt to see decoying birds. Finally, after a few minutes, two groups of five Woodrows start circling in on our decoys. The birds were calling and Wyatt was calling right back at them. “Daddy, they’re coming”. His continuous calling seemed to of had them confused and they were making all sorts of strange chuckles right back at him. After about five loops around our decoys, I picked out a pretty drake at 15 yards and folded him up in Wyatt’s decoys. “YOU GOT HIM DADDY! GREAT SHOT! LETS GO GET HIM!” and high fives all around! We had wood ducks calling and landing all around us. We had killed the perfect bird and it had shown my son everything that I wanted him to learn. I put my gun away with a smile on my face and thanked the good Lord for what had just happened. 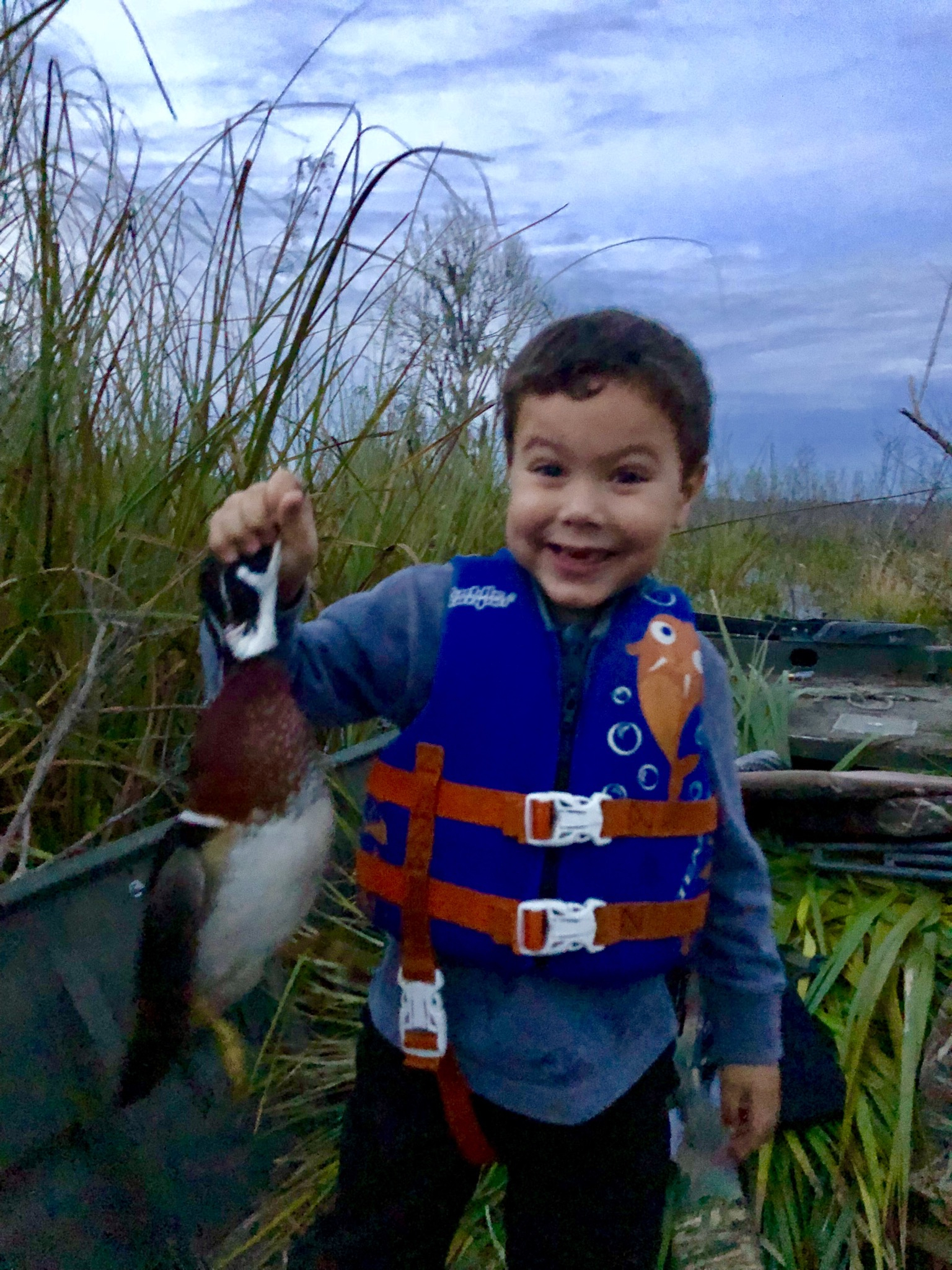 Wyatt immediately asked if we could turn that duck into a “statue, like your ducks” and hang it in his room. No problem!

We we pulled up to my friend’s house to the smell of eggs and bacon on the grill and a bunch of folks waiting to see Wyatt’s kill. Good times.
One president put a man on the moon.
Another president put a man in the Lady's bathroom.
18 · Share on TwitterShare on Facebook