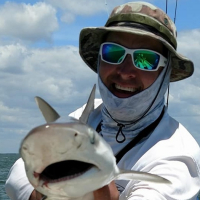 Predator257 Posts: 30 Greenhorn
January 2019 in Boating #1
Looking at getting rid of my Humminbird Helix 9 that came with the boat and going to Garmin, maybe the 94+. Anybody using the panoptix, what do you think, and is it worth the $1500. My boat is a Xpress H24 Bay. Is the 94+ the way to go or any other recommendations? I didn’t start by looking at Garmin, but the features, price and ease of use impressed me along with good customer support. I need ease of use.
0 · Share on TwitterShare on Facebook