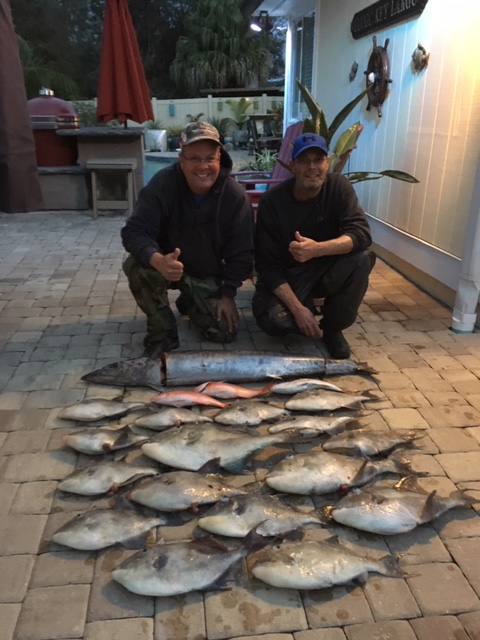 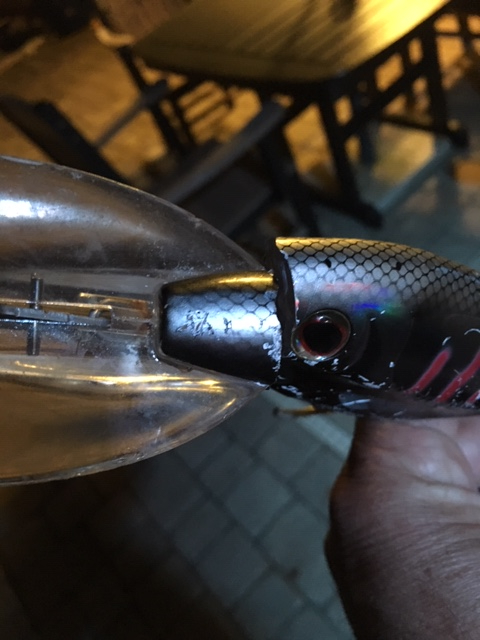 Headed out at 0400, normally run around 20 knots on way out, but was so nice, able to run 25kts. We got out to east of the dry dock earlier than anticipated so stopped at a ledge before the sun came up. Nothing but large red snapper. As it started to get light, we headed east on the troll. Trolled for 3 hours with only a small bonito. Time to hit the bottom. Fished some broken bottom in 130', caught some nice triggers and a bunch more red snapper that we released. Started to head to another spot 2 miles away and decided to put out a Nomad DTX plug on the way over. Trolled for 5 minutes and had a hit. Nice wahoo in the boat. Put lure back out and noticed not running right. Pulled it back in and noticed the wahoo had broke the lure in half right behind the head. Put out another one but no other hits the rest of the day. Hit a few more bottom spots for an assortment of triggers, b-liners, red porgies, and 1 mutton snapper that was too little. Flat calm on way in, beautiful day on the water.