Hot night of snooking in Venice

bigfinn35 Sarasota/VenicePosts: 824 Officer
January 2019 in Southwest General Fishing & The Outdoors #1
Decided to make a run to my favorite bridge by foot last night (heading back to Virginia for college in 3 days, so I've been trying to jam in as much fishing as possible) for some snook. No bait to be found whatsoever, threw the net maybe 20 times and got nothing. Bought some live shrimp in advance though, and those ended up being the key anyways. Not sure if there was a shrimp hatch/spawn going on or if I've just been unobservant in the past, but I saw dozens of the things on the bottom or drifting on top of the water around the bridge fenders. This turned out to be the best night of fishing I've ever had, since everything was eating those shrimp. First cast got me a solid 26-27" snook, with several more right after. 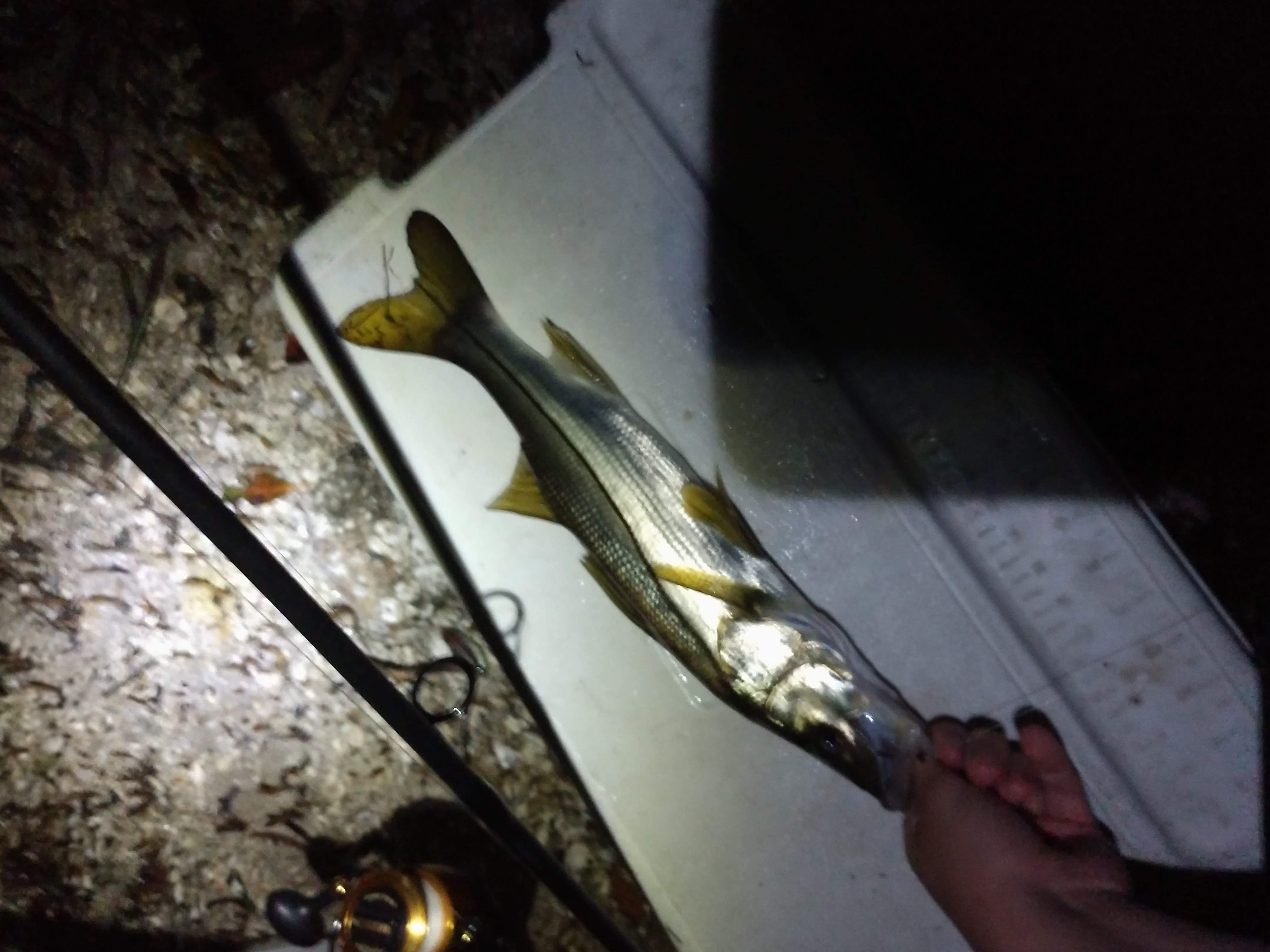 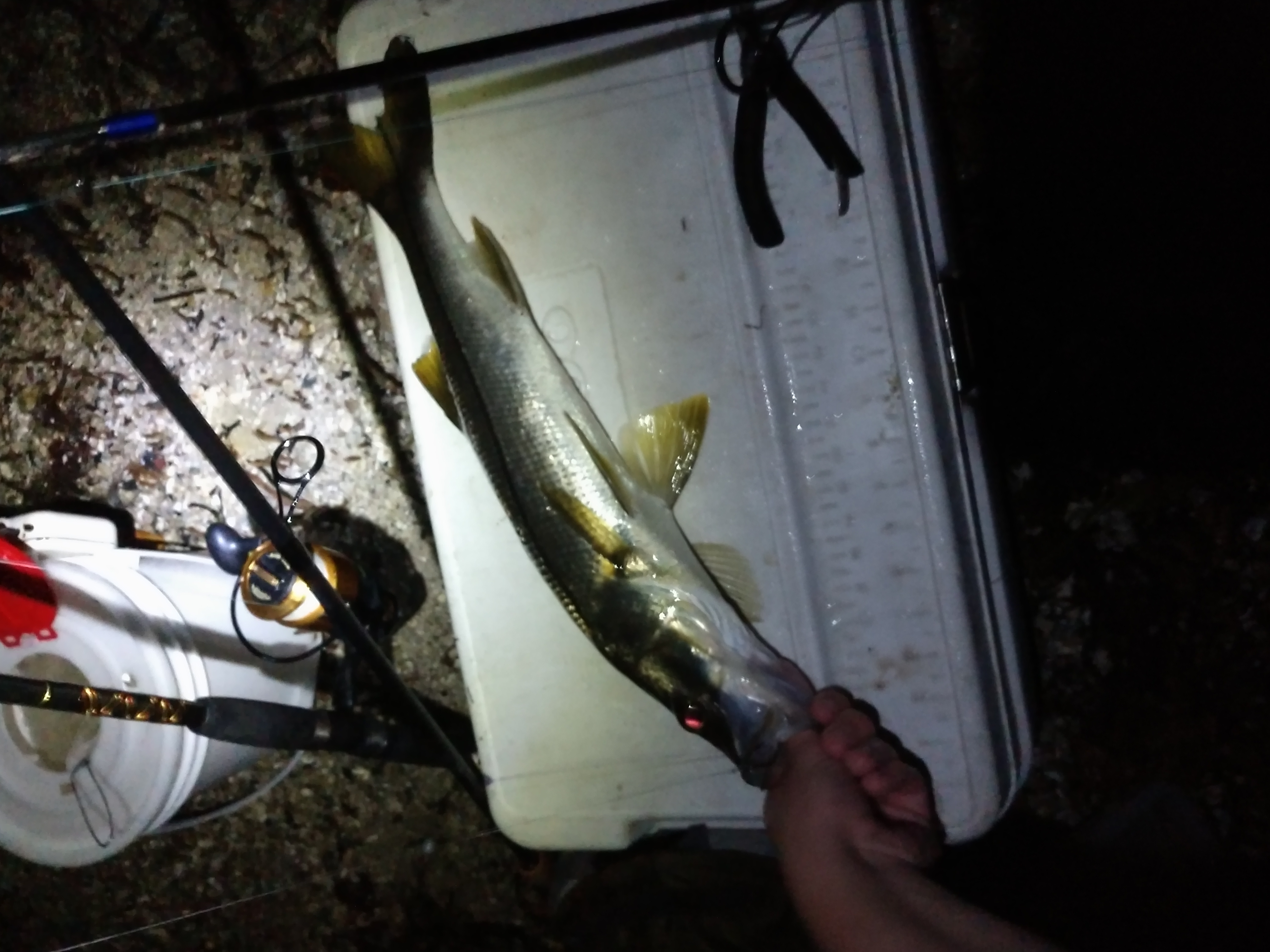 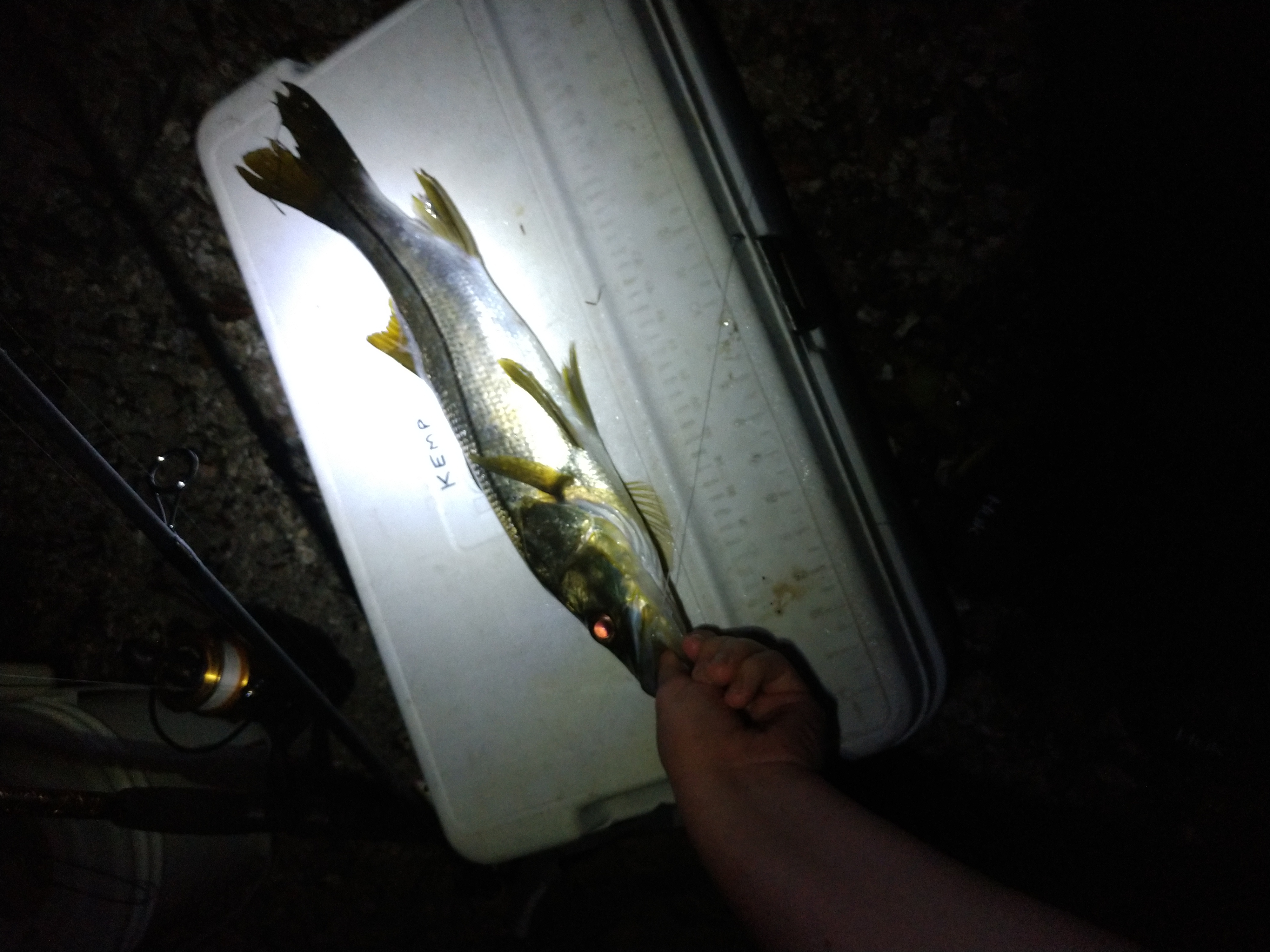 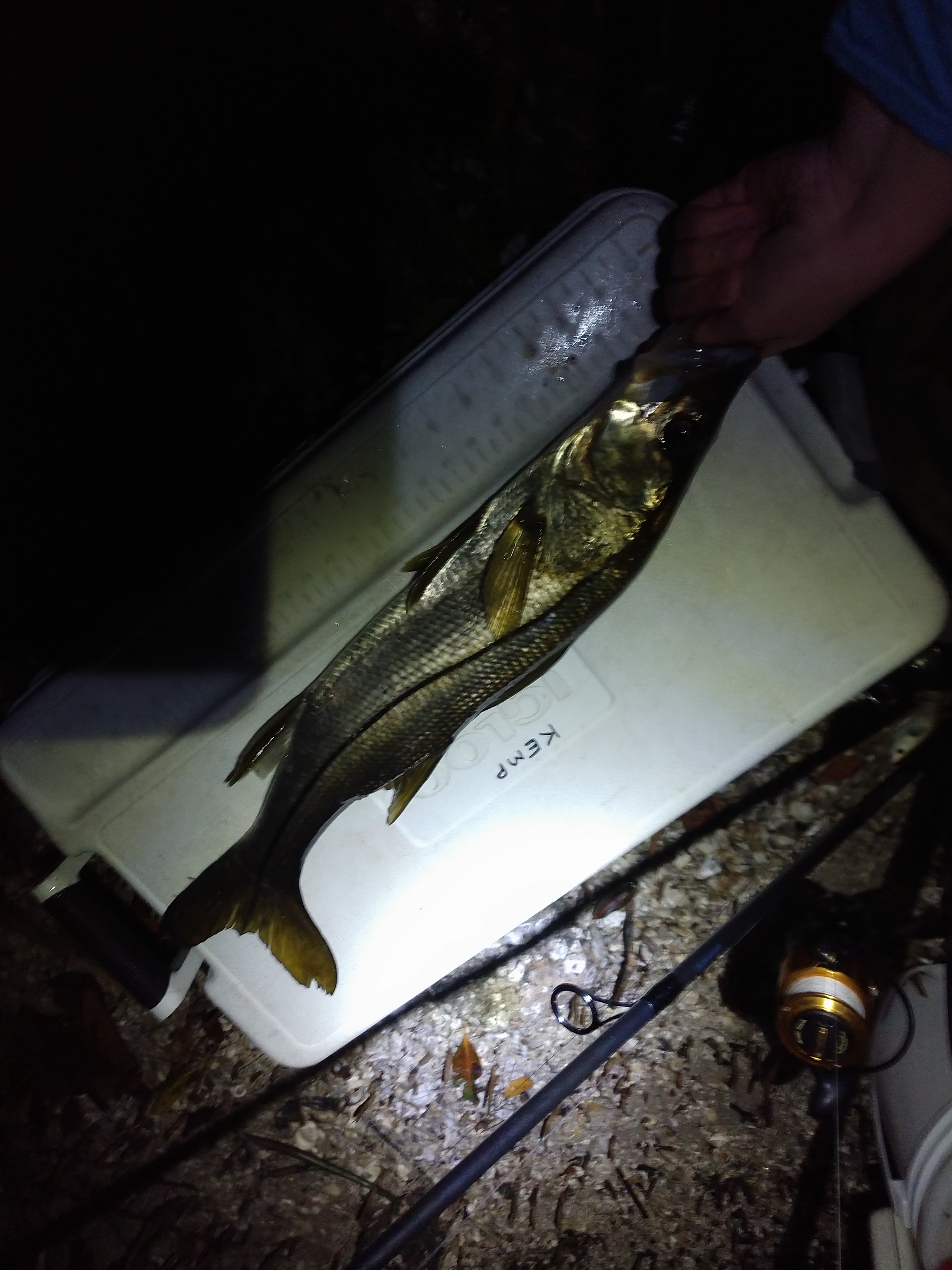 Fished the shrimp live on a 1/0 hook with a tiny split shot attached on 25-lb fluoro, casting it maybe 15 feet upstream of the light and letting it drift into it. Had to wade out maybe 20 feet to get a good casting angle, but it was well worth it. Caught snook, ladyfish, and a couple snapper (that would have been legal if I'd wanted to keep fish that night) til my arms fell off. Ended the night with maybe 20-25 snook and a couple of CHUNKY ladyfish, including my new record around 4-5 lbs. Most snook were underslot, but a couple might have brushed the lower end of slot fish. Really had to work to pull them away from the bridge fender. At one point I ran out of bait and just scooped half a dozen of the free-swimming shrimp out of the water to use instead. Will definitely be going back to this spot. 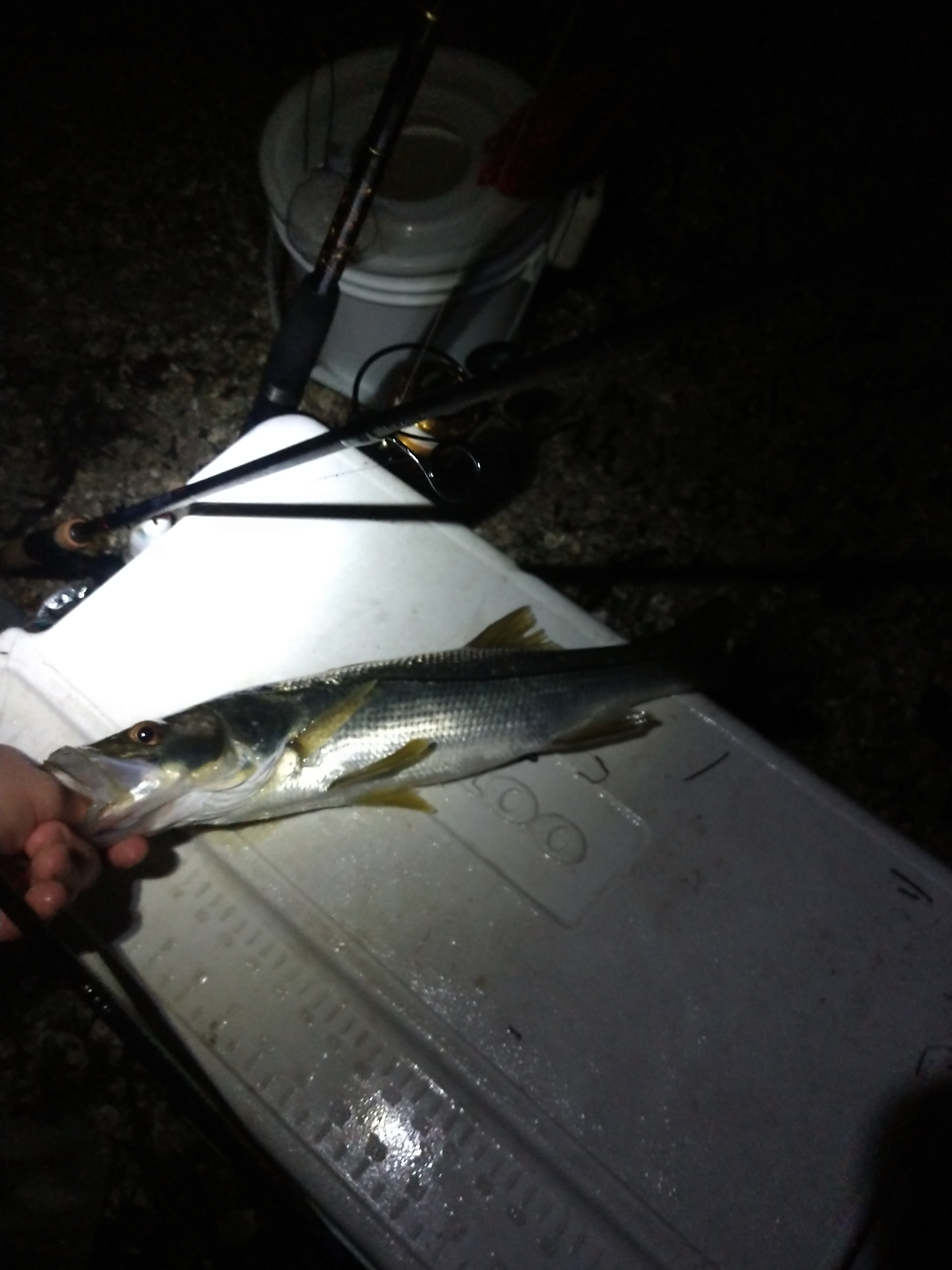 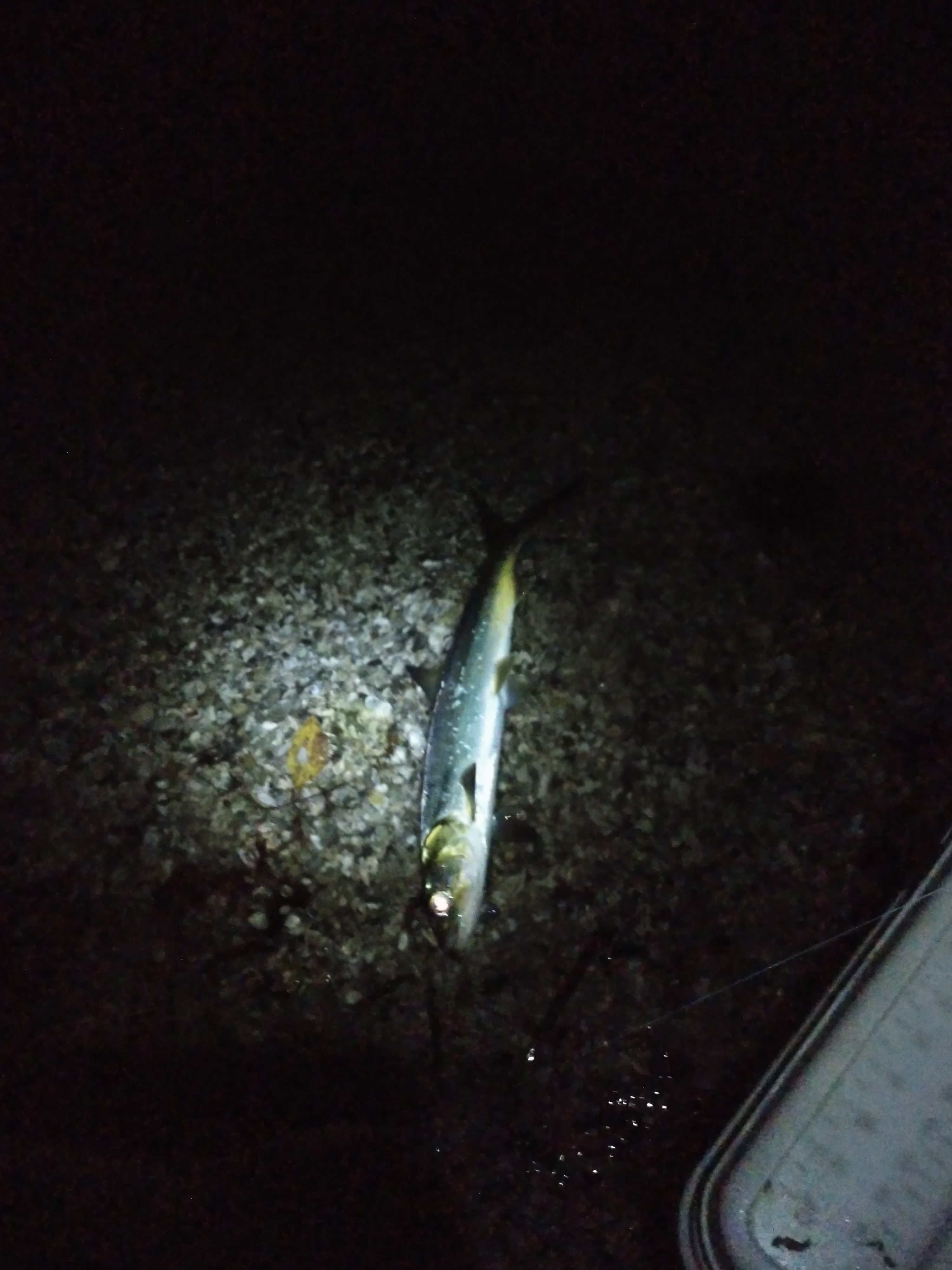 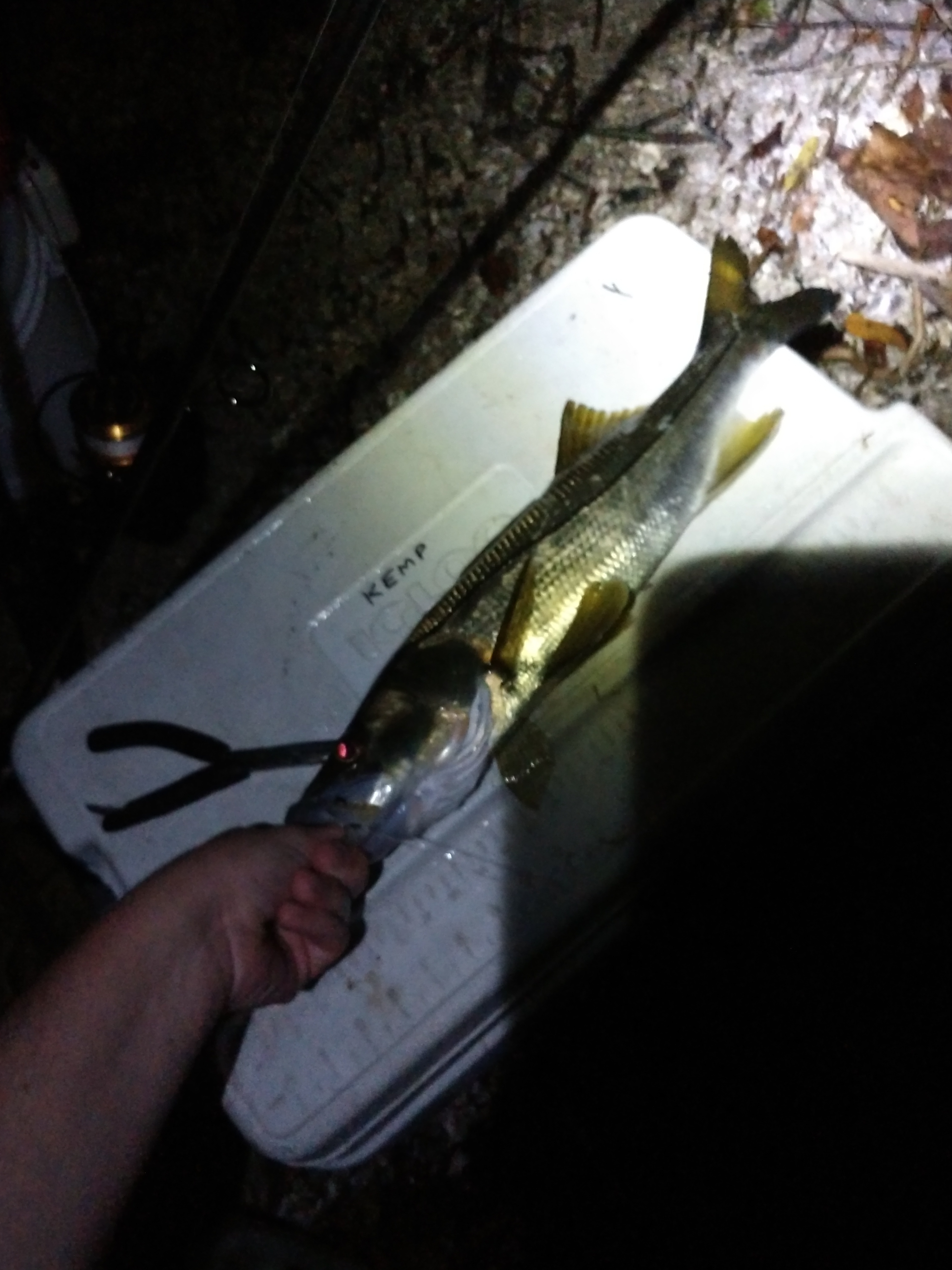 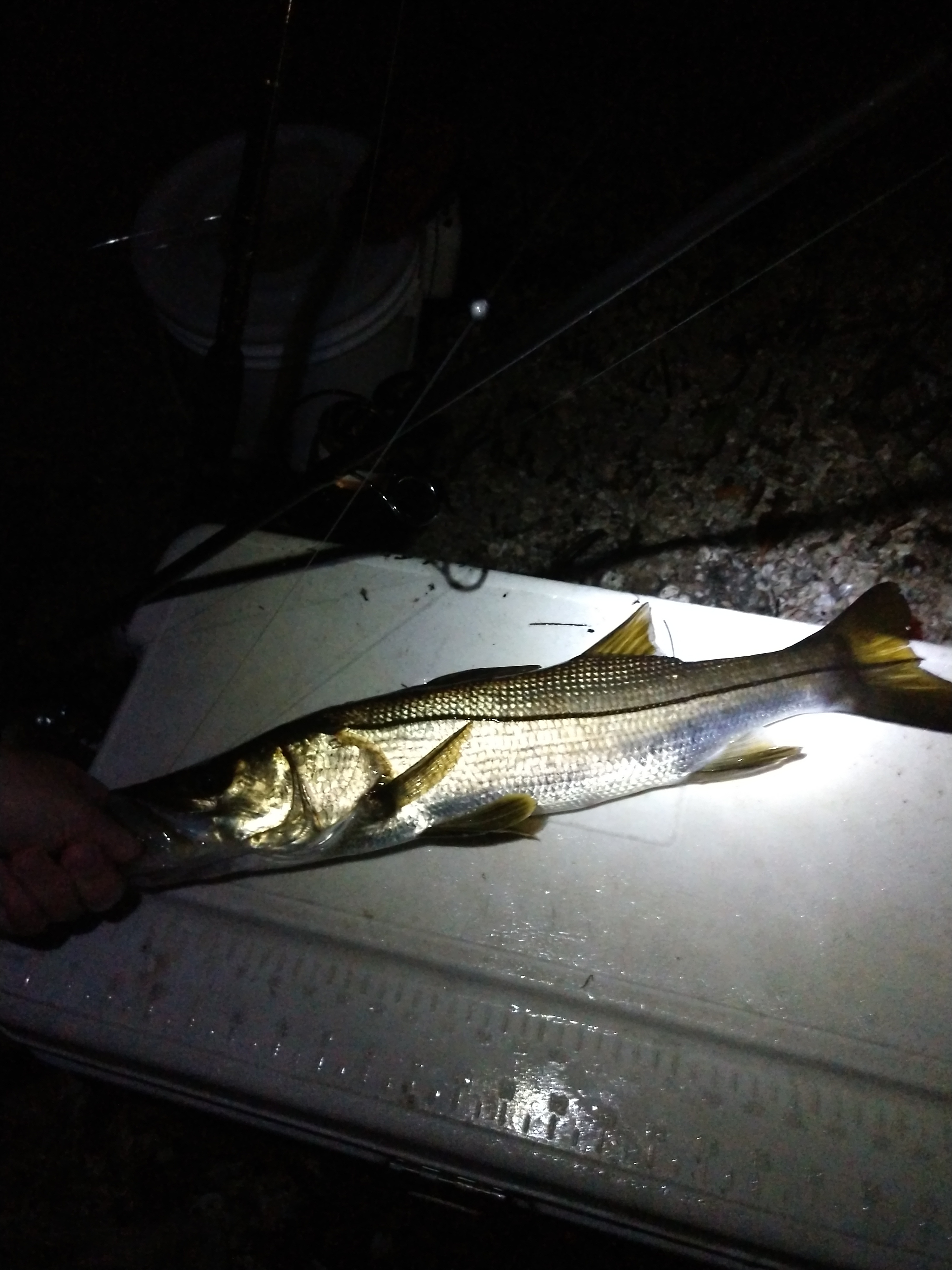 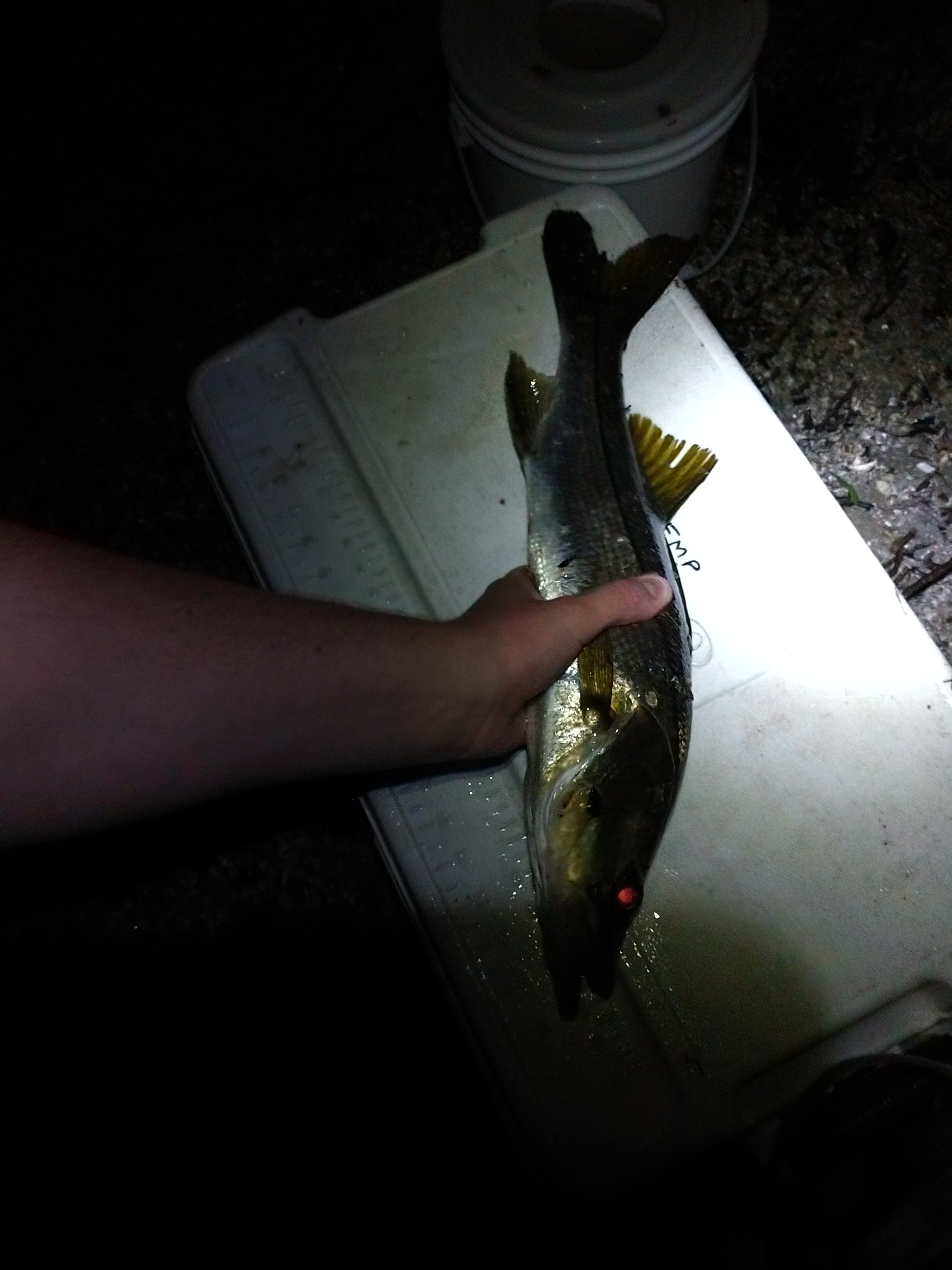 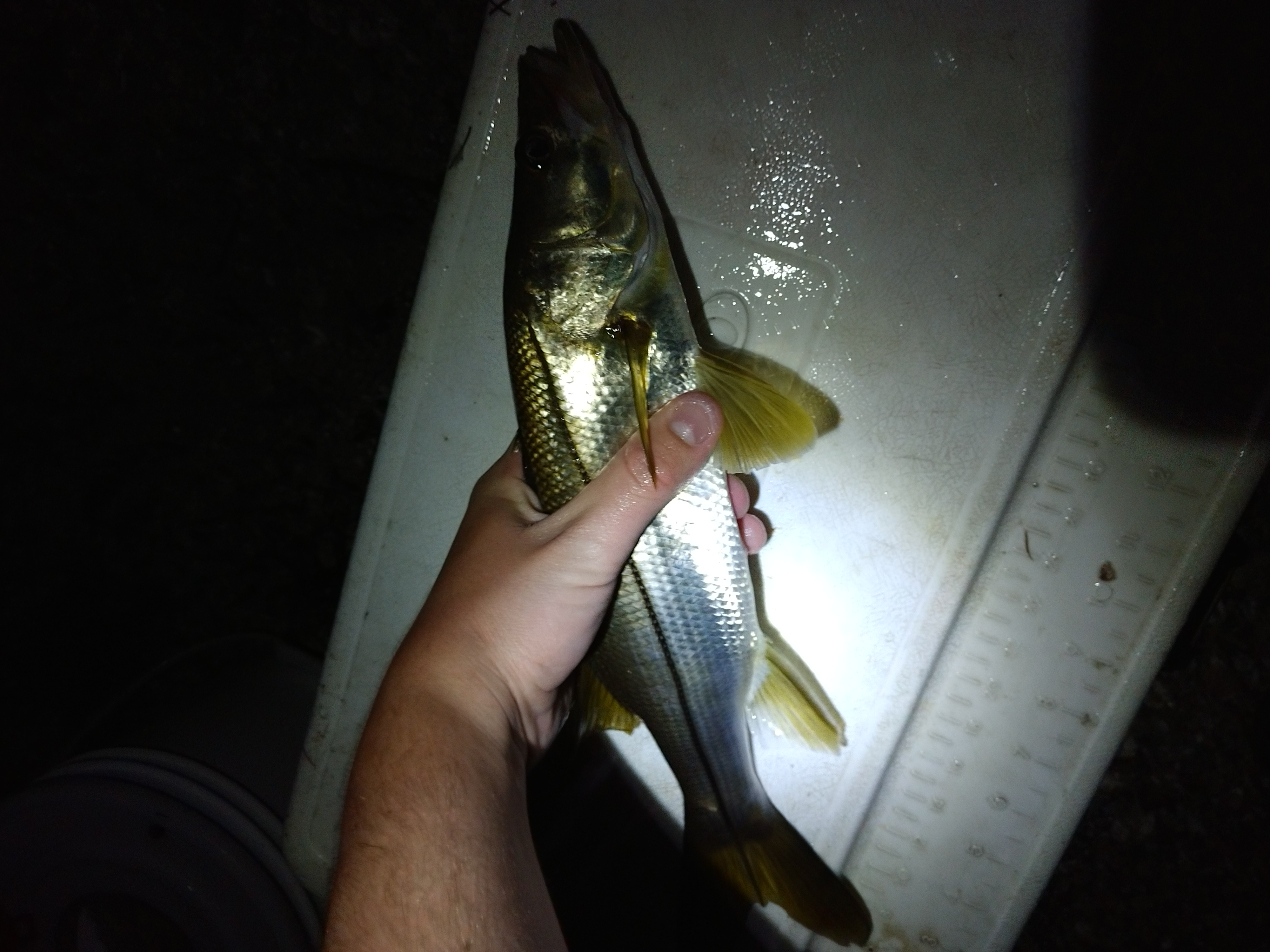 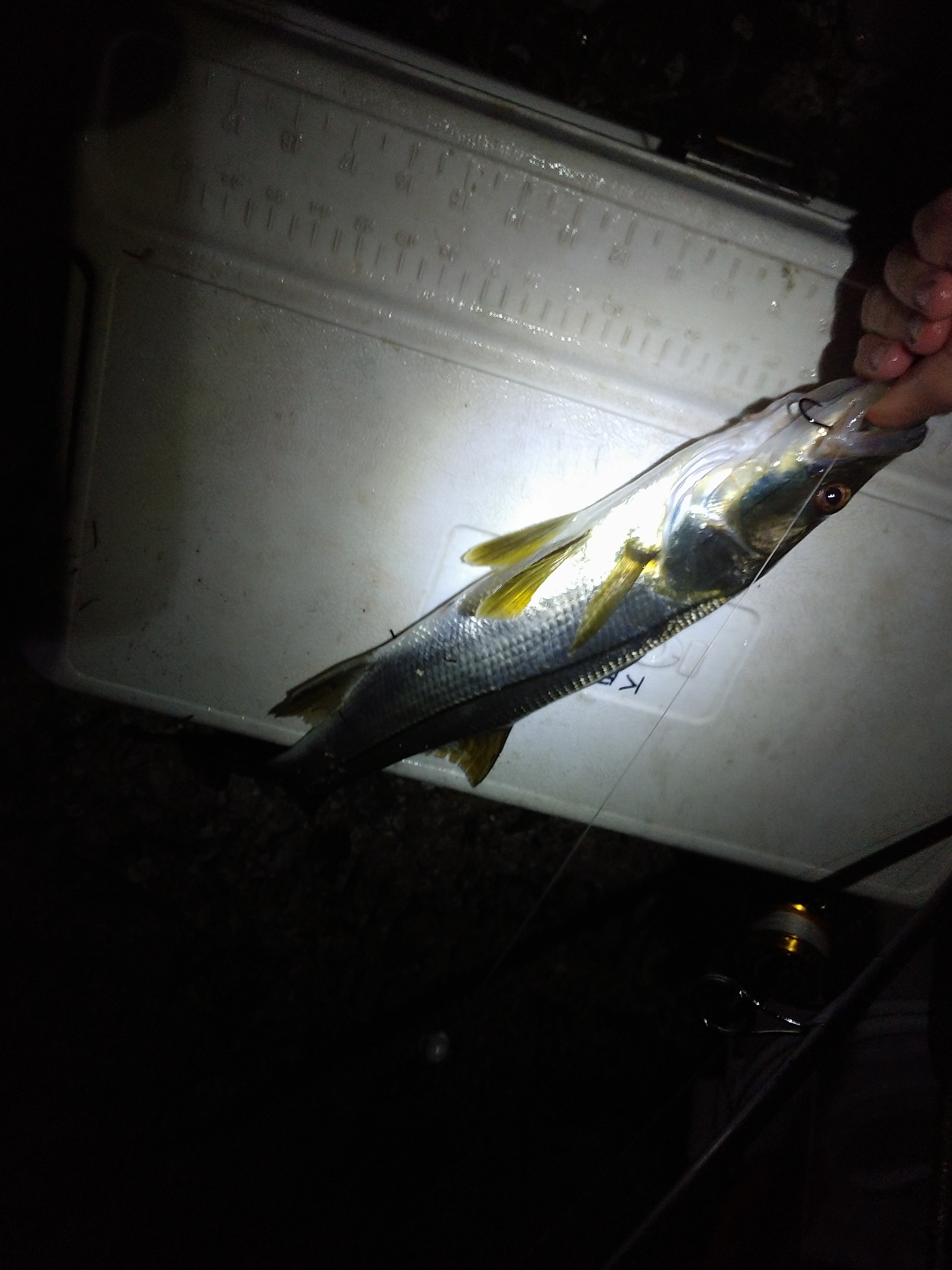