Trout and Red kind of Day

12 Dec 2018... Wabasso/Vero...Was a little worried about the cold, for me, not the fish.  Started the day at Hobart Landing, pair of 14 inch Trout and a few Ladyfish.  Worked the channel, hoping for fish to be deep, nothing.  Next stop the Sisters.  My favorite mat weed in abundance.  Paid off with a nice Red.  Out to the Snapper hole, lot of players, but all just a hair short.  Nothing on the spoil islands.  Grand Harbor dead.  Head to Vero and McCullers Cove, worst nightmare for me, clean clear water.  Spotted a couple of Sheepshead, but they were not in the mood.  Favorite pocket, another nice Red.  Hit a school of Trout, got one that was barely legal.  Next down the line, Ladyfish were stacked up.  Small Jacks were in the mix.  Back to the Estuary and Vero.  Working the Mangroves landed a 21 inch Trout.  This was followed by one that went 18 inches.  Time to get serious and try to find a Flounder or Little Ugly for the FWC Slam.  Not happening today, managed more slot Trout, Ladies and short Snook.  First Red was caught on a Matrix Shad, Midnight Mullet.  Trout were schooled up.  The ones that I am looking for are pretty much loners.  All the rest of the victims were caught on the Baby Vudu Shrimp.  All players released for future encounters. 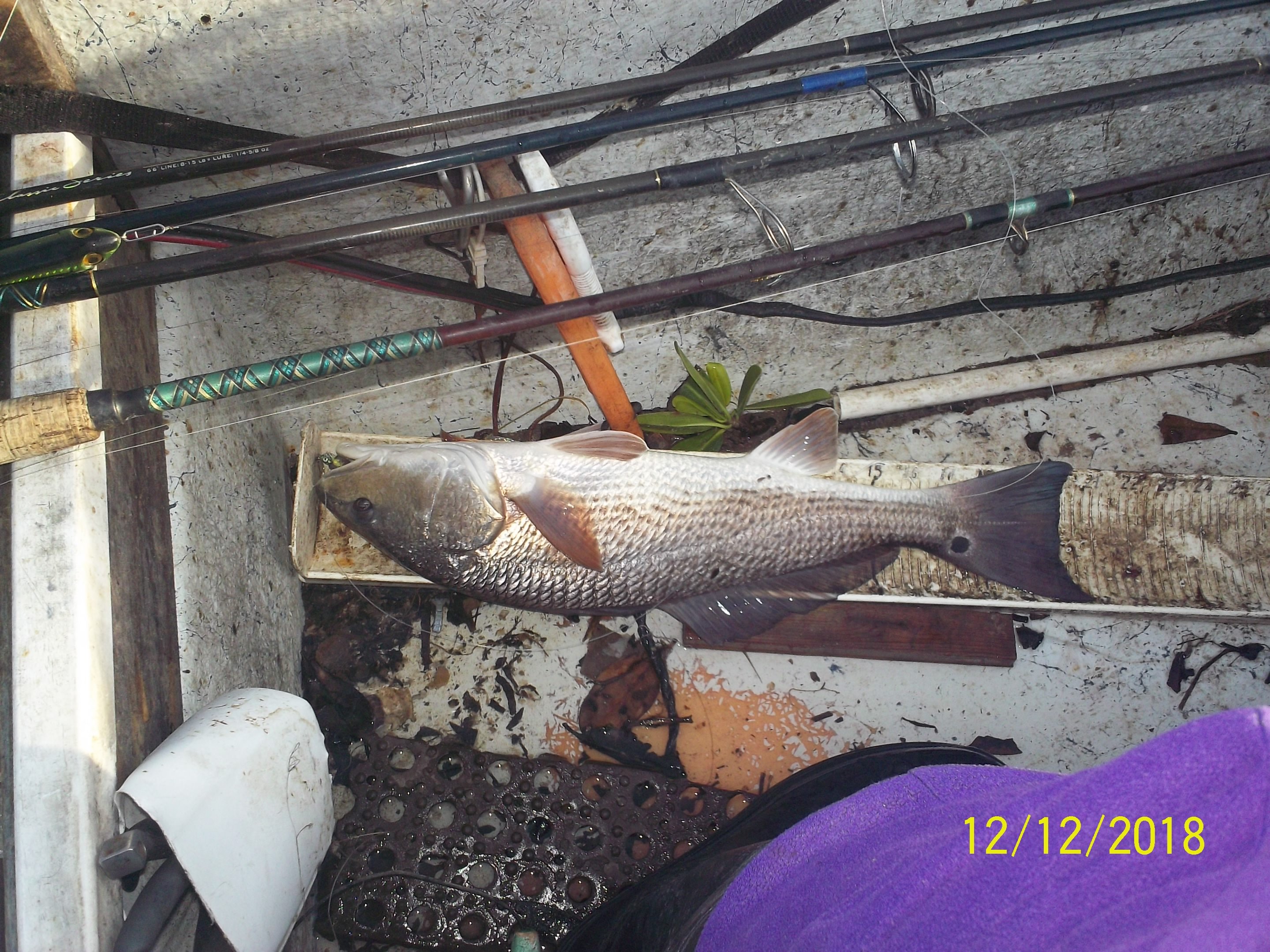 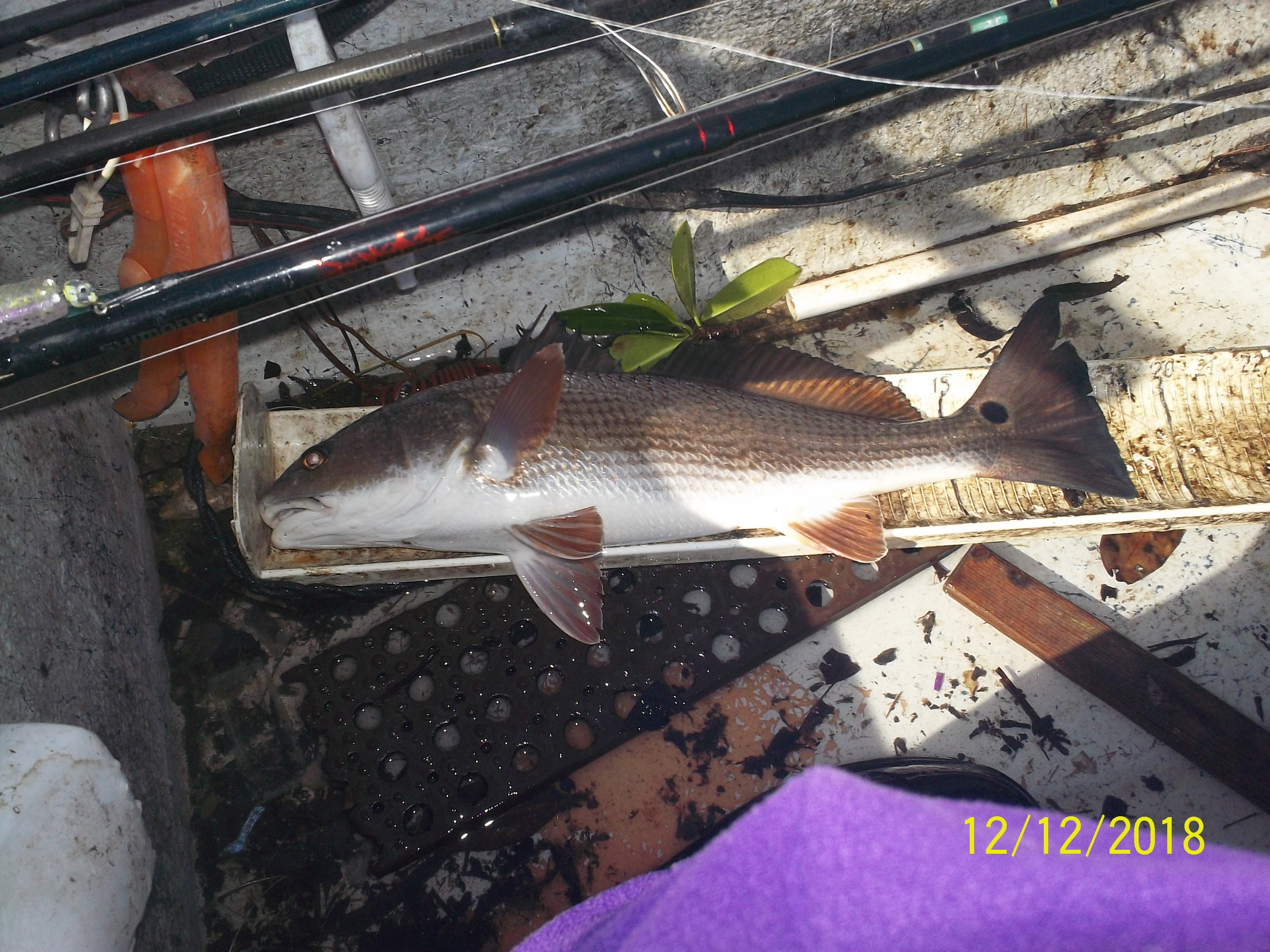 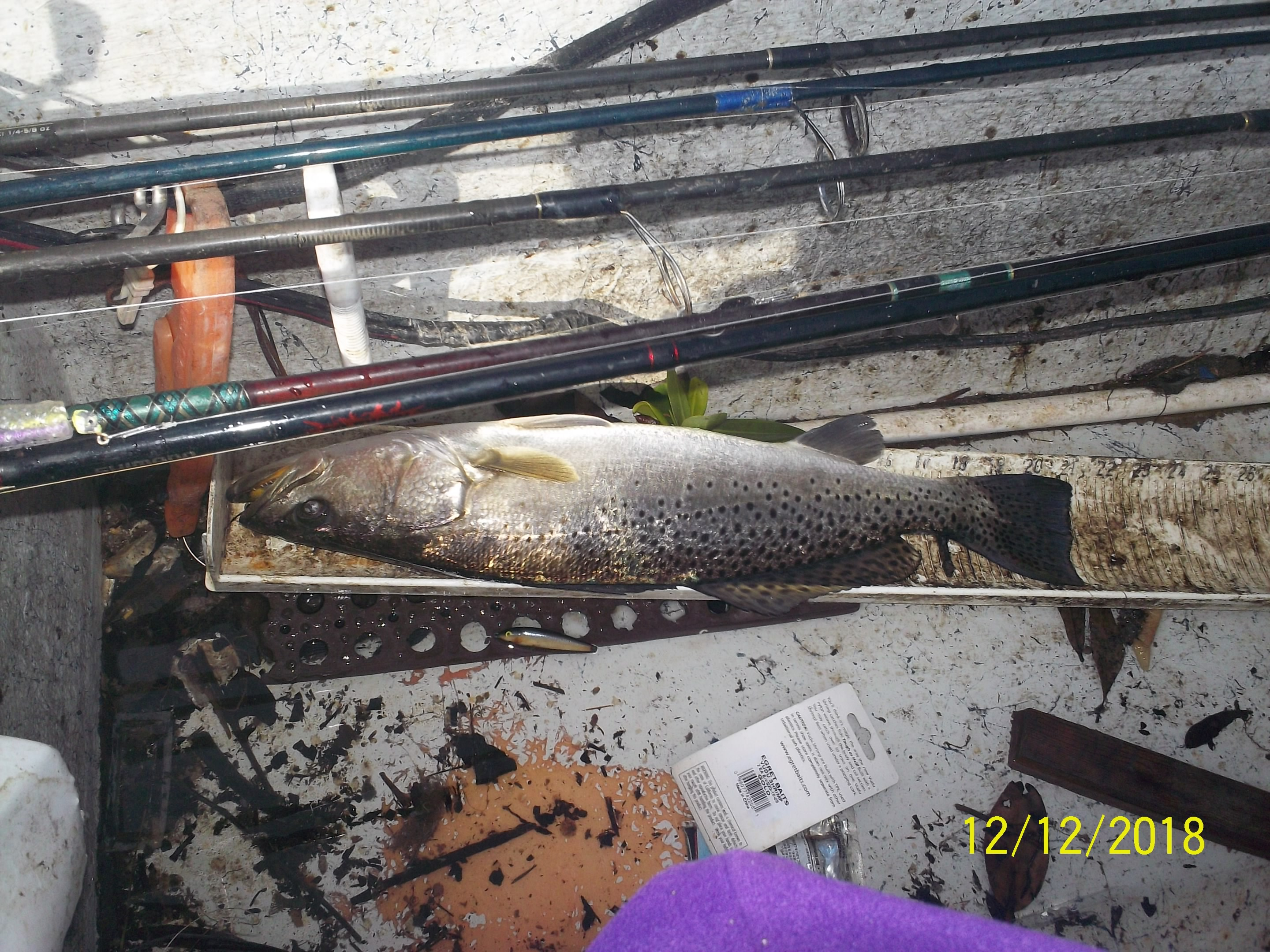 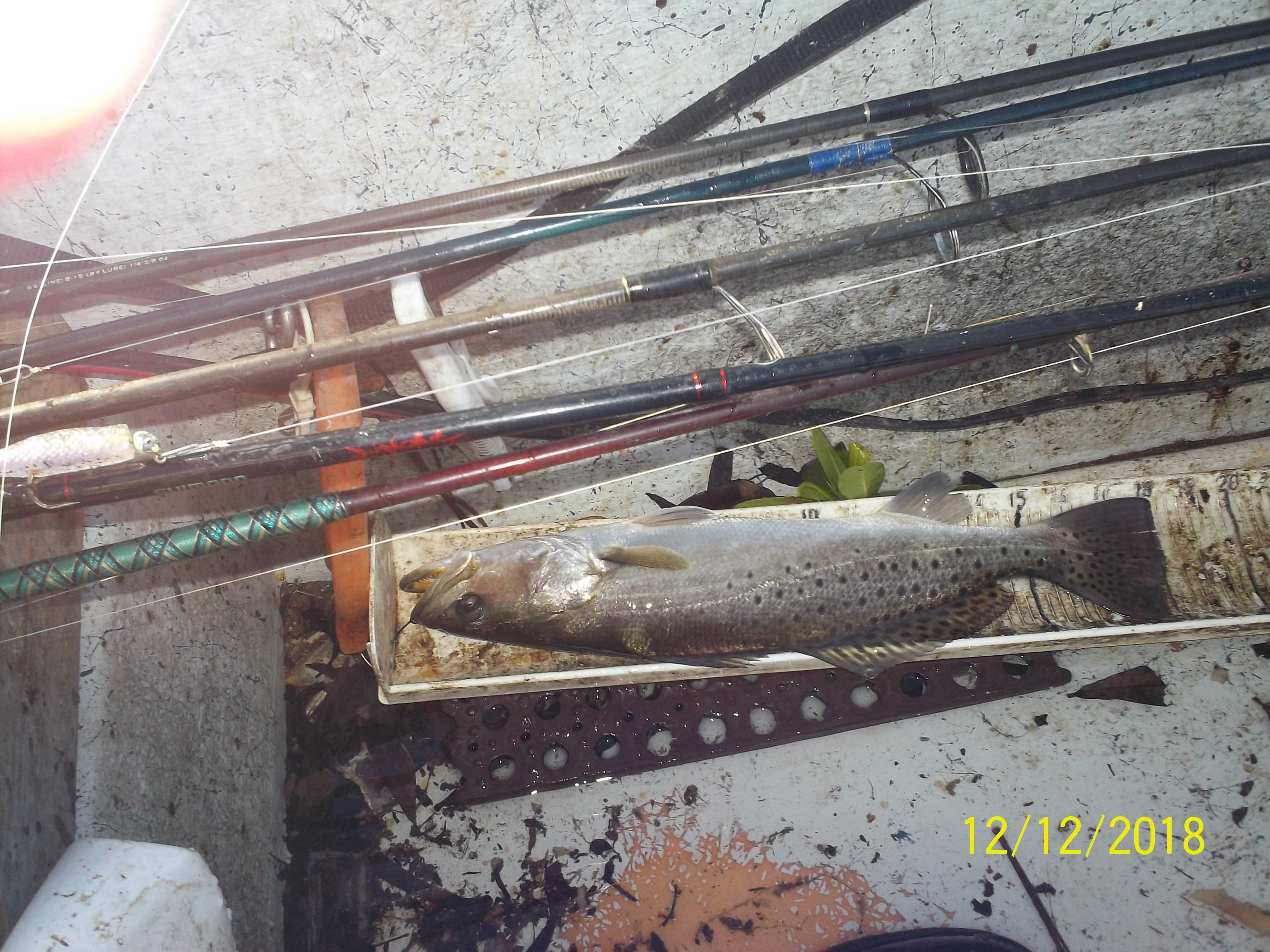