This trip started out with me doing what I love and have missed, catching Pin Fish on the Skyway. Although it was freezing, I was grateful to see so much life after all the horror of the Red Tide. They bit pretty good so I was able to get about 80 in a couple of hours. Now to the boat with the hope of keeping them alive. I am happy to report they survived throughout the whole trip. Note: There is still RT around but conditions are improving.

Conditions on the way out were a bit rough and the trolling was slow. It was much better between spots as some tuna were caught. We started out in windy cold conditions especially on the bow. Fortunately, the fish were biting well enough to keep the blood flowing. For a moment it looked like we would be on a night time Gag chew as three were caught quickly. It ended as quick as it started as none were caught until day break.

Sun rise so time to see if the live Pins would make a difference. In fact, they already had as I caught several nice Goozers on Pins during the night. The Gags just didn’t want to cooperate, I didn’t get a single hit by Noon. I did land a few Mango’s. The Snapper bit well all day and I had no trouble getting my limit. Truth is if hadn’t been focusing so much effort on Gags I’m sure I could have doubled my limit.

Late afternoon and still no Gags, that was about to change.  I dropped down a large Pin and half way down it got BLASTED! I thought sure it was an Amber Jack as it started taking drag. To my surprise it was one of the Bigger American Red Snappers I’ve seen in a while. It had to be in the 20 LB. range. Good news it was properly vented and went down healthy so I am hoping we meet again.

Still on the ARS spot I quickly fired down a live bait only to get hung in the rocks. I managed to lose my whole rig two times in a row. The most frustrating thing is people were catching Gags all around the boat.  Undaunted I re-rigged and fired down again. This time BANG! Big Fish ON! After a few tense moments I turned the fish which I was certain was a nice Gag. Well I’ll never know as about half way up it chewed through my leader. Fishing can be frustrating some time. The trick is to keep your spirit up as you never know. I re-rigged for the third time on this spot and fired down the largest Pin I had left. Sure enough, as soon as I tightened on my line Slama Jama! I promptly reeled in a nice Gag in the 15 LB. range. Never Give UP!

It is Thanksgiving Eve as I write and I am truly grateful for all the many blessings I have. Not the least of which is being able to fish with so many great people. This trip was no exception. Not only did my young friend Chucky return but he slammed the fish. I also got to witness one of my Star pupils come into his own. Bubba not only limited out on Mangos but got a Gag and a Blackfin Tuna! Good job Grasshopper.

Did I mention that Chuck brought along his Uncle (Captain) Joe who mated along with First Mate Will. With Captain Garett at the helm it felt like we had the Old Band back together again.  The big news is Captain Joe will be making his 39 hr. Captaining Debut this Thanksgiving Weekend. He has earned it and I am eager to fish with him. From my Family to yours I wish you the happiest of Thanksgivings. 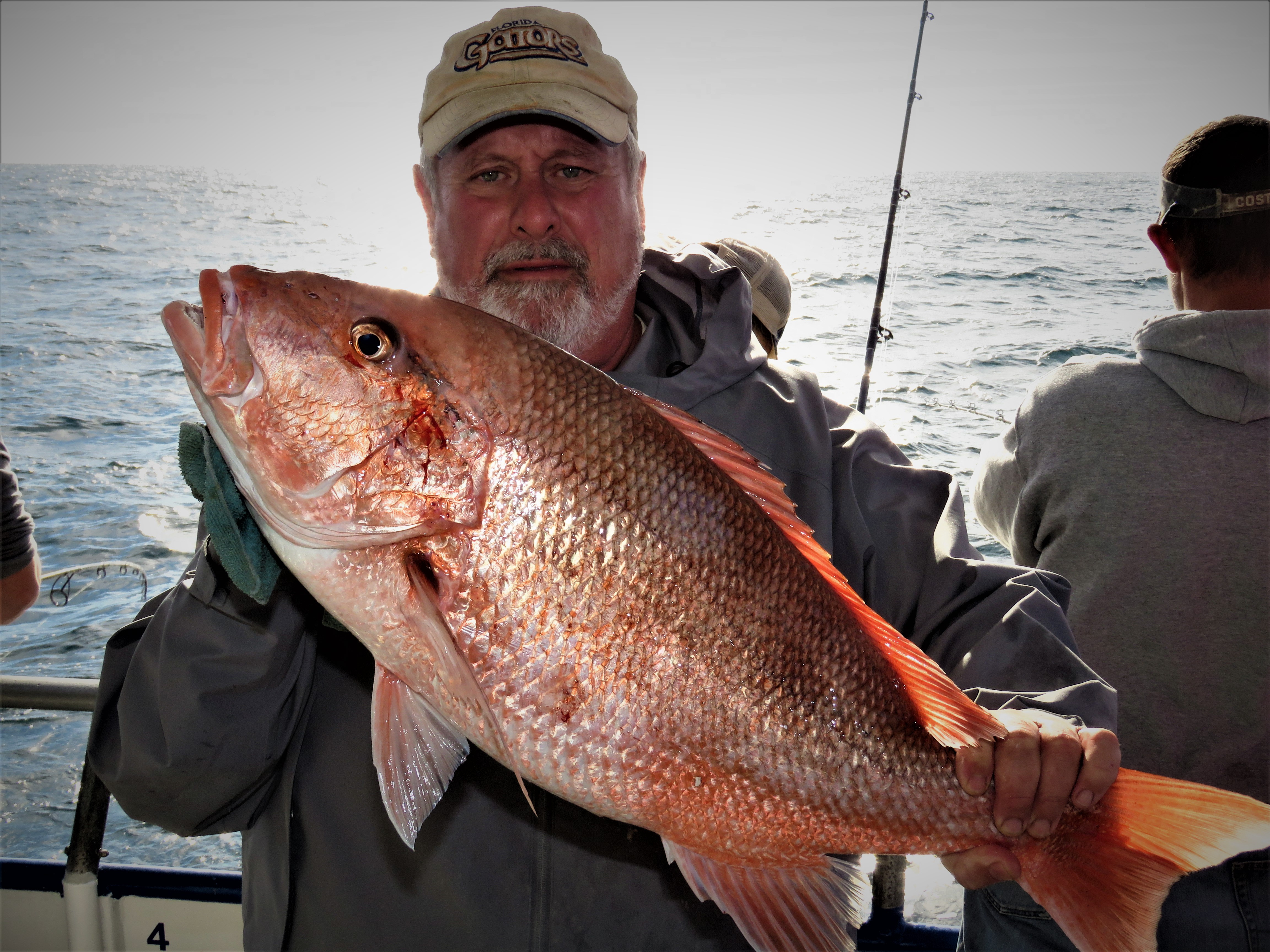 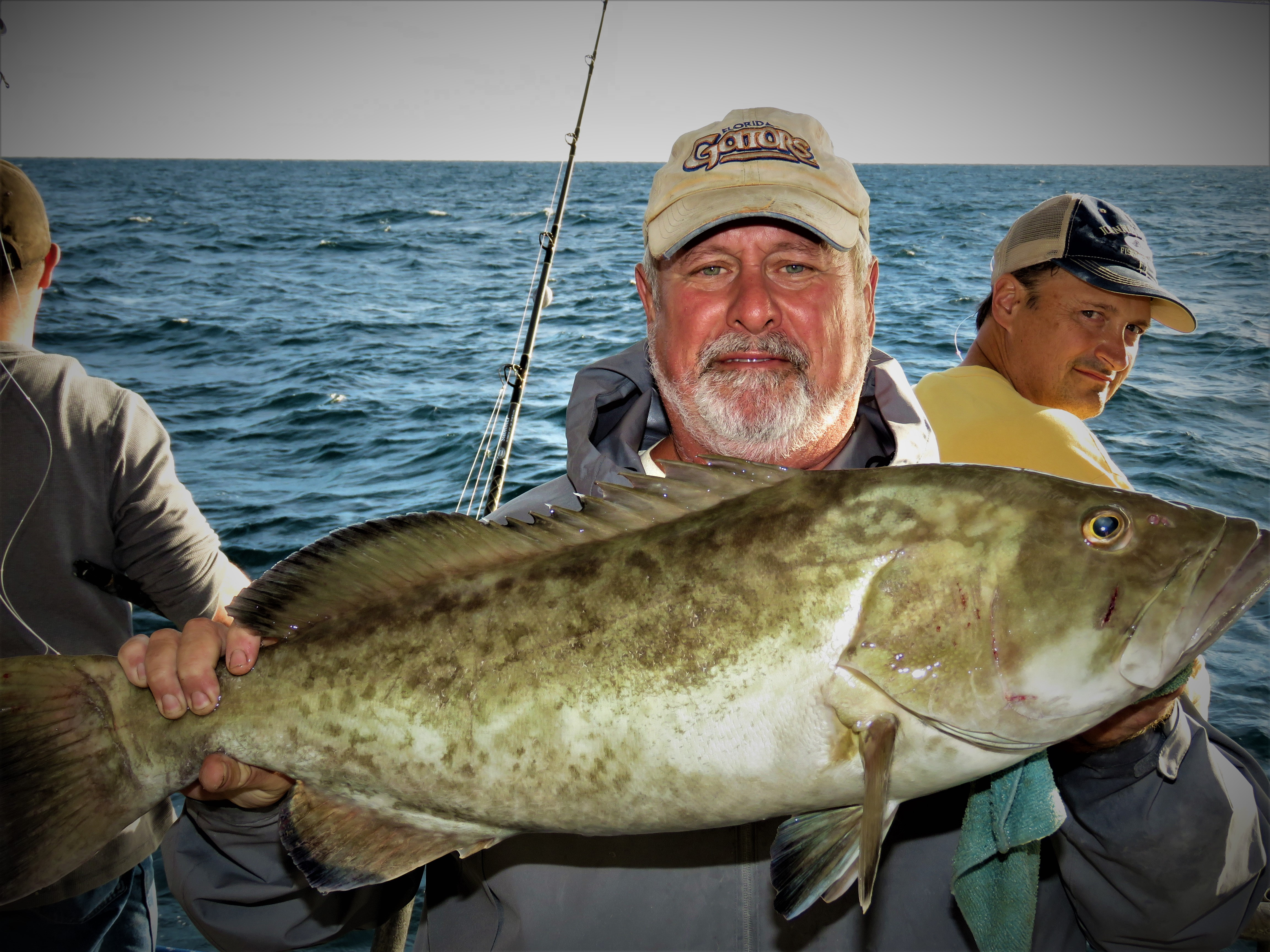 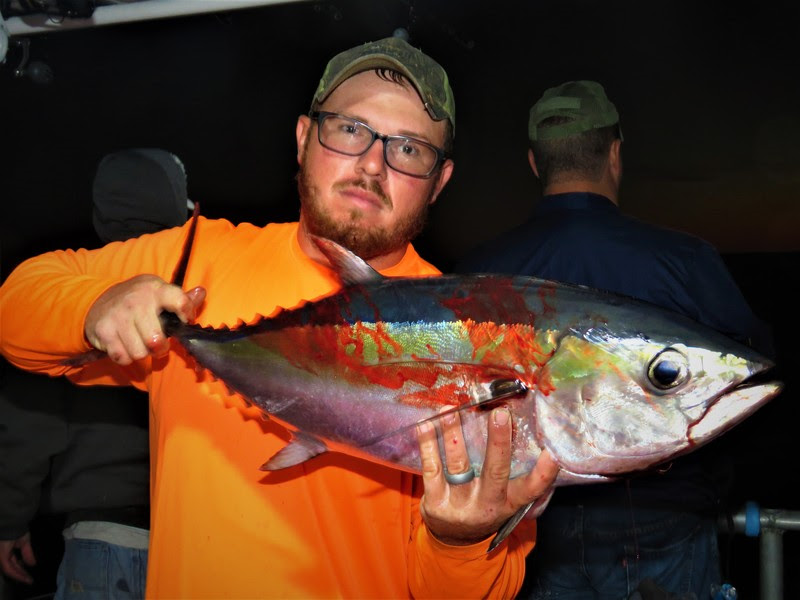 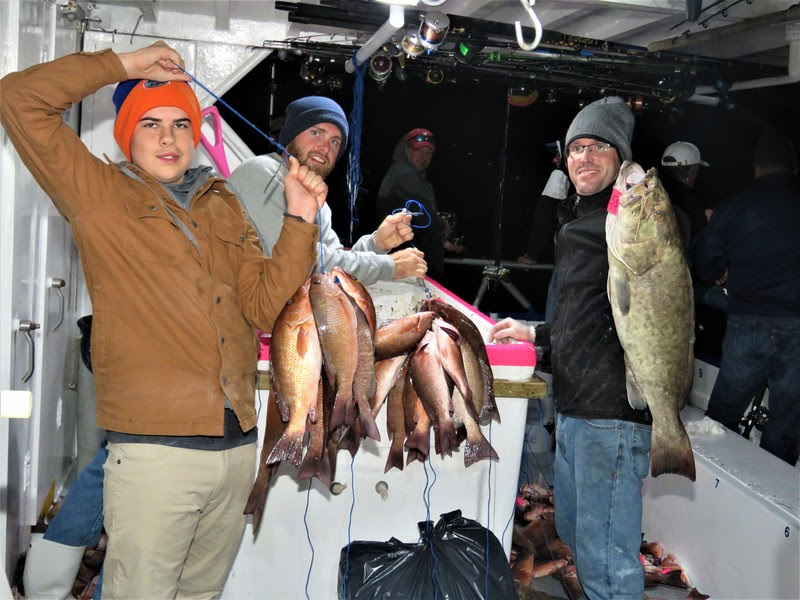 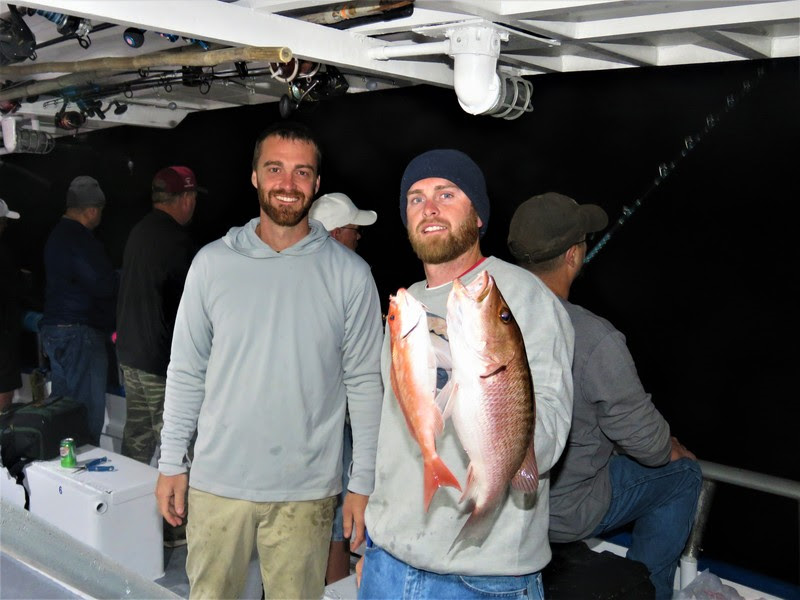