Headed out of Cedar Key with a couple friends Saturday morning at 7 AM. We wanted to get an early start because we thought was a lot of good fishing reports, light wind forecast and the gators playing out of town that the ramp might be crowded. The ramp was not busy and launching was not a hassle, which is rare for Saturday morning.

We headed out to an area of live bottom and 40 feet and planned on pulling some artificial lures on top for small kings and stretch plugs down deep for grouper. As we got closer to 40 feet we noticed more and more grass and gave up on trolling after a short while as we were constantly dealing with lures fouled with grass.  We saw very few bait schools offshore and the water temperature was 88°.

We also planned to do some chumming from an anchored boat at seahorse reef for Spanish, but the incoming tide wasn't for a couple of hours. We trolled some spoons and Florio jigs and picked up several nice Spanish, but as the outgoing tide ebbed, the bite slowed down.  We headed over to the sunken dry dock to see if we could possibly see a cobia.  We didn't see any cobia, but the conditions were not very good for seeing fish just under the surface.  We then headed back towards seahorse we and went over the GOFC2 reef looking for cobia and to locate some of the piles with the side scan sonar. I'm still learning how to interpret the side scan, but was able to identify some isolated debris piles.

By now, the incoming tide had started and we headed back to Seahorse reef to chum. With the chum bag out, the first fish was on within three minutes and we proceeded to have nonstop action on Spanish mackerel for over an hour. We ended up keeping 22 Spanish, the largest was 4.25 pounds, several were over 4 pounds and many of them were in excess of three.

The calendar says it's fall, but the water temperature was in the 88 – 89° range all day long and it was very warm in the sun. I was surprised how little bait was present offshore. There was more bait at Seahorse reef than in 40 ft, but I've been on the reef many times and have seen much more bait at this time of year.  The it was a good day to be on the water with friends and the larger Spanish mackerel were able to put up some impressive runs against the 10 pound class spinning rods we were using.

The picture is a screen grab from an earlier trip to the dry dock with high frequency CHIRP and side view. 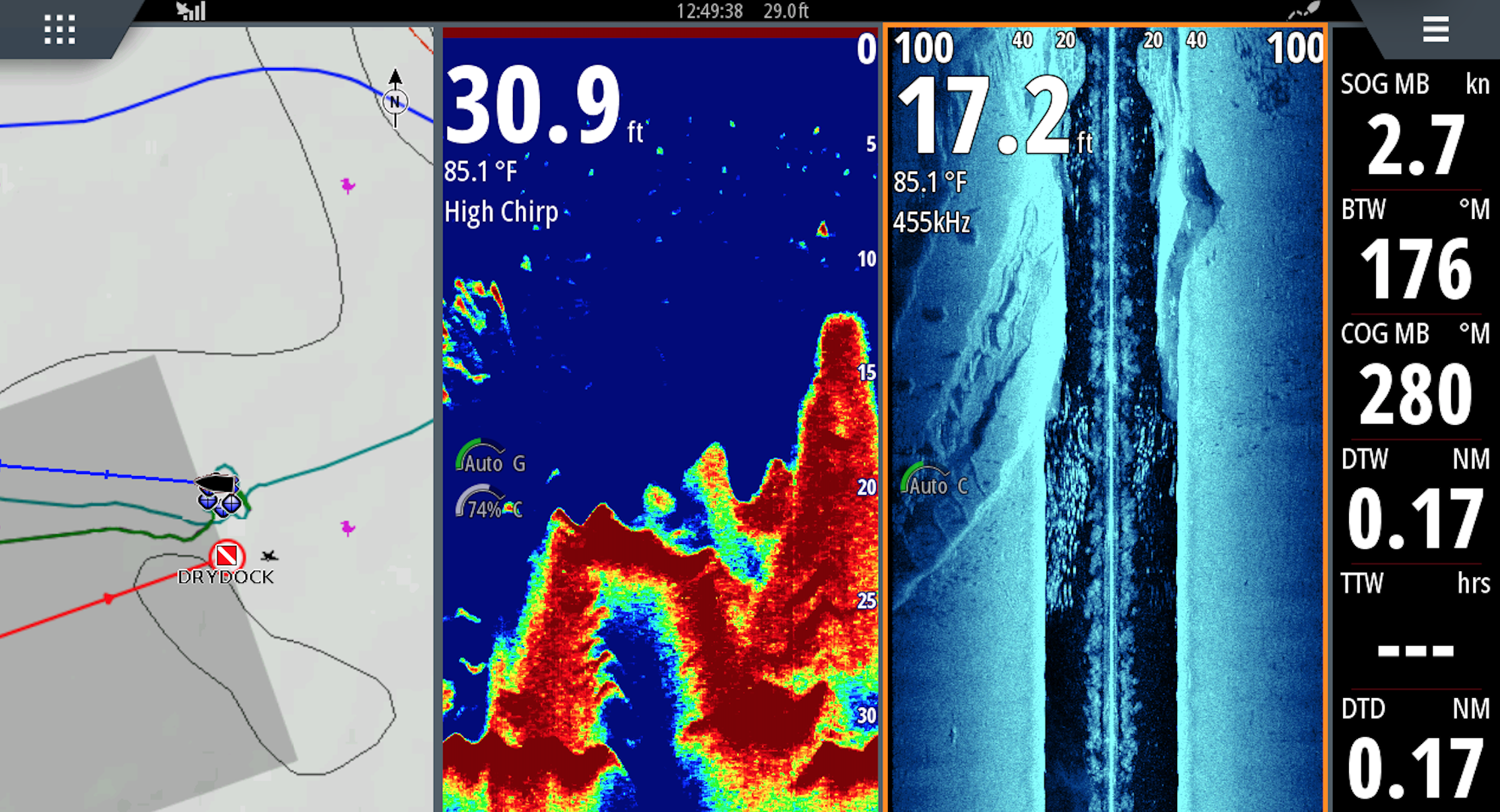