The banter over this trip began months ago. For over 10 years, a group of fishing forum buddies from all over Florida has grown into a few tight friendships and some new acquaintances with one man in common, Dudley “The Hurricane” AKA Snaphappy. Together, we’ve fished all over Florida and a couple of us enjoy a trip to Venice now and then to fish with Todd, the legendary Captain Same Outfit. Though Todd has no use for the internet or any other modern conveniences, he and David AKA Killula AKA The Great Wall were catalysts for getting many in the crew to fish together for the first time. The other major catalyst was none other than Greg and the Yankee Capts....

I’m the guy that lives closest to the boat, just a few miles to be exact, but I used to live in the north Tampa Bay area and met a handful of guys on the old FS forum back around 2005  that I keep in contact with today. I haven’t seen Jay AKA Jayzilla, Rich AKA Long Island and Tommy,  AKA Knot Tommy in years, so they headed down a day early to hang out. They’re fantastic gag grouper fishermen. After a long evening of catching up and bbq, we retired, only to be wakened by violent snoring, the noise of which would surely have pets and small children running for protection.

At 8ish, Rich woke us with bacon and eggs. He’s a fantastic chef, so I happily turned my modest kitchen over to his care. I live here, so the game plan was their’s. Sightseeing? Lunch on the water? Nah. “Let’s get bait!” Fresh bait was not to be found by our fellow anglers (Dudley/Timmy, David/Todd, and Allen) that were anxiously on their was down the east coast. After a quick snack with Greg, we ran around and caught  a handful of pins.  I cleaned out my bait freezer to get us a good start with frozens. By the way, bait is provided by the boat, but we are psycho. We loaded the trucks , showered, and took the 10 minute ride to the dock.

Dudley put together an awesome group of guys. There were only three of the 15 that I hadn’t met before. After getting sweaty again loading our gear, Dudley gave a speech about expectations and a few tips as we prepared for the steam to Pulley Ridge. Though we wanted to deep drop, Greg let us know that the conditions for that were not good. Off we went directly to the “top.” 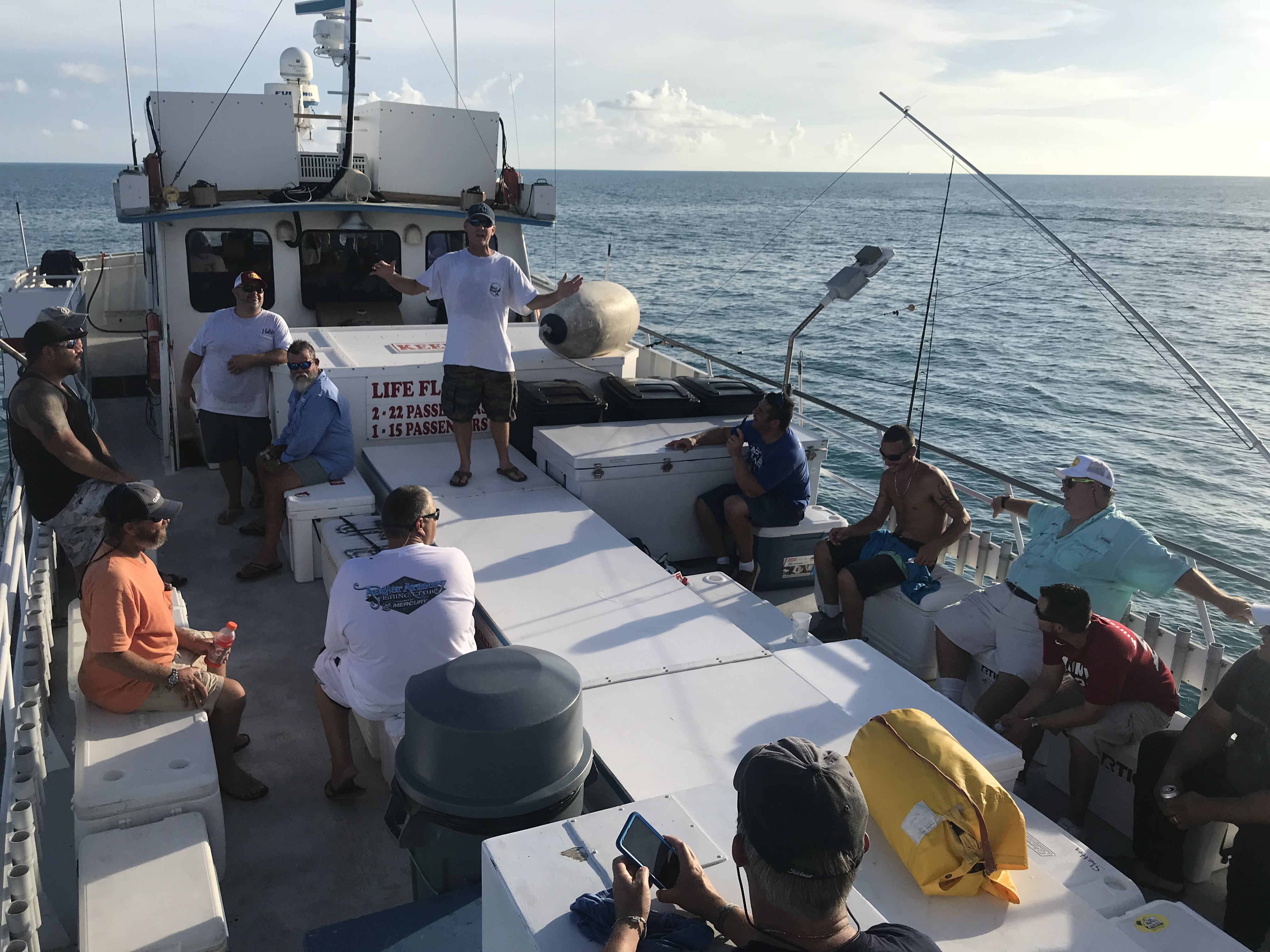