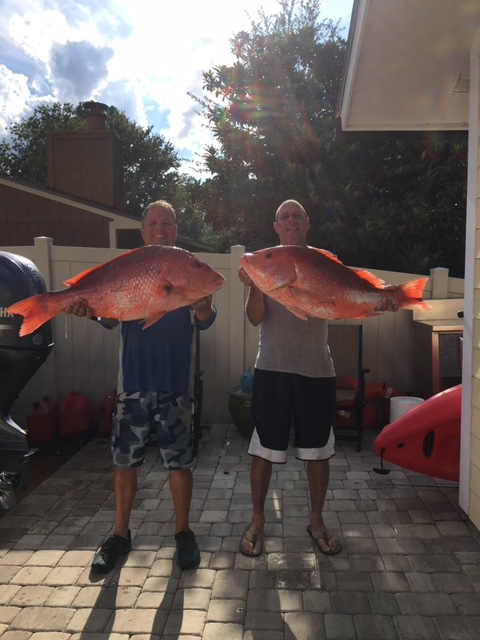 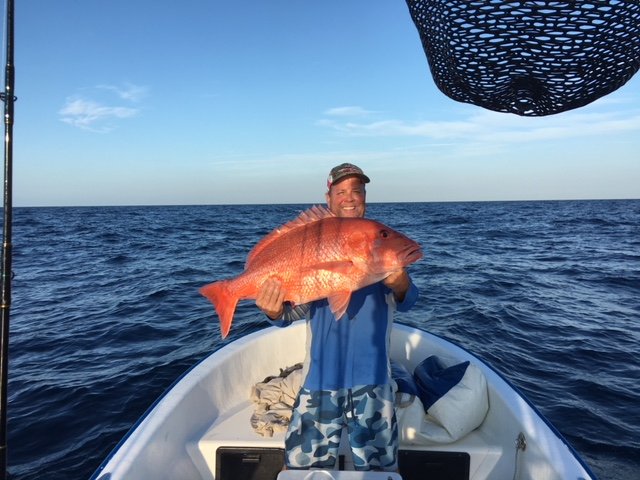 Was finally able to get out for snapper season on the last day. Left early and loaded up on grunts as the sun was coming up. Stopped at a ledge in 120'. First grunt to the bottom, got a hit as I put reel in gear. Biggest snapper of the day at 23 pounds. Second bait down, lasted 10 seconds this time before another nice fish. With our limit of snapper in the box, tried for triggers and other assorted reef fish with squid. Kind of slow with not much current. Was able to get a half dozen triggers and some b-liners.