harbison Posts: 4,056 Captain
August 2018 in West Central General Fishing & The Outdoors #1
Gags & Reef Donkeys on FIRE
In our Florida there is always something to catch 24/7 twelve months out of the year. When one season closes another opens. We in Central Florida are fortunate to have a large population of the hard fighting, great eating, gag grouper. Gags can be found in the western Atlantic, primarily from North Carolina to the Yucatan Peninsula of Mexico, the Gulf of Mexico, and even in Tampa Bay. Young Gags are predominantly female, transforming into males, as the grow larger. On the Florida Middle Grounds spawning takes place from January through March. The IGFA World Record gag, 80 pounds 6 ounces, was caught October 14, 1993, by Mr. Bill Smith of Destin, Florida.
August is hot, very hot, in Florida; so is the fishing. How good is fishing in the Sunshine State during one of the hottest months of the year? Welcome on board Madeira Beach's Florida Fisherman ll as we find out together.
Let's go! 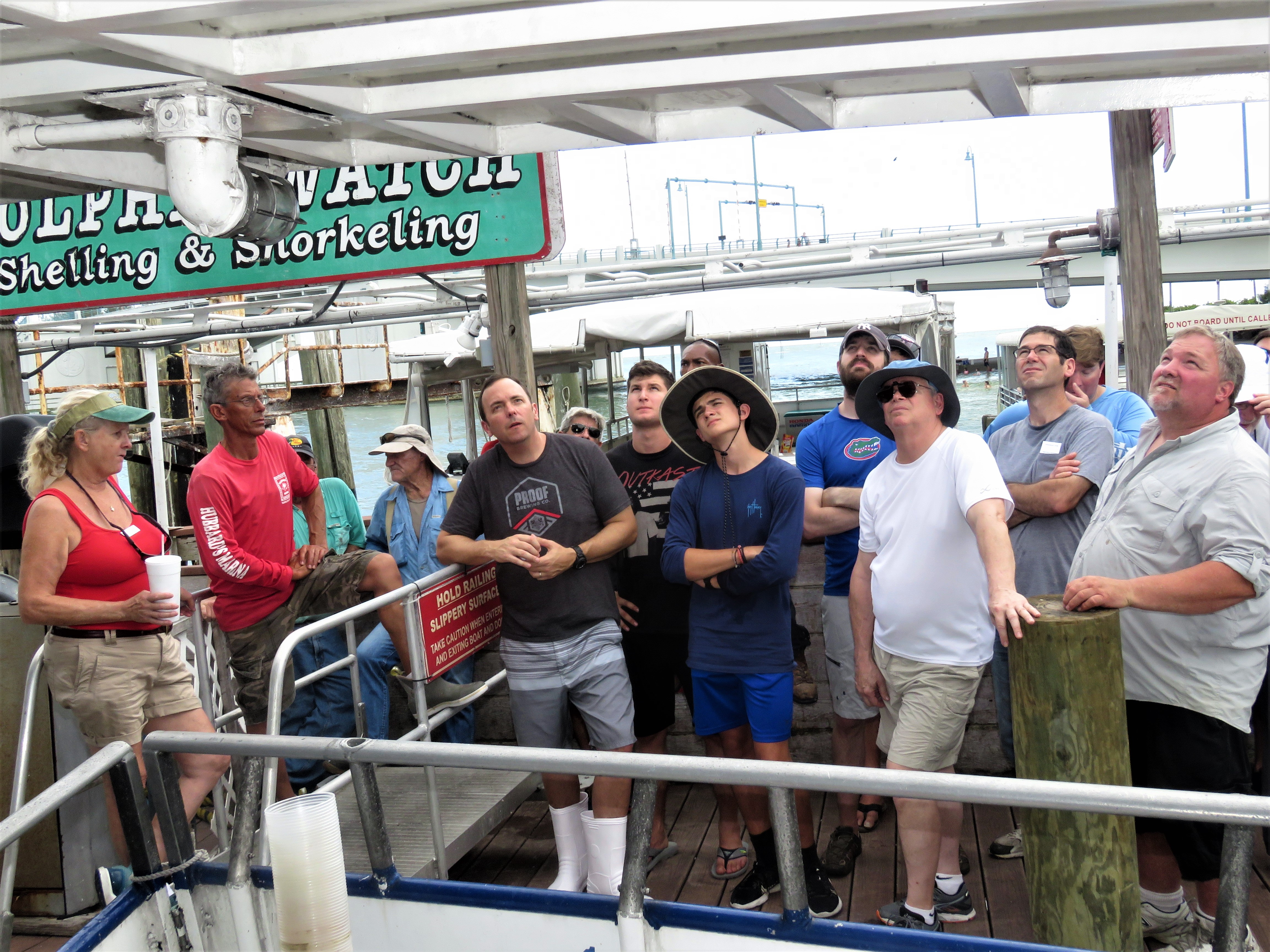 Our trip begins with with Captain Dylan Hubbard filming what has become a weekly tradition:

Will the Florida's first mate hit the pole? Only one way to find out, watch Will go for the gold 1:46 into the video at the end of his report.
Will is a very involved first mate. He makes sure we are good and ready for the fights sure to come, ready for, 'Gags & Reef Donkeys on FIRE'! 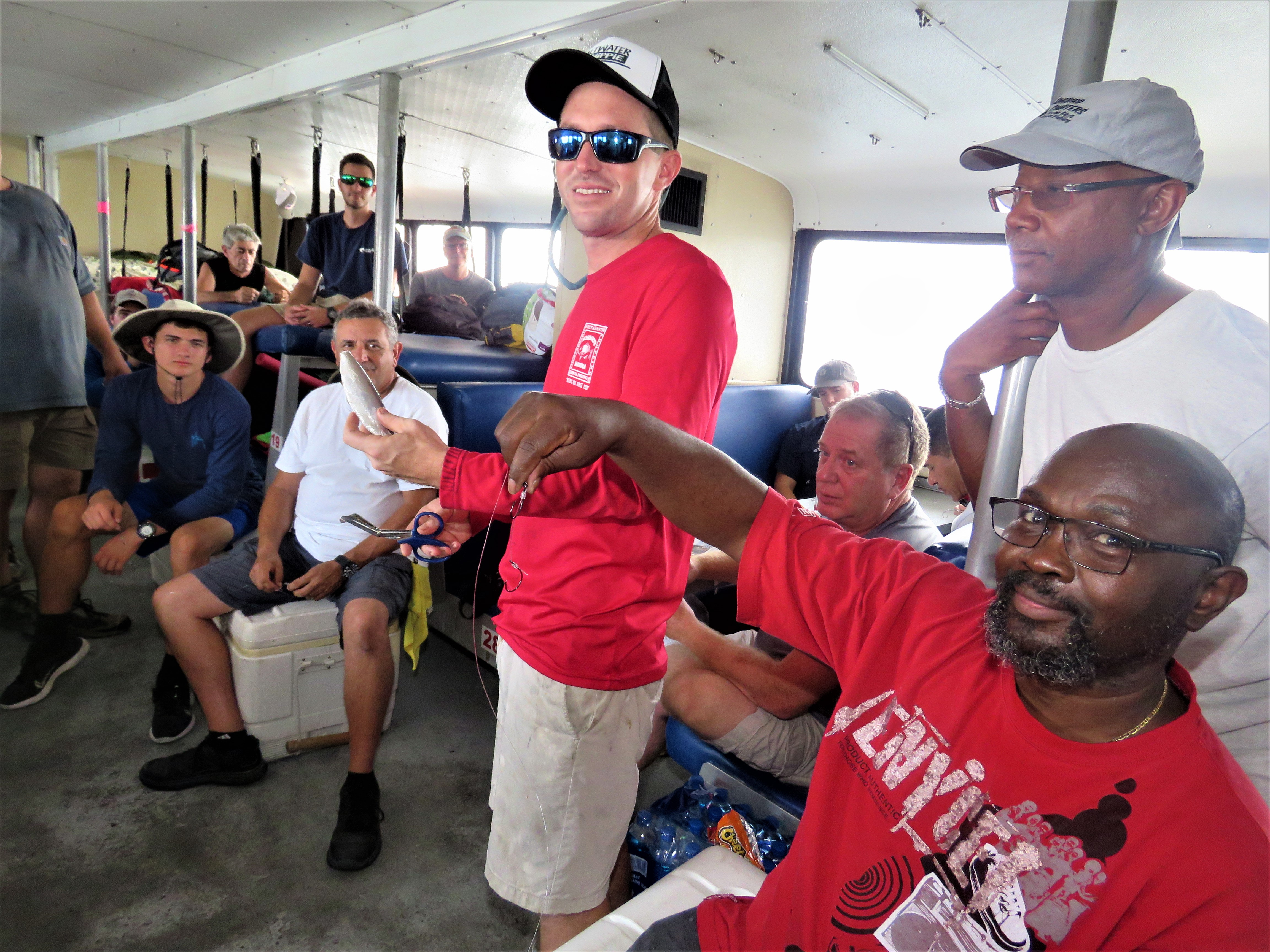 These overnight, deep-water, extended trips are for serious anglers, anglers who take their fishing to the next level. How serious is the Florida about catching fish, a lot of fish? Ever hear of a fishing coach on a head boat? Enter Florida native fisherman Mr. John Martin. John has spent a life time fishing Florida waters. He is an expert's expert who loves to share his vast knowledge. John not only tells us how, he shows us. John leads by example: 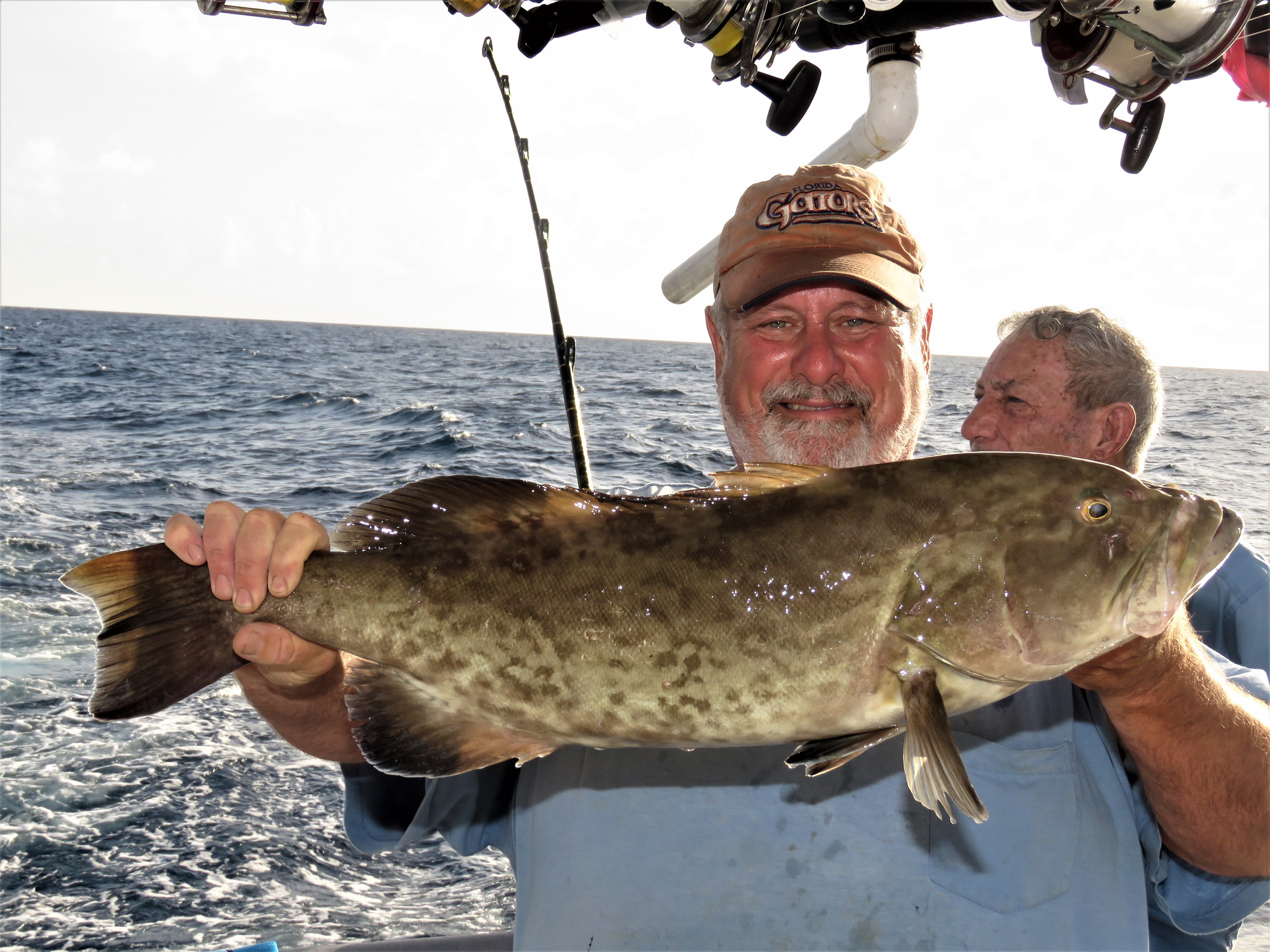 Nice Gag! Wait until you see what our Coach does to the, 'Donkey of the sea'.
The Gags are plentiful: 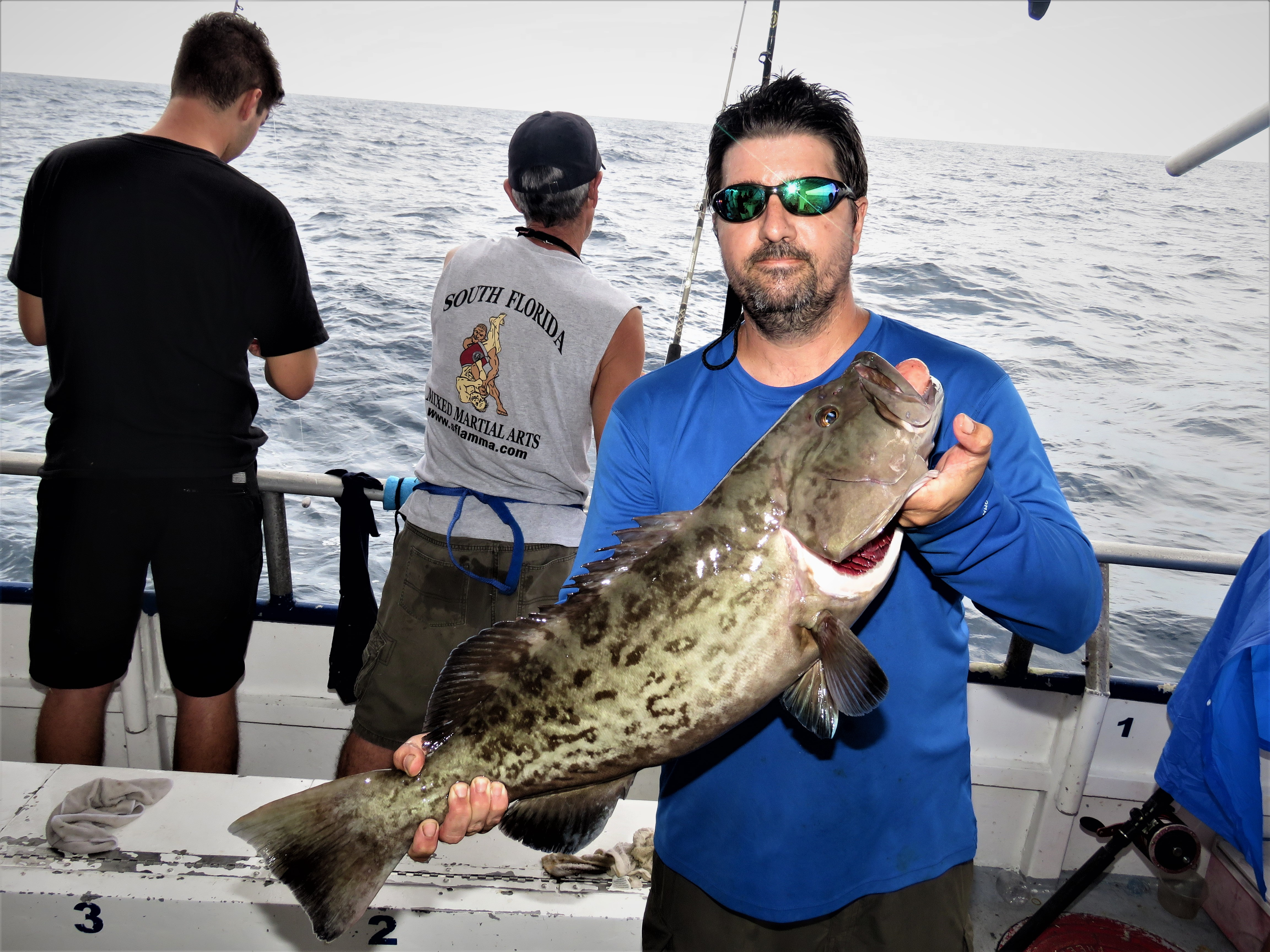 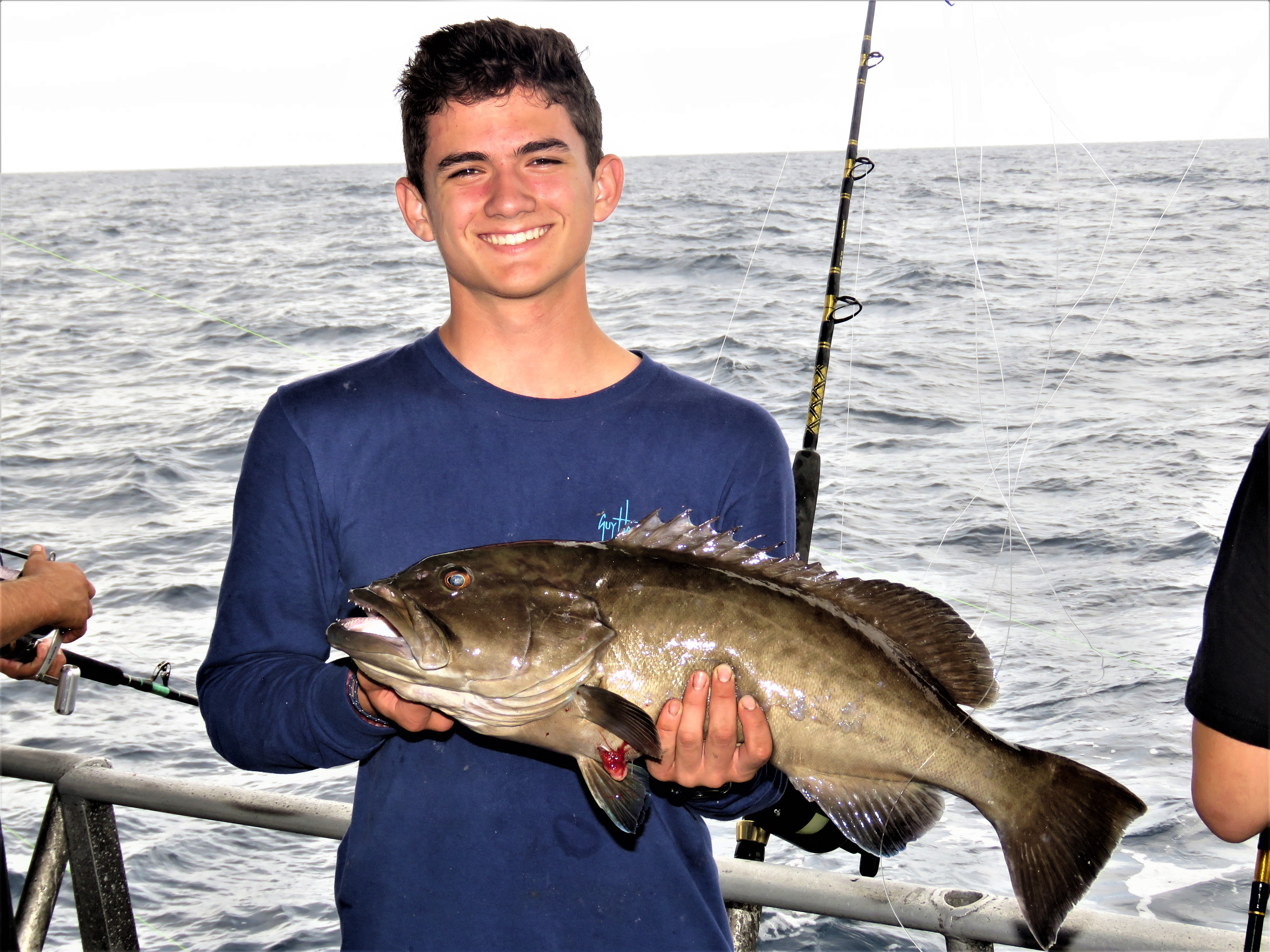 In addition to gags, Red grouper and Tuna also provide plenty of action: 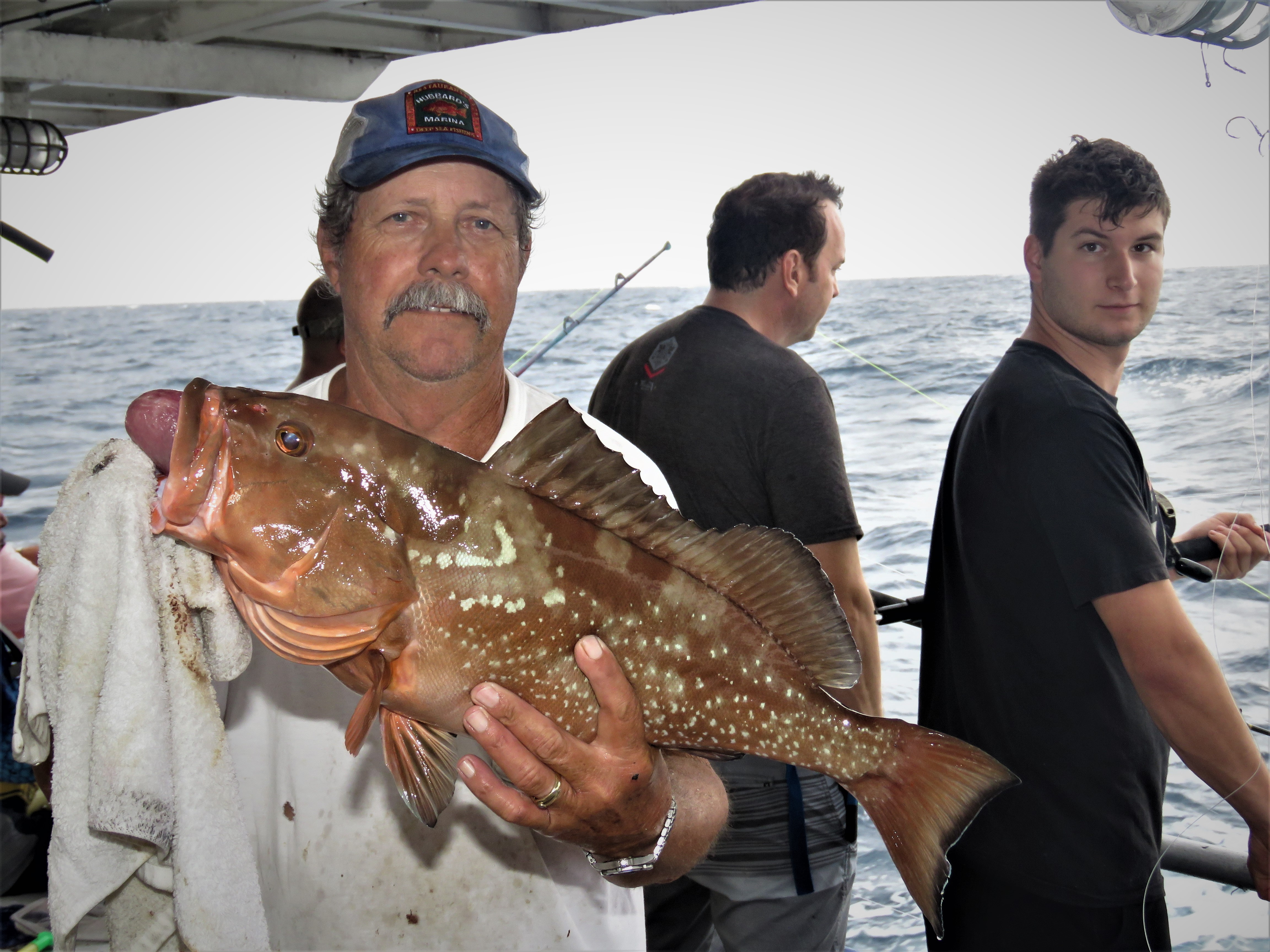 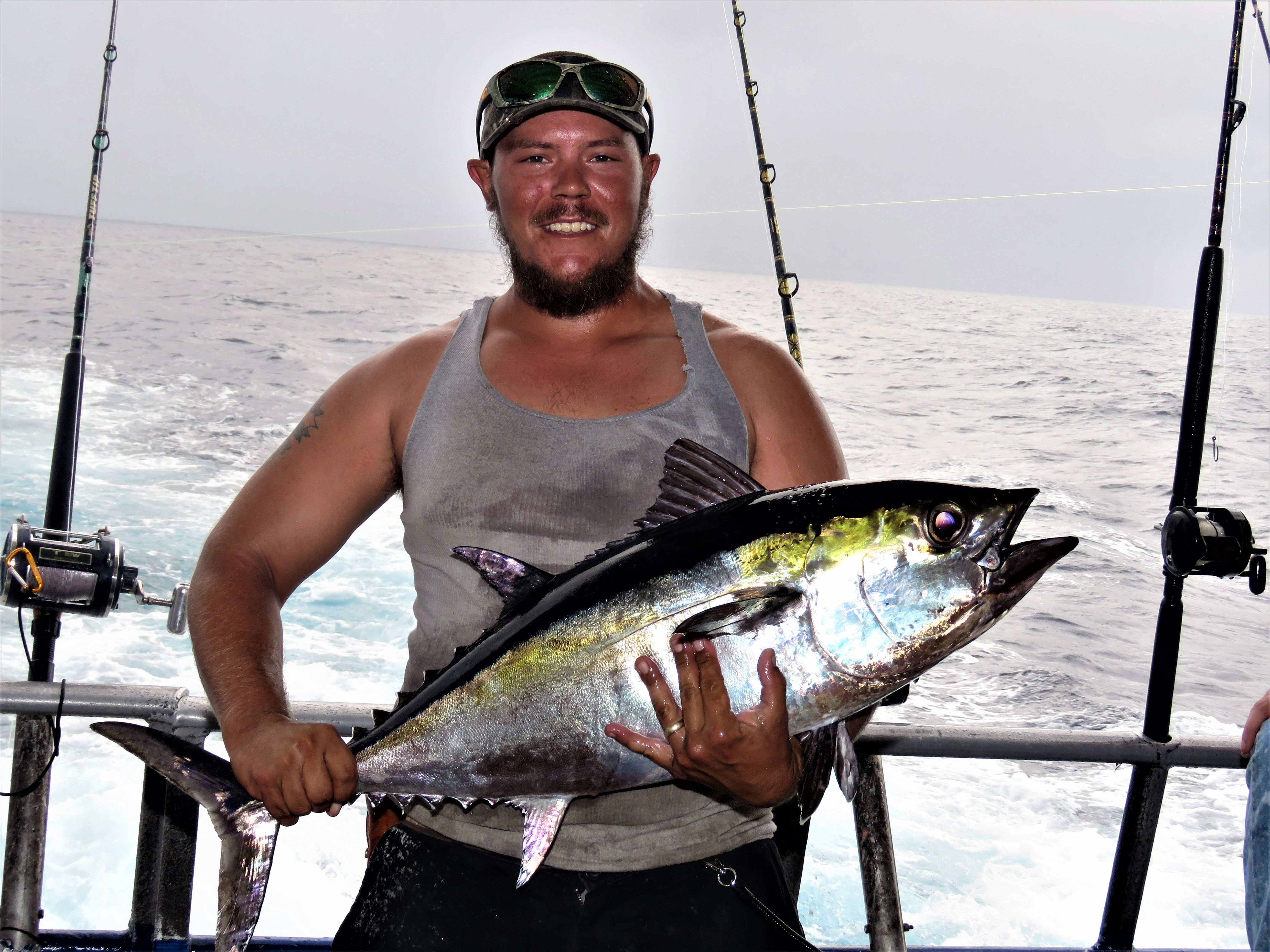 No problem, it's Tammy time. That means the best burger ever to grace planet Earth, followed by a long, comfortable, nap: 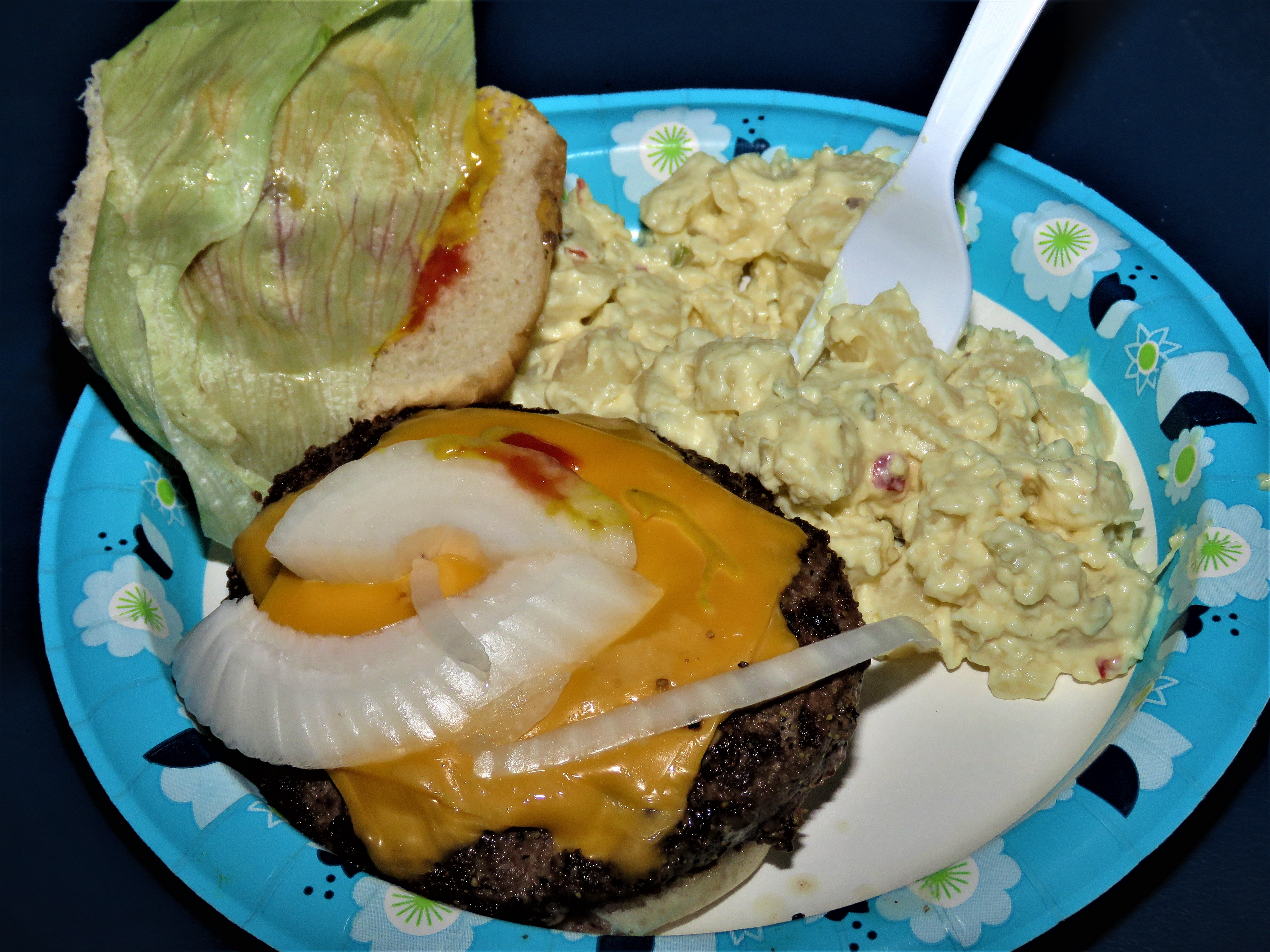 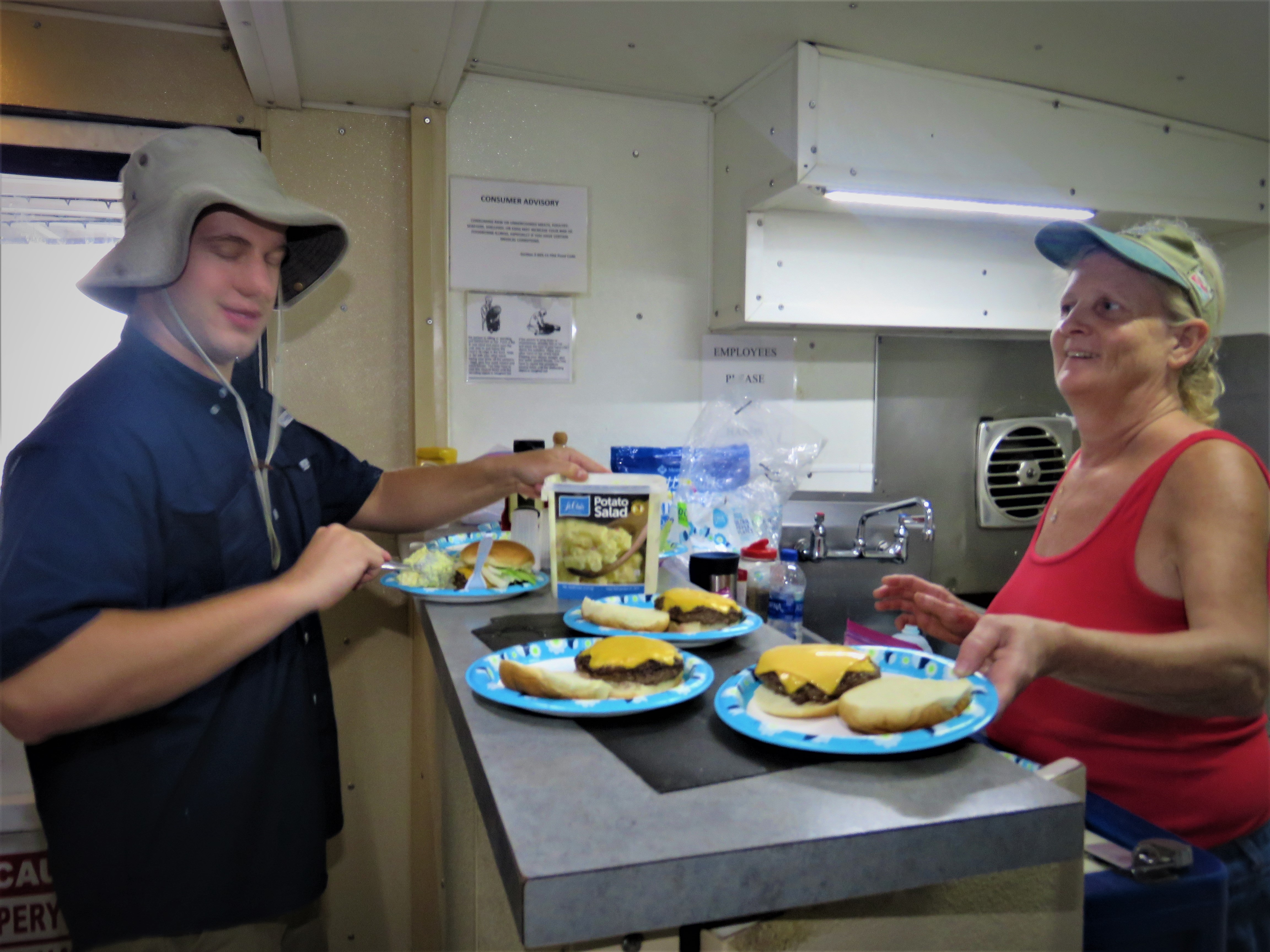 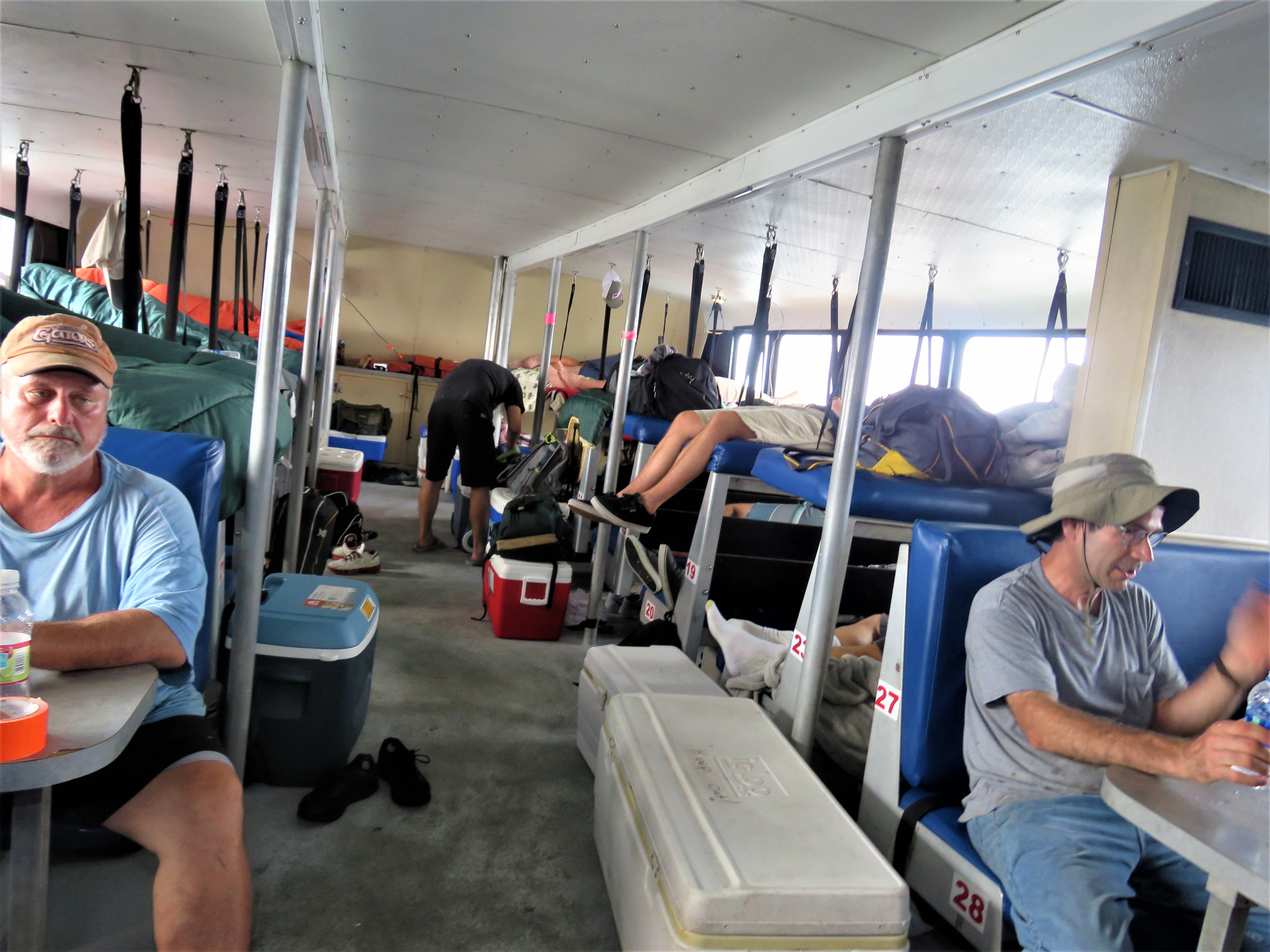