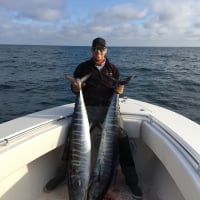 Maverick Posts: 733 Officer
July 2018 in Northeast Fishing Reports #1
Little late getting this posted. Have been out of town. Got out on Saturday with hopes of getting on a mango bite. Started the morning jigging up a well full of sardines, greenies, and small blue runners.  Pointed her east and made our way out about 60 miles.

Worked hard all day to find a consistent bite. Most spots produced some decent fish but it was never on fire. Worked depths from 130 to 180. The usual suspects of triggers bees and pinkies. Caught some of the biggest bees and pinks I have seen in a while. Eventually dad managed to stick a solid mutton between playing with jacks. 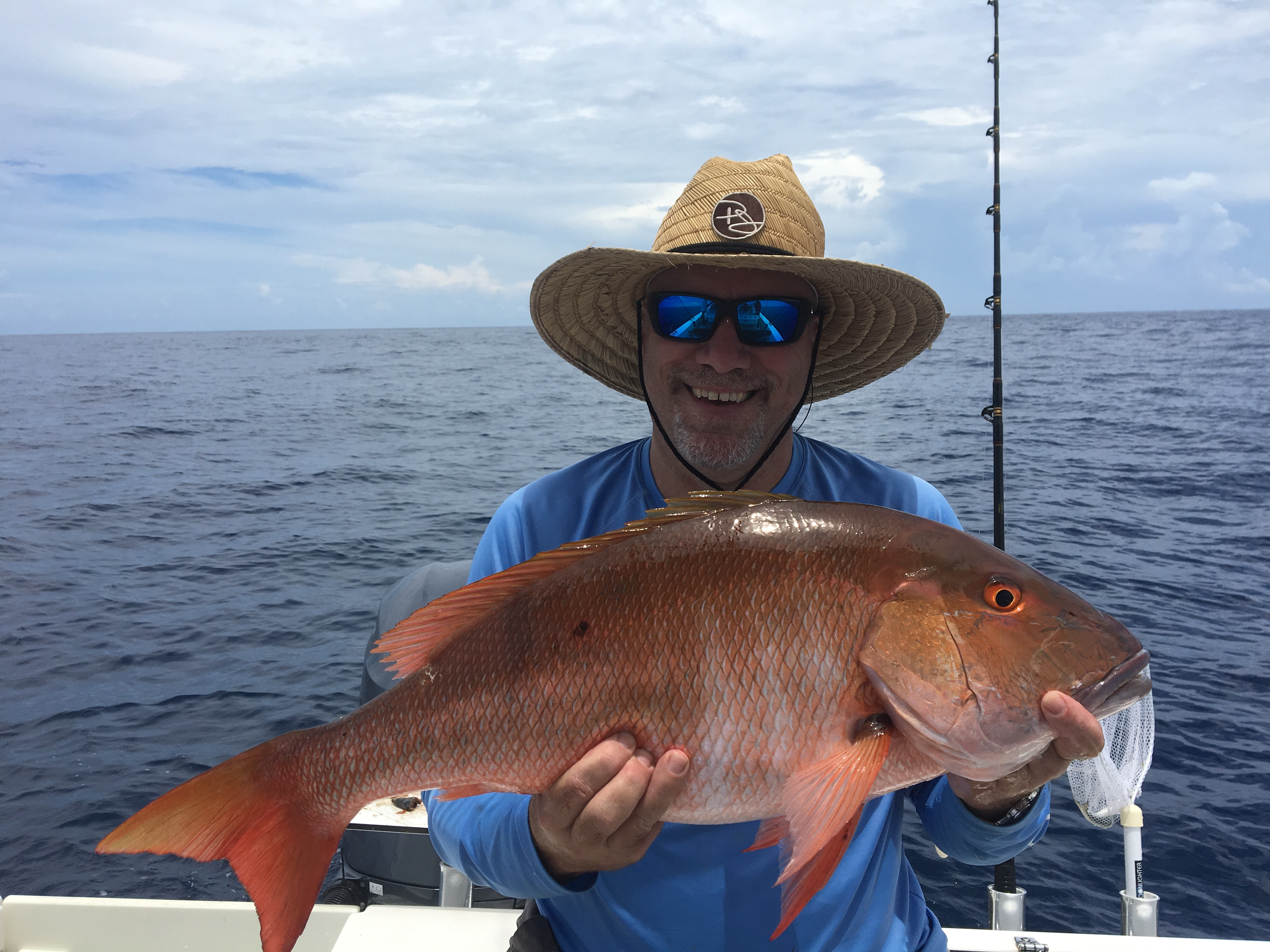 We we had a decent box and decided to check one more number on the way in. Before we even got to the number I ran over a small ledge that was absolutely lit up. We turned around and starting throwing bigger triggers into the box.

I decided to throw down a big bait and in seconds it got smacked by a nice scamp. 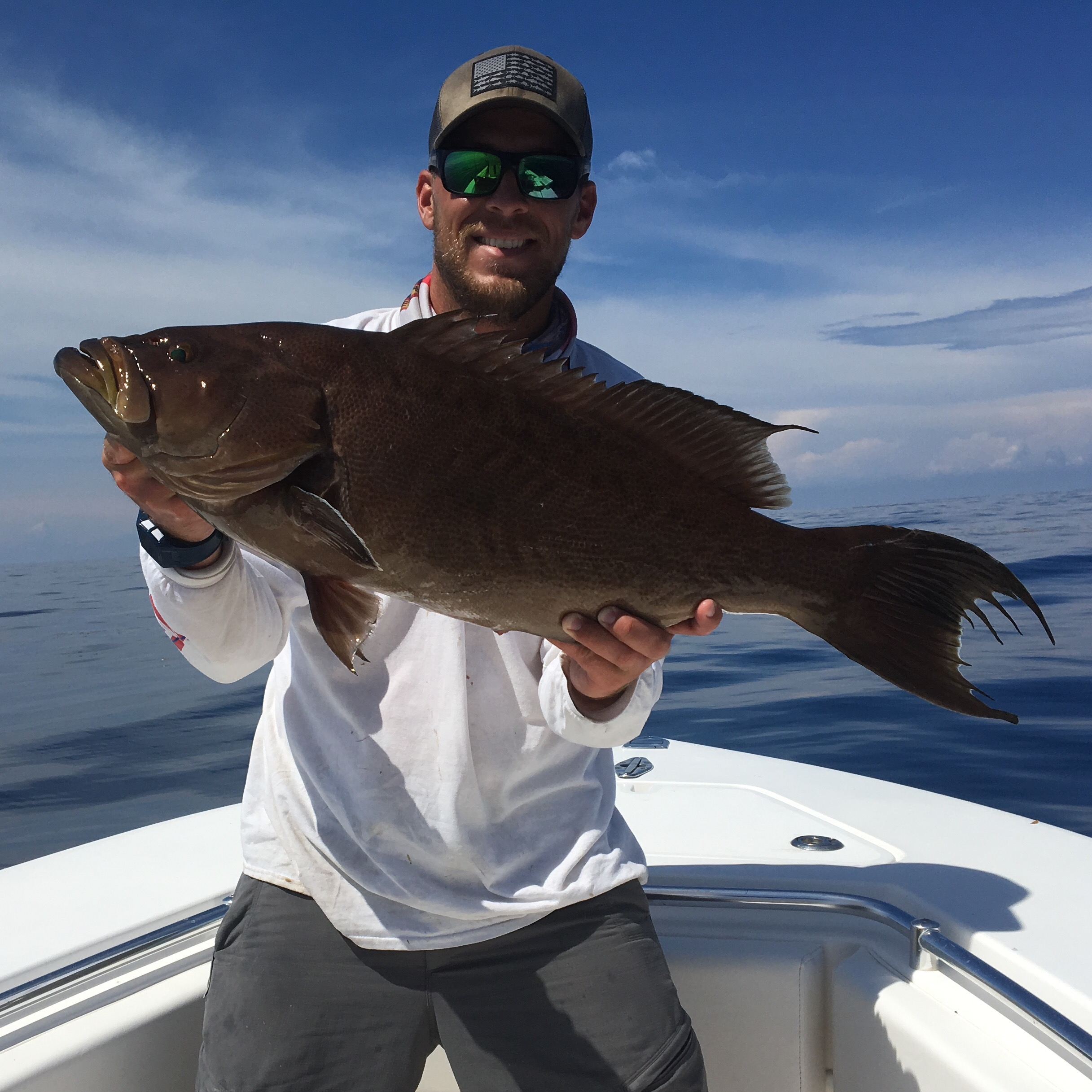 Told my buddy to drop a big bait and he gets smacked.
Scamp number 2 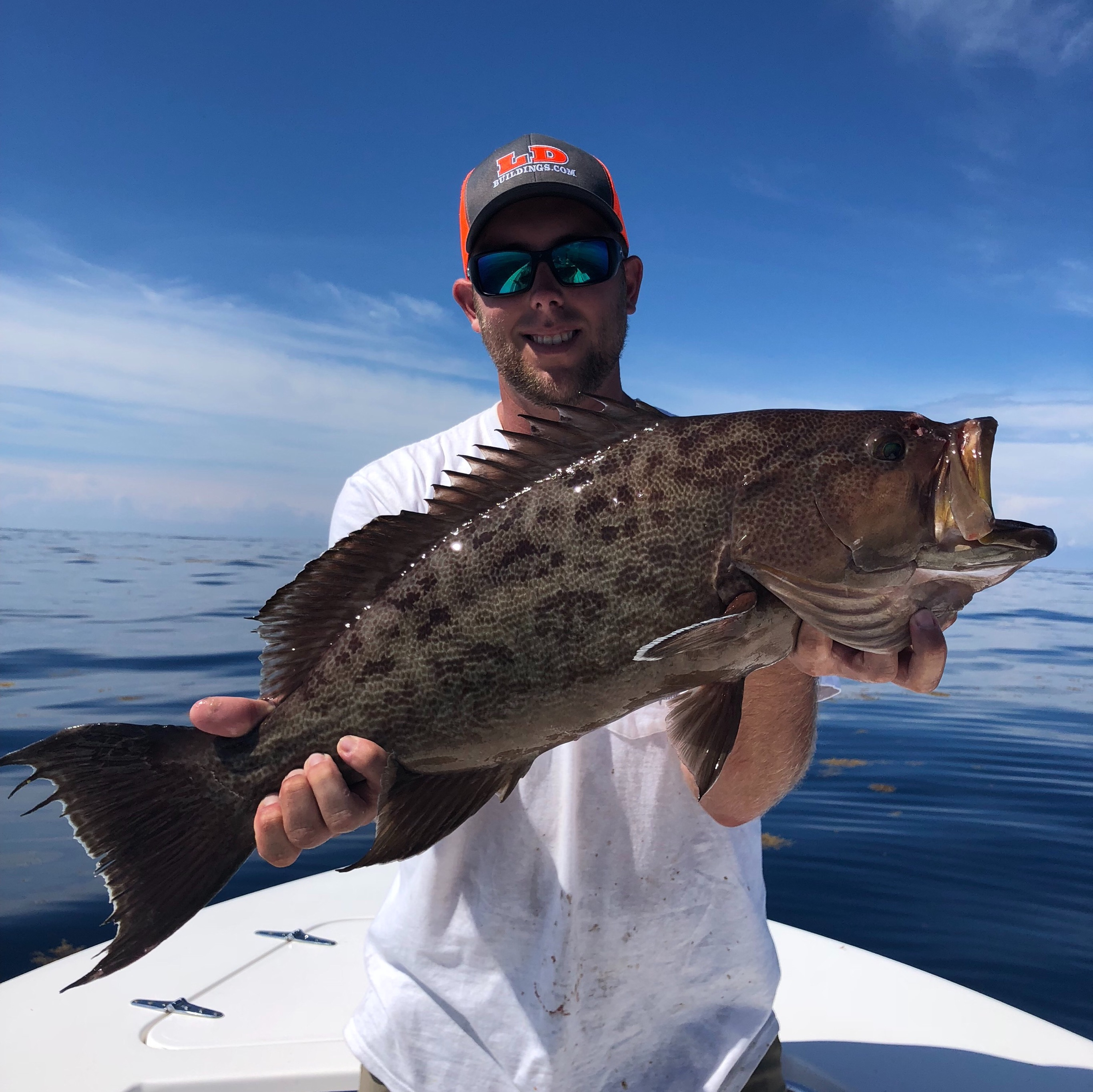 Told my other buddy it was his turn and he sinks down the big rod and brings up the biggest scamp of the trip. 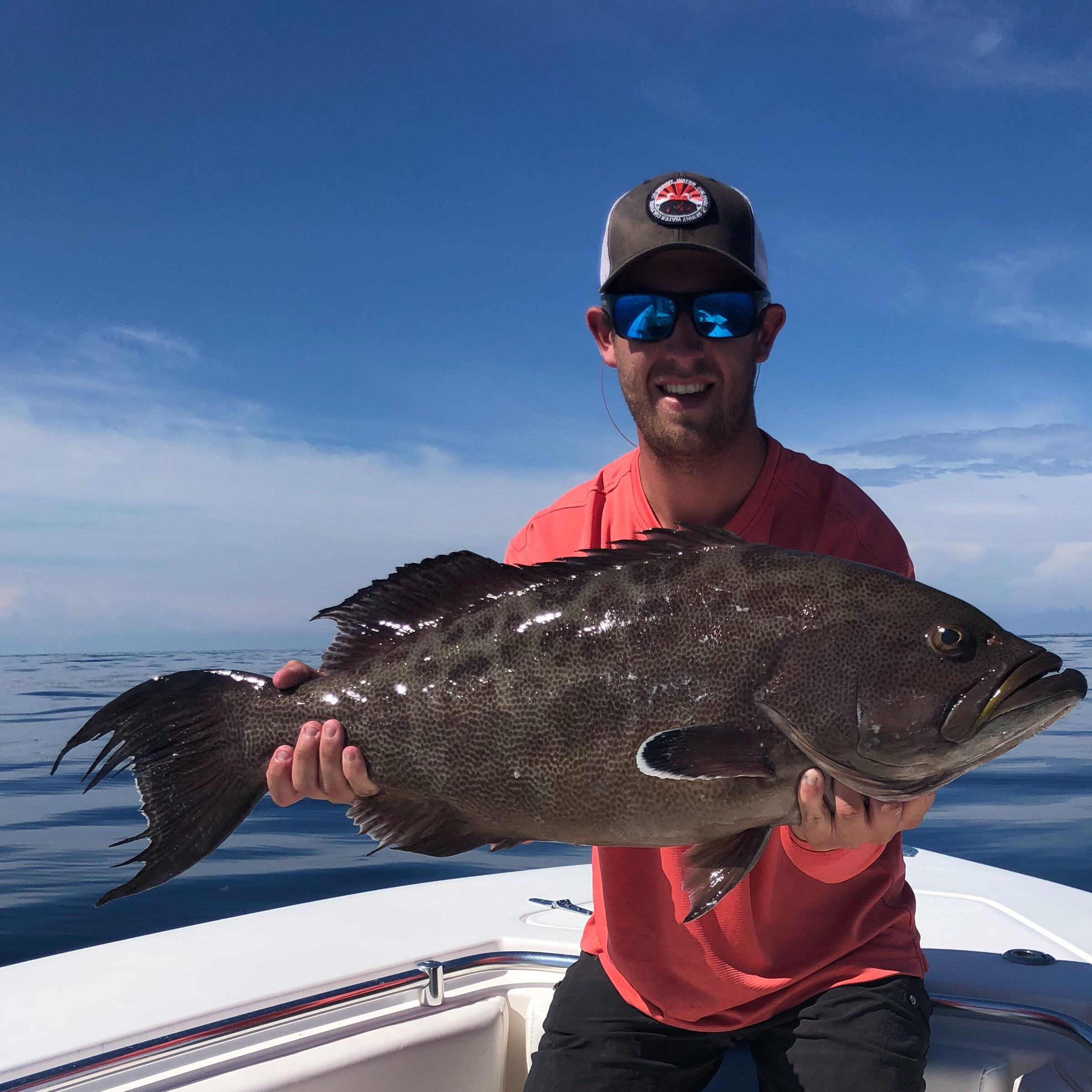 After that we decided to head for the hill with a full box of fish. Smooth cruising 40+ all the way home. 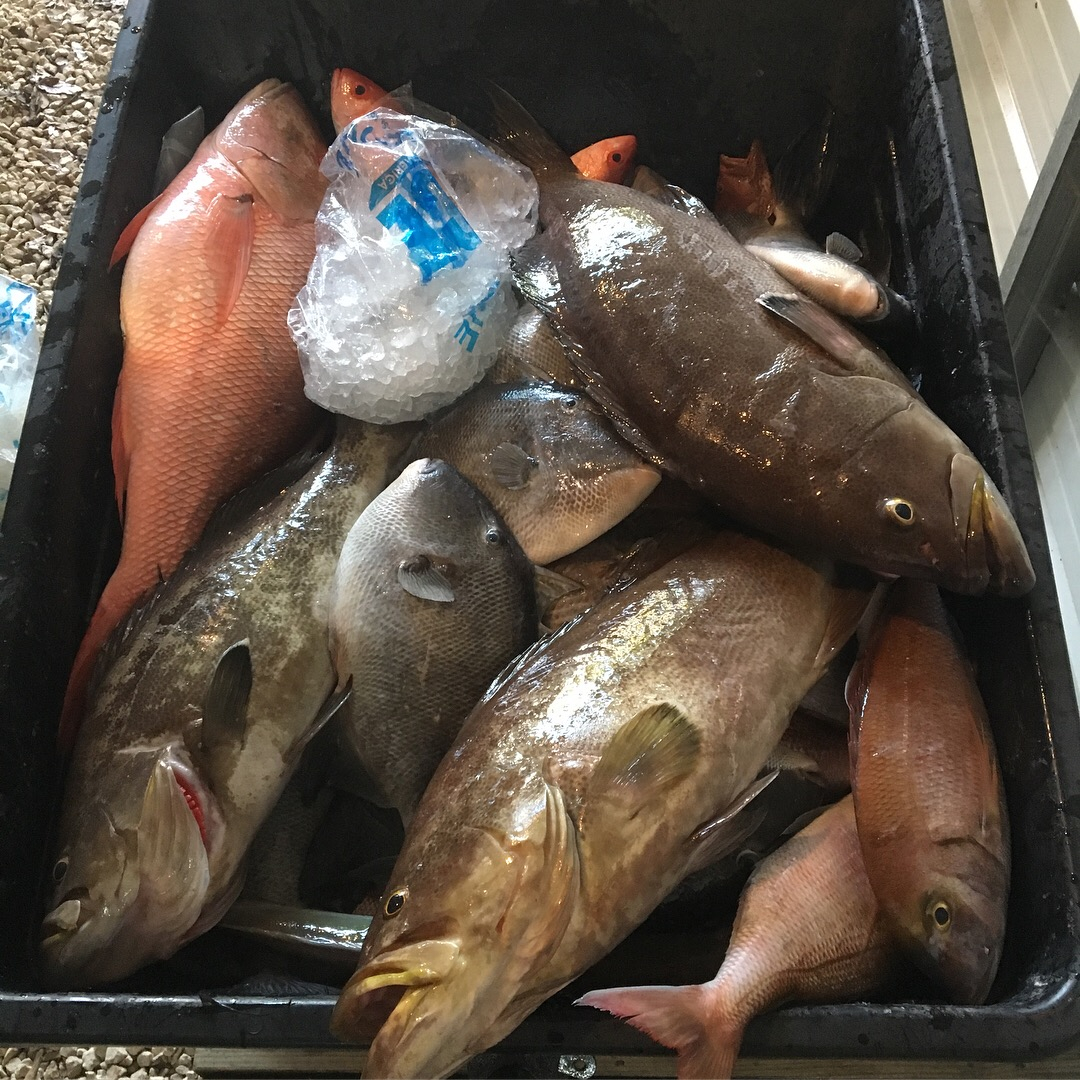