some 1/2 days and some full days...offshore

Capt Dan Medina Posts: 795 Officer
July 2018 in Southwest General Fishing & The Outdoors #1
Took myself some much needed time off for the week of the 4th.  Spent it down in Miami visiting family... After a few days off, the itch was real and I came back early...
Got a call for a 5 hr 1/2 day trip for friday and said sure, why not. Headed out in search of some fish dinner, so we ventured out looking for lanes and anything else willing to cooperate.  Set up in the 60 ft zone and began catching keeper lanes and porgies. Spent the day drifting and managed a keeper red grouper and had a second larger one at the boat that came off right at the surface. 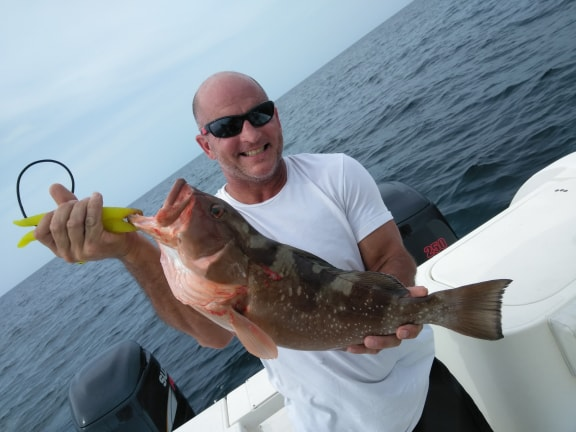 Saturday had a split charter group of 6 join me for a full day deep trip.  We headed out in search of American Reds, Grouper and anything else willing to play. We set up in the 170 ft range.  We picked up a few snapper here and there, putting together a decent limit of American Reds.  We picked up 3 red grouper keepers, one of which was a real stud pushing over the 30" mark. Boy was it hot out there!   Didnt take as many pics as I should have as I was busy running around baiting hooks, etc. 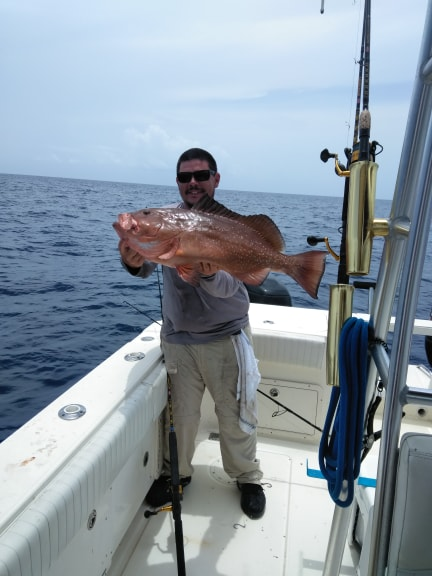 Sunday took a group of 5 out for another deep trip.  We ran out to 195 ft of water.  It was bumpy with a solid 3-4 ft sea and 15+ knot winds... It made the drift nearly impossible.  Had a couple nice hits off the bottom that came unglued.  Ran into a school of decent sized Mahi... Got one hooked up and in the boat with a second bigger one in the 15-20 lb class that came unglued right next to the boat.  Picked up a cuda as well. couple guys got quesy so we made the ran back in shallower.  Stopped in 110 or so where the seas laid down and we worked on vermillion and lane snappers. A handful of nice big hits that unfortunately broke off or came unglued the way up.

Tuesday had a 1/2 day nearshore trip. We worked on lane snapper and porgies, but we couldnt ignore the huge schools of bonita that were working the glass minnow schools.  We Pitched a flutter jig thru them and hooked up multiple times. We then switched gears and trolled with a spoon and the jig getting double hookups on multiple occasions. I was happy to add the bonita to the cooler as they make great cutbait! 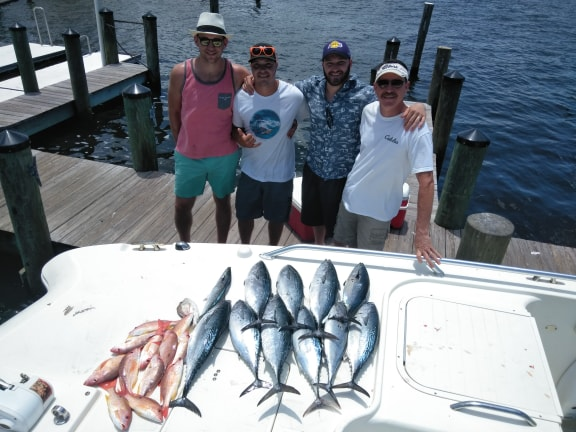 Weds the 11th we headed out on a full day trip looking for some meat for the box.  First stop in 155ish was red grouper after red grouper. Most were of the 15-19 inch variety. We did manage 2 keepers and a couple break offs. Next we moved on looking for some red snapper. marked some good fish but bite was a little off. Knocker rigs and carolina rigs both were getting the stink eye.  Dropped down a jig and it was game on... Thought we had a big grouper but ended up being a really big 30" American Red Snapper. Continued working the area when a school of dolphin showed up (peanuts). there must have been 50-100 in the school. Tried pitching squid and sardines t them to no avail.  chunked up a bunch of bonita into tiny little squares and began chumming.  Got a few to start eating the bonita and pitched in a piece on a hook and got one hooked up.  pitched a second chunk and it took gets eaten.. landed both but the school moved on.  We worked a few more areas with a slow pick at each.  Picked up a really nice porgy and then the ARS fishing picked up.  Every drift was 1 or 2. Lost a nice one to a large barracuda... cuda stuck around for a few minutes and ate a blue runner on a stinger rig... amazing how he just spit it out like he was a magician.  did it 3 times before disappearing.   We continued fishing for ARS and put together a nice looking box before running on in.  Ran into a heck of a thundercloud about 15 miles or so out that was blowing 20-25 right into our face... went from glass to 4s in no time.  Cat ate it up. We even got lucky and didnt get rained on... 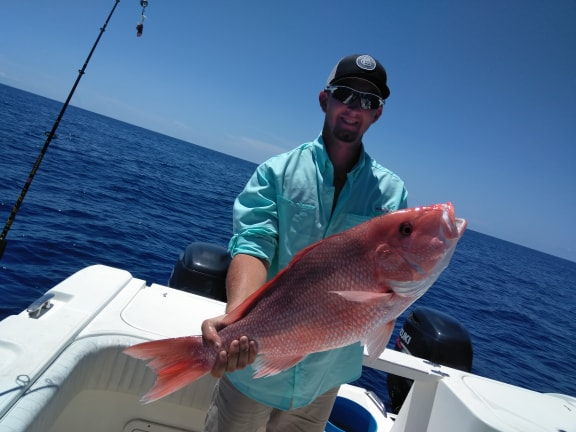 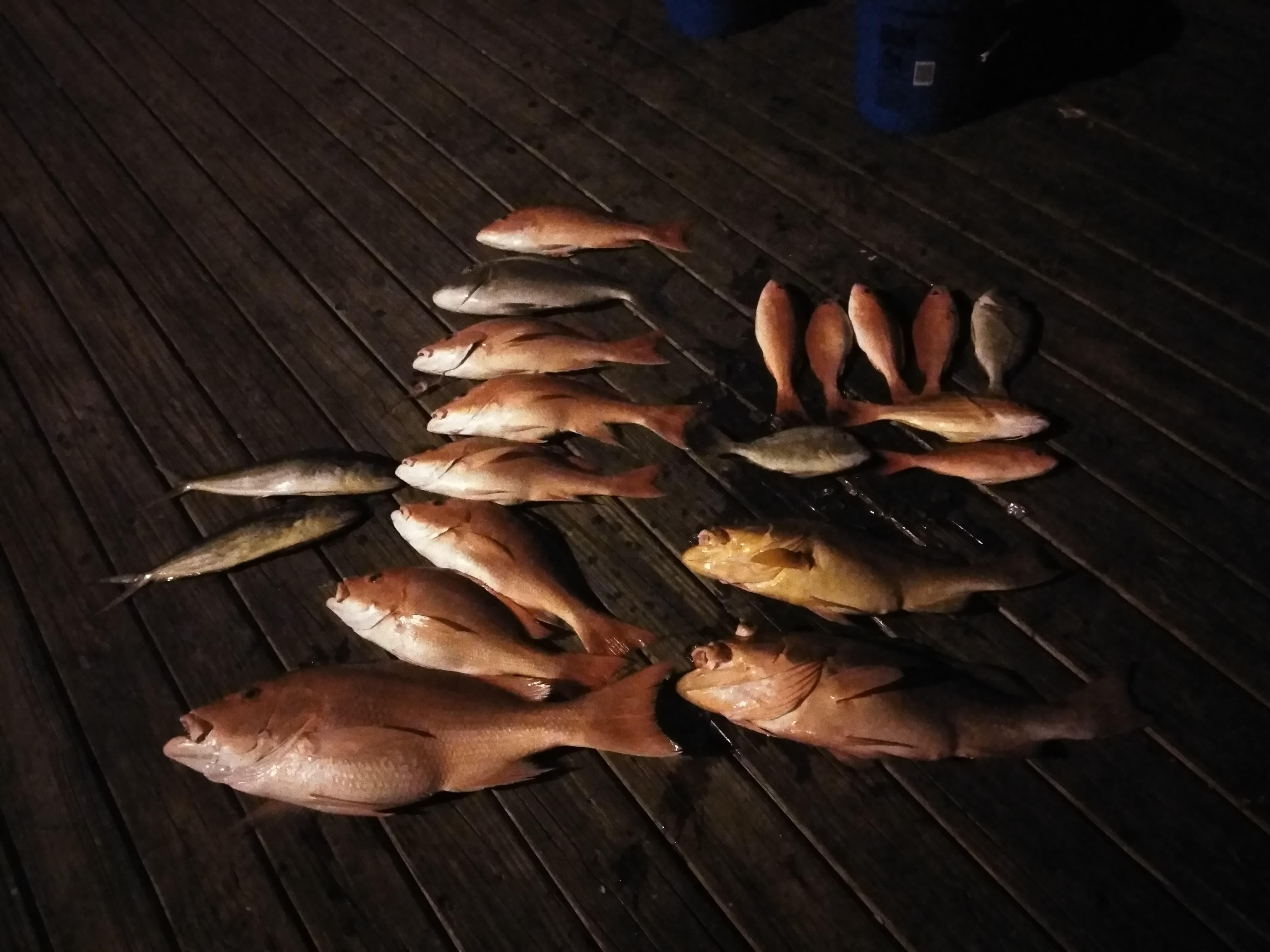 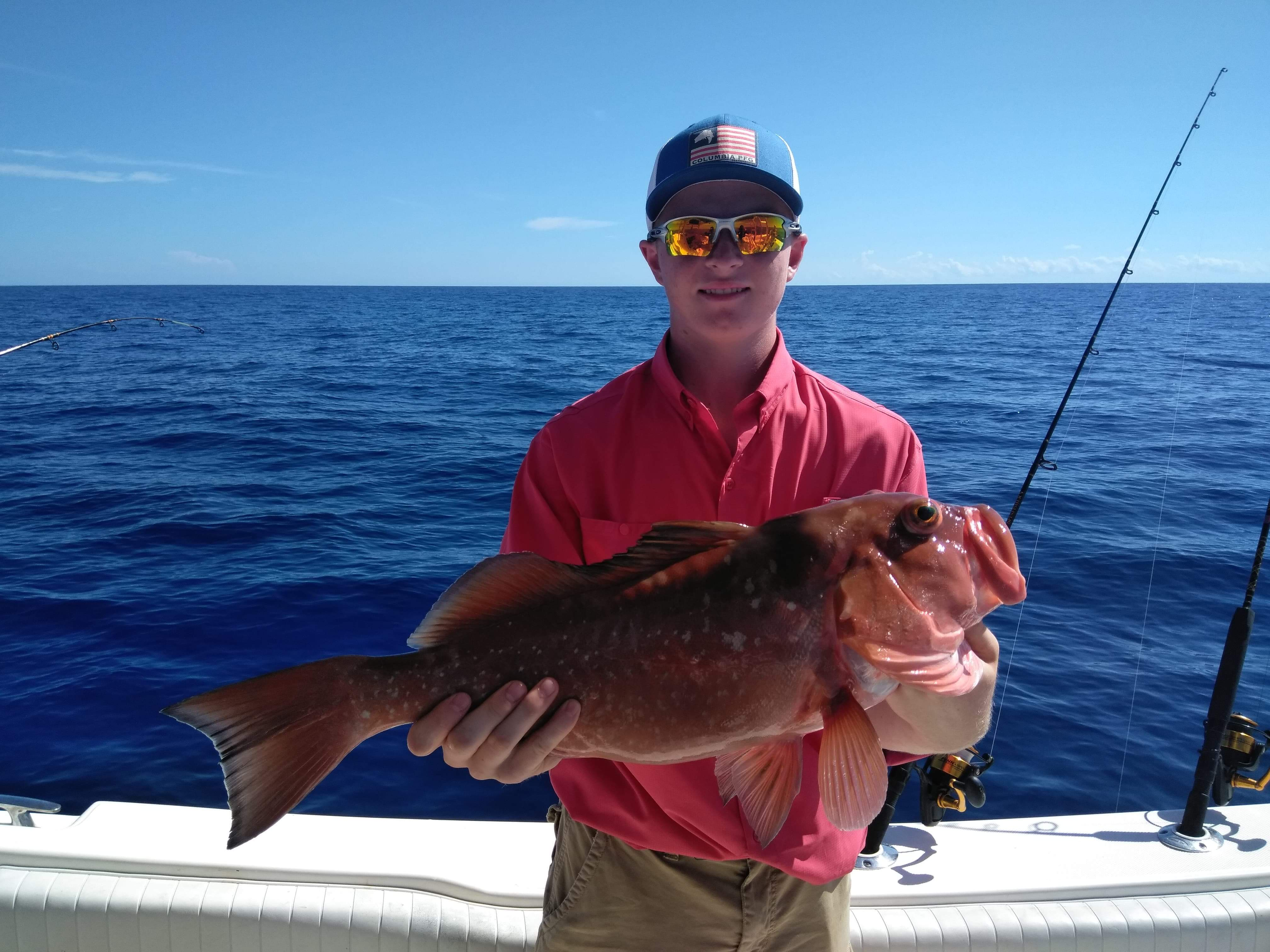