ez3putt Posts: 23 Deckhand
July 2018 in Southwest General Fishing & The Outdoors #1
My niece and her husband came over from Texas to visit my daughter and SIL and they all came down to Cape Haze for some fishing.  SIL had to work Tuesday, so nephew and I left Cape Haze marina about 6:45 AM.  We went south and bought 4 dozen shrimp at Eldreds.  We caught fish every place we stopped either on shrimp or soft plastic.  Nephew (in-law) brought some Deep South jigs and unpainted jig heads from Texas.  He definitely caught more fish than I did using Cal Shads and painted jig heads.  He even caught a shark on one.  Decent day overall, kept one Spanish Mackerel, one trout, and two mangos.  We probably caught 15-20 trout, a bunch of small mangos, and of course catfish (some on jigs), jacks, and lady fish.

On Wednesday, SIL could not get down until 9:00 AM, so nephew and I went north to Stump Pass and bought 5 Dozen shrimp.  By 8:30, we had put 8 Snook in the boat and at least twice that many mangos, and nephew caught a small grouper.  Nephew asked what it was and I told him it was a grouper, he said that grouper and Snook were both on his bucket list and he caught both in the same morning.  All on shrimp.

On the way to pick up SIL, we bought 3 dozen more shrimp.  Picked up SIL at the marina and headed south. No more Snook, but the trout bite was on fire.  We probably caught fifty trout, but only three over sixteen inches.  We ran out of shrimp both days, but fished artificials until we ran out of beer.  SIL caught another shark on one of the Deep South jigs.

Nephew said Tarpon was also on his bucket list.  I am pretty sure he will be coming back. 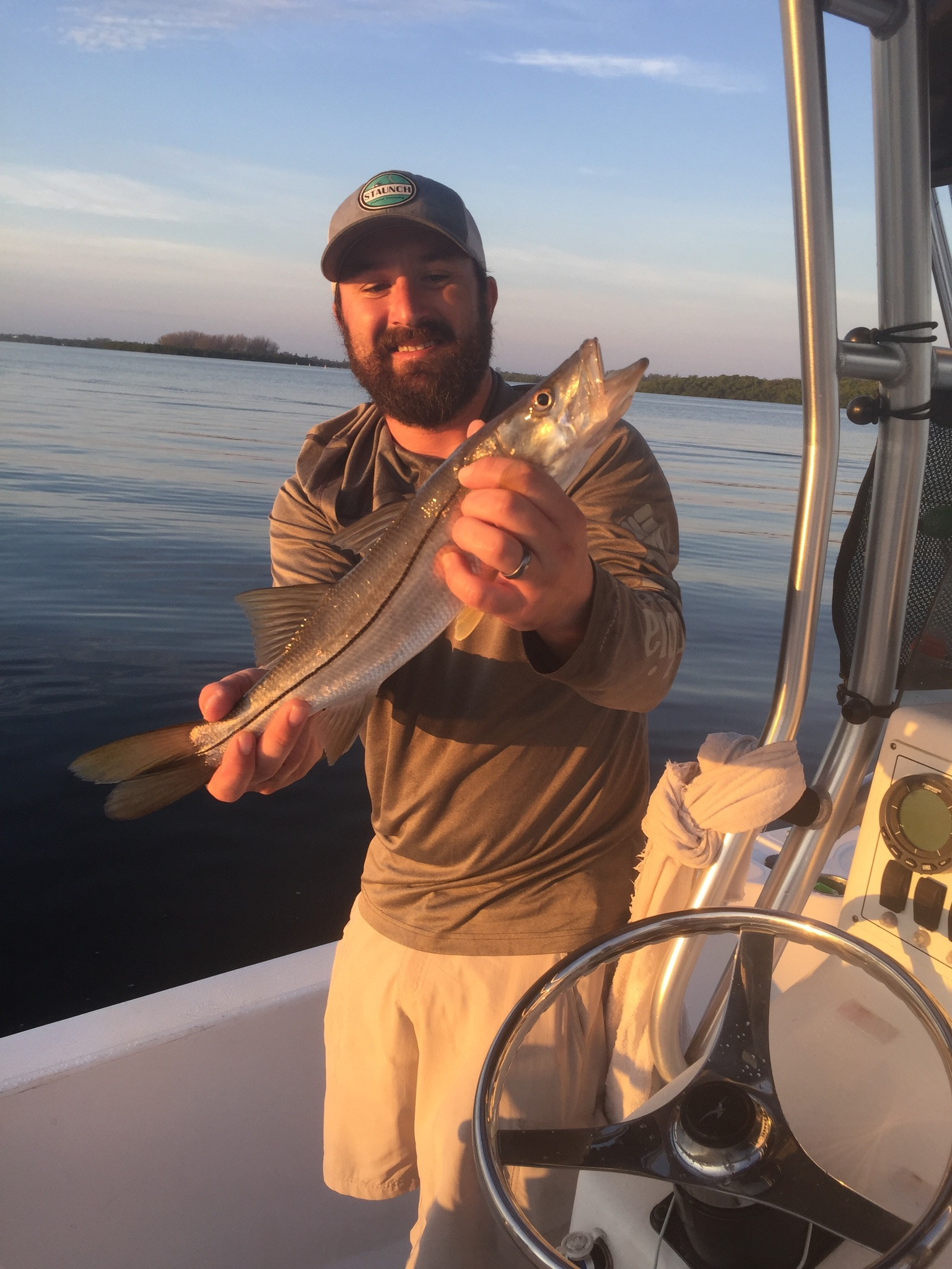 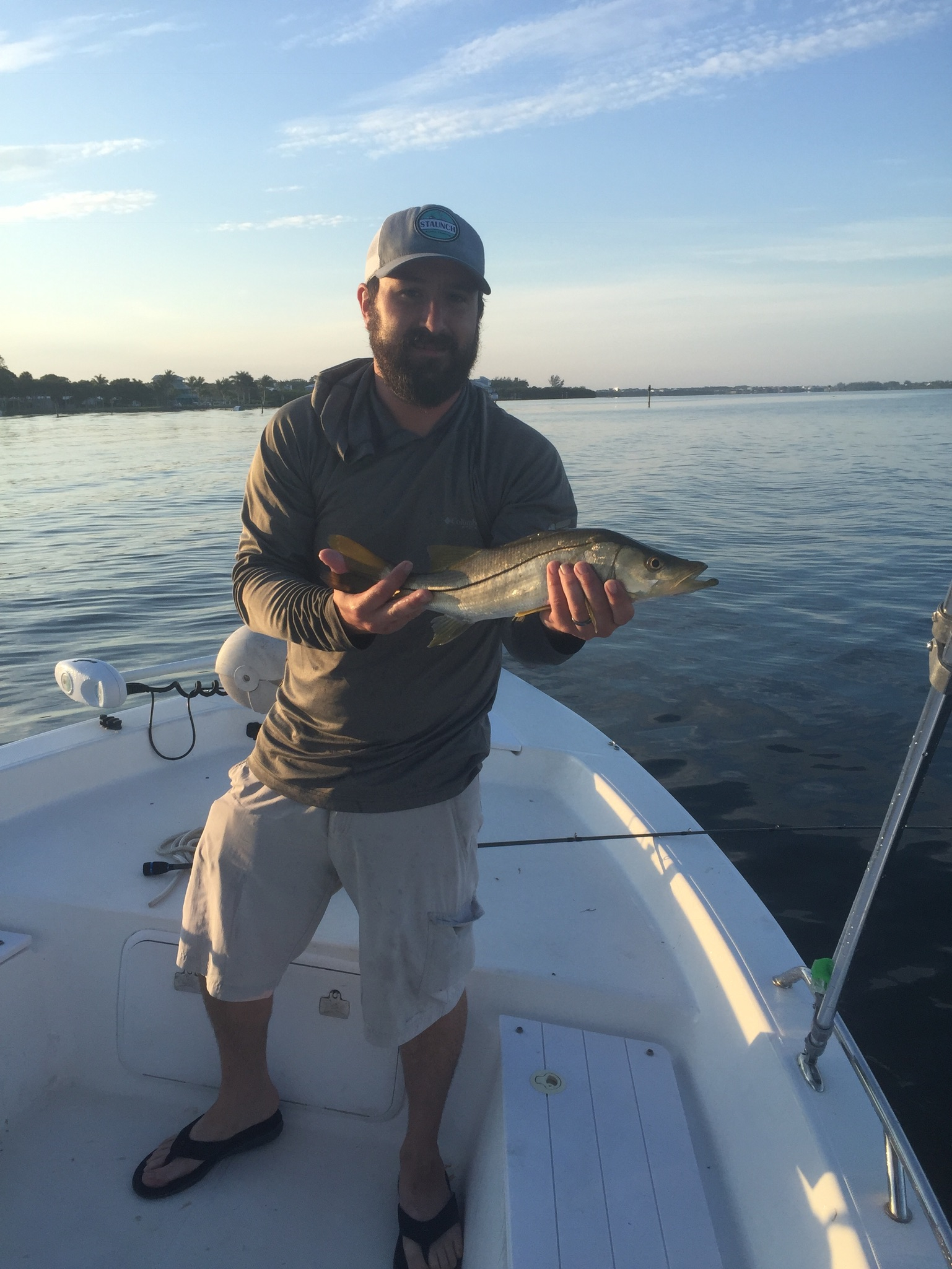 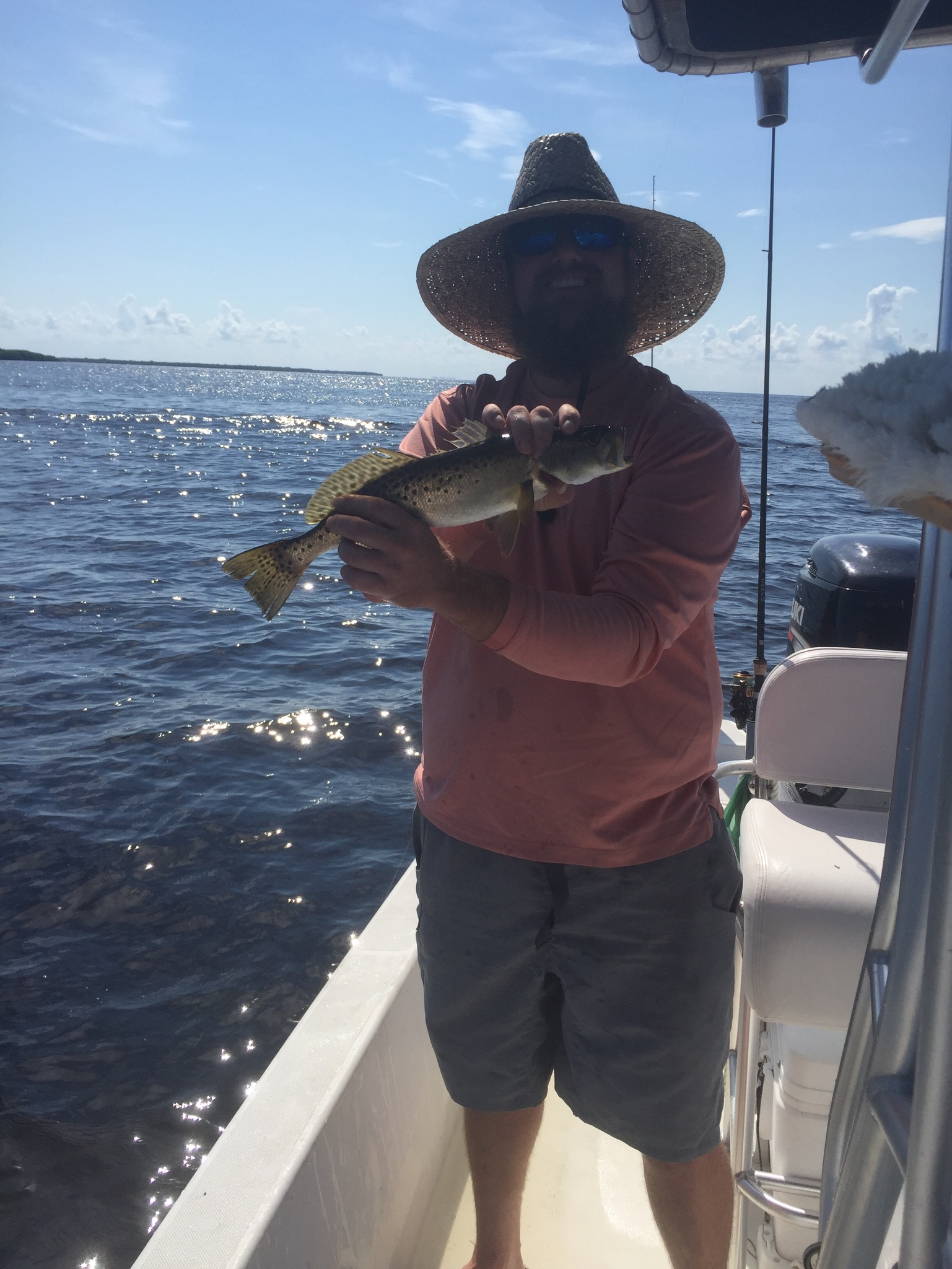