Big one gets caught twice.

mjrudd1 Posts: 278 Deckhand
June 2018 in General Paddle Craft #1
I enjoyed a week of tarpon fishing in Tampa Bay again this year. Fishing and weather were great. One of the medium sized tarpon wore down quickly, released in about 15 minutes, but he wasn't free for long. As I was resting afterward, I heard a splash and looked around to see a significant sized hammerhead trying to catch him about 100 yards away. I quickly pedalled over and got the second catch on my Gopro - looked better in person but still not bad on video. The shark sat on the bottom under my yak for awhile - in retrospect I should have put my camera underwater and might got a better view but it was about 20' down with an outgoing tide so, maybe not. 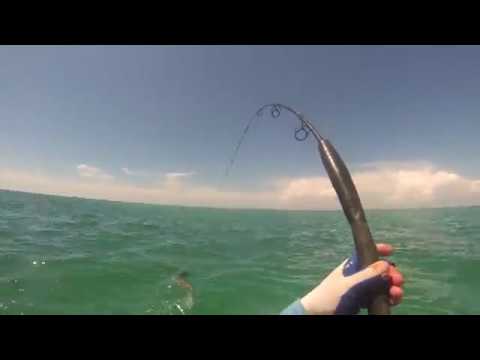