Capt Dan Medina Posts: 819 Officer
May 2018 in Southwest General Fishing & The Outdoors #1
Picked up a father and son duo looking to get some grouper and snapper for the freezer. They were staying at South Seas resort on Sanibel Island.  Picked them up at a few minutes before 7 AM and headed out thru redfish pass. It was a little smokey/foggy, so I fired up the radar and set the autopilot on our coarse... we ran into a nice ball of bait out in the 60 ft range. Picked up about 100 live spanish and scaled sardines along with a couple runners for good measure.  a handful of pins and squirrels rounded out the livewell.  We pushed out and made our first drops in 100 ft of water.  Despite an amazing show on the fishfinder, only a few small red grouper were brought up.  Our lines kept coming up with thick, green moss.... essentially it actually suffocated our baits it was so thick.... We switched it up and made a run a few miles away. we dropped down different baits and again, only some short red grouper coming up.  Moved another 1/4 mile and we were promptly rewarded with some nice fat mangrove snapper. The big one of the day went 22". The bite slowed down and i made another 1/2 mile run to some more grouper grounds.  The tide appeared to finally be moving and we caught 2 nice grouper our first drift. The second drift resulted in another 2 keeper red grouper almost immediately.
Not a crazy bight on the water, but again, some very nice quality fish to show for our efforts. 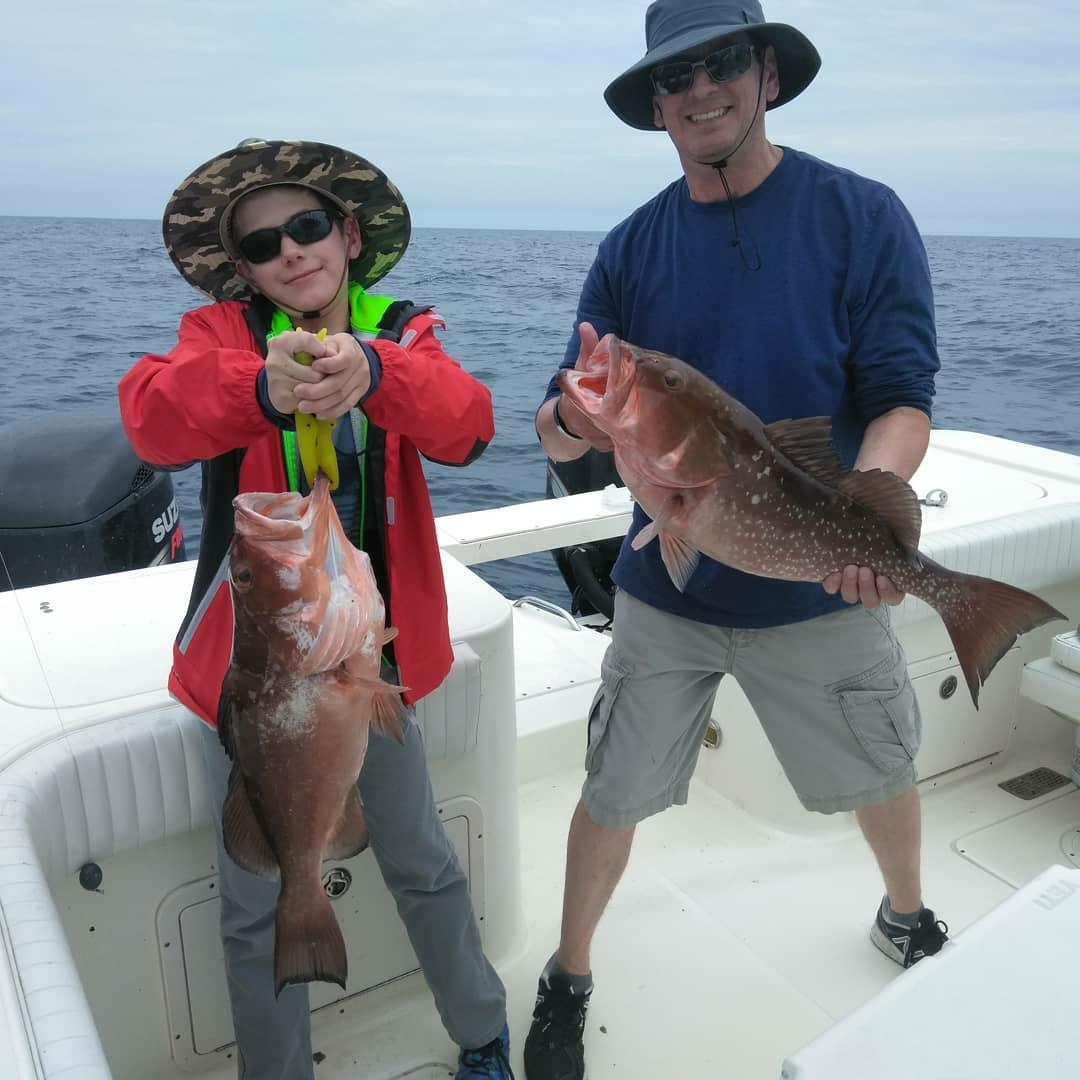 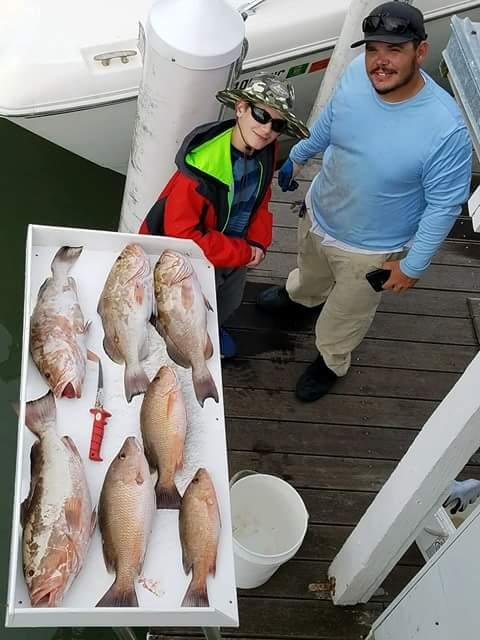