jman122 33478Posts: 52 Deckhand
April 2018 in Southeast General Fishing & The Outdoors #1
Broke inlet at 6:30am with half a dozen gogs.  Found a little patch of sargassum in 90 foot, nothing doing except a blue runner.  Within ten minutes there were four other boats on the small weedline.  Pushed offshore with a trolling spread of a daisy chain way back and a couple of small dolphin feathers.  Pulled in a Skipjack on the daisy chain in about 600ft.  Ocean started getting a little big out there and decided to head back closer to shore.  Trolled from 120-300 for the next two hours with nothing but a couple tiny bonito. 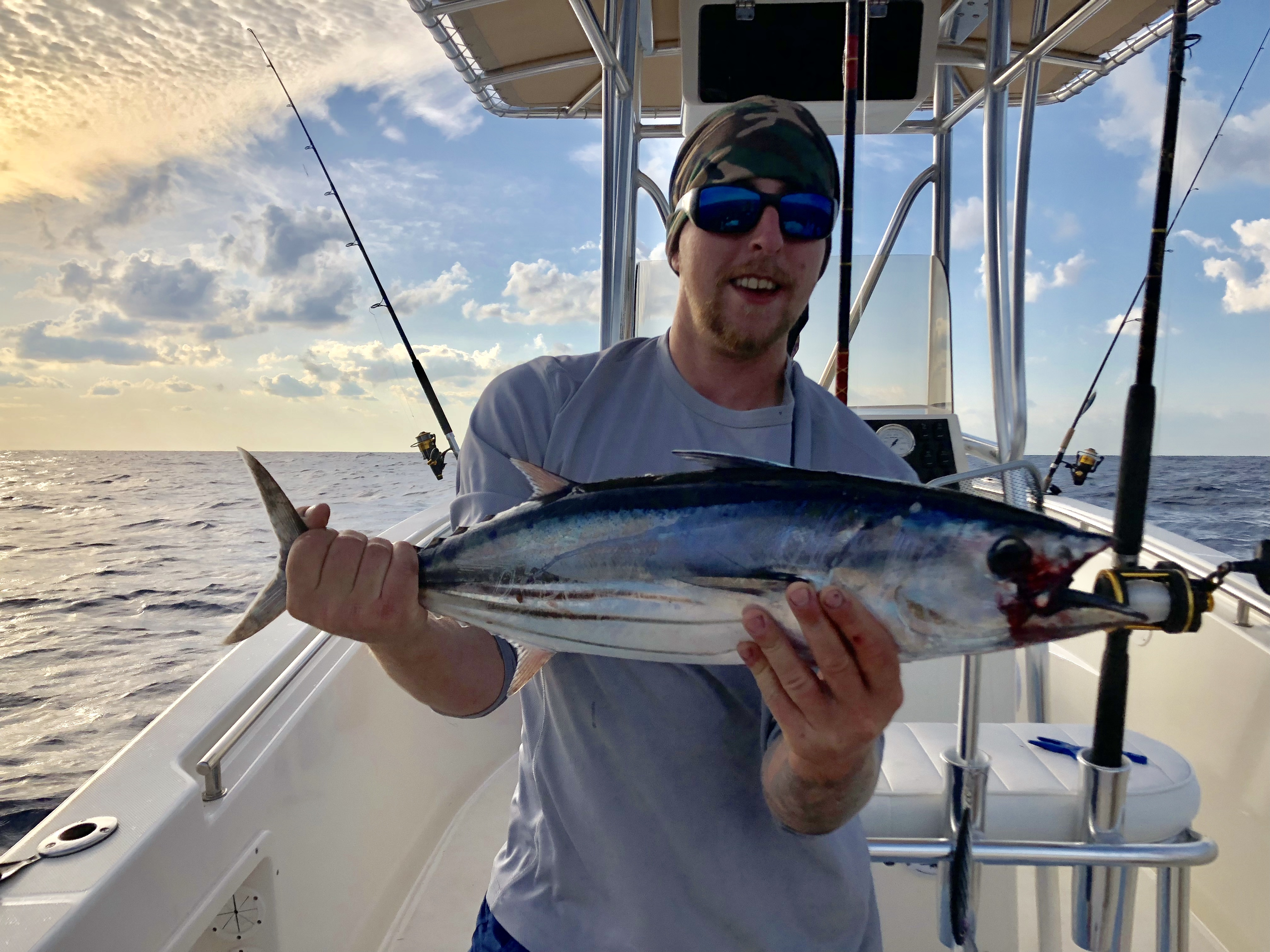 Around twelve decided to head just north of the inlet to drift/bump troll in 100-140.  Put out two of the gogs, had them both go off with probably kings, one got sharked, the other one got off.  Put out some more gogs had what looked like a king bite on one.  Decided to reposition boat and drift.  Put out last two gogs and a chicken rig to try for some bottom fish.  Ended up with two keeper porgy and a lane snapper.  Then we were in a school of rainbow runner, kept two, caught a couple more tiny bonito.  Big turtle comes by, then gog goes off with a bunch of big trashing, whatever it was, was big and didn't stick was thinking a big mahi or sail but didn't see it come out of the water.  Then mahi were around the boat.  Hooked up right away one on a rapala skitter walk the other on a piece of cut squid.  Managed a keeper at 24", the other was around 20" he went back.  Hooked a couple more small ones, saw bigger ones in the mix but couldn't get them, large hammerhead comes in behind the boat, dolphin became finicky and the bite shut down on them.  Called it a day.

Best day I have had all year, wish we could ha 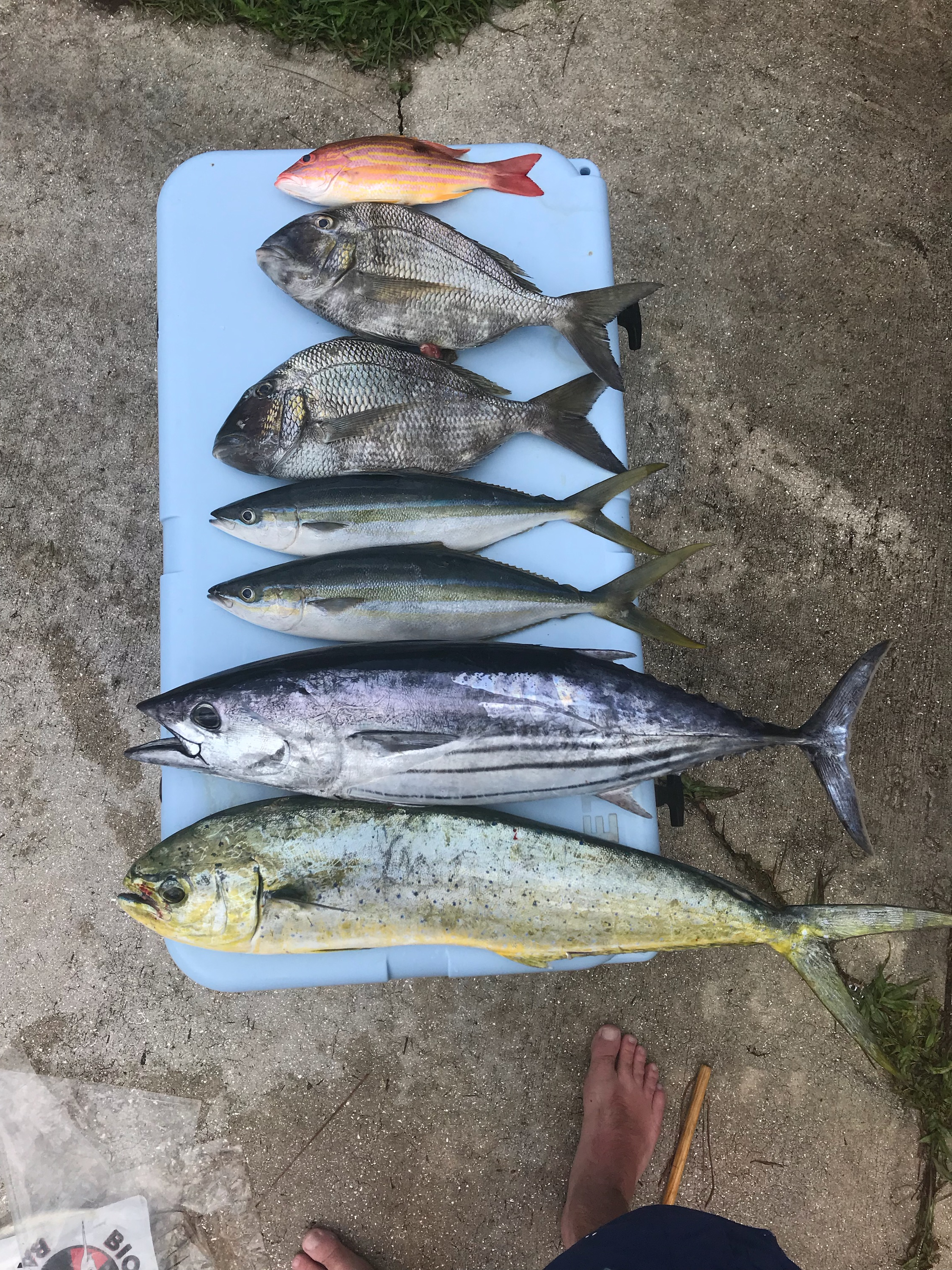 ve gotten a couple of the fish we missed, maybe next time.