omegafoo Posts: 3,127 Captain
April 2018 in General Hunting #1
A buddy and I took a trip out of state last week for a little turkey R&R. Never turkey hunted in Kentucky before and we were given a little info on where we might find some birds on a couple different tracts of public land. After the first morning, it wasn't so much R&R as it was A LOT of hard work.

We were in far eastern Kentucky and it was mountainous! 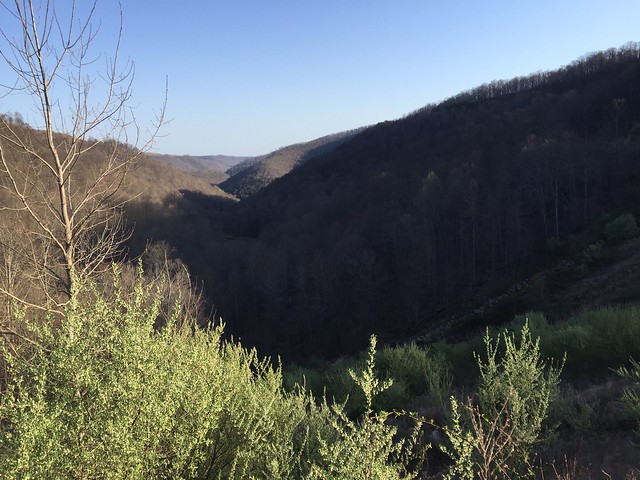 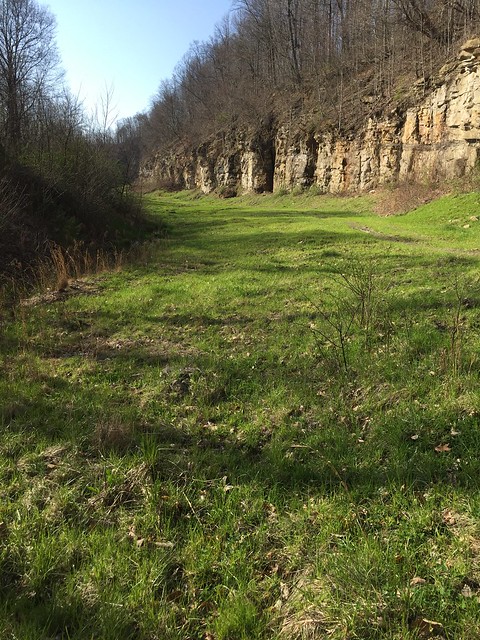 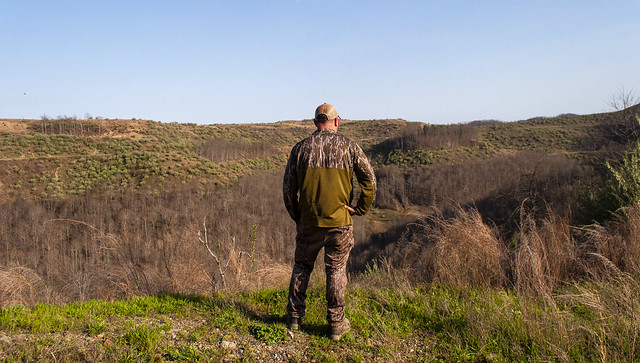 Day 1 was the best weather of the trip. Mild, sunny and an overall beautiful day! It ended with 7 miles on the boots, 20K+ steps and 85 floors climbed (per my iPhone) BUT, I got lucky with a HEAVY Kentucky gobbler! Wish I had a scale to be able to weigh his fat behind, but we didn't.

We happened to sit down in the right spot around the corner from him. From the time he gobbled until the time he was within range was maybe 3-5 minutes. Problem is that he came in behind some stuff and I couldn't initially see him. He made his presence known because he started putting, presumably because he wasn't seeing the hen that he expected because I know we didn't move. As he started moving up one of the mining slopes to the next bench I finally got a glimpse but he was hugging the back edge and quickly disappeared. I started purring at him and when he stepped back up close enough to the edge I let the 20ga bark and quickly had my Kentucky bird down. 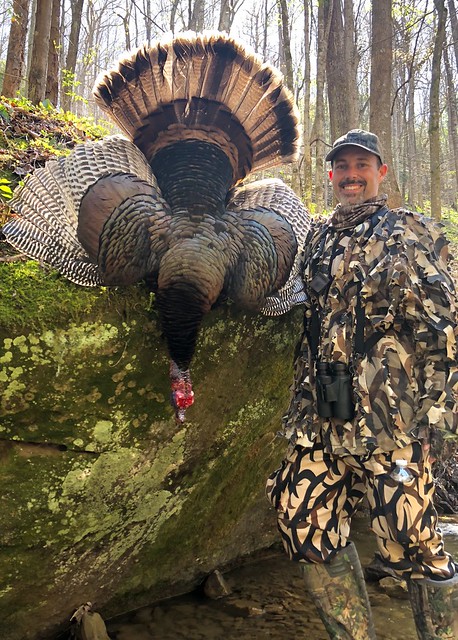 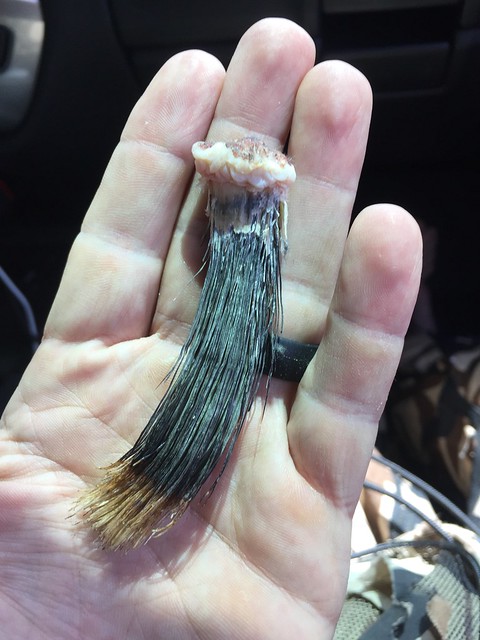 We got on another bird later that afternoon around 1-1:30 but didn't have any luck due to a super steep rock ravine between us (we think). We left around 2:30 to get my bird on ice and rest with a plan to get back on this bird fist thing. We thought we had heard him first thing that morning gobble a few times before the rest and had tried to get on him first.

Day 2 in the mountains was 180* from day 1. The morning started 48* with light wind but by 9AM it had dropped probably 10* and the wind was blowing 15. We knew the forecast wasn't promising and we were going to have to work hard for a bird, most likely.

We got back to where we wanted to be but the bird didn't say a word that morning. However, at 8AM like the day before, the birds on the other mountain fired off extra hot. Over the next hour we tried to get around from where we started over to where we were in play for the birds on the other mountains. By the time we got there the weather had changed, temps dropping and the wind picked up. The birds had also shut up so we slowed down and started calling for 45 minutes before moving on. We got to our marker on the mountain and the birds hadn't said a word. 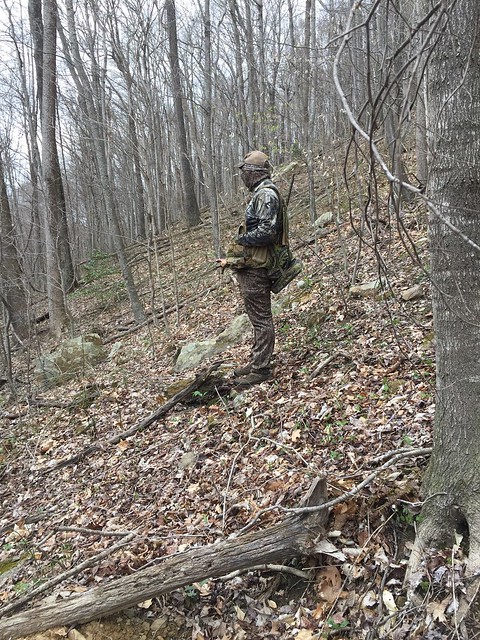 The terrain didn't look promising for them going North and we were scratching our head when my buddy called. A bird answered...from the other mountain...

After 15 minutes of occasionally gobbling directly across from us we head that way, back down the mountain, to the road. We got to the road below them and they didn't say another word. We spent the next 2 hours trying to find them from below but they never said another word. We were tired and hurting from the climbs down the mountains when we reached the top in the road. I didn't want to but I suggested we go ahead and go back in from above since we were already at the top and there was no additional climbing to be on that bench we started on both yesterday and this morning.

I snapped this picture just before we entered the hardwoods once again. Int he background, above my hat and to the left, there is a patch of green. About 1/3 down from there is where we killed my bird. Before we got to that point, we had come from the hardwoods you can see close on my left, around a large, open, bowl and walked a road up top on that mountain and past that spot before returning close to the green and finally dropping down onto the benches below. 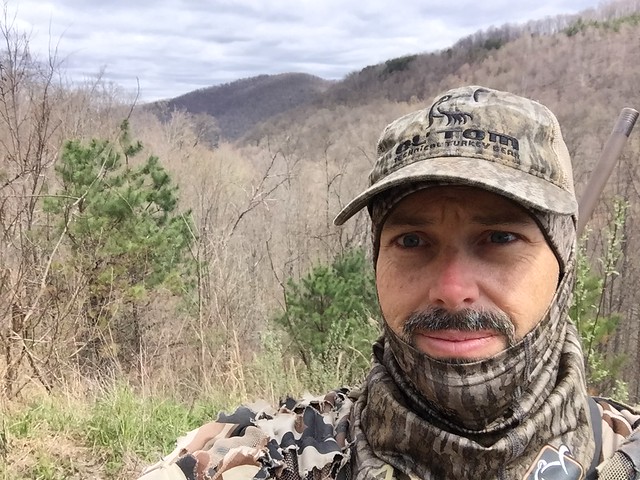 We slipped into the hardwoods and called from maybe 125-150 yards in. A gobbler quickly responded and we scrambled to setup. I had my back to them and thought they were on the bench with us around the corner. My buddy said they were below us. We set up to cover both and I set the video camera up to record the bench. A little soft calling and raking in the leaves found the birds (3) closing the distance in less than 2 minutes. He nearly slipped on the slope he was sitting on which put the brakes on the birds at 40 yards and he quickly took a shot at the one bird in clear view. 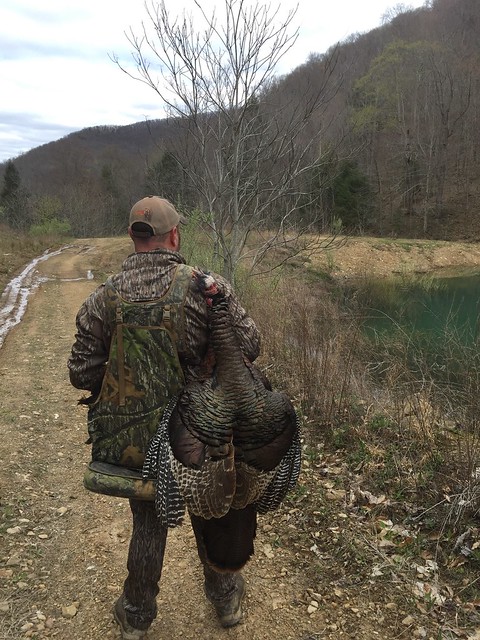 Even though we both still had a tag remaining for the next day, we were tired and knees and backs hurting from lugging birds off the mountain through slick leaves, Friday morning was slated to be around 30* so we decided to sleep in, grab a breakfast at Huddle House (not much else in the town) and get an early start for Northwest Georga. We were both content with a bird each, which was our goal, in that terrain.

We got to Georgia early afternoon and got to do a little bass fishing on a private lake. The first fish I caught was a new personal best for me. She was easily 10lbs, still without a scale, and was released to spawn in the coming weeks. 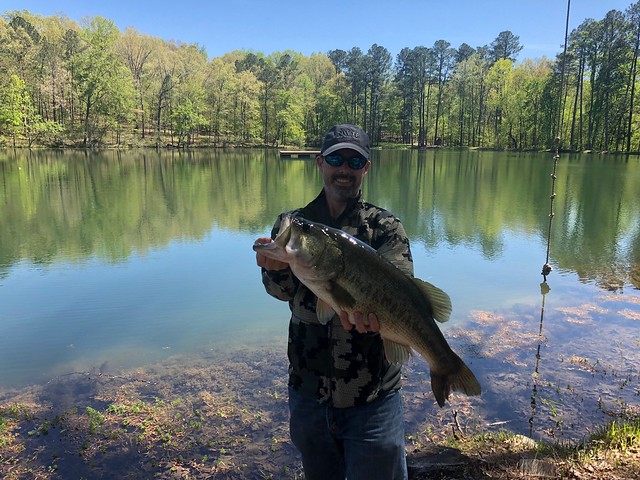 The next morning was fantastic. We called in a pair of longbeards first thing but our setup was wrong and they got behind us and spooked. Slipping out of there we were trying to find other birds when we found that the pair were ready to talk again so we slipped back from a different spot and within 30 minutes managed to call them in. Unfortunately we were only able to take one of the pair but, fortunately, it was me that was able to get the shot. 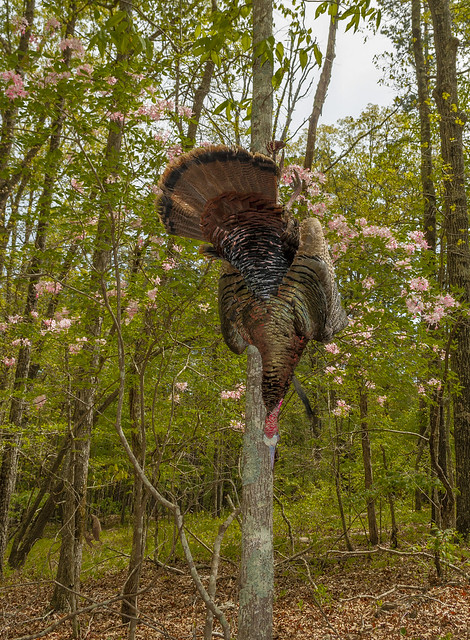 An hour or so later we managed to get on 3 more gobblers and, unfortunately, our host and my buddy both missed. Long story there...

Overall, it was an incredible trip. Still have a few weeks left in the GA season and hope to fill one more tag for my 6 yo son before it's all said and done.
3 · Share on TwitterShare on Facebook