Tori'S Toy Posts: 283 Deckhand
April 2018 in Southeast General Fishing & The Outdoors #1
Did a solo run today, well, troll. With West wind, had planned to go straight East for an hour and back in cause if impending storms. Around 200 had a massive hit on black Bart micro. Started to tighten drag and line snapped above snap swivel.AARGH! Had dropped off 3 other rods to have lines replaced yesterday.
With autopilot on, continued East until new swivel put on and a duplicate lure put out. Turned around and back tracked. There was a bunch of scattered weed 200 to 500, as deep as I got. Made several passes in same area. Ended up with a Skippy. Took major skills to get tail rope on it.

Big barge came through. Had to change course several times to avoid. It was a PITA.
Tried in shallower away from weed but nada. 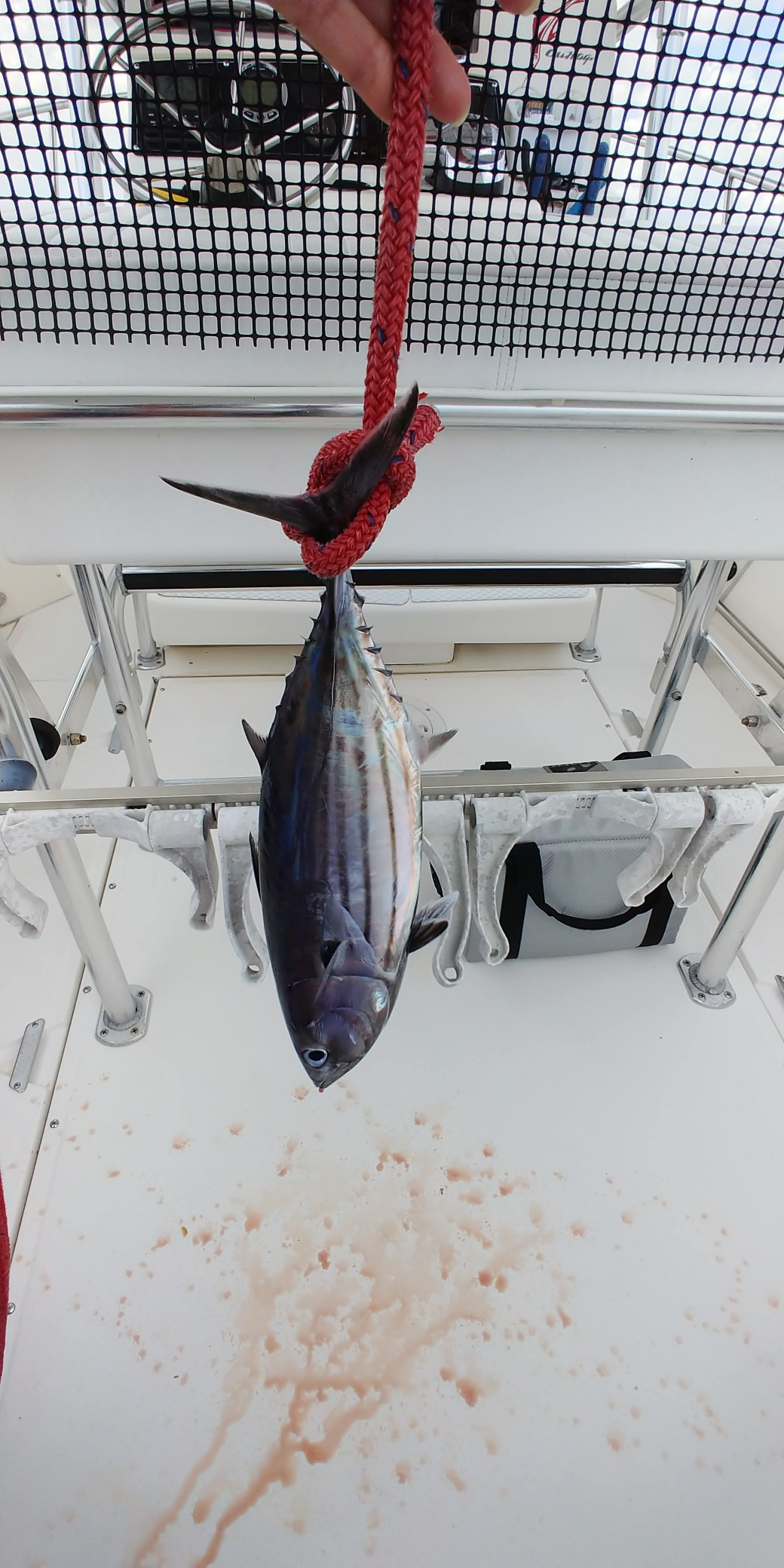