After the cold tarpon season getting back in the swing!

Great day with Billy and his son Walter. We fished for tarpon most of the day. Slow to start the water was pretty chilly with the wind still cranking and overcast for most of the morning, water temps down in the high 60s again! Though it warmed up nicely throughout the day. We had good shark action early on with several bull sharks, some black tips and spinners, and couple big sting rays. Once the tide started coming in a few tarpon started to show. We moved around a bit and Billy hooked one up! About a 50 lber not super large but fun size as I like to call them. He put on a good battle though not super cooperative for pictures though we got one good jump shot and he shook free from Billys hand when he went for the face grab. We fished a bit more and then saw a few more fish and set back up. Walter hooked one about the same size but this one we got very good pictures of which was cool. Nice healthy release! After that things slowed down we had another shark bite that cut us off and then we were about out of bait so we went jigging with our artificials for the last 45 minutes. Found a handful of healthy looking trout which was fun and then headed on home. Looks like tomorrow it'll get nicer with the wind laying out especially by afternoon time, then hooray 10-15 mph for the foreseeable future! This will be when it really feels like 'tarpon season' has kicked in fully I have a feeling. Back at it tomorrow! 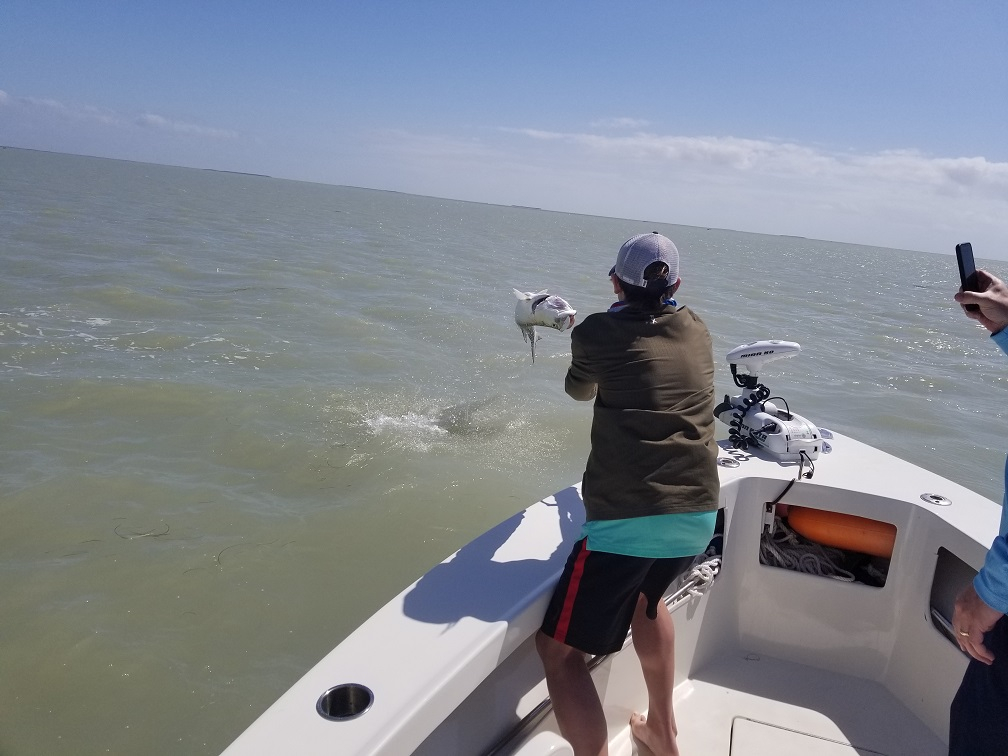 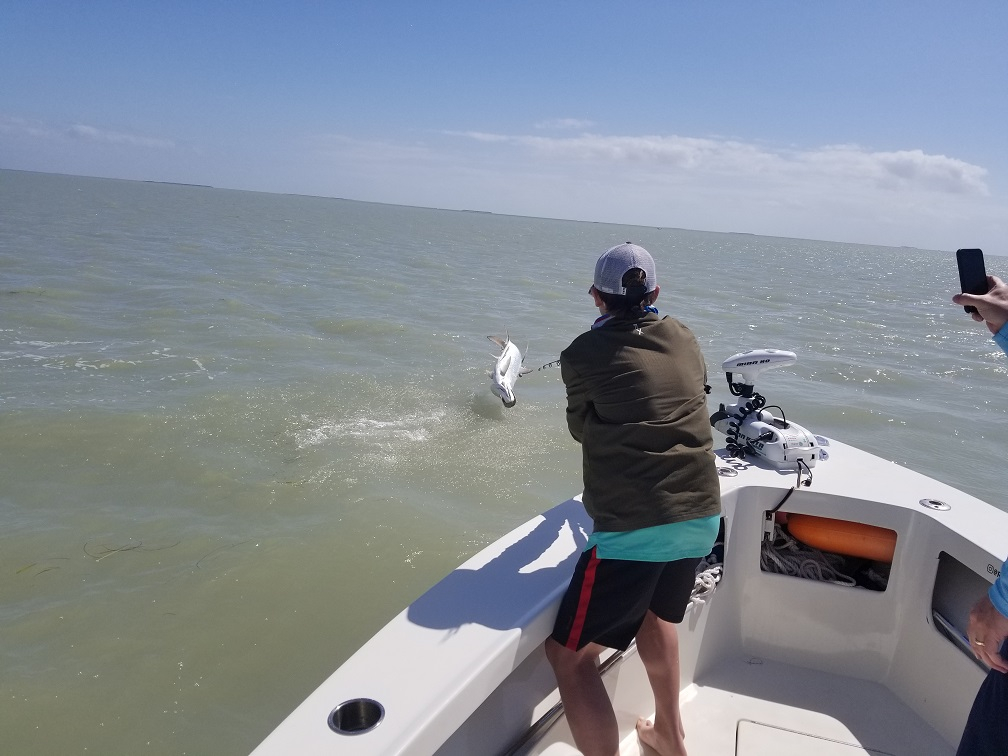 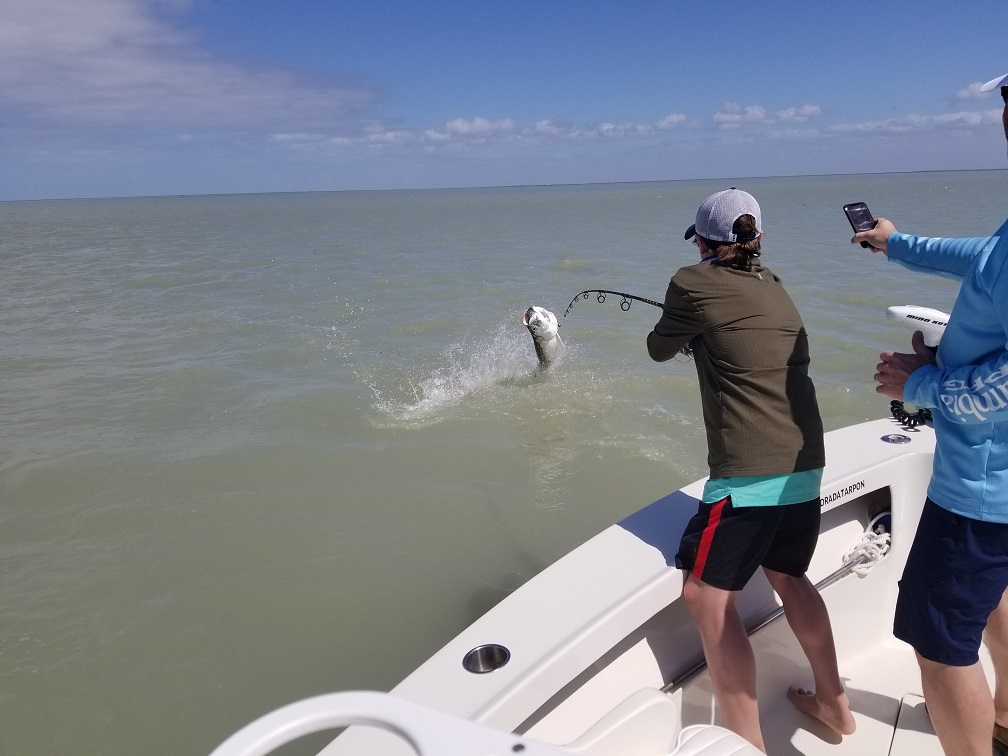 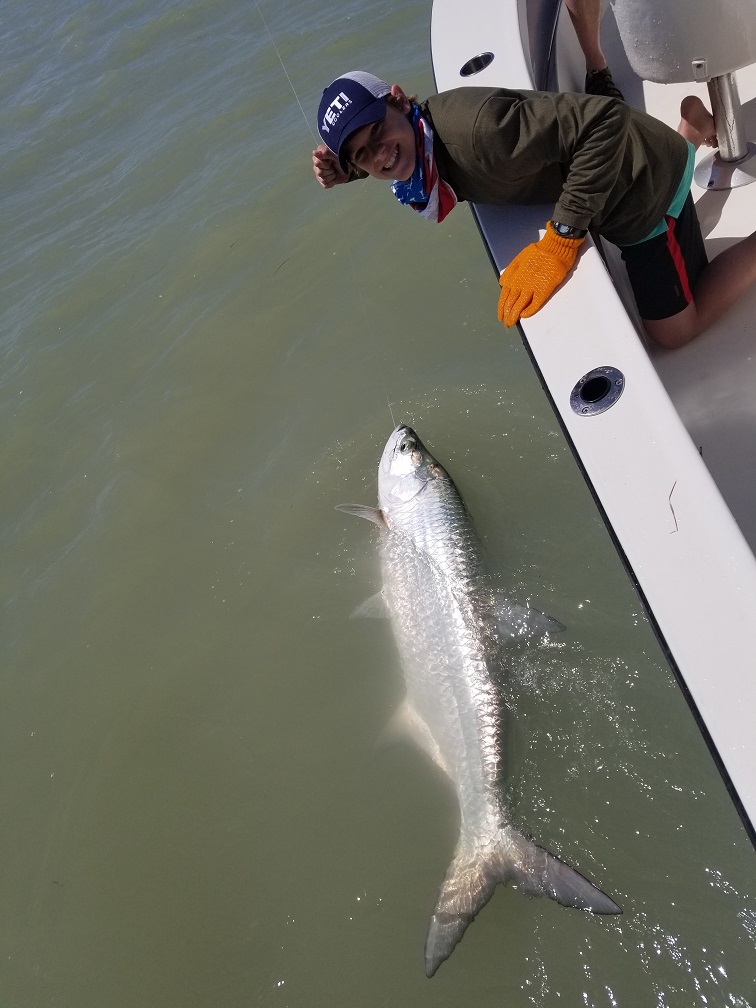 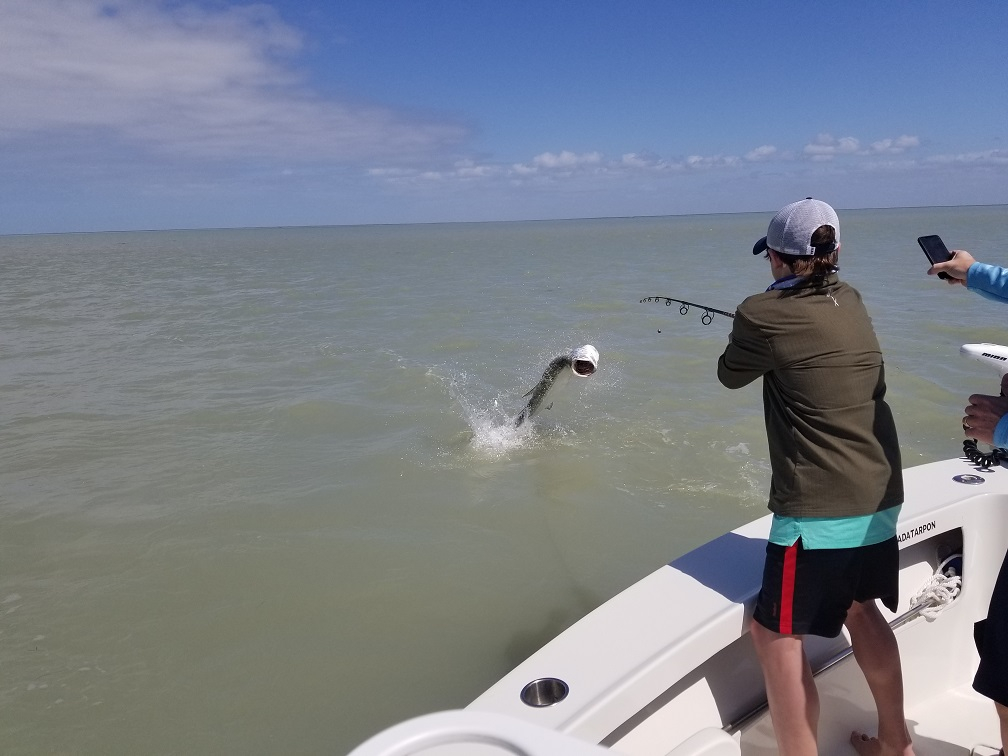 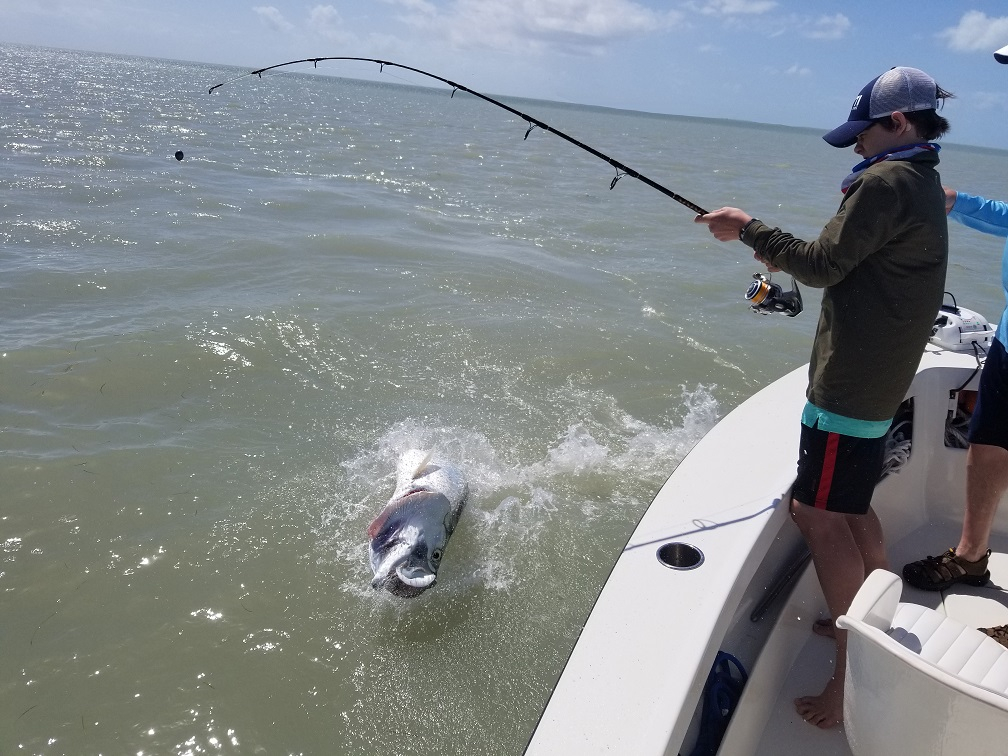 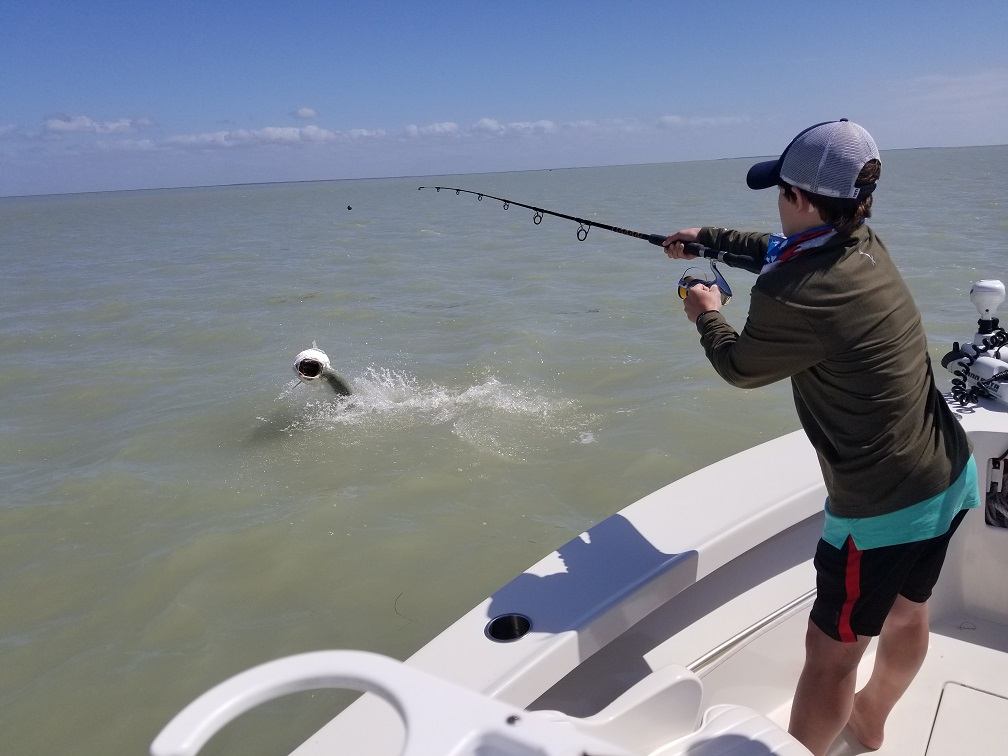 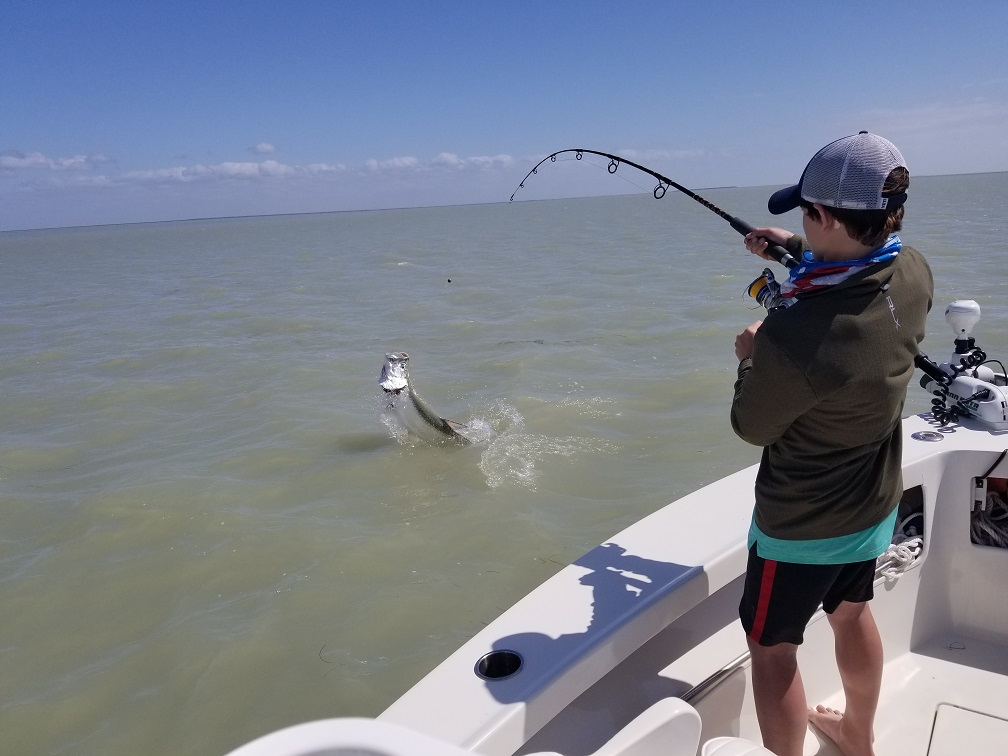 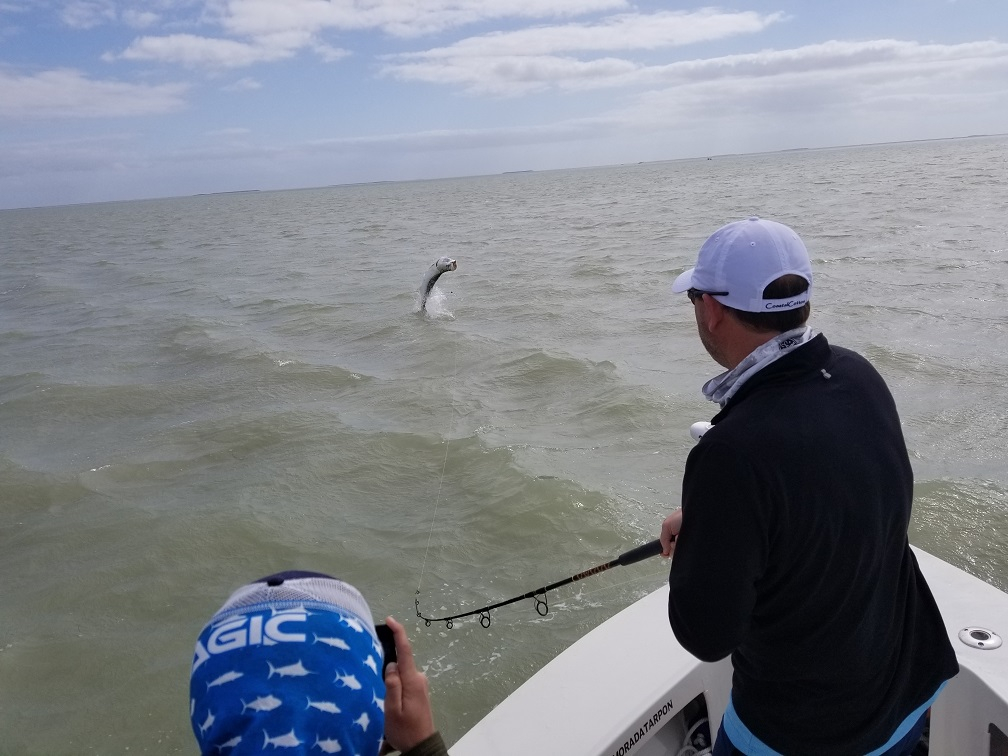