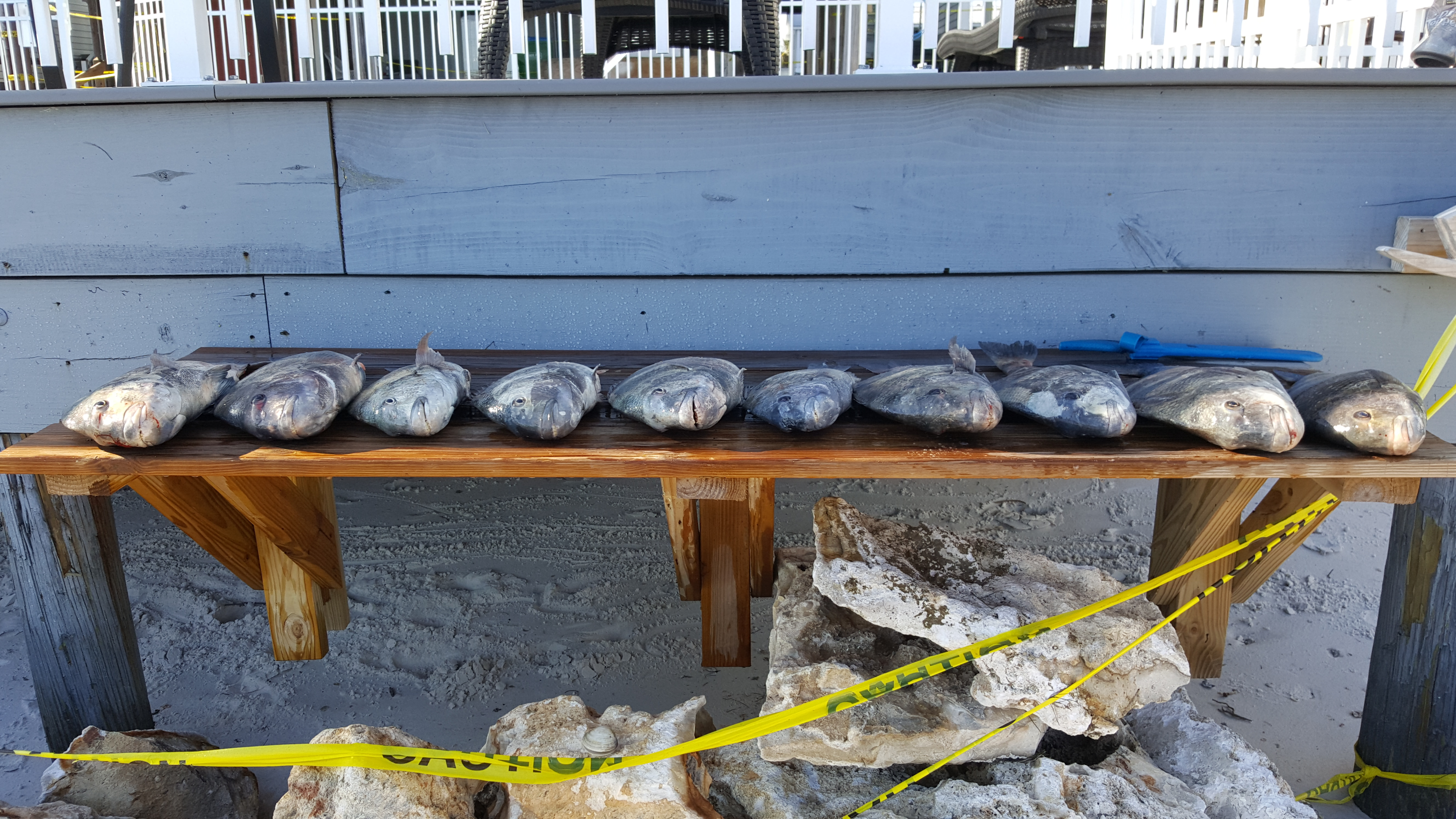 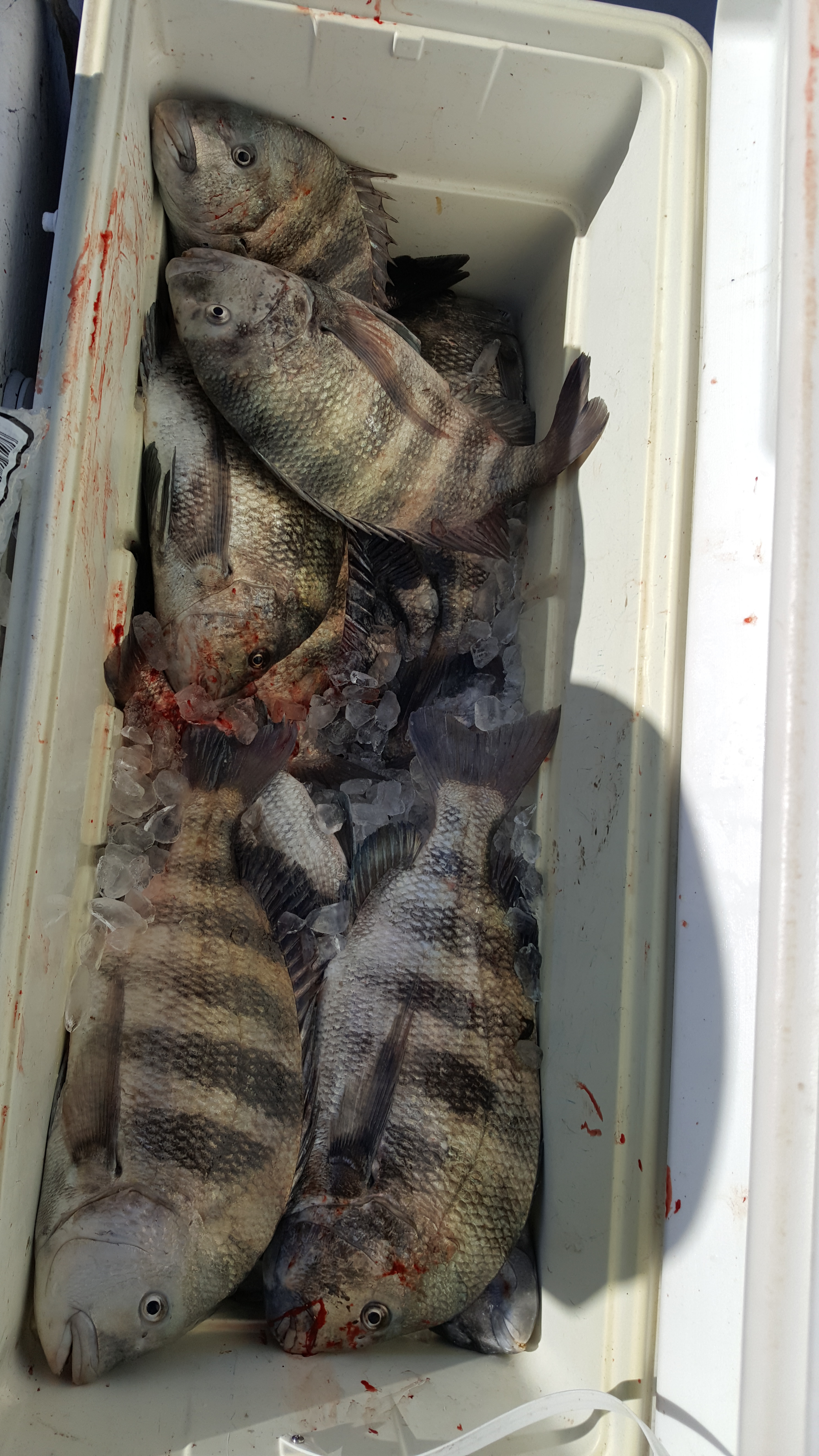 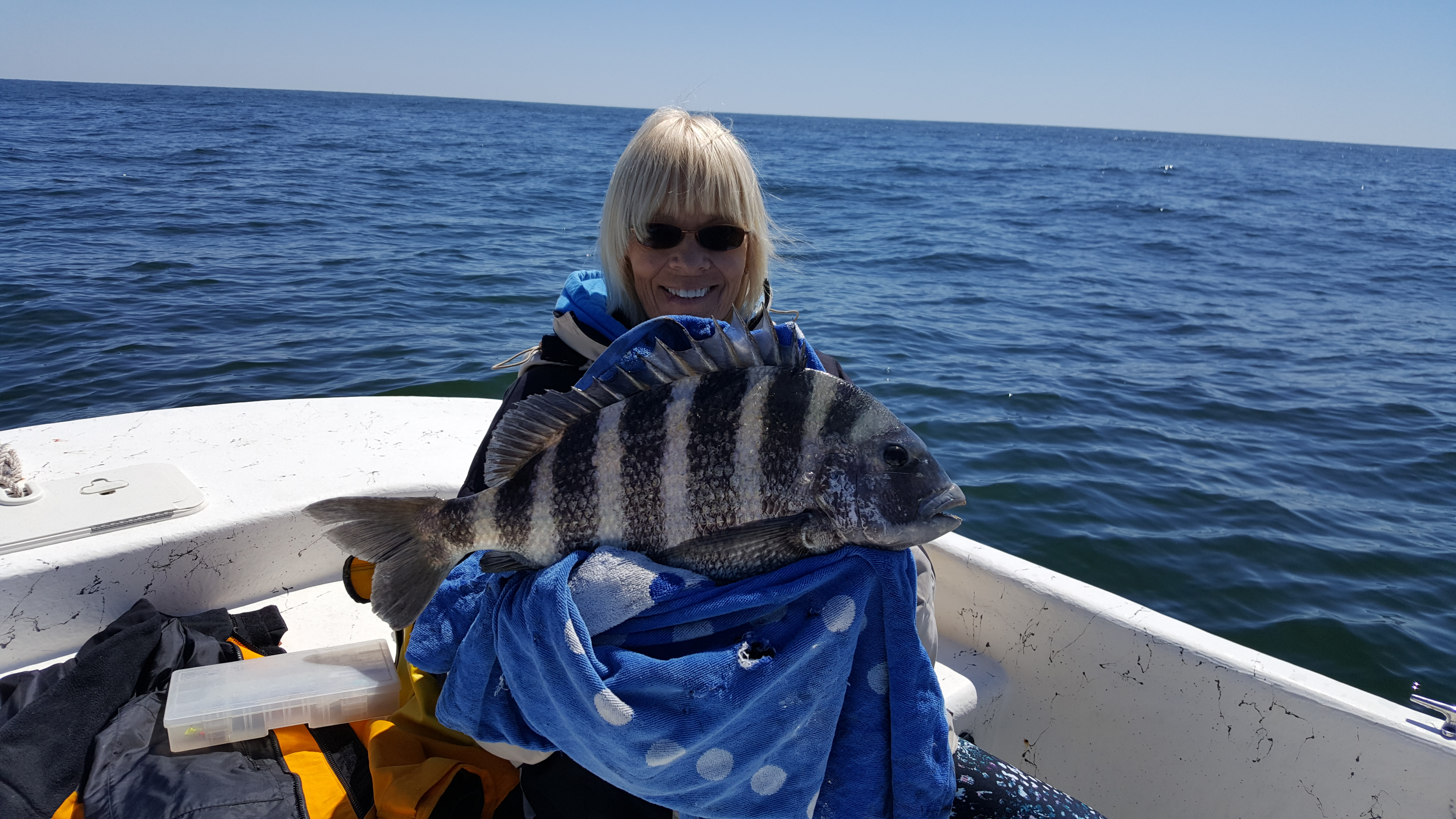 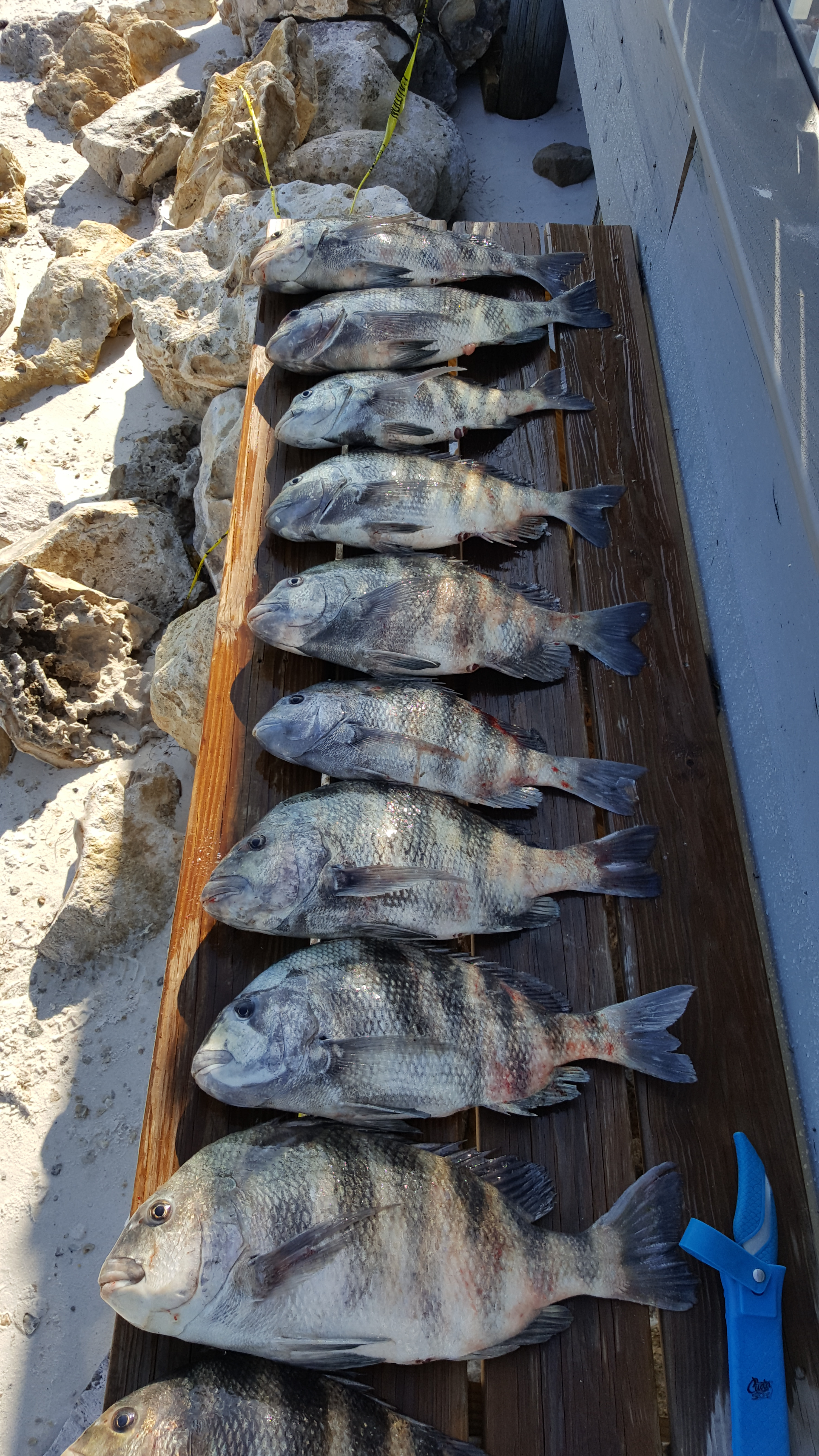 My two boys and I headed headed over to ck condos at the end of last week for three days of fishing (March 23 through 25).  My parents joined us.  I also finally met up with my old buddy from where I grew up in South Florida who has property nearby in Rosewood.  For the last two years we've always been a few days off from each other during our trips to the area.

First day out was Friday and we were greeted by relatively nice seas that got better as the day progressed.  My family headed out in our 19 foot key west skiff and my buddy with two of his relatives lead the way in his 24 foot pathfinder.  We got anchored up around 11:30 and for the next three to four hours it was sheepshead mania. We were using our light weight trout rods with 15 lb braid and 20 fluro leaders with shrimp rigged on drop shots and jig heads.  I barely had time to fish myself between unhooking big sheepshead and retying an occasional break off.  After the first 15 or so keepers, we began to be really selective and only kept the really big ones.  By about 3:00 we had close to 25 keepers for our boat  (adhering to the new future regulations that are about to be passed) and my buddy close to the same in his.  Seeing that I was going to be the only fish cleaner from our boat and figuring we had plenty of meat for us and some close friends, I decided it was time to switch gears and go do a little trout fishing so we headed back inshore.  We ended up fishing around Deadman key and north key catching several shorts, but no keepers.  Boats back on the trailers by 5:00.  Then for the next two hours, I cleaned sheepshead while listening to some Kenny Chesney and downing a few Pair of Dice honey cream ales. Truly an awesome day of fishing, especially for a father who got to watch his boys enjoy the outdoors.  I would bet our catch averaged close to 3 to 4 lbs per fish, with our biggest being 6.31lbs on our scale.

The next day we headed out to a different area and let the boys try their luck with some sea bass, grunts, and small gags.  After a while they got bored, so we went and played with the sheepshead for about an hour before heading in early so we could go meet my buddy out at his property to bbq and drink a few.  I stopped by the ck grocery and made orange blossom pilsner my night's selection.

The last morning older son and I went out for an inshore fishing expedition starting at about 8:45.  Armed with our usual popping corks and gulps, we managed to find a good group of trout stacked up in some 3 to 5 foot grass flats between Atsena Otie and Snake Islands on the high tide.  Ended the morning with 6 keepers in the cooler, three of which were around the 19 inch mark, and numerous shorts that were released.  Best combo seemed to be the cajun thunder cork with a 4 inch new penny shrimp gulp. Headed in around 12:45, cleaned fish and boat, then headed back to Central Florida.  Another fun time in CK.  Hope this weather starts warming and the kings and cobia are present by the time we return in mid April.