Capt Dan Medina Posts: 788 Officer
March 2018 in Southwest General Fishing & The Outdoors #1
Hey all, had a string of good weather after the tough winds and it was time to get back out and box some fish.

Saturday I had a group of 2 guys here on vacation from Germany. They said theyd fished all over the world and were looking forward to the trip. We left the pine island co op around 645 out thru redfish in search of some meat for a few meals, then on to some bigger fish. We picked up some great bait in about 50 ft of water, with some horse threadfins, large spanish ardines, blue runners, squirrels and pinfish rounding out the full livewell.  We made our first stop in about 85 feet of water which produced some decent lane snapper and at least 3 or 4 BIG hits from fish that took my crew to town.  Broke off as the fish got back to their haunts.  We made another drift or two and the bite slowed so outward we poked.  Next stop was in 90ish feet and we proceeded to put 3 keeper red grouper in the boat, the bigger one a bit over 27".  Here, too, we missed a few Big Bites that were surely bruiser grouper.   With plenty of fish for a few meals, we made a move out to some higher relief structure in 110 ft.  We dropped down blue runners which were engorged by some AJs.  We landed 2 juveniles as well as two that were pushing 40" to the fork.  In between AJs, the flat line on the 4000 spinner went off and a 10 lb cuda was landed. As we started to run low on bait, I sent down a pinfish on the flatline... About 5 minutes later, it was inhaled and the 6500 spinner was singing. After a bunch of back and forth fight, a giant cuda surfaced, hooked just right with the circle hook in the corner of its mouth and not even a touch of fraying on the 60 lb mono leader.
Weather layed down for a great comfy ride back in.  Both the guys thanked me and said it was their best day of fishing, ever. 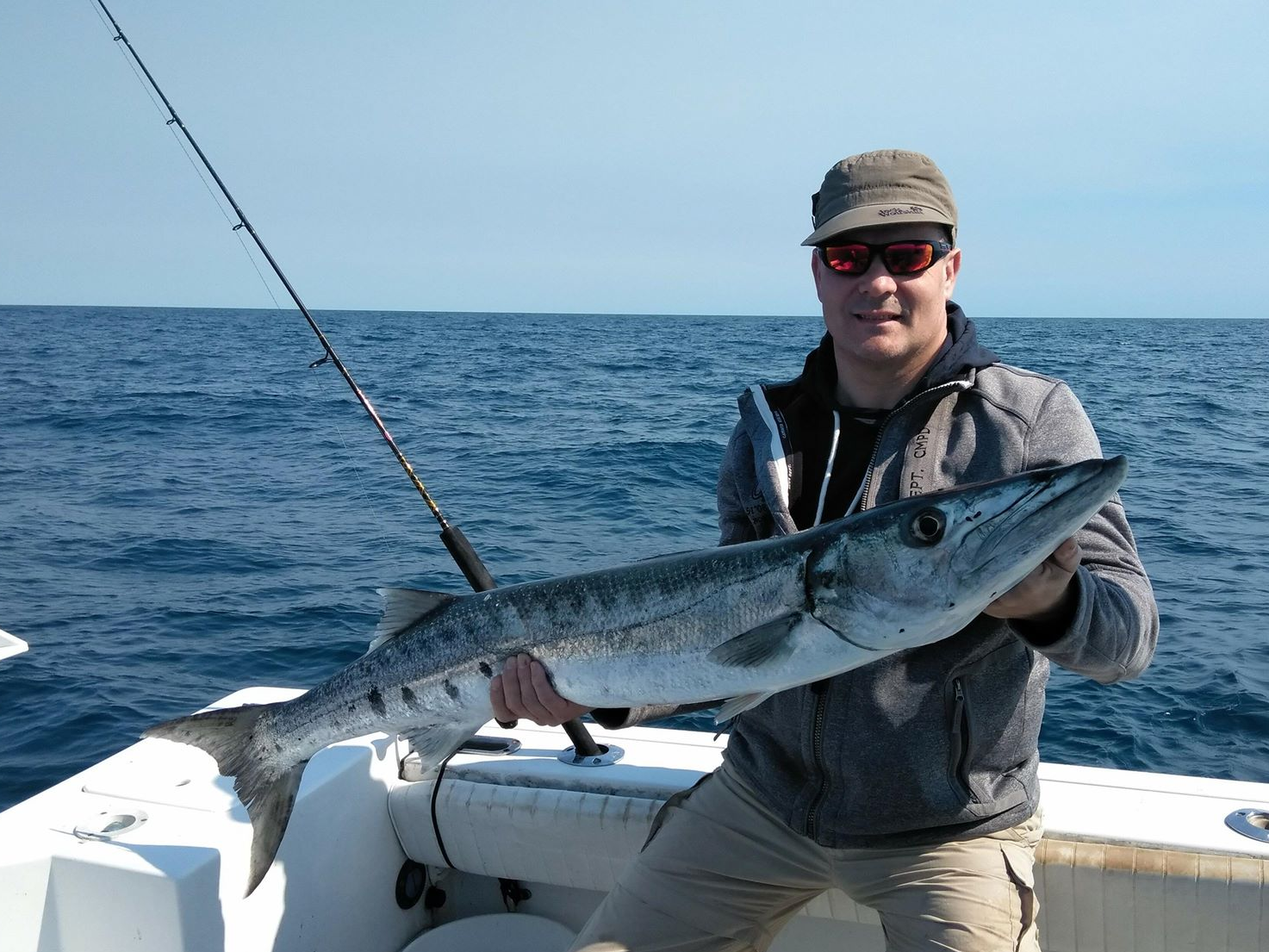 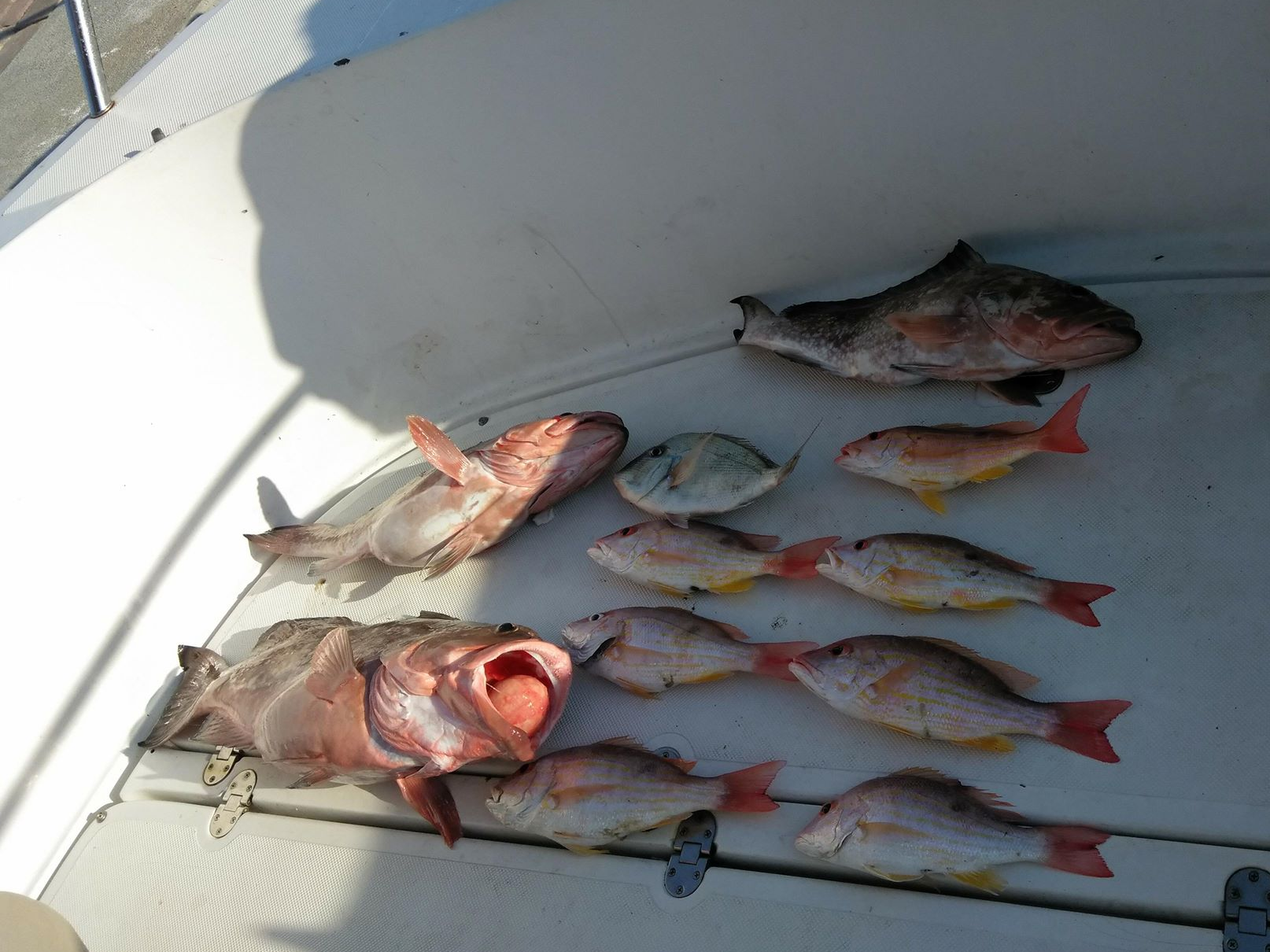 Sunday 3/25 I had a group of 3 teenagers and dad looking to just bend some rods on a 5 hr nearshore trip.  We met and launched from the pine island co op.  We fished in depths from  38-50 ft with rods bent from start to finish.  We caught a mess of different species, and there were a few decent sized fish in the bunch as well. Though the group decided they didnt want to keep any fish as they were leaving that night, several 15-16" lane snapper, a bunch of short gag grouper, large grunts, short red grouper, and the highlight being a would be legal 20" red grouper.  All in all a great day with super calm conditions.

Monday 3/26
Had 3 generations of fisherman on board, with Father, Uncle, son and grandson on board.  Davids son Jeremy, our youngest angler on board at 9 yrs old was ready for a great day of fishing.  We met up at the docks at the bokeelia boat ramp at 630 but delayed our departure for a bit as we had a crazy amount of patchy fog. We pushed off the dock at the first sign of daylight and made our way out thru Boca Grande pass. We tryed the bouys for bait, but it was non existent.  The hot zone for bait was the 50 ft zone with lots of spanish sardines, pinfish and a handful of blue runners coming aboard.  We pushed on out to our first stop in about 80 feet with a bunch of lane and vermillion snapper coming up.  Jeremy was first on the board with a solid 23" grouper caught on a whole squid.
After a few non productive drifts, we pushed on out a little further.  We stopped in about 100 feet where we added another legal size grouper to the box.  THe fish were there but just not chewing real consistent the first part of the day.  We bounced around to a few more areas where we continued to catch snapper and a few short red grouper, but nothing for the box.  Made the call to run out to an area just shy of 110 ft and it was game on.  We boxed another 6 keeper red grouper ranging from 21-26 inches. A handful of beautiful AMerican Red Snapper were caught, along with 4 Gag Grouper that also had to be released.  A doormat size trigger fish was landed (also released). We switcghed up gears and managed a few more snapper, along with a beautiful mangrove snapper that went over 20".  Weather layed down to 2 ft or less for our ride home. Lots of meat for these boys and a trip Im sure young Jeremy will remember for a long time. 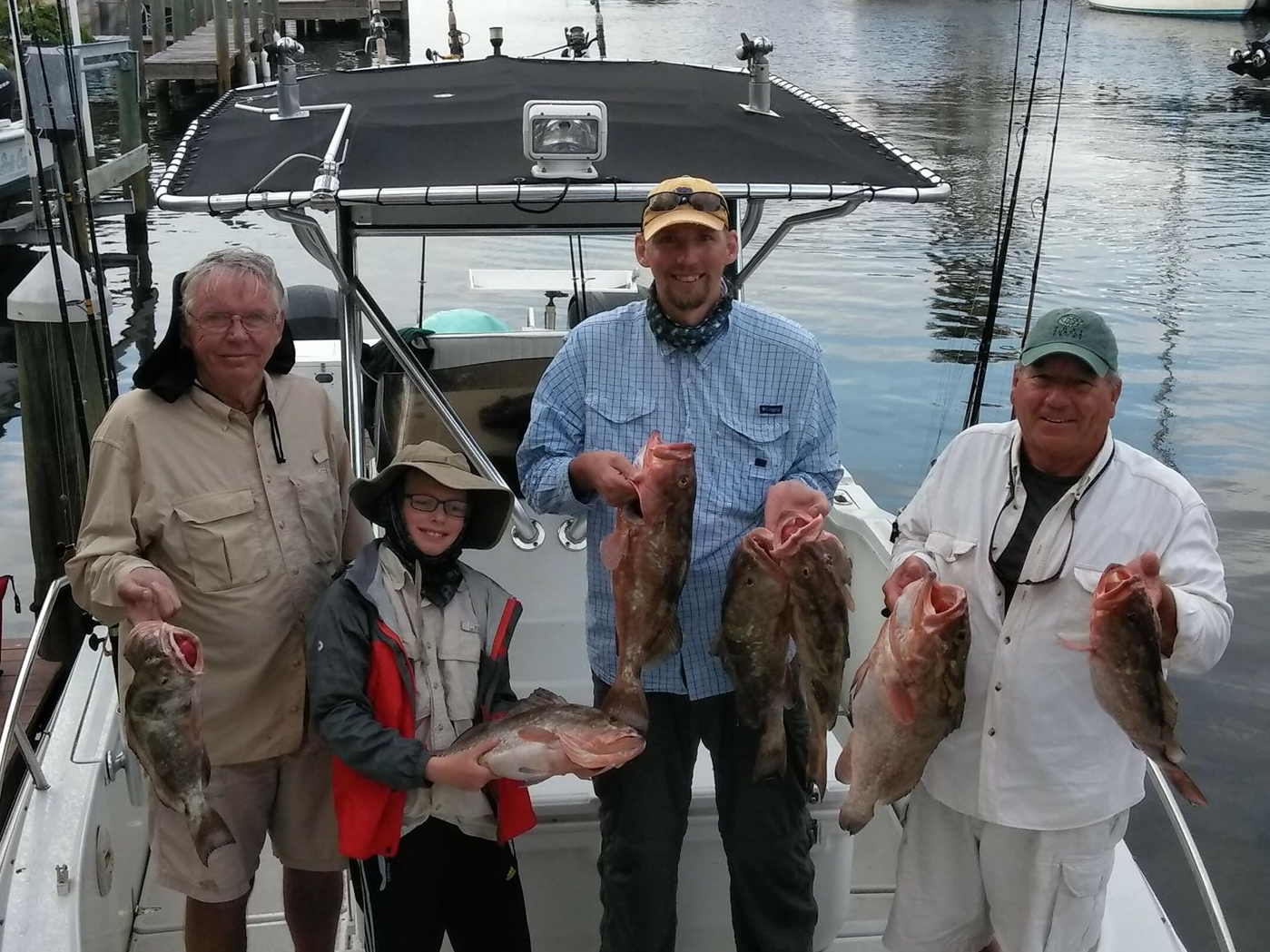 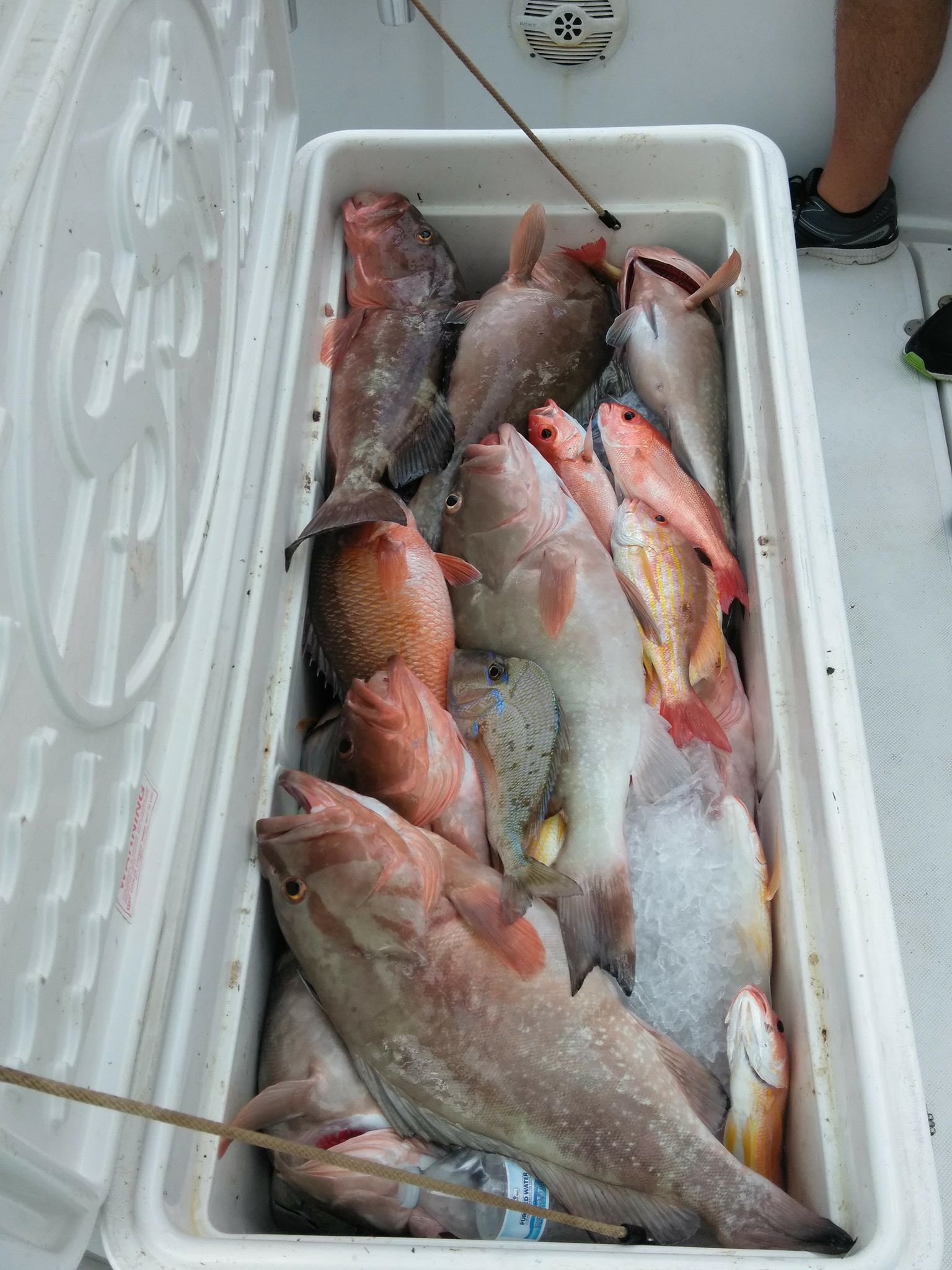