Bait fishing had been very slow in Pompano, so decided to try Boynton instead.  Boynton has bait for sale on the water via Xtreme bait, as a backup. We launched off Briny Breeze beach at 5:45 am. We managed to get 9 Blue Runners along the beach, and supplemented them with purchased Goggle Eyes from Ken of Xtreme Bait.  The weather was beautiful.

Reports had been of multiple Sailfish hook ups days prior, and slow for everything else.  Fishing in Boynton was slow. I had 1 brief hook up with a Sailfish that ate my downrigger bait.  The current was strong. It was too strong to vertical jig in deeper than 200ft, and even 200ft was challenging.  I caught zero fish on vertical jigs. Later in the afternoon, I hooked 2 more Sailfish off West Palm Beach. One fish came off, the other is in the below photos.  There have been many Sailfish taken off kayaks during the last few days. If someone was seeking to do that, now is a good time to try. 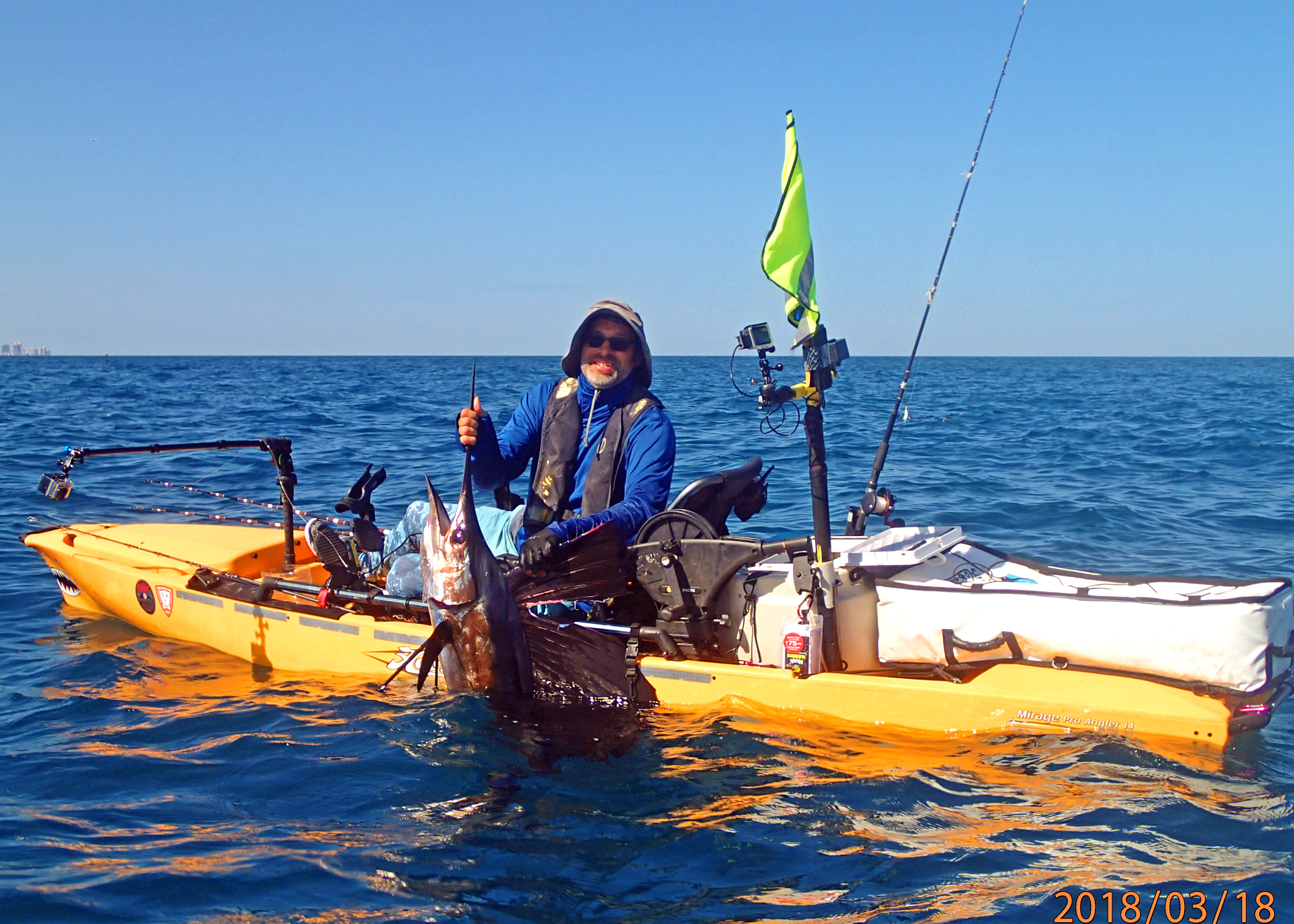 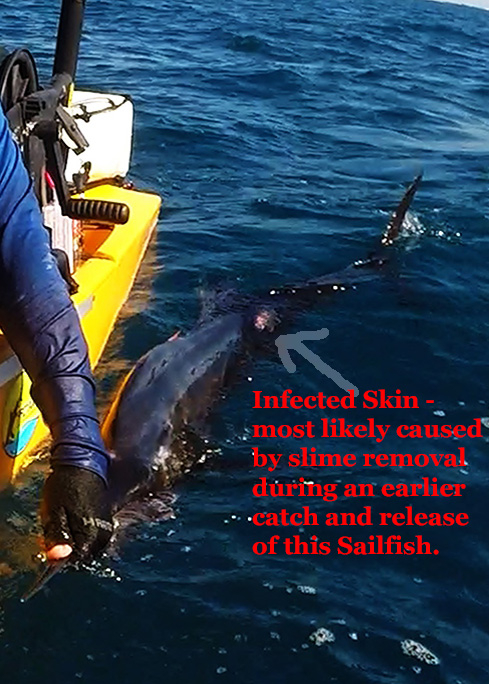 The raw patch is why it is against the law to remove a hook and release Sailfish from the water. This Sailfish was pretty beat up with lesions around the raw skin areas. The raw areas can be caused by rough handling which removes the fish's protective slime, lowering it’s immune system. Put the well being of the future of this fishery over one’s ego -- PLEASE DO NOT PULL THESE FISH UP ON YOUR LAP FOR A PHOTO !  By keeping the fish in the water the entire time, the amount of slime removal is minimized -- greatly helping the fish recover, and preventing odds of death.   Take the time to peddle with the fish’s head submerged -- flushing water through the gills to help re-oxygenate and revive the fish before releasing. Responsible fishing today means better fishing for future generations -- Thanks. 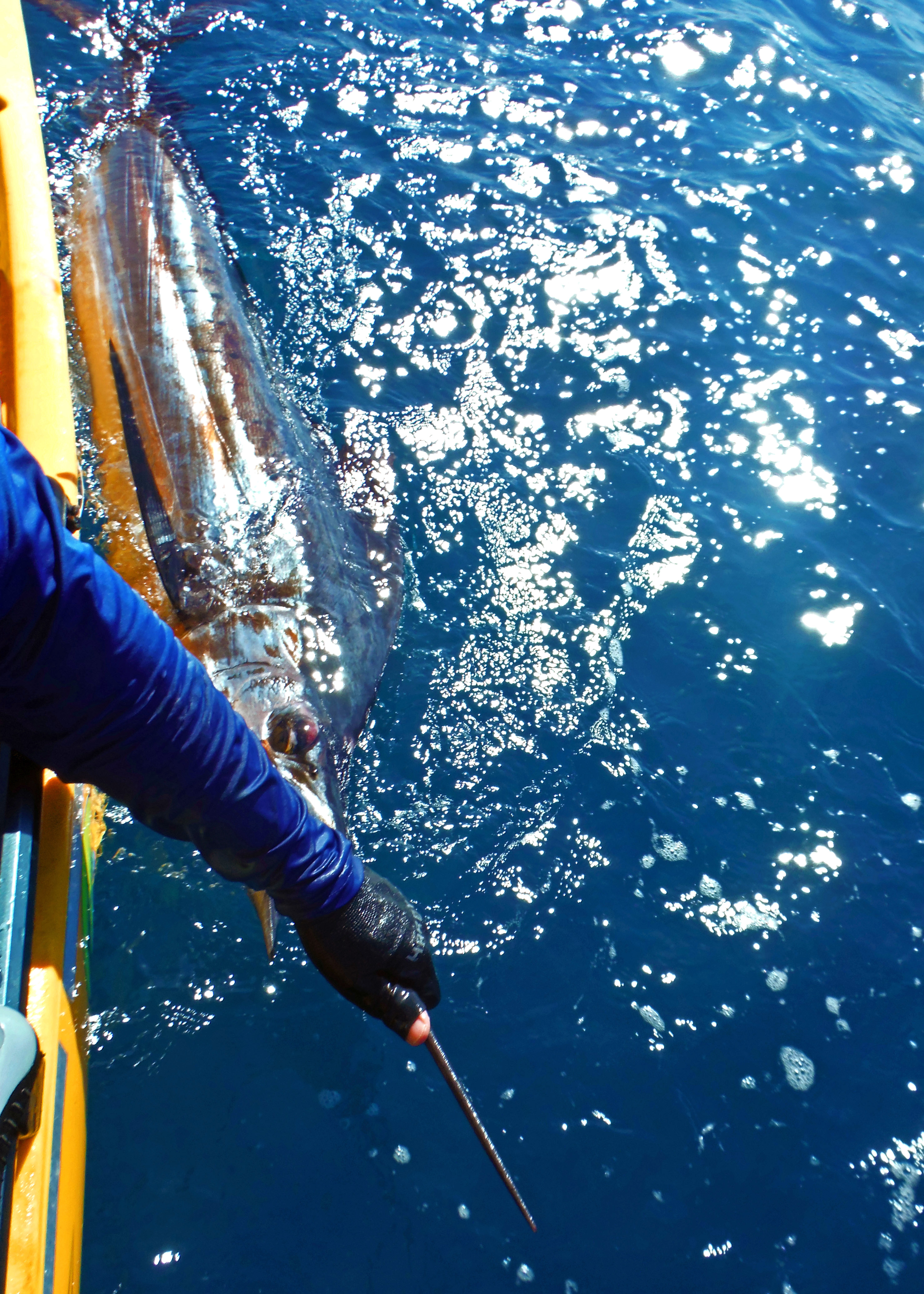 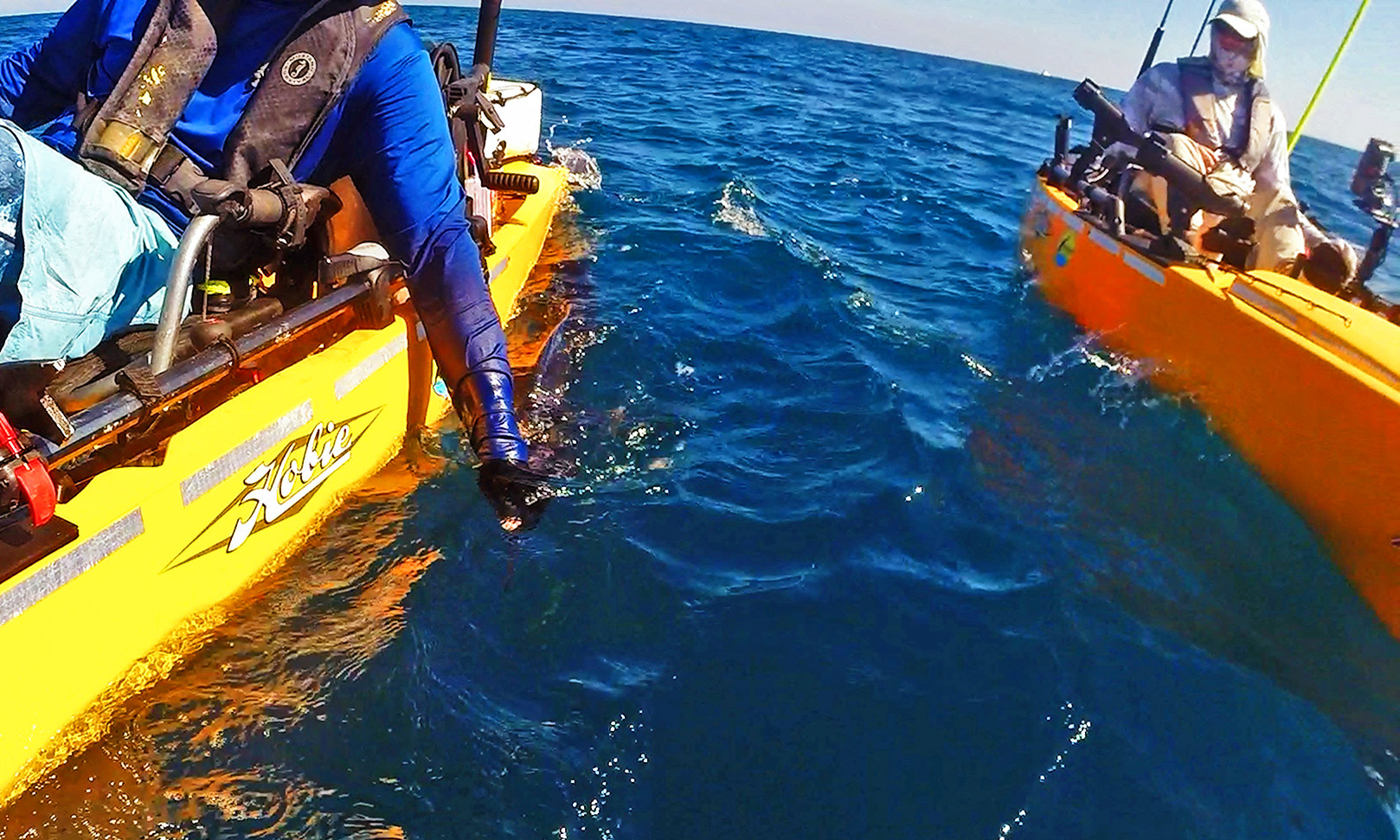