This was the first break in weeks of windy weather, and even though it was a bright full moon night, I had to give it a try. I launched at 5 am to do some bait fishing along the beach. No luck finding goggle eyes, so switched the focus to runners around 6am. I meter plenty of bait fish out deeper, but they were reluctant to bite. I managed to sabiki half a dozen, one at a time on every third drop through solid fish finder meter marks. Just before sunrise, I stopped fishing baits and put out 2 lines for the slow troll with high hopes of finding a tropical pelagic.
By 10am not a single bite on baits nor vertical jigs. I kept seeing birds working weed lines in about 200ft of water, but had no luck fishing the areas. Finally around 11am I had my first bite on bait. My rod doubled over hard and line began screeching off the reel until the fish unbuttoned. I reeled up a mangled bait that had the teeth marks of a shark. 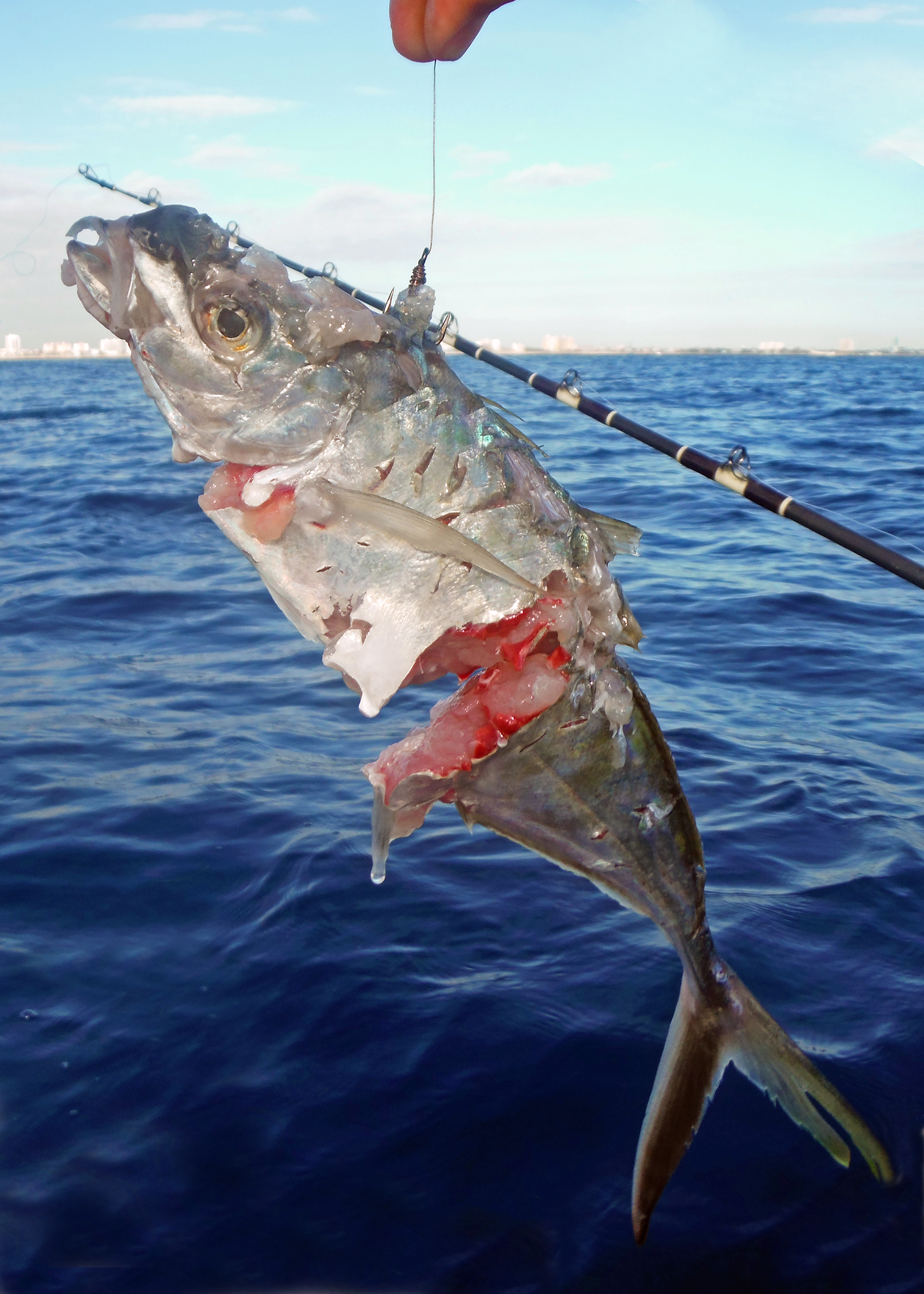 Fishing was painfully slow, but it was such a nice day on the water, I had to stay out and soak in. I hit many wrecks for zilch on the vertical jigs. Vertically jigging in 350 ft of water, I frequently marked fish around 90ft ( typically tuna) but no bites. Current was weak, so I decided to take a shot at tile fishing out deeper. I started the long peddle out, and at 400ft, hit a 2 knot Northerly current that made efforts futile. I tried a drop in 425ft with a 3lb lead, but the current was to strong for me to hold bottom even if I peddled against it. I headed in and hit a few more wrecks. Eventually I caught 2 Almaco jacks, on vertical jigs. Both were snagged looking at the lure. 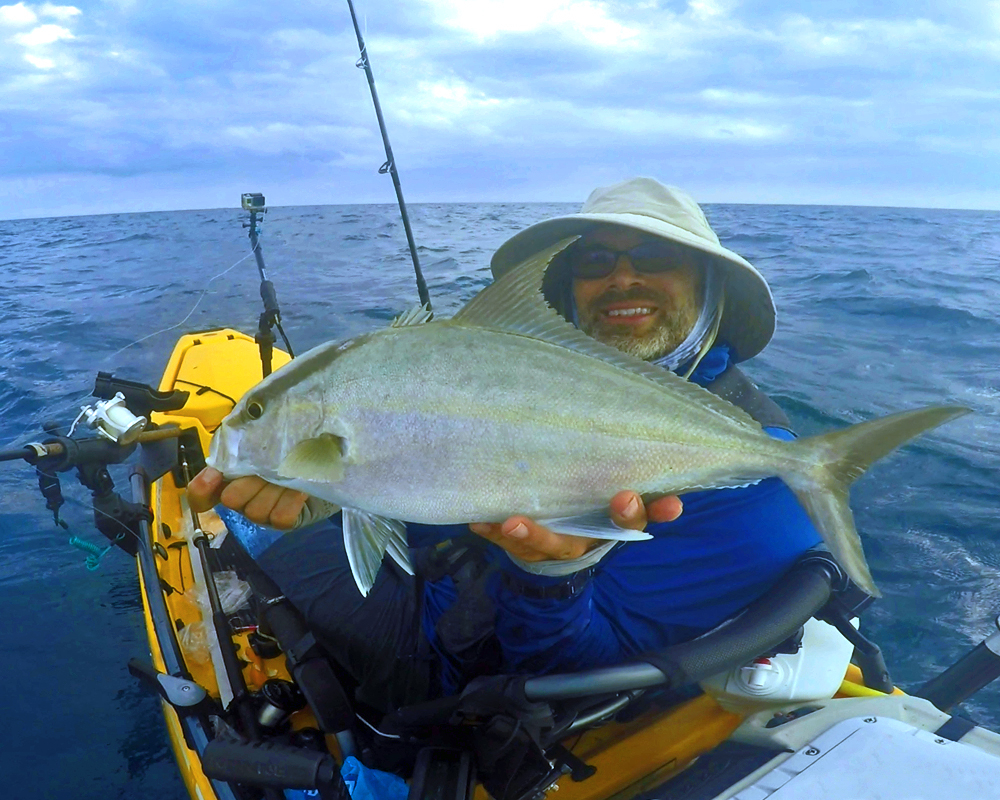 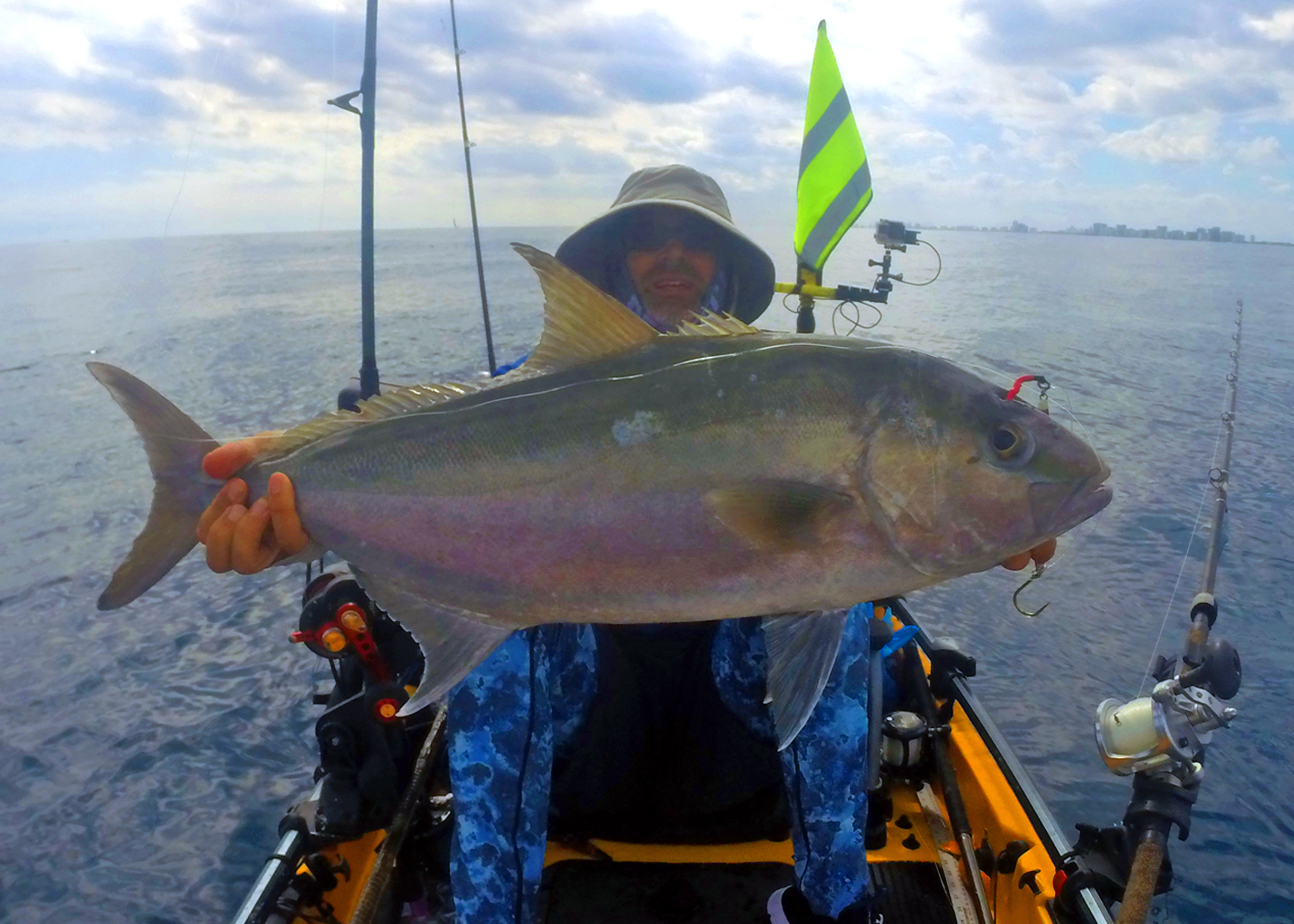 I did see an angler on a boat catch a barely legal mahi, and heard of other kayak anglers catching peanuts in Miami and Boynton. I am guessing that if I had little baits I may have had luck, but the big runners are a tough meal for a small Mahi. On my way in from a long day of nada on bait, I connected with a sailfish on a surface trolled jack. 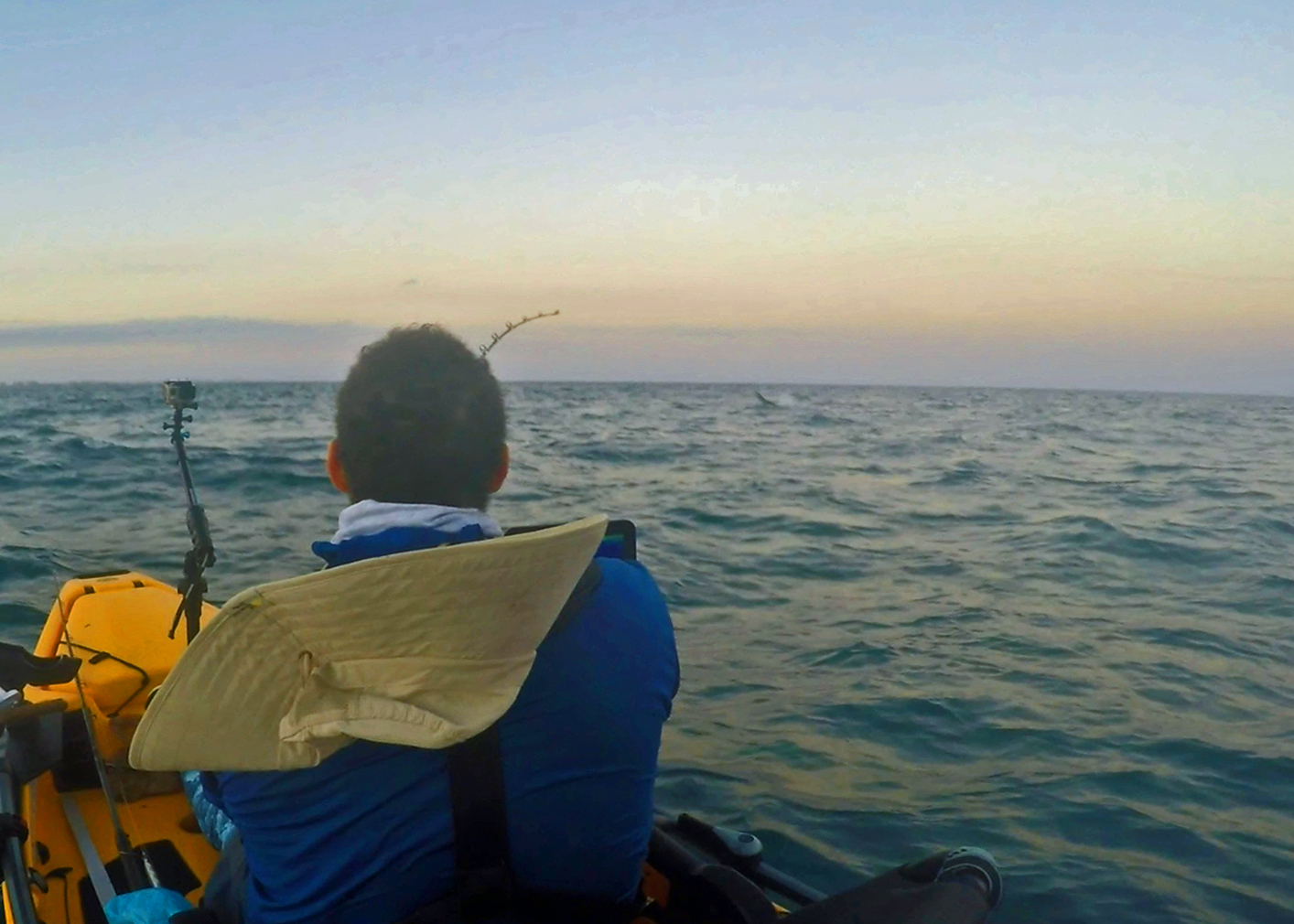 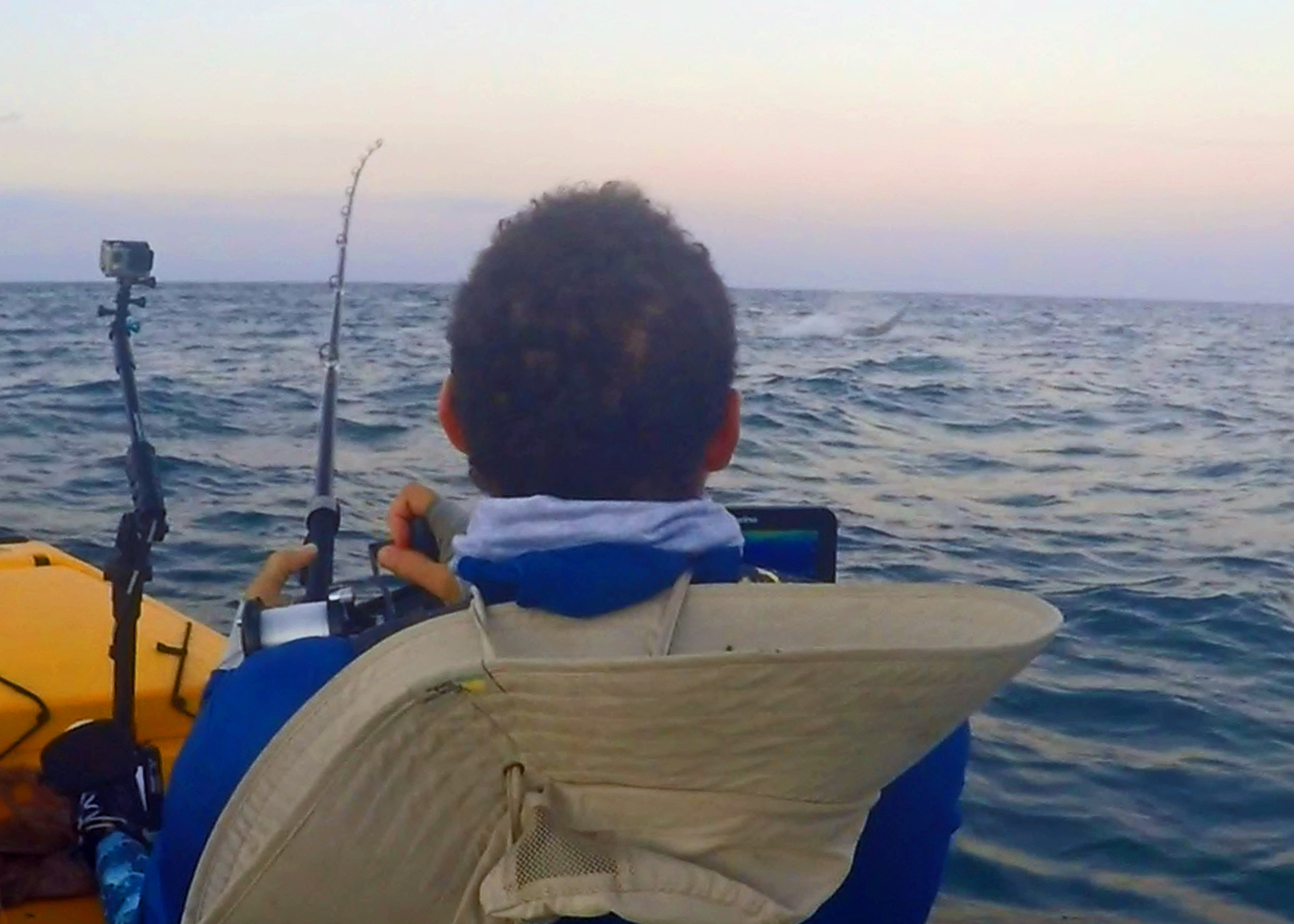 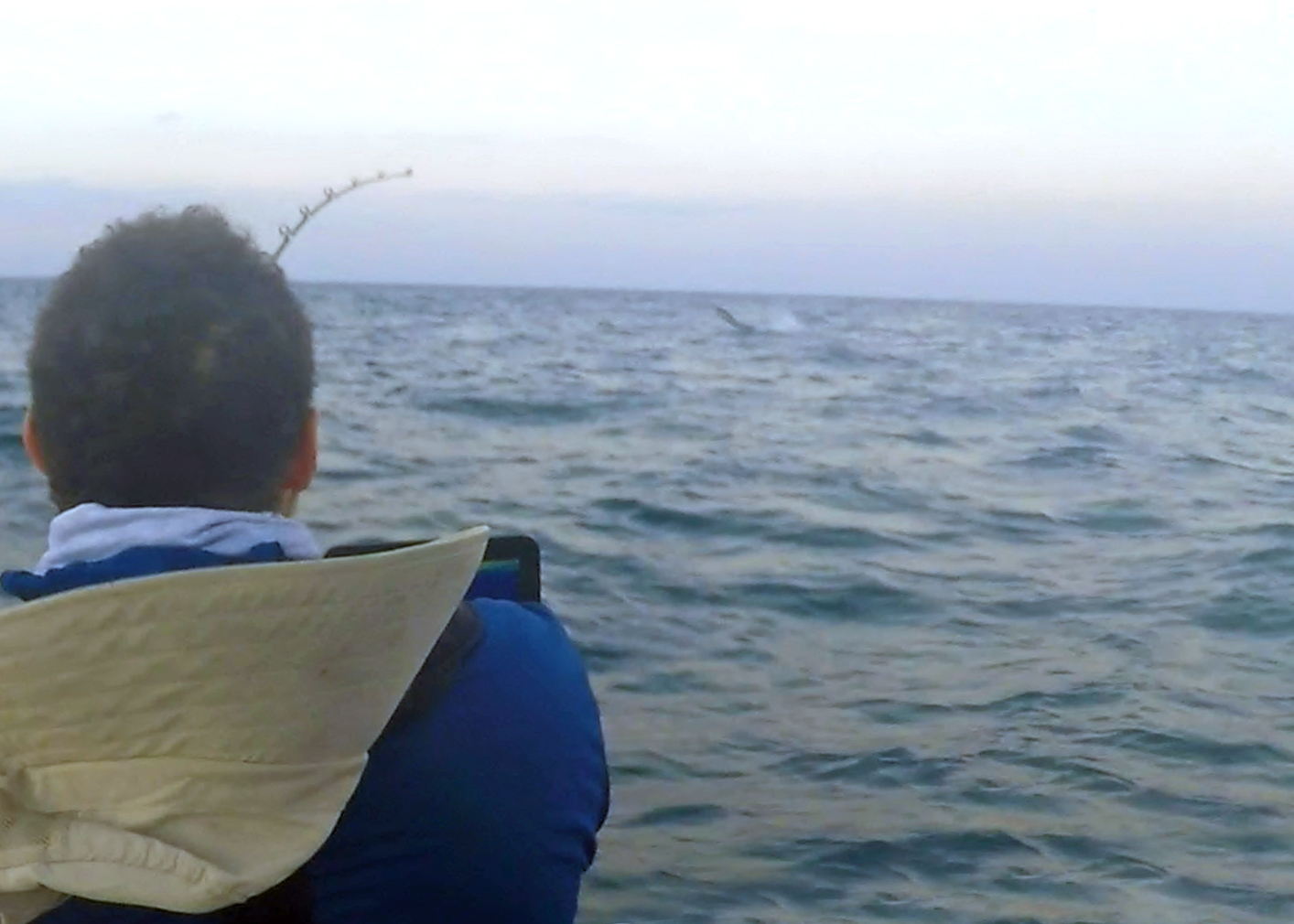 The sail did many jumps and then started heading out deeper. I was pretty tired from a full day of peddling and did not feeling like going through the entire process. I peddled up for a quick leader tough, then broke him off and called a day. 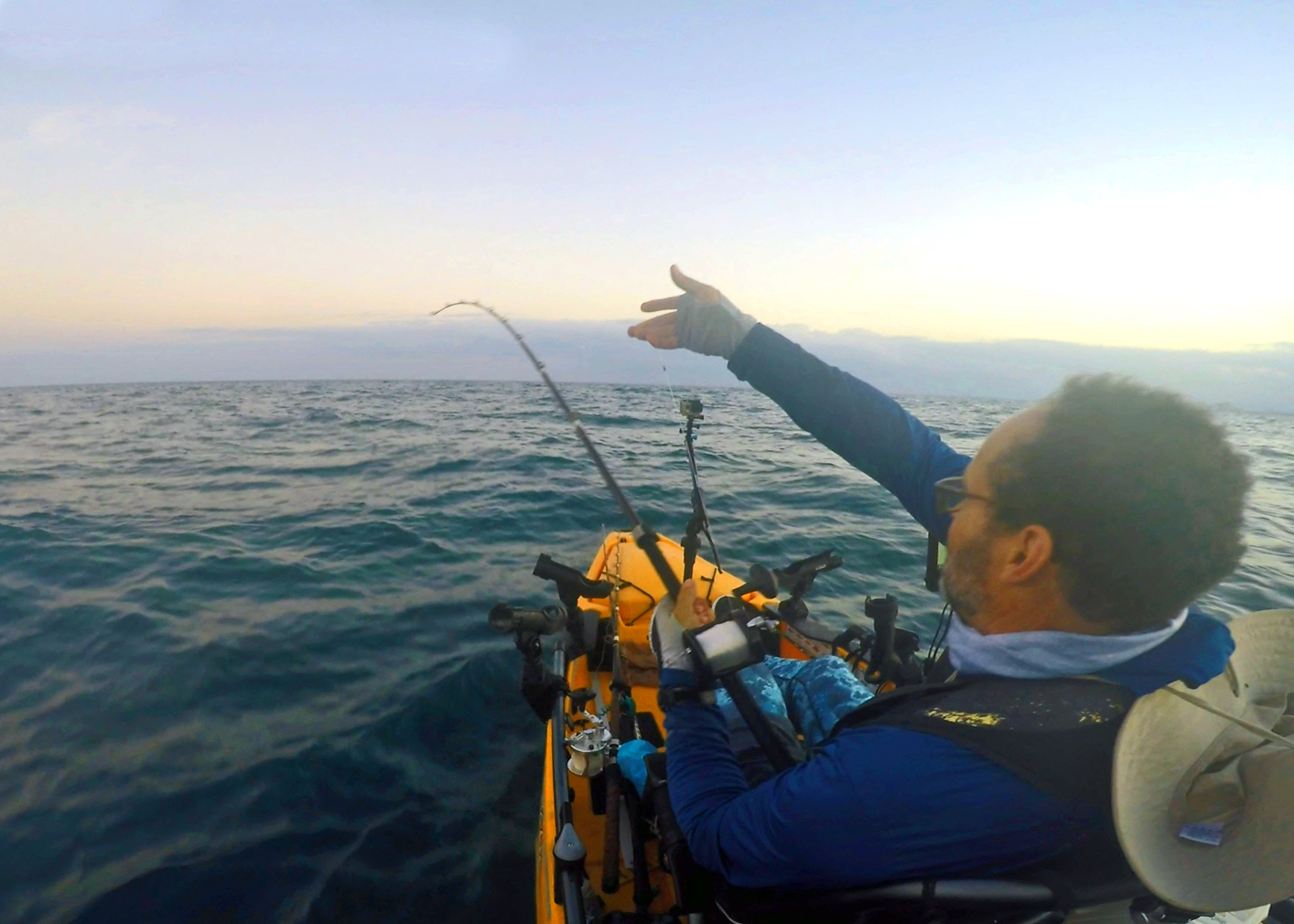 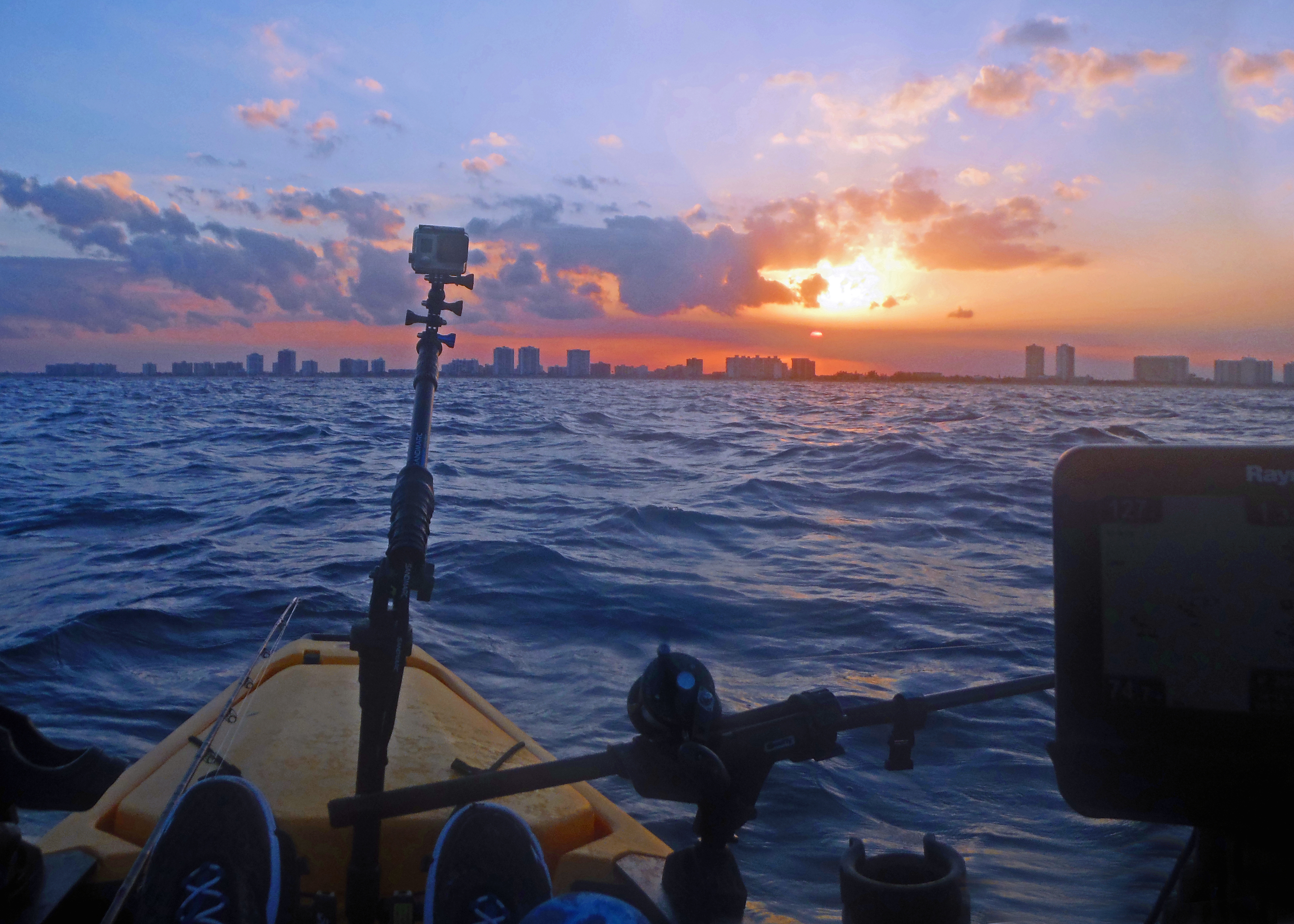