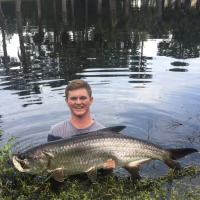 SnookSlob1 Posts: 72 Greenhorn
October 2017 in West Central General Fishing & The Outdoors #1
Going this weekend, fished it last weekend and just got a bunch of jacks from the pet beach. I want to get some snook from the pass between Honeymoon and caladesi. What other good spots on there are good for them (jetis?).
0 · Share on TwitterShare on Facebook