Within just a couple minutes of coming off plane in the area we planned to hunt, Alicia and I spotted two really good gators. The bigger of the two went under, while an 11 footer cruised east/west at around 70 yards allowing me a good casting opportunity with the snatch hook. Made a good cast and we were hooked up. Fought it for a solid 15 minutes putting good pressure on him the entire time. In hindsight, I really should have had Alicia get another snatch hook in it, but had her ready the harpoon instead. I was making good headway on the gator, and just as we anticipated the gator to 'pop' the surface, a claw tangled around the line and it was over. Another two feet and Alicia would have had a dart in him. Big bummer for sure, but what a rush.....

We hung around for a while but never did see another good one in range around that area. Decided to start our slow hunting and get the lights rigged up for the evening. We eased along and saw several 6-7 footers that don't make the grade. Then around 9PM Alicia locks the light onto a good set of eyes and we can tell immediately it's a decent one. We kill the outboard and slip the trolling motor into the water to start the stalk. We tailed the gator around some bends and curves for around 10 minutes or so when it finally offered me an opportunity for a cast at 50 yards out. Made a solid cast and we were hooked up.

Then the Chinese fire drill began. In my opinion, gator hunting is ideal with a 3 man crew. One person to get the initial hook in him, a second person to get another snatch hook in it, and a third person waiting with the crossbow/harpoon. Since it was just Alicia and I, I focused on getting the gator to surface with the single snatch hook while she got the crossbow ready for a shot. We had to maneuver around several blow downs and obstacles, but when the gator finally popped Alicia made an incredible shot putting the bolt right into the eye. Not ideal shot placement to aim for the head, but at 3 feet away it did the trick. The gator didn't really offer a great shot opportunity and she did the best she could to ensure we got another line in him. And what a shot it was.

The battle ended shortly thereafter with a .44 mag detonated just below the water that almost blew out my eardrum. Lots of little "mistakes" like that along the way as we dust the rust off from taking a hiatus last year, but it'll all come together by season's end as we have another 5 tags to fill.


We hunted our way back out and snatched another one around 8 foot that we could have taken, but with only one tag left for this area we decided to let it go and hold out for a trophy.


Really fun hunt and will be back at it this week to try and fill our 2nd Gadsden Co. tag. 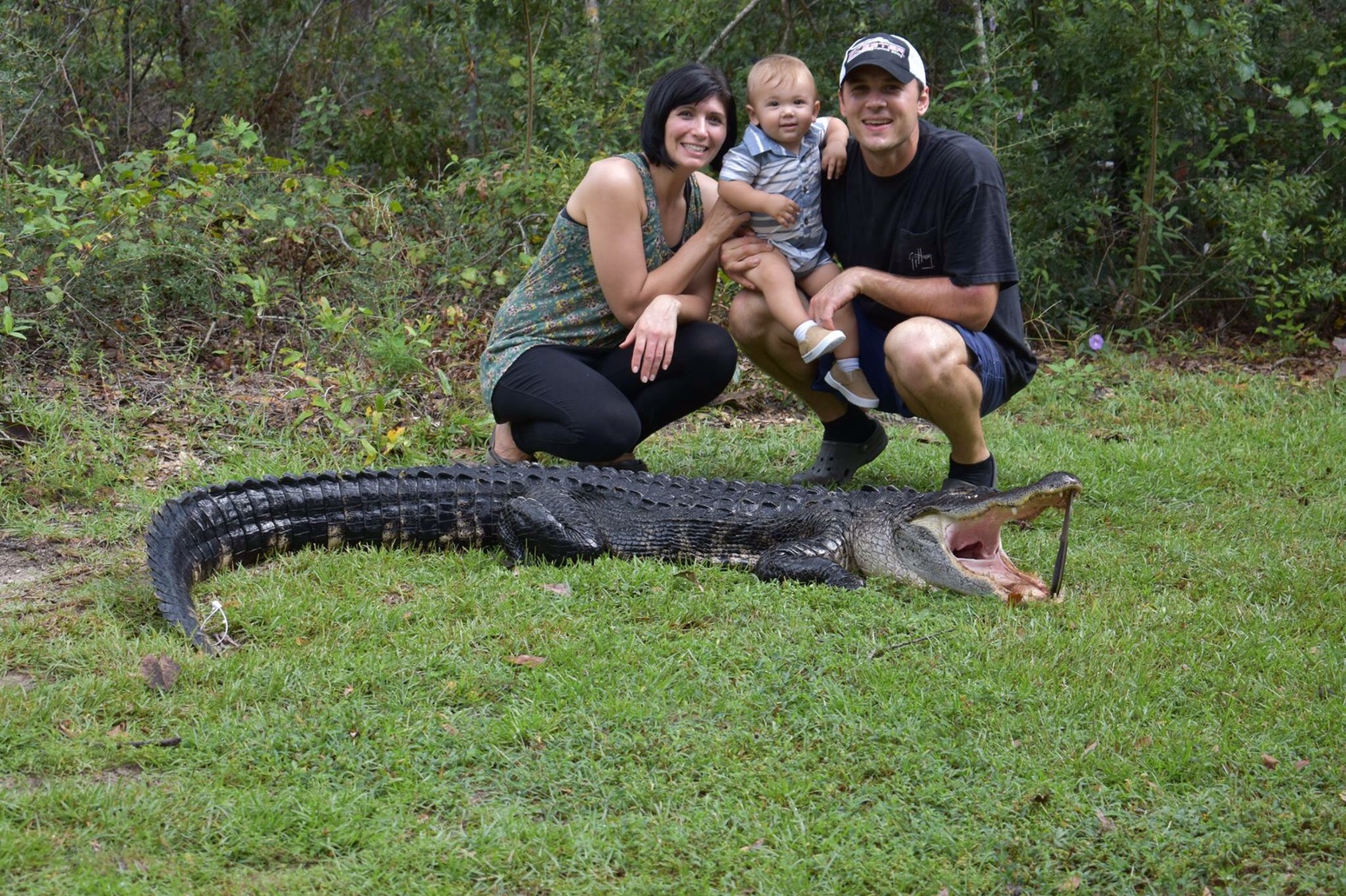 Sent from my iPhone using Tapatalk
They Can't Us "You Should Have Been There Yesterday"...........Because We Were!
0 · Share on TwitterShare on Facebook