T - L U V Posts: 187 Officer
April 2017 in South General Fishing & The Outdoors #1
Eased out of the inlet to some SPORTY seas. We bump trolled right out of the gate north with a mix of goggs/pilchards In the spread. Picked up a 6lb black fin right off the bat in 110' which ate a flatlined pilchard. Continued for another half hour till I realized it was just too tough with the ripping current and the 4 to 6 footers that were barreling in. Decided to just do some drifting. We started our drifts in about 350 to 400 each time. The first drift, we had a 10lb dolphin eat the Goggle Eye (250') that was on the balloon, then swim over and ate the flatlined pilchard. Both rods go off with the same fish hooked. Ended up pulling the hook from one but the other one stayed and we put him in the box. Our next drift produced another 10lb dolphin which ate a gogg (350') as we were letting it out. Ended up putting him in the box. We ended up getting a snake king (150') and also went 1/2 on sails (90-110') which was a first for one of the anglers. Brought him aboard safely for a quick pic since it was his first sailfish and quickly got him back in the water for a successful release. Got tired of getting beat up in my 22 footer so we called it a day at 1:00. All in all, not too bad of a day with crappy conditions!! Sorry no pics of nothing but the sail! 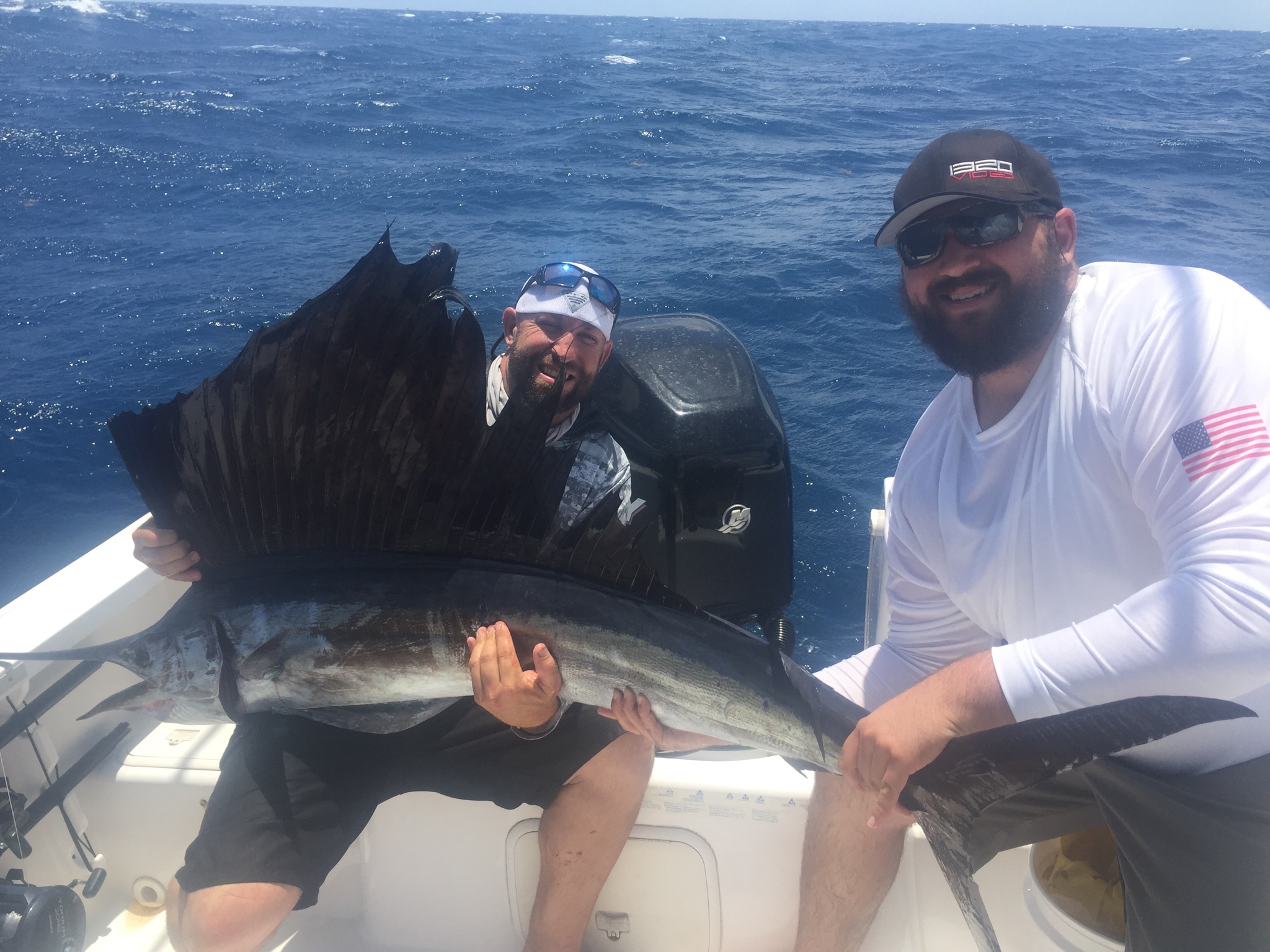 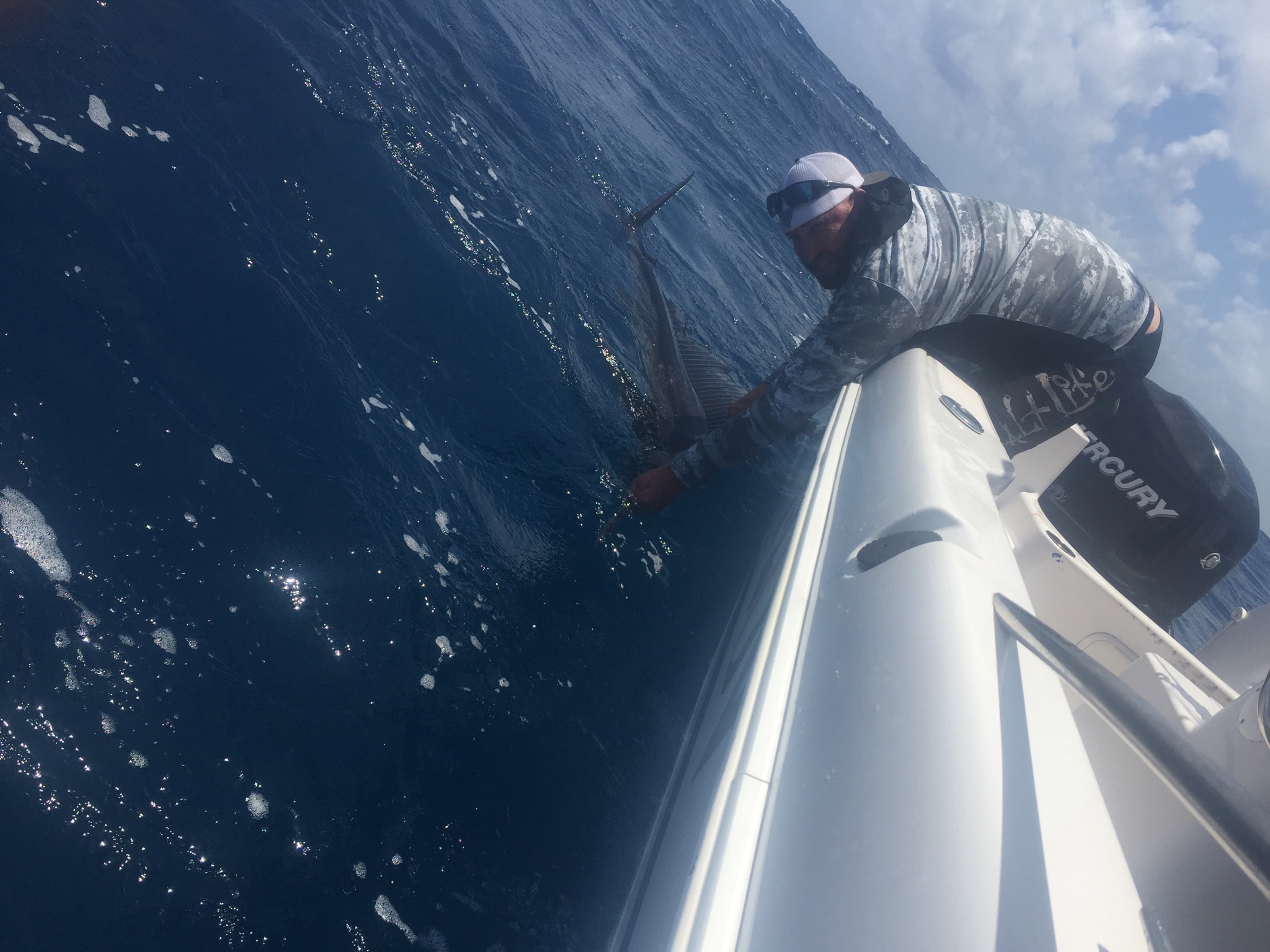