kingkong954 Posts: 658 Officer
January 2016 in Big Bend General Fishing & The Outdoors #1
The plan for Saturday was to figure out if the Trout had headed into the creeks, and do so before the front soaked us.

Morgan and I arrived at the flats behind Snake Key by around 820am to low, cold (~58f) water. Surprisingly I found a slot trout almost immediately, but not another for almost an hour until we got to our last pot hole. There we found a typical school of slot trout.

The action was fast-paced, and Morgan remembered she had brought her 8wt fly rod, so out it came! I sat back in awe as she pulled in a handful of slot trout, each proceeded with a giant smile: 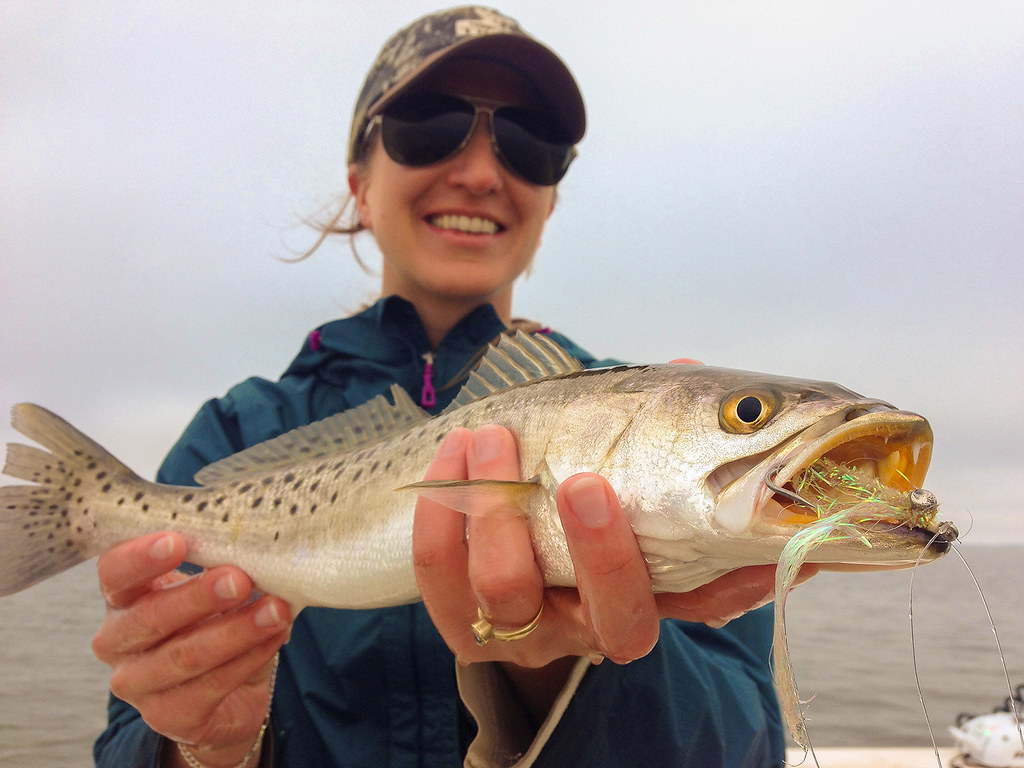 After that calmed down, we decided to hit up the creeks. We ran to the Tripod Pt. area and entered a few of the creeks looking for more trout and perhaps even some reds.

In the first creek I caught an iddy bitty red who had one of the bluest tails I've ever seen: 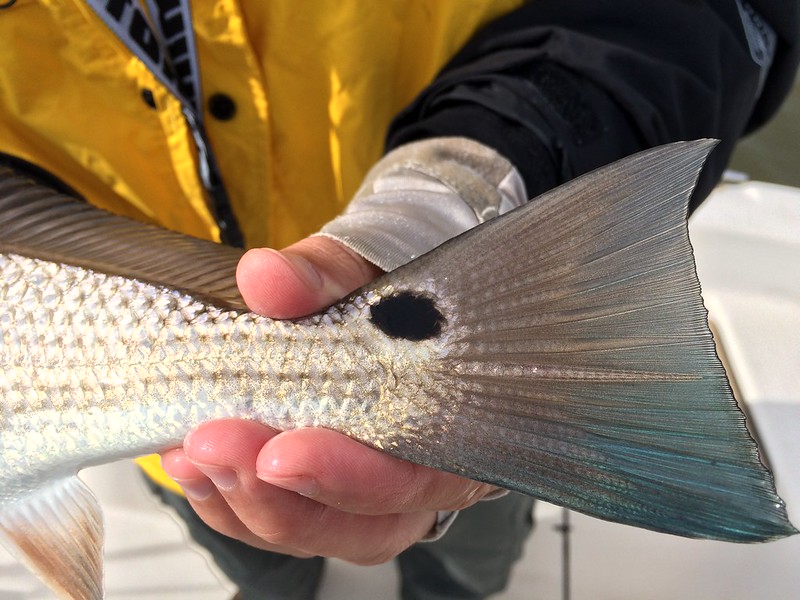 On our way out of the creek I managed to get my lure stuck in some grass. After much yanking and pulling and cursing the lure pops out into the water.... and wraps around my rod tip. After some cursing and untangling I find out the action had somehow attracted a redfish, who had eaten the lure while I untangled the line! After a nice fight on the ultra light gear, this 4lb'er was photographed and released (actually... all fish were released) 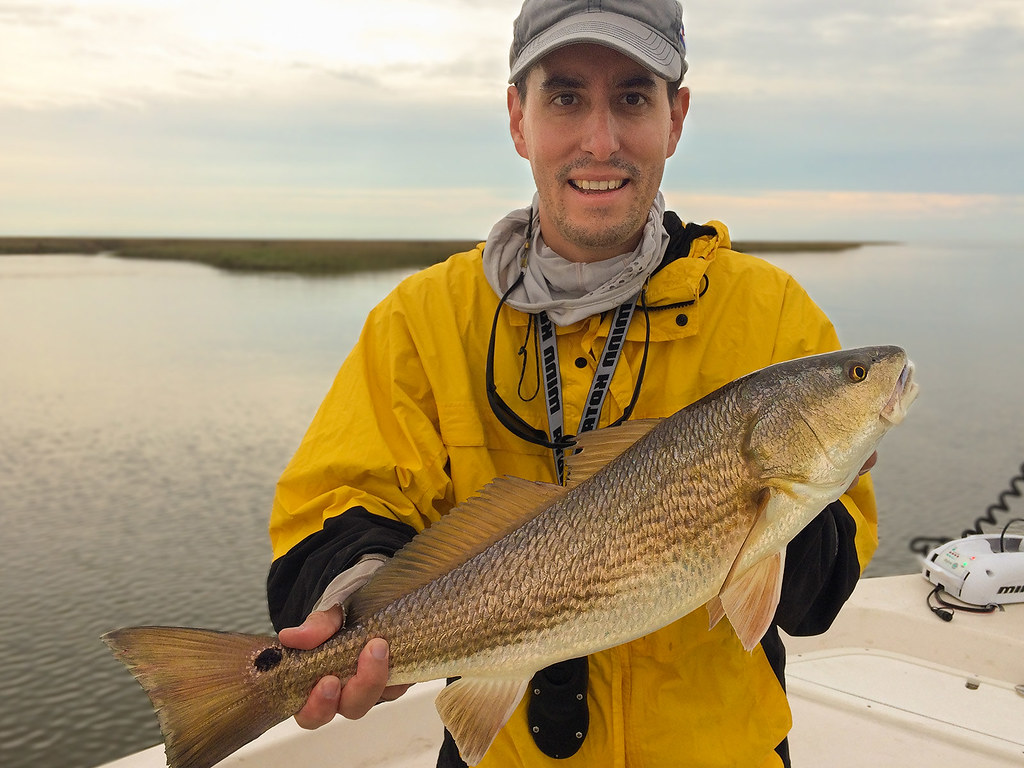 We tried one more creek on our way out (before the rain arrived) - I believe we were mostly up East Griffin Creek, but only found a single trout, but a beautiful view: