Produkt Posts: 592 Officer
September 2015 in General Paddle Craft #1
Tons of kayakers were there when I showed up at 6 am, looked like a tournament. Launched, caught a couple runners for bait and headed out. There were tons of mullet schools offshore, from 100 up to 300 feet deep. Tried trolling around them but never connected. A few guys got some kings early in the morning but the live bait drift was mostly slow despite baitballs everywhere. Went out a little deeper to 315-325 and found some tuna. Headed in to make it to work by noon. Looked fishy out there. 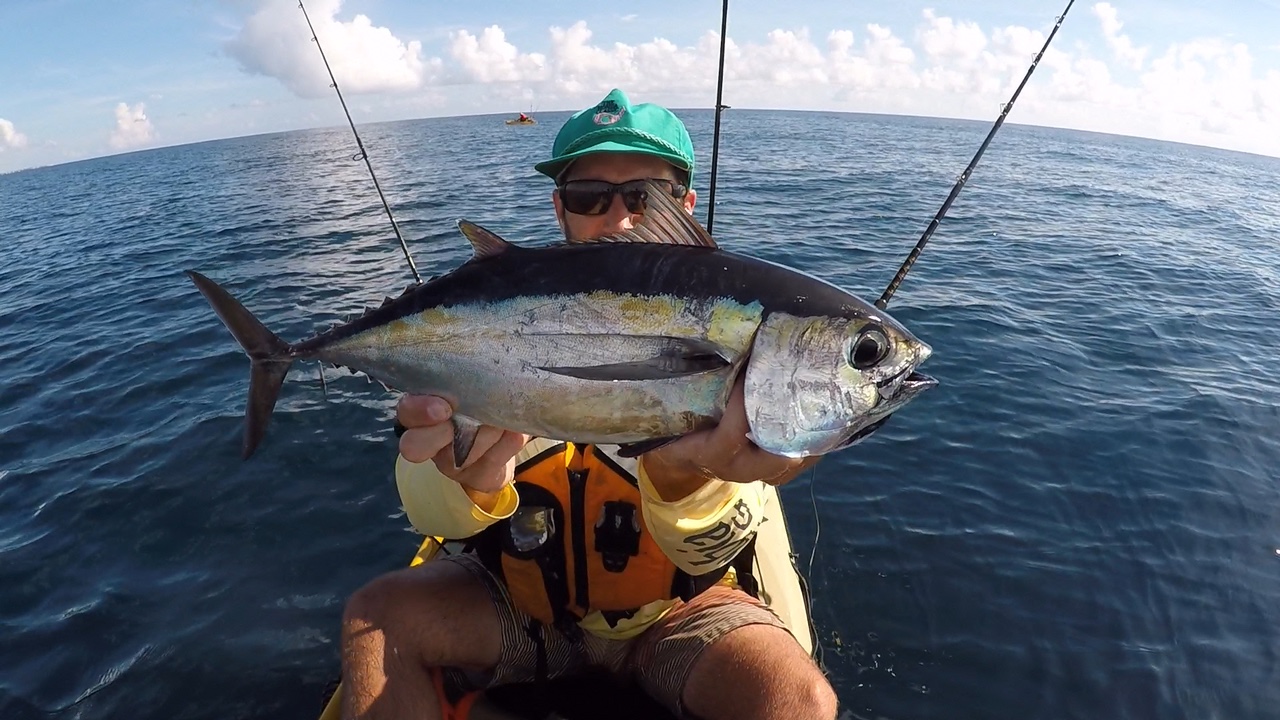