Big Bend Brian Posts: 1,414 Officer
September 2015 in Big Bend General Fishing & The Outdoors #1
You Big Benders are near & dear to my heart so……here’s a Steinhatchee scallop n’ fishing photo summary of my Boy Scout Troop 277’s campout last weekend.
Ya gotta love an organization like Scouting for today’s youth to try new adventures, push boundaries beyond their comfort zone, learn how to lead others, be able to make mistakes in a safe forgiving environment & overall just have fun being a kid!!

Here we go…….
28 Boy Scouts and 12 Geezers (Geezer Patrol = fathers) from Troop 277 in Ponte Vedra Beach headed off for a Steinhatchee Scallop N’ Fishing campout.
Twenty three of these scouts had never scalloped before so this was going to be really cool to introduce to them a truly unique Florida activity (9 of the 12 dads had not scalloped before either).

A week prior to this campout a Snorkel Training Workshop was conducted with some of the scouts who wanted to earn their BSA Snorkel Badge and improve their snorkeling skills.

Friday night : Leaving after school we arrived after dark at Manatee Springs and the scouts set up their tents.

Saturday morning was a quick cold breakfast and we hit the road for Sea **** Marina. We had rented five of their 24 foot Carolina Skiffs and after our Captain safety briefing our Scout Chaplain led us in prayer for a safe & fun filled adventure.

Since the Steinhatchee area water clarity and u/w visibility was poor (dark) due to the heavily tannin stained water we headed 17 miles to the north to the Keaton Beach area. Interestingly we saw no scallopers until we hit Keaton. Once there, there was a small scallop flotilla of approximately 30 boats.
Now putting 40 people “ON THE SCALLOPS” was going to be a daunting challenge but we were extremely lucky as the first spot we stopped at the scallops were abundant and we did not have to move the entire day (that prayer really worked)!

Scouts poised to hit the water

David chasing one down

Will with his scallop loot 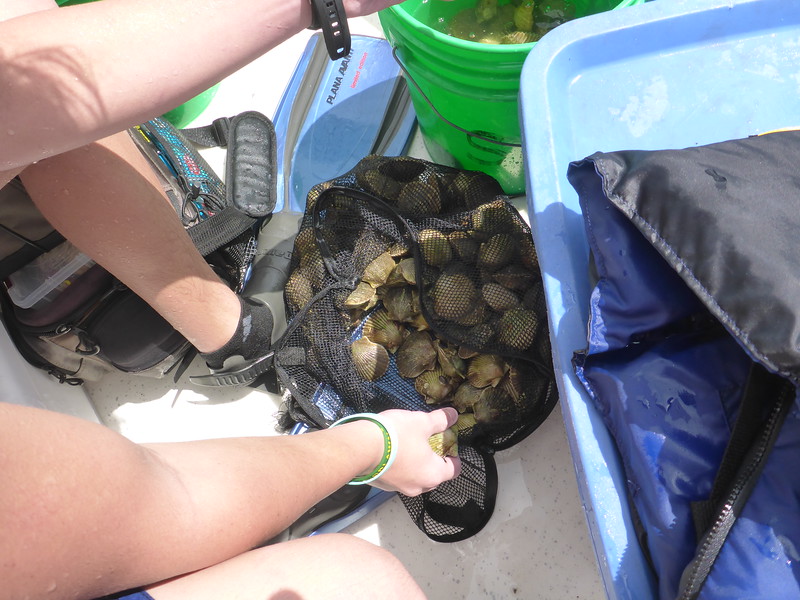 Joshua and his catch 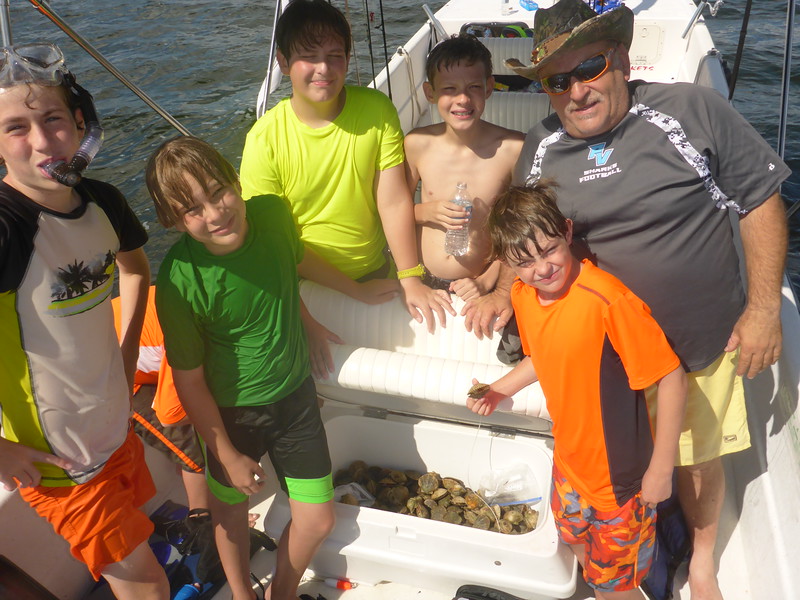 A number of scouts caught these starfish

After some cleaning instructions……..

on the half shell

Once the scallops were clean there wasn’t a lot of time left for fishing but nevertheless fishing operations commenced. We didn’t have time to move so we used small hooks to catch pinfish and similar fish.

Dominick and a small black seabass

Will & his black seabass

Andrew and his pigfish

On a larger Team rod we put out a large dead bait in the hopes of catching a shark and ended up with this guy…….

After a few fish were caught (sharks, catfish, pinfish, spottail pinfish, pigfish, black seabass, & puffers) it was time to return the rental boats to Sea ****.

Running back to Steinhatchee

Some of the boys got to run a boat for the first time ……..

The smiles made the day all worth it!

Back in the channel

More to clean at the Tiki Hut station………… 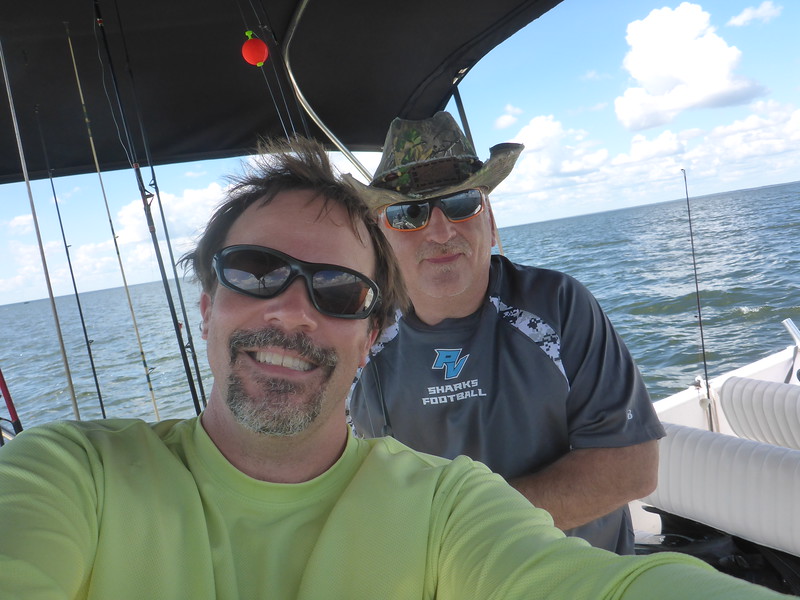 Selfie of Assistant Scoutmasters Rich & Hugh. Rich is one of the two T277 Camping Directors and he was responsible for putting this campout together.
Well done Rich!

Saturday night at camp:
Back at camp the scouts had enough time to cook their patrol dinners before it got dark.

Saturday night’s campfire program run & organized by the scouts:
skits, songs, and ending with a solemn Flag Retirement ceremony (by burning)
The scouts did a great job!

Made to order omelets…..

About to depart for home the scouts do Roses & Thorns (each scout states his highlight and low side of the campout).
Roses were mostly scalloping and the Thorns were the heat at night & no Dairy Queen stop after scalloping.

Words to live by:

Scout Oath:
On my honor I will do my best
To do my duty to God and my country
and to obey the Scout Law;
To help other people at all times;
To keep myself physically strong,
mentally awake, and morally straight.