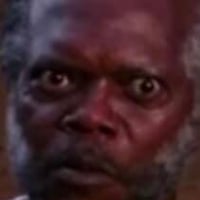 ANUMBER1 Posts: 12,735 AG
June 2015 in Conservation Front #1
for a federally permitted Charter (not headboat) vessel VMS, observer program for the GOM (voluntary of course).
Real time, hard data for the charter fleet, something they can bring to the bargaining table at allocation time.

saying.
I am glad to only be a bird hunter with bird dogs...being a shooter or dog handler or whatever other niche exists to separate appears to generate far too much about which to worry.
0 · Share on TwitterShare on Facebook